Megacities of today form the core of our modern civilization. In these modern megacities, citizens are often unaware of the massive undertaking by city planners who had spent countless sleepless nights planning for the perfect city that we now call home. However, these are now beginning to show their age – congested roadways, deteriorating air quality, chaotic streets, are just a few hints that prove the aging theory right. City planners of today are scrambling to find solutions to these problems, and the solutions of yesterday will no longer work for the problems of today. 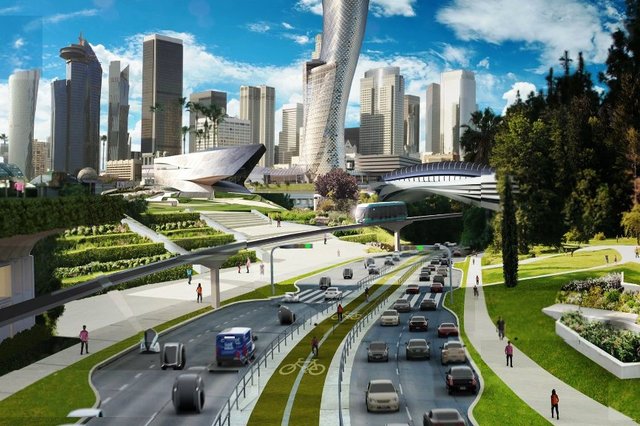 In 1908, Henry Ford helped revolutionize how we perceive transportation by introducing the world to the famous Model T. Overnight, the Ford Motor Company changed the urban landscape, and transportation suddenly became a lot more interesting. Over a century later, our cities face chronic congestion and for many of us, commuting has become a chore. Worse yet, experts predict that in the next few decades, our planet will be home to over 9 billion people! Just like its founder did over a hundred years ago, the Ford Motor Company of today has envisioned a better future for mankind, and their vision is called the City of Tomorrow. So what is the City of Tomorrow? Primarily, the City of Tomorrow will see four major aspects of our lives shift to a better paradigm. These four factors include – Technology, Mobility Solutions, Infrastructure, and the Environment. 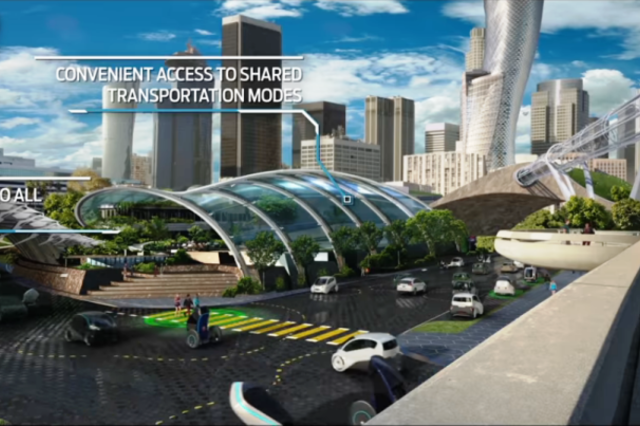 Ever since the first Model T, technology has grown in leaps and bounds, and the cars of today bear little resemblance to the humble T. Our cities have also been revolutionized, with giant skyscrapers that pierce through clouds, to massive roadways that span across several lanes. Most major cities around the globe are home to millions of people and are an organism of their own. City planners, architects, and engineers rely on up-to-date technology to ensure that the city runs as a well-oiled machine. However, technology needs to be updated and our reliance upon it makes that matter even more important and urgent. Most of our modern automobiles are pretty high-tech in their own right but aren’t exactly future-ready.

Current driver-aid technologies like radar-guided intelligent cruise control, lane-change and lane-keeping assist, self-parking, automatic emergency braking and collision mitigation are all quite cool and very impressive. However, cars in the City of Tomorrow would likely take these to the next level, and possibly incorporate even more technology to go completely autonomous. 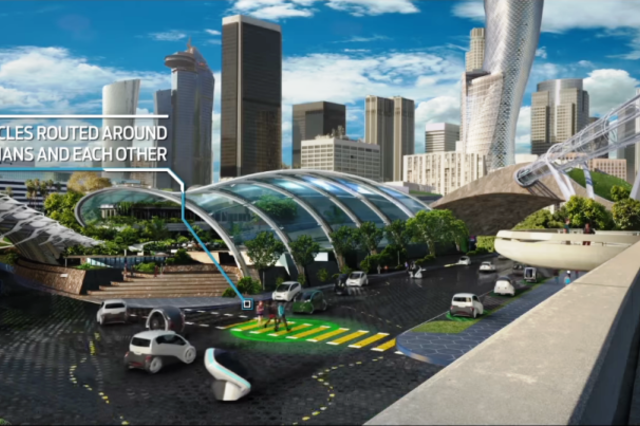 Currently, fully autonomous vehicles (or AVs) are still in the testing phase and haven’t fully proven their mettle in dense urban environments. They are restricted to very limited routes, mostly in highly-controlled environments where wizards in white lab coats can observe and learn their behavior. Though these AVs are good at driving themselves in such environments under the careful watch of their creators, they aren’t yet ready to be used out on the streets by folks like you and me. This means that their reach and impact on our society as of now is limited, and perform more of a test-bed role than being an outright alternative to standard automobiles.

However, it isn’t just the technology onboard AVs that need evolving. Our current cities aren’t well-connected enough to allow for a citywide network that allows for a seamless vehicle-to-vehicle communication and the smooth functioning of everyday operations. The City of Tomorrow will likely have a more robust central database that will monitor, collect, process, and action on every kind of information without needing much human intervention. 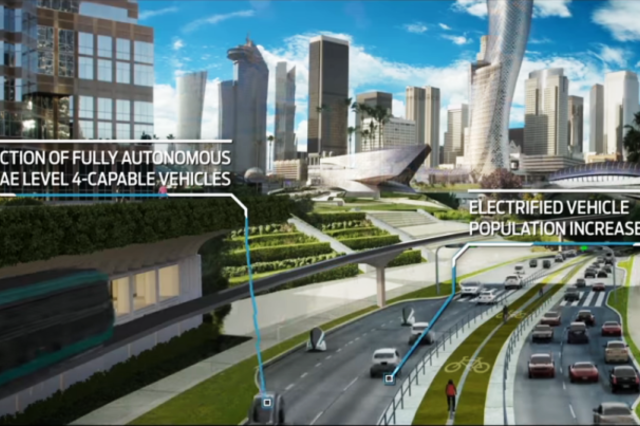 Given the fact that the population of our planet is only going to go up (manyfold in the decades to come), the current congestion and traffic gridlock will only get worse… much worse. This means that cities need to come up with better mobility solutions if the City of Tomorrow is to ever come true. The two most important facets of travel in our cities include public transportation and personal modes of transport (such as cars for example). The former includes a wide variety of options such as buses, trains, ferries, taxis etc. However, during peak business hours, these services run at capacity, and choosing a shuttle service or taking the train becomes a really tedious job.

The road networks aren’t faring any better either. We often find ourselves stuck in traffic and once again, commuting from one point to another turns into a nightmare. Whether you are being driven in a taxi or your own car, or even if it is you that’s doing the driving, it only makes sense to make better use of time, possibly doing something more productive or entertaining. The City of Tomorrow will see everyone gaining access to mobility, if not their own vehicle. If you want to go to your friend’s place, go out for a movie, or want to dine with someone, an app on your smartphone is all that will take to request for an AV, which would pick you up and drop you off at your desired spot and without fussing about with a cabbie. 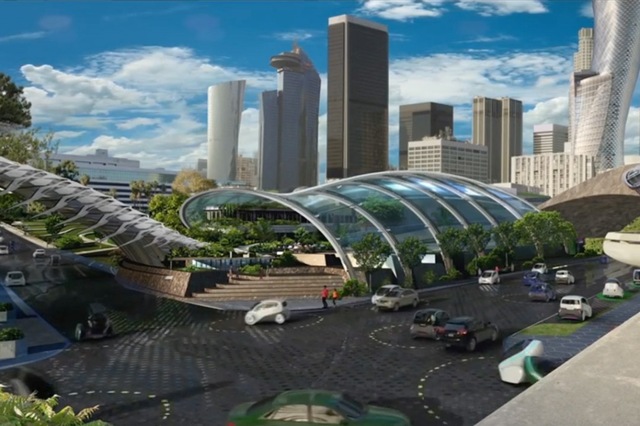 Ford’s concept may never rely on just one solution for the mobility requirements of its people. According to the American carmaker, each city will likely make use of multiple solutions to solve their individual transportation problems. This could mean increasing the frequency of shuttle services or more trains running on the same stretch of track, to making better use of ride-hailing services to reduce the overall number of vehicles on the road, thus reducing congestion. Ford claims that the future of mobility will see an extensive application of AVs. Depending on the city in question and its requirements, these AVs will be tailor-made to complete certain tasks such as delivering pizzas, picking up and dropping your kids to school, or taking people to work. Future shuttle services will also make extensive use of autonomy, thus not only ensuring the quickest and most energy-efficient route but also making sure that you reach your destination safely.

However, fully-functional autonomous vehicles for public use are still some time away. But in the meantime, Ford suggests we make better use of our existing public transportation systems, and also utilize ride-sharing services to further reduce the strain on the transportation grid. Ford believes that each city should come up with its own solutions, as the solution that works for one, may not work for the other. 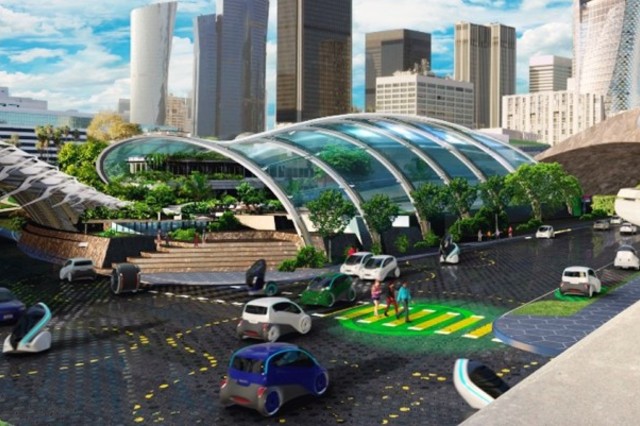 As with mobility solutions, the infrastructure of our cities will have to go through big changes to bring out noticeable improvements for everyone to see. City planners and local governments, along with the citizens, will have to come together to ensure that infrastructure of the City of Tomorrow will work for everyone. Currently, clusters of high-rises and busy streets occupy much of our urban landscape and this landscape is often deprived of any form of greenery. This, according to Ford, not only depreciates our quality of life but also makes the urban life seem a lot more monotonous. Adding some greenery not only adds color to a city but also helps reduce air pollution. The latter is one of the worst by-products of a present-day megacity.

The City of Tomorrow will not only be more electrified in nature but will also incorporate better connectivity between its citizens and the city itself. It will also be home to self-sustaining farming communities where basic food items will be grown in customizable pods, thus not depending fully on a separate piece of land to source some essential food items. At present, megacities and its various governing and administrative agencies are fragmented and don’t necessarily work in a unified manner. This won’t be the case in the City of Tomorrow; where better connectivity between citizens and governing agencies will ensure a uniform and quick solution to local problems. 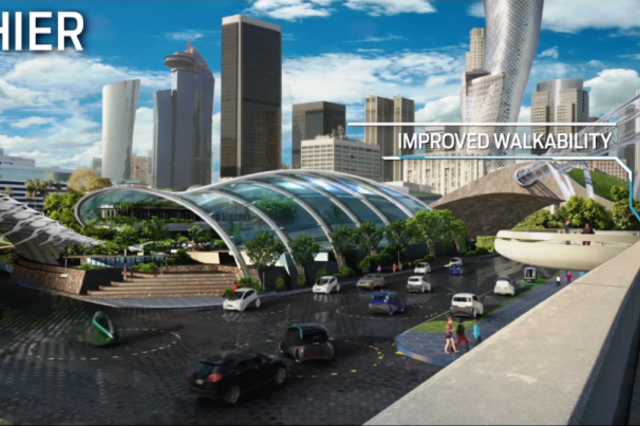 According to Ford, unlike cities of today, the City of Tomorrow will prioritize the environment way better. There will be a wider adoption of renewable energy sources such as solar power, and wider acceptance of electric vehicles (EVs) in the public. Currently, urban landscapes in most major cities have little to no coverage of greenery. This, in turn, harms the health of its citizens and generally results in a degraded quality of living.

Thanks to a more organized, intuitive and flexible infrastructure and smart mobility solutions, city planners in the City of Tomorrow will be able to paint vast areas of land with greenery. This will uplift the overall appearance of the city, while at the same time make its air far more breathable for everyone. This, along with the efficient use of space and resources, will lead to the City of Tomorrow being an actual paradise for its citizens. 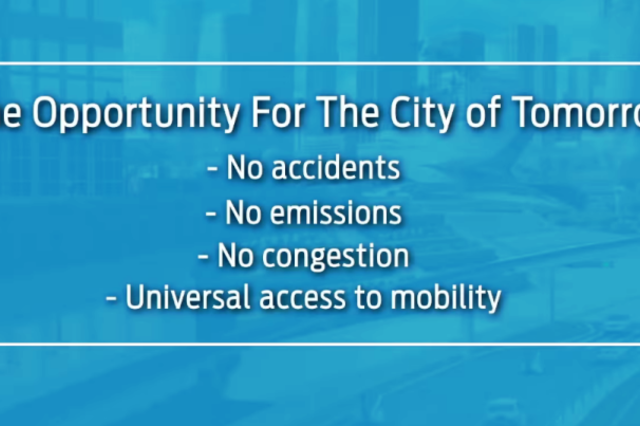 According to Ford, we should be able to see the City of Tomorrow taking shape in the next decade or so. Of course, this timeframe is predicated on many factors that need to come together, and will only get pushed out further if local governments don’t act today. Major institutions such as the Ford Motor Company cannot possibly achieve any of this on their own. That said, kudos to Ford for bringing forth such a noble idea and allowing us to learn what we could expect in years to come. Now let’s hope to see the Dubai of Tomorrow, soon.