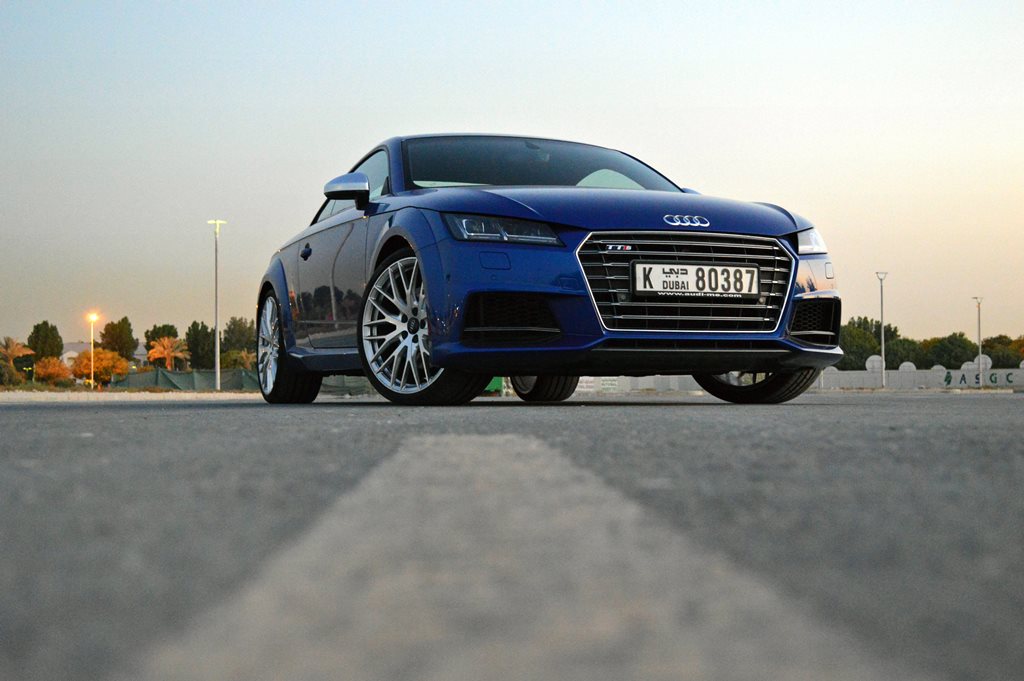 It was back in 2008 when hunky George Clooney was announced as a United Nations Messenger of Peace, that the boffins at Audi were tinkering with a vehicle set for the history books: the very first Audi TTS. Faster, louder, and significantly more exhilarating, the Audi TTS is catered to the enthusiasts and rivals the likes of the BMW M235i, Mercedes-Benz SLC300, and the Porsche Cayman.

Fast forward eight years later and we arrive at the third-generation Audi TTS – the most fascinating iteration yet. Finished in Sepang Blue, a color reserved for the TTS range, the German coupe’s dimensions and aggressive styling connote the sheer power hidden beneath its sloping hood. 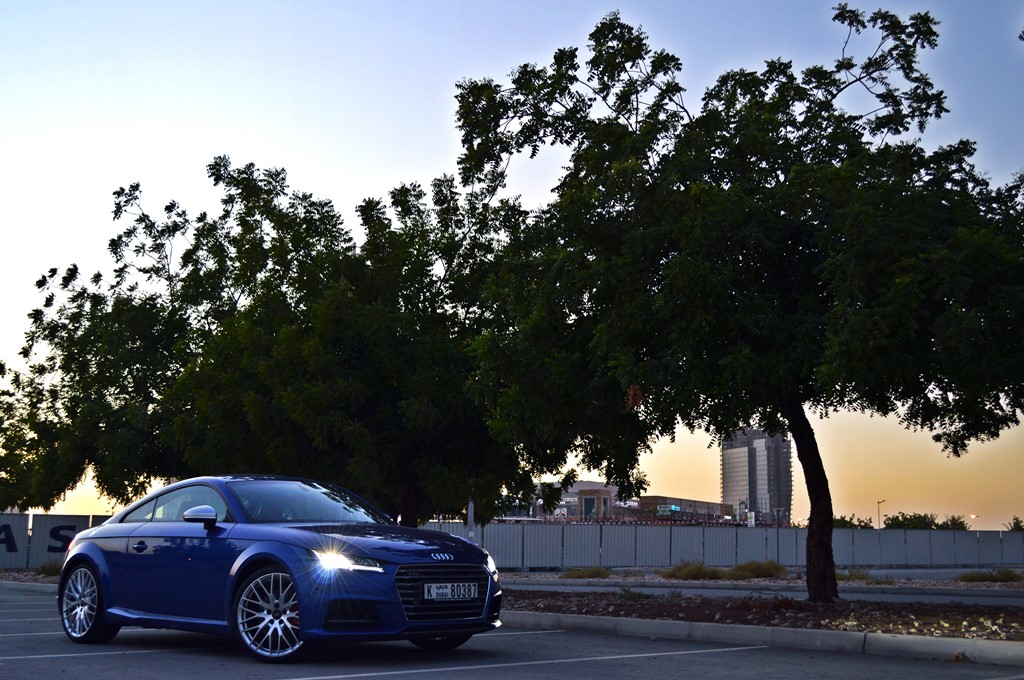 Low, wide, and intimidating, the Audi TTS 2016 bids farewell to the poseur-ish reputation of its predecessors. Determined to trump its rivals, the TTS has got its sights set ahead, all while donning its terrorizing game face.

Simplistic yet phenomenally put together, the cabin of the Audi TTS is composed of Fine Nappa leather, piano black inlays and bits of silver trim, all encircled with rose red stitching. Bidding farewell to the stale design doctrine of its rivals, the TTS positions itself at the forefront of innovation by replacing the central infotainment screen with a fully customizable instrument cluster display and adopting a rather unique take on digital A/C controls. 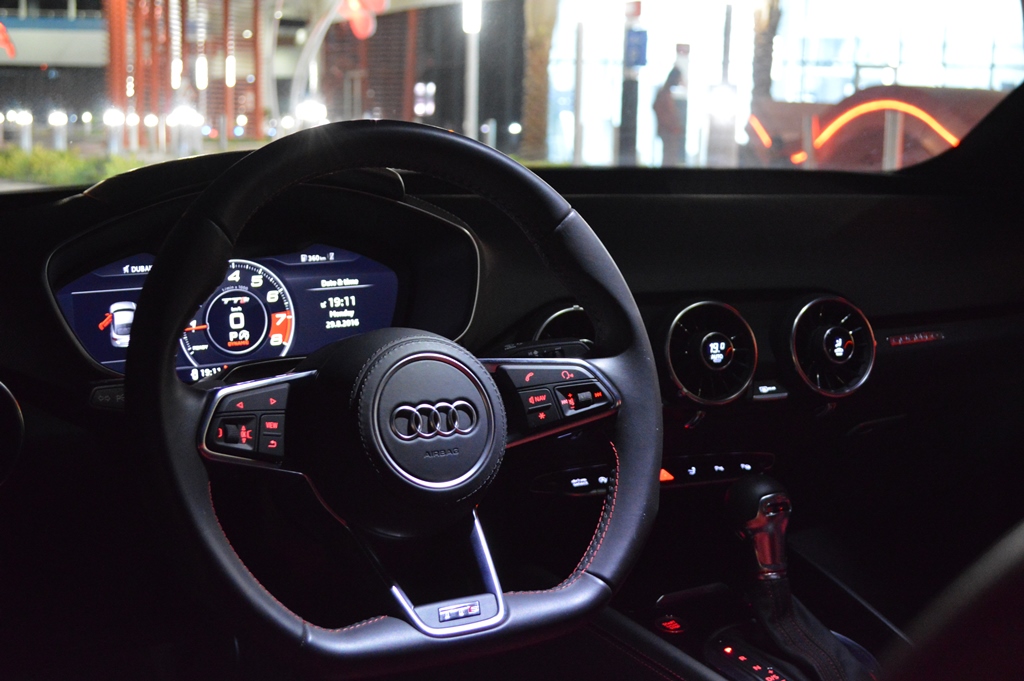 With a flat-bottom steering wheel, paddle shifters, and a set of aluminum pedals, the Audi TTS emanates and pays homage to its sporting heritage. Although, with negligible amounts of rear leg room, it is worth highlighting that the only chicks the TTS will permit picking up, are the feathered sort.

Donning a starting price of AED 247,000, the Audi TTS offers a plethora of features including, a splendid 12 speakers, 680 watts Bang & Olufsen sound system; auto-parking assist; automatic air conditioning; electrically adjustable front seats, and an effortless SAT-Nav system that won’t have you pulling out the manual every time you wish to operate it. On the safety side of things, the German coupe welcomes cruise control, a speed-limiter, a reverse camera, and a blind spot indicator, in addition to ABS, traction control, and stability control systems. 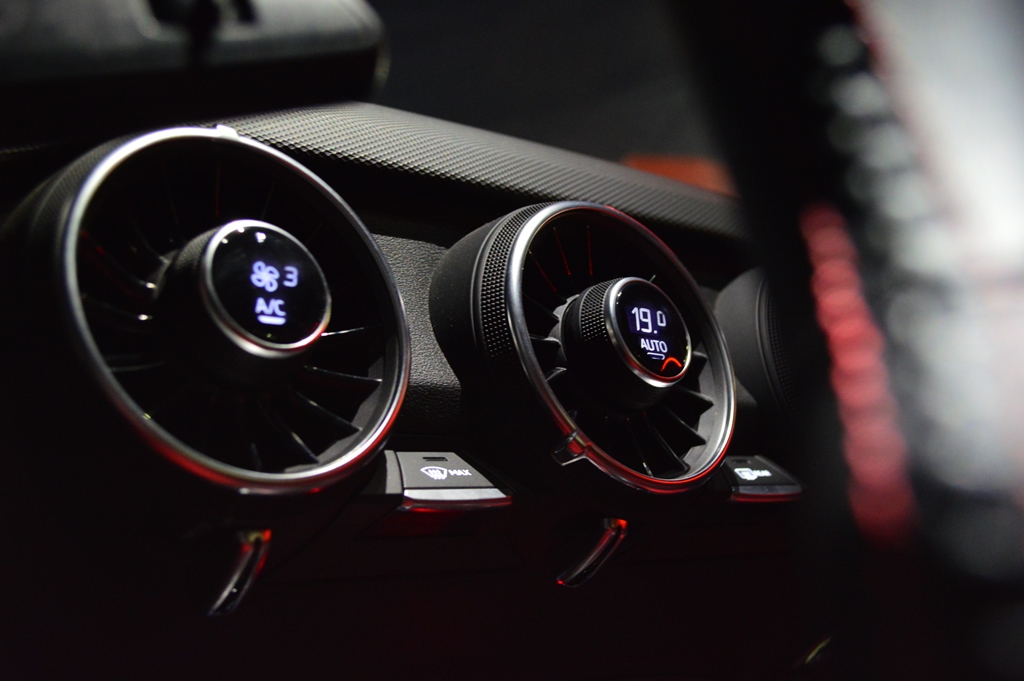 Powered by a 2.0-liter turbocharged four-pot, the Audi TTS produces 305 horsepower and 380 Nm of torque – a jump of 79 horsepower and 10 Nm over the standard car. Mated to a 6-speed S tronic transmission that rewards every gear shift with a sonorous snort, the drive in the TTS is best described as entertainingly exhilarating. 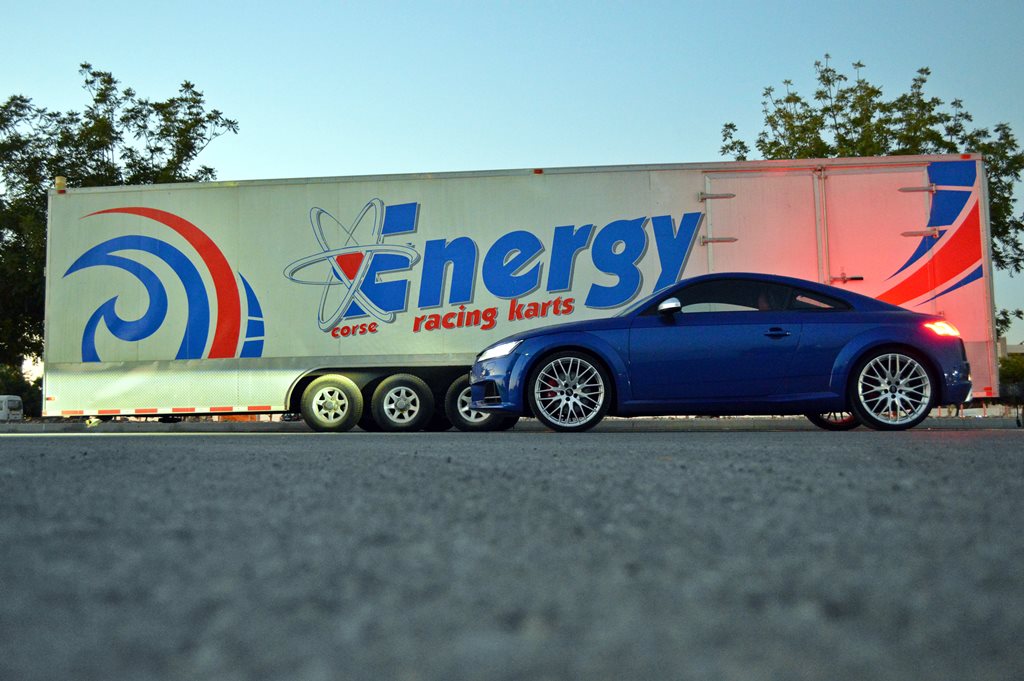 With the pedal depressed into the footwell, the Audi TTS 2016 dispatches a 0 – 100 km/h run in a matter of just 4.7 seconds before hitting its 250 km/h top speed. Jaw-droppingly impressive, keeping in mind it takes the BMW M235i 5.0 seconds, Porsche Cayman 5.1 seconds, and the Mercedes-Benz SLC300 an excruciating 5.8 seconds to display 100 km/h on its speedometer. 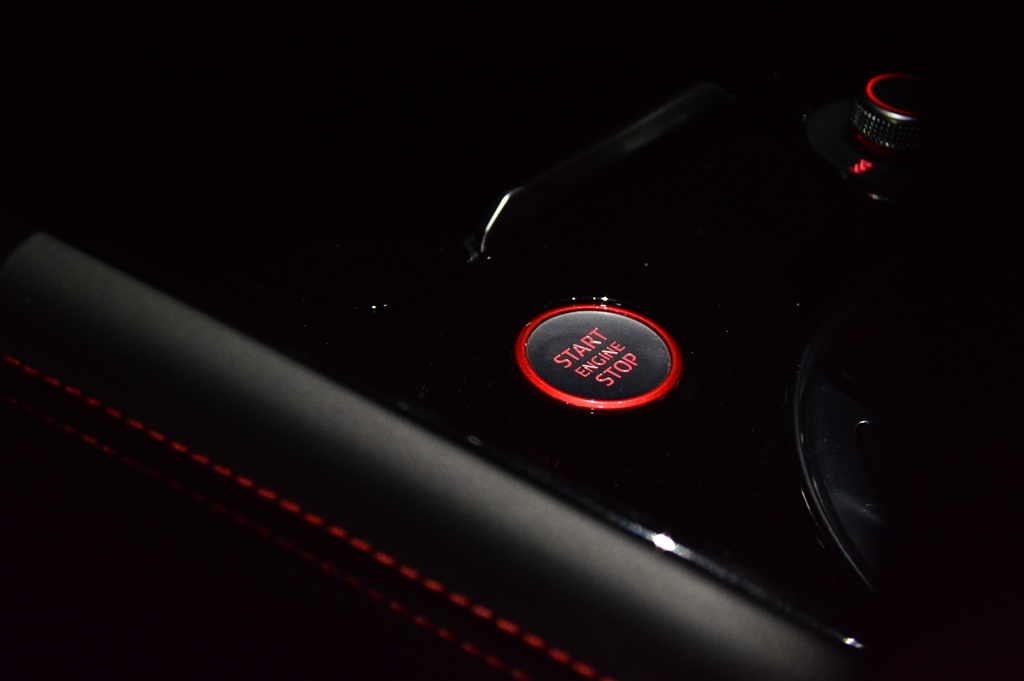 Mapped to a Quattro all-wheel-drive layout, the TTS offers immense amounts of grip and remains composed through the sharpest of turns, thanks to its stiff suspension set-up and 255/30 width boots. Turbo spool, is one to be negotiated with, allowing an instantons burst of acceleration after 1,750 RPM. 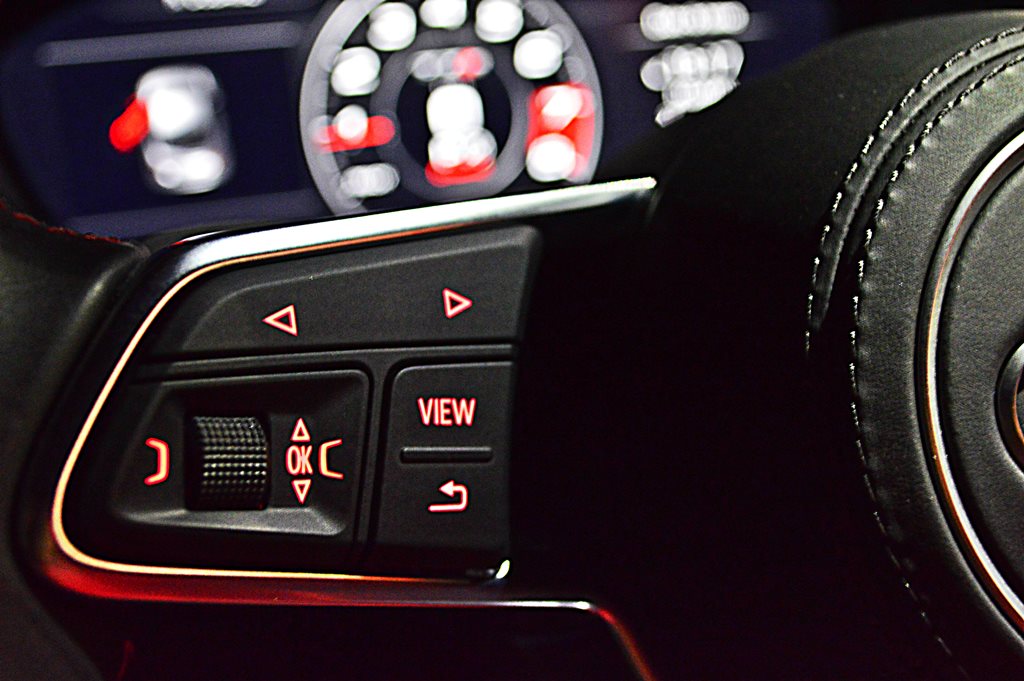 The Audi TTS is the perfect stepping stone for a potential R8 buyer. With a phenomenally balanced chassis, oodles of power, and an absolutely addictive soundtrack, it’s the best in its segment and a great teaser for what’s to come next. 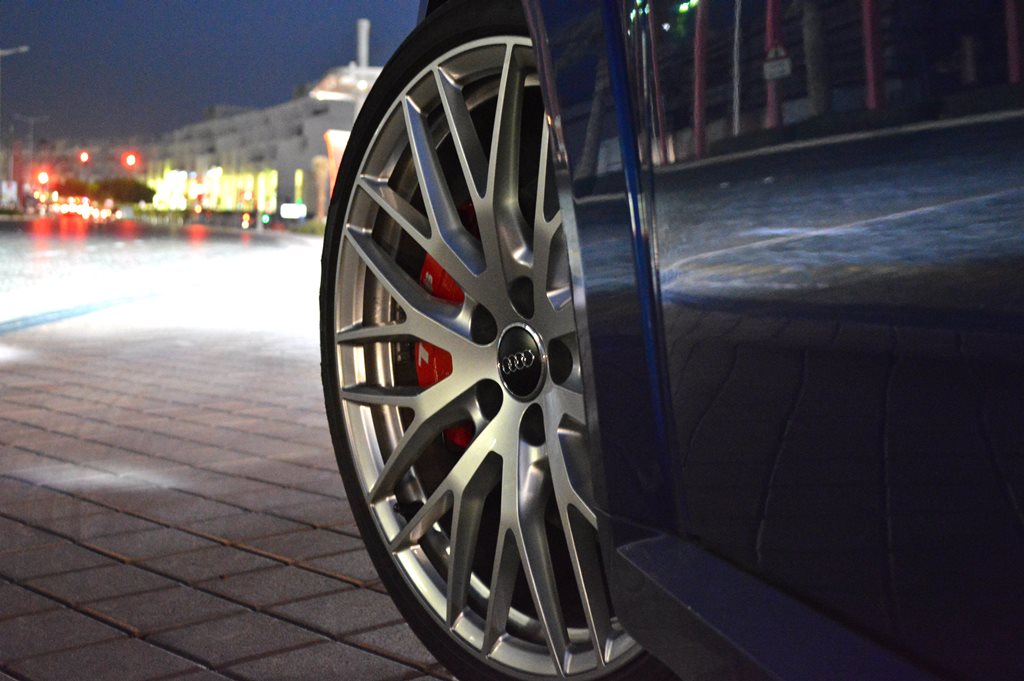