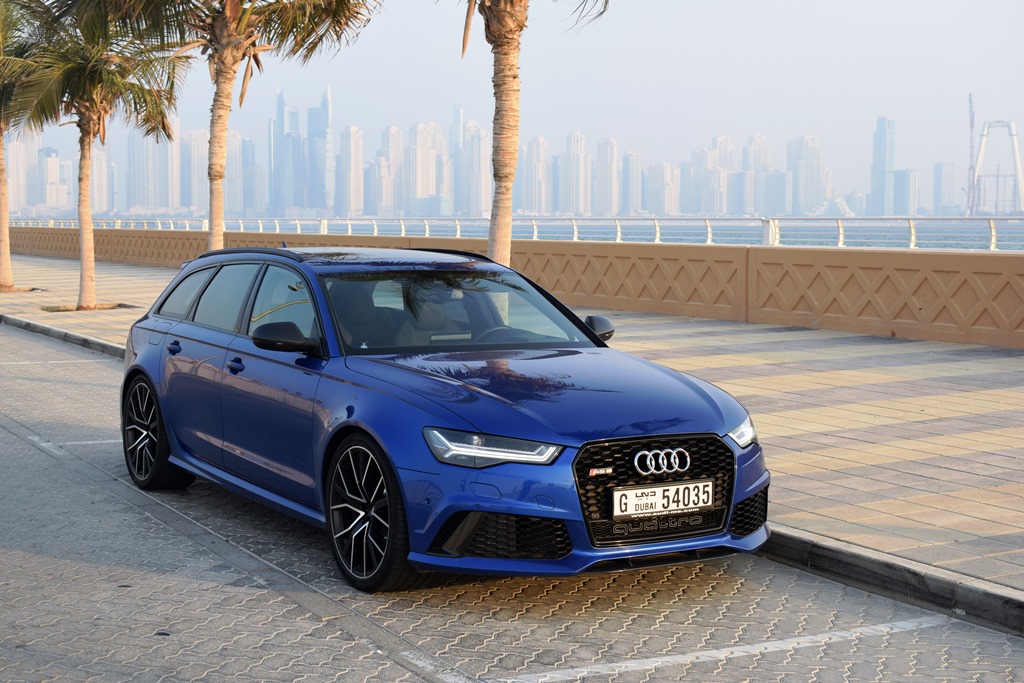 Audi has taken pride in their Quattro All-Wheel Drive technology since it was introduced in 1980 and they have only made it better. The all season Quattro technology sends immense power to all four wheels providing spectacular power, torque and maximum traction making it one of the very best amongst the competition.

Within the RS lineup, the Audi RS6 2017 competes alongside spectacular RS3 and the jaw-dropping RS7. First introduced as the C5 RS6 in 2004, Audi has raised its game over the years, as is evident in the RS6 Avant Performance introduced in 2015. The Performance Edition gives it a boost of 45hp over the standard RS6 Avant that generates an already staggering 560 horsepower. Powered by a 4.0L twin-turbo V8 engine churning out 605hp and bearing a top speed of 280 km/h, the RS6 Avant Performance is one the best Audi has to offer.

Don’t let the first impression of a muscle car conjured up with a station wagon fool you, this car is an amalgamation of sheer power and jaw-dropping beauty at the least. It will give you the sort of power most have never experienced behind the wheel. It has just the right amount of panache to make it one of the very best the industry has to offer. 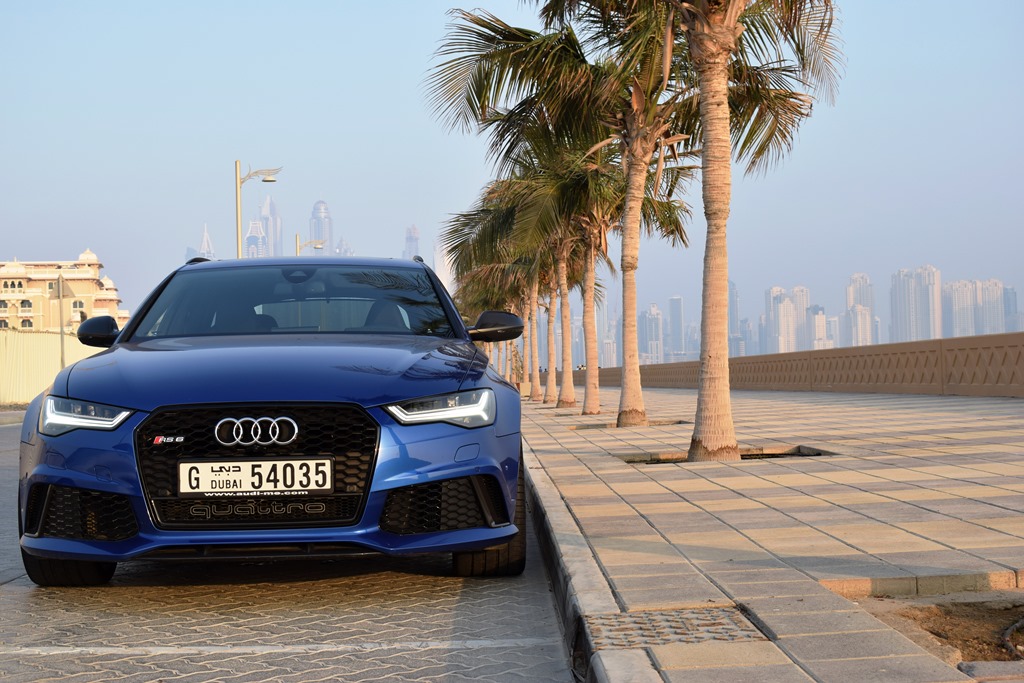 Compared to the standard RS Avant, the Performance variant has a sharper front grille, a darker chrome finish and redesigned headlights. It’s difficult to take your eyes off the 21” Cast aluminum alloy wheels that come in a 5 V-spoke star design. It is also nearly impossible to miss the RS branding on the car along with enhanced body styling that gives this car the admiration it receives from passersby. 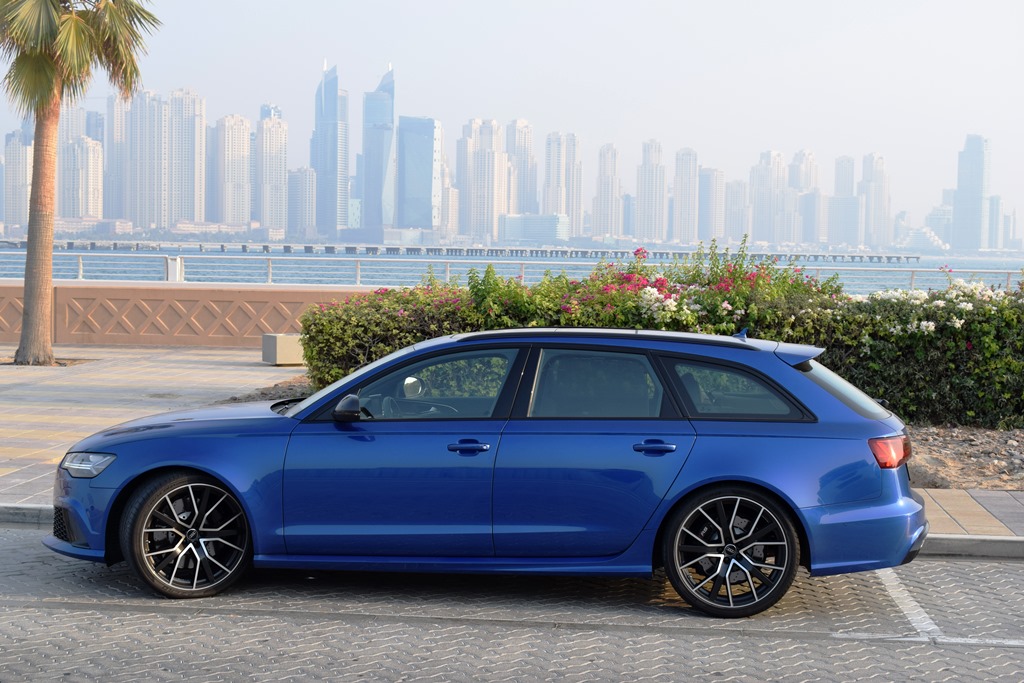 The big Quattro logo on the front grille is a delight to look at, the matrix LED headlights are beautiful and give the car a mean, sporty persona. Rear lights also did not disappoint us with their dynamic indicators. To sway away from the station wagon image it may give to a layman, the RS’s roof edge spoiler helps keep up with it overall sporty look.

Stepping inside the RS6 is like stepping inside a cockpit, more precisely the cockpit of a fighter jet. It’s sporty, it’s technologically advanced and on top of that it’s comfortable with the Valcona / Alcantara leather with blue honeycomb interwoven stitching, the embossed RS logo and not to forget, the carbon fiber inlays. 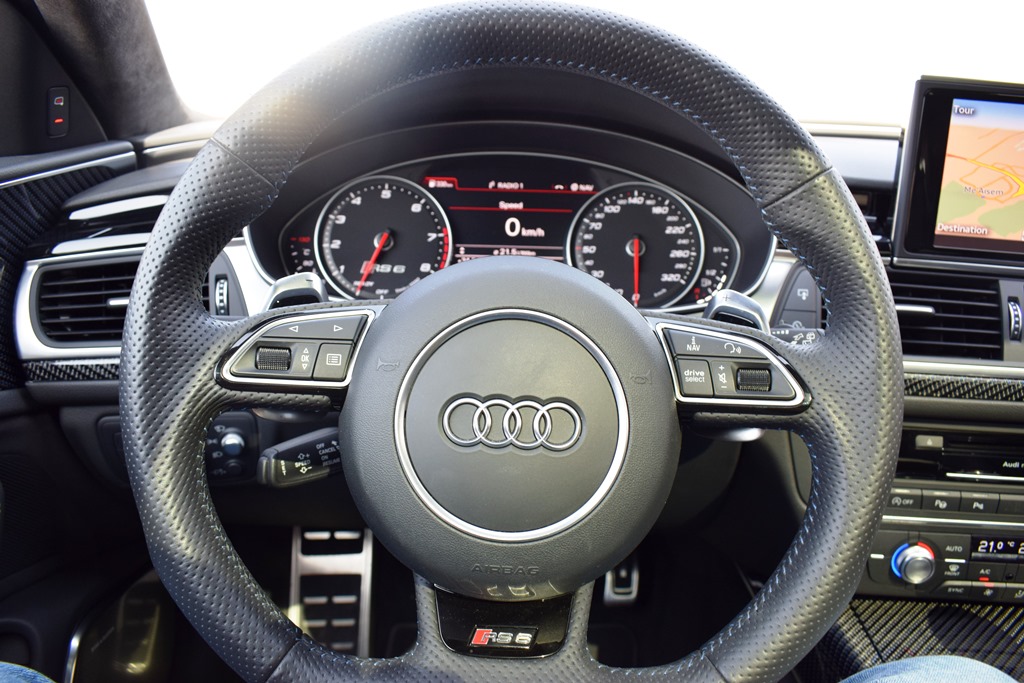 It comes with a flat-bottom 3 spoke steering which does the job the car is meant to do. The RS really makes its mark on you as a sports car with its front sports seats and the RS sports exhaust system. The guttural roar it produces makes you feel no less than a NASCAR driver. 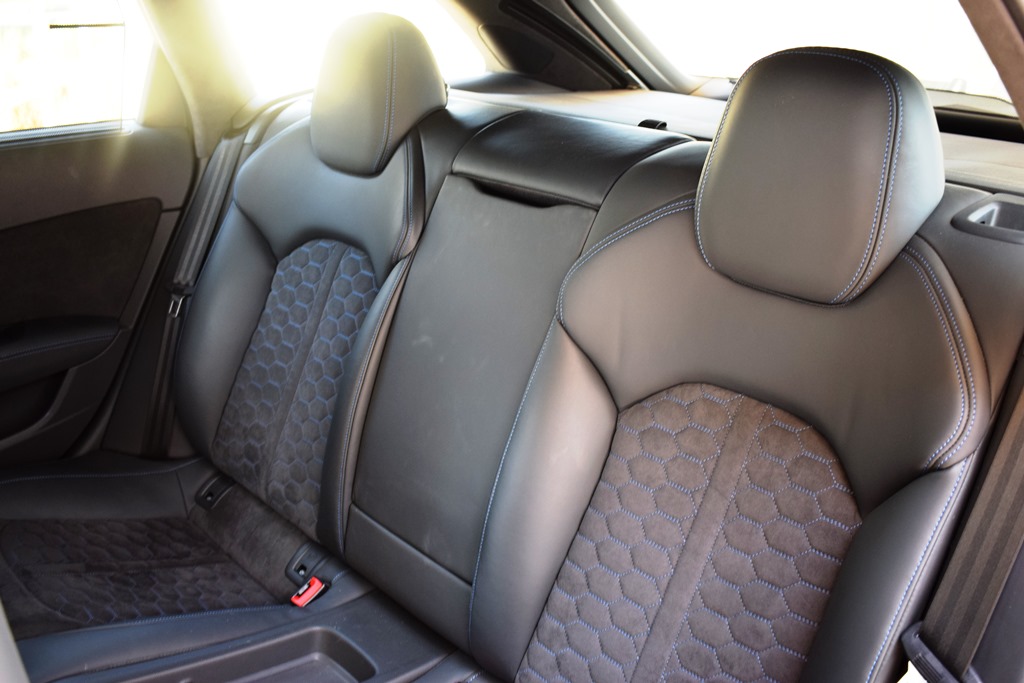 The car also has tons of space both for the rear passengers as well as the boot. Remember all that luggage that you couldn’t pack when you were travelling out of the city? Yeah, me neither as the RS6 is pretty accommodating when it comes to space.

This car is a marvel of technology including the instrument panel – the base of your cockpit that will tell you all you need to know about your car. The Avant Performance also comes with Audi Connect that does a brilliant job connecting you to the outside word as you feel your adrenaline rush while you enjoy this beast. 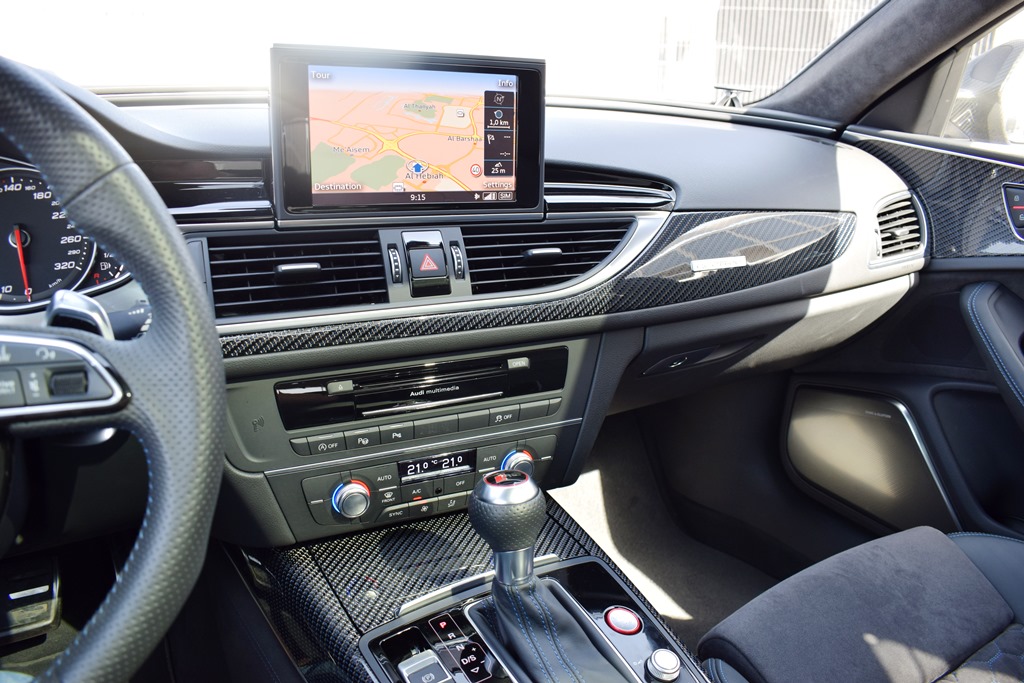 Competing head to head now with its brother the RS7, the RS6 also comes with 360° cameras, park and side assist, as well as MMI navigation system and touch. The Parking Assist didn’t properly work for us during our test run, but we would much rather blame the parking spot as opposed to the park assist system.

With the MMI system’s 8” color display, you literally have everything under control. From making phone calls to navigating to your next destination, everything about the touch system is smooth. 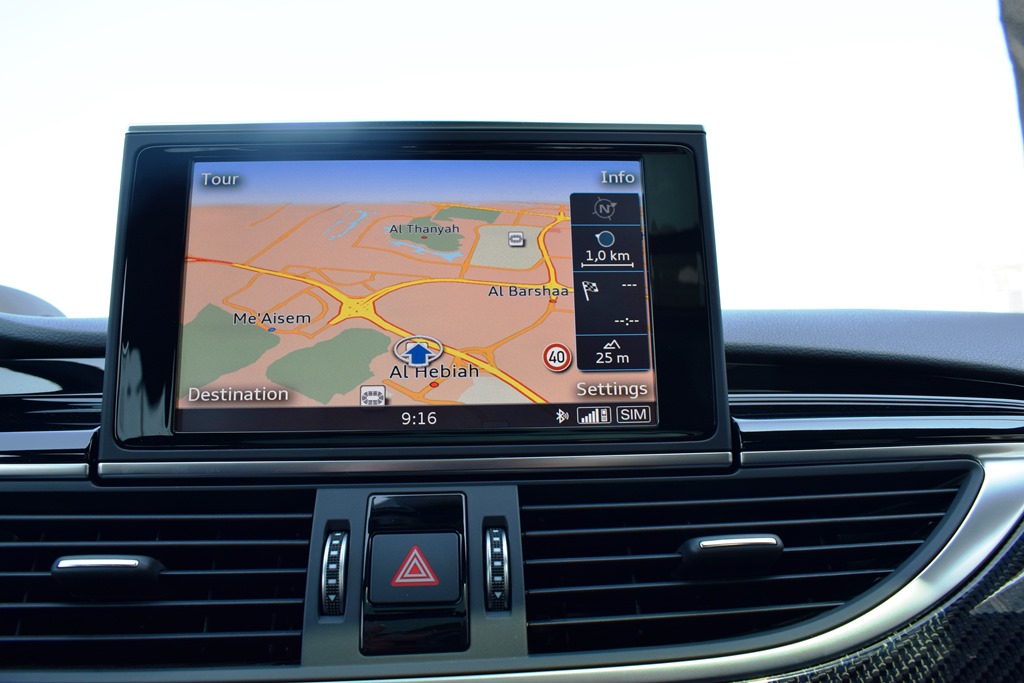 The dynamic package we test drove also comes with head-up display and Bang & Olufsen advanced sound system which was pretty much at par with the standards you would expect from a high-end car. It has the surround sound feeling that helps you get the best sound experience Audi has to offer.

Other standard features you would expect from a car in this range such as cruise control, button-push hand brake, electrically operated bootlid and front/rear airbags is all there.

It would be an insult to the Audi RS6 2017 Performance if we didn’t talk about its acceleration to start things off. Officially described by Audi to do 0-100 km in 3.7 seconds, the RS6 shoots like an eagle focused on its prey thanks to the grunt under the hood and traction control system. You really feel the power of the all-wheel drive system every step of the way whether that’s taking a sharp turn at moderate speeds or a frequent lane change. Even with the 45hp increase over the regular Avant, Audi claims the fuel consumption remains the same at 9.6l/100km. 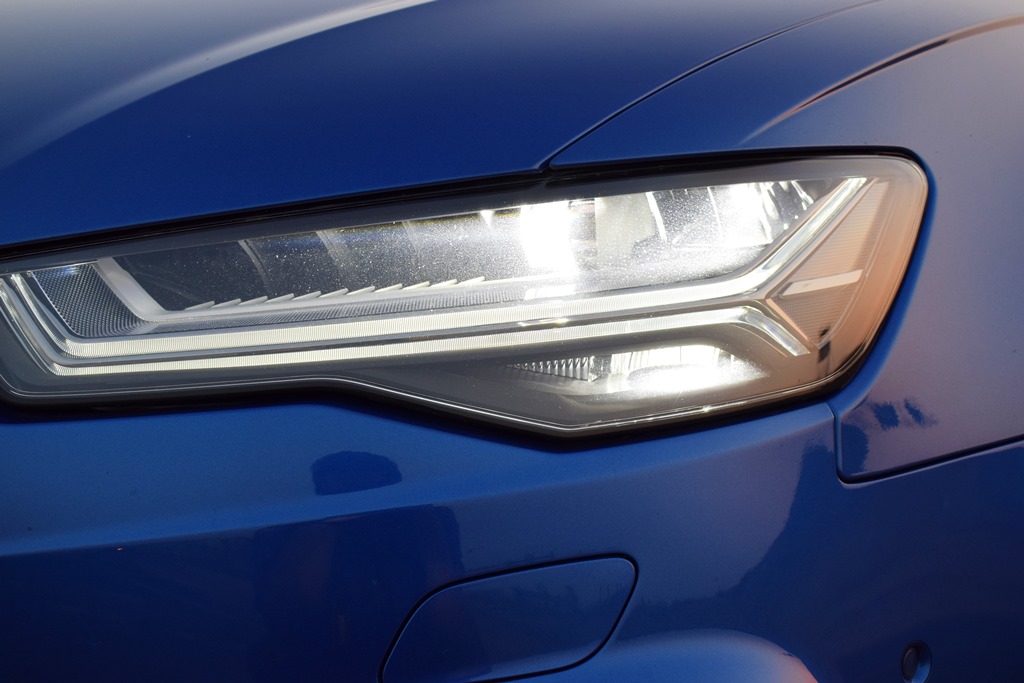 Even though this car does more than a spectacular job of driving in the auto mode, the Sports mode with paddle shifters creates an experience of its own. From the impactful sound that the powerful exhaust system creates to the control you have while unleashing the true potential of this beast, the Audi RS6 provides a truly engaging driving experience that will get you admiration from strangers (true story). 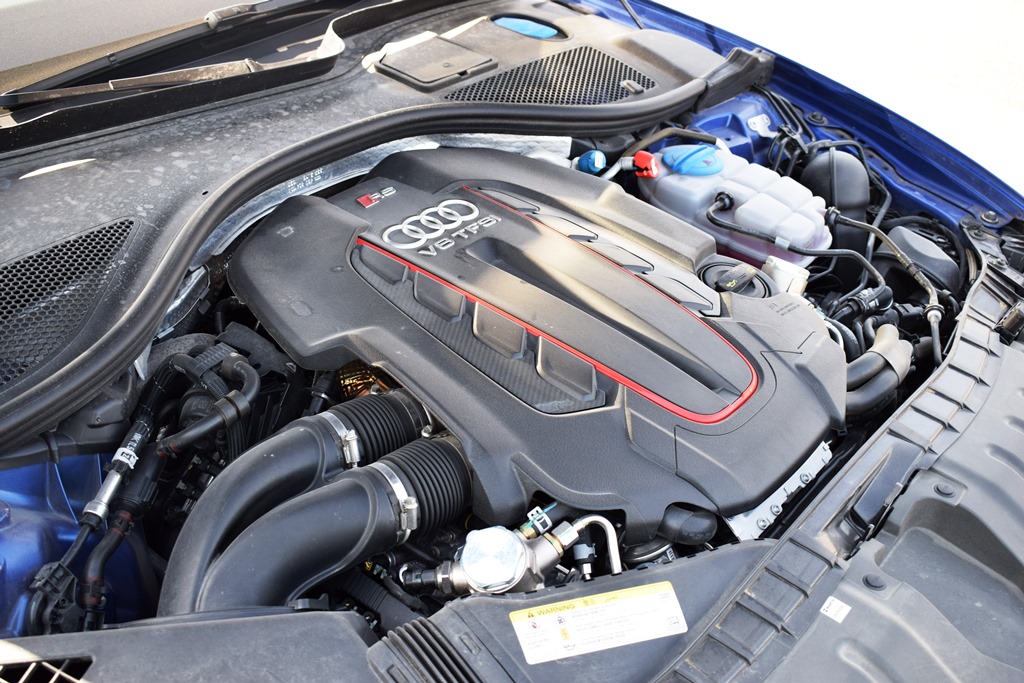 Audi RS6 Avant Performance is a nexus of power, comfort, beauty and practicality. In our experience its right up there with RS7 and will leave your friends and family awe-inspired. With the RS6, Audi is being as blunt as possible, that it means business and would not sacrifice much to provide a spectacular and immensely luxurious experience you would desire from a car of this league. 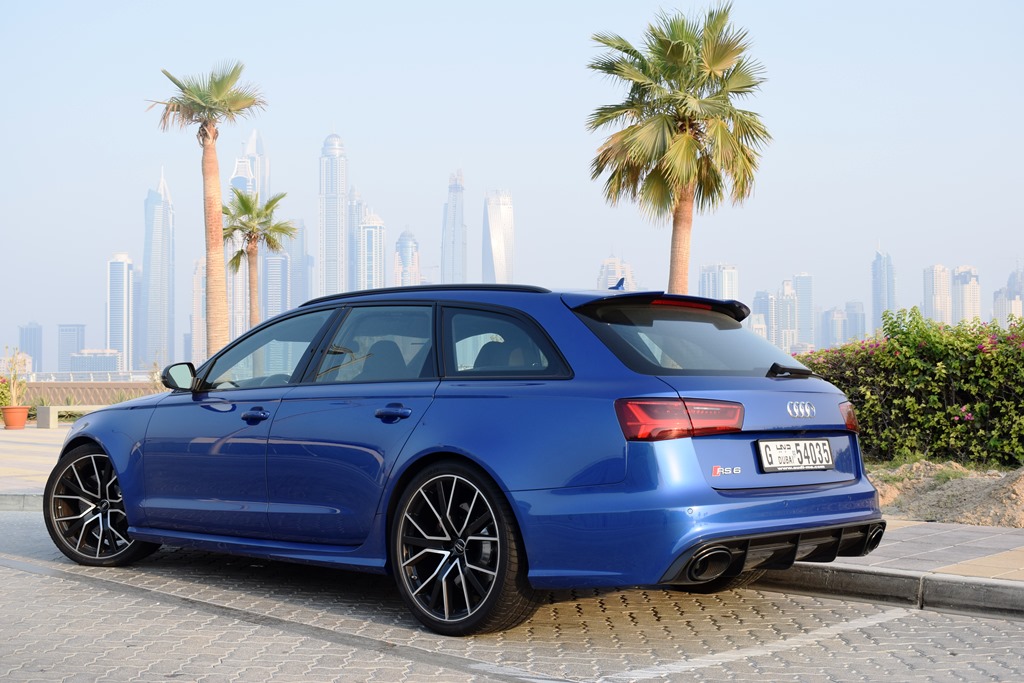 For some, the station wagon silhouette might be a turn off

Not much difference in acceleration compared to the standard RS6 Avant for a normal driver. 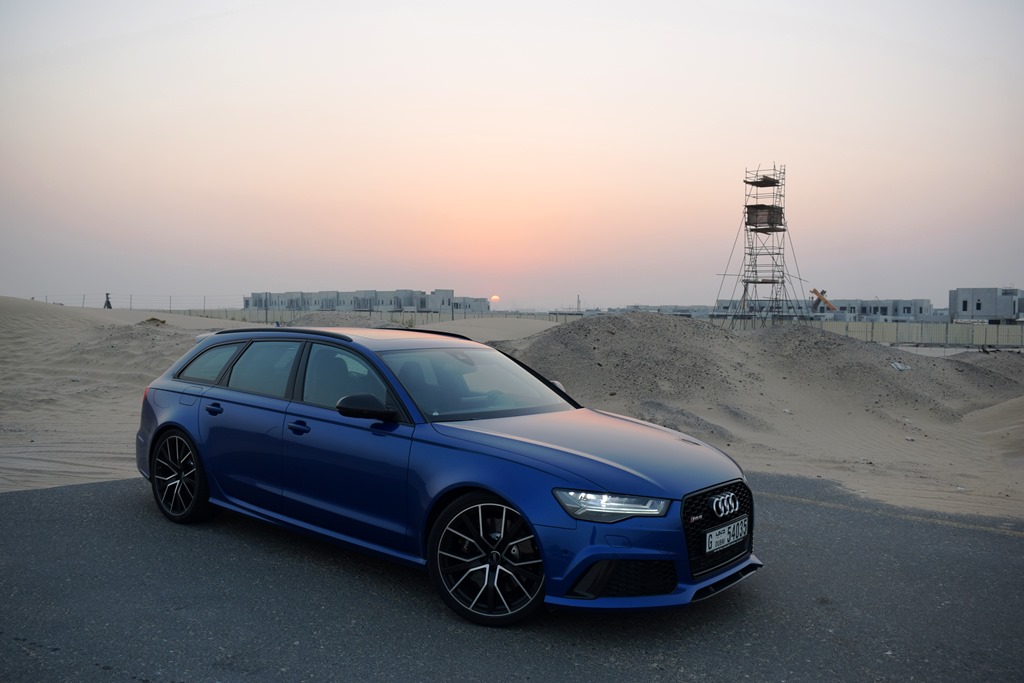