When we hear the name ‘Audi’ what comes to mind is exceptional German automobile craftsmanship. The Audi S3 2017, is definitely more than what meets the eye, for it’s a thug wearing a suit. It’s a smaller, modest and luxurious compact sedan that offers the experience of larger and sportier models. Targeted at the twenty-something crowd, it is for those who are into expensive, smart, and stylish commodities, which is exactly what the S3 is.

The Audi S3 is a fast, sophisticated and subtle car, with some tasty new updates. New look on the outside, fresh new look on the inside. It’s a proper head turner when compared to the standard A3 sedan. On the outside there are only subtle styling cues which don’t fully reflect the performance that lies beneath. Differentiating it from the standard A3 sedan, the front bumper is also restyled and has a unique fascia with a lower grille and chin forming what Audi calls their signature Single Frame grille.

The redesigned LED headlights light up very nicely, and are integrated with bright Daytime Running Lights (DRLs). The optional 19-inch wheels really look nice and through them you can get a glimpse of the optional red calipers which do look cool. The quad-exit tailpipes connote the S3 is a beast, while the redesigned indicators, which move from side to side, help distinguish the refreshed S3 from the outgoing model. 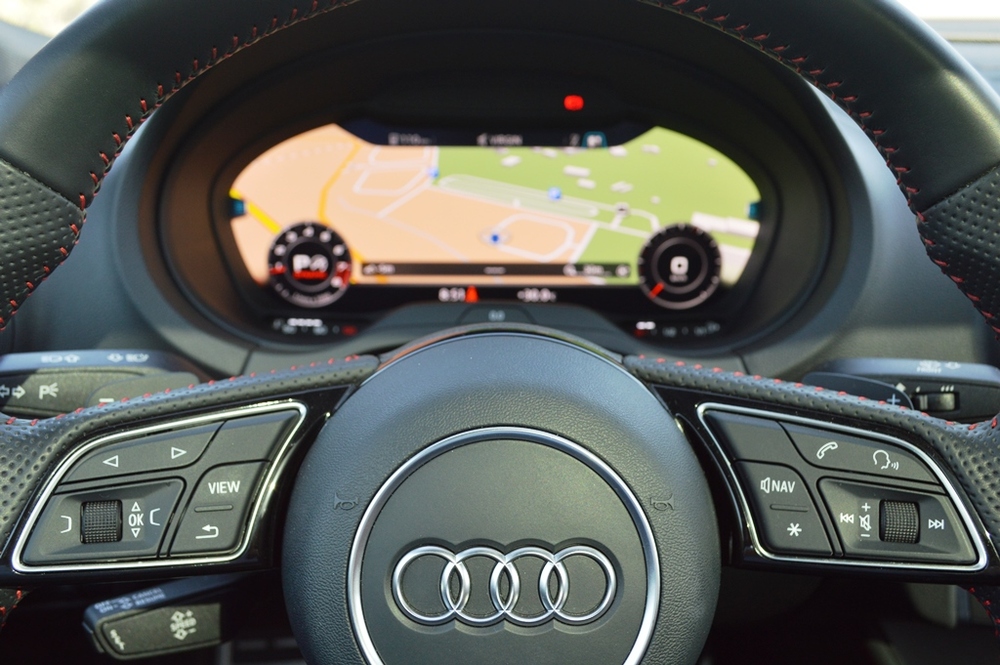 The German sedan leads the way when it comes to the interior. It plays the Euro theme with premium materials, a classic switch gear layout and a nice flat bottomed steering wheel. The signature contrast stitching throughout the cabin help the S3 stand out, while the brushed aluminum inlays work as a big differentiator.

It’s the attention to detail in the interior that’s most impressive, from the quality of the switches and dials to the way that the center screen rises out of the dashboard. The knobs are an absolute delight to touch as they are down to a clicky perfection, which is of high quality and nothing less. The boot is impressive in size for a compact sedan, which is about 425 liters.

The sports seats in the S3 are big and feature large bolsters, while also being supremely comfortable and available with a diamond stitched pattern. The rear seats are a little tight with barely enough room to squeeze in an adult who is 6-feet tall. It also has an arm rest with beverage holders and rear A/C vents. 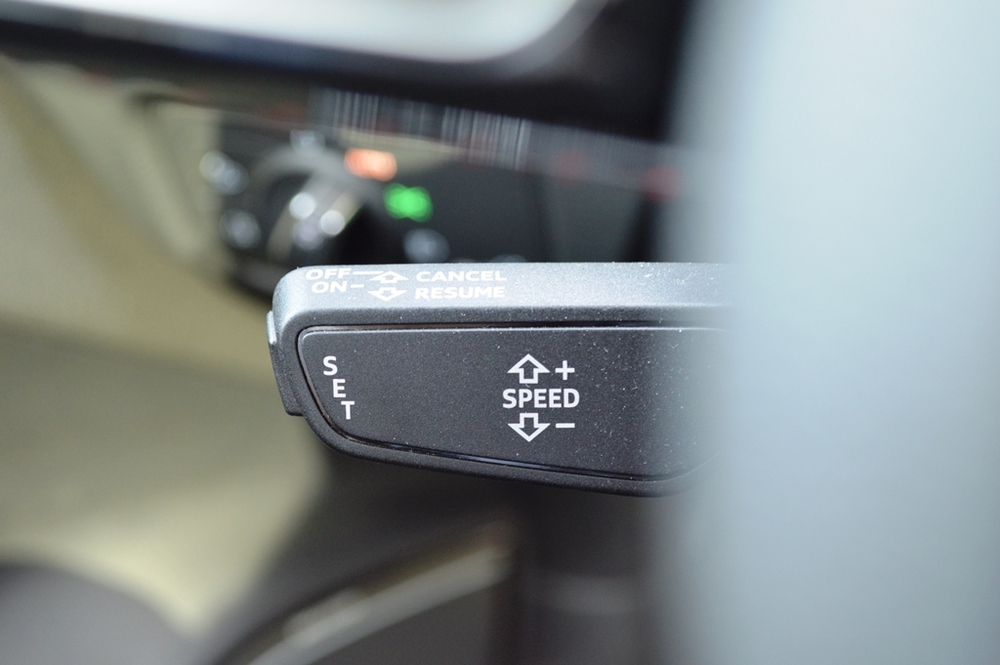 Revolutionary in its segment, the Audi Virtual Cockpit is a digital instrument cluster, wherein you can change the view of the gauges from classic to sporty with numerous other customizations. The best part is that it is extremely easy to use, and it can all be controlled from the steering wheel itself, meaning you never have to take your hands off the wheel.

The sound system is powered by Bang & Olufsen and is one of my favorites. Other features include Bluetooth wireless connectivity/audio streaming, USB ports, smartphone integration, and a 7-inch TFT color display.

Under the hood is a turbocharged 2.0-liter 4-cylinder engine with a new 6-speed dual clutch automatic transmission that directs power to all four corners. The Quattro all-wheel-drive system offers immense amounts of grip and allows the S3 to clock 100 km/h in under 4.8-seconds, making it faster than the likes of the V8 Ford Mustang and the Porsche Cayman.

The synthesized exhaust notes and launch control are accompanied by a whopping output of 292-horsepower and 380 Nm of torque, more than enough to give you a thrilling surge of acceleration in any and every gear. The fun-sized S3 is also nimble and plenty of fun to chuck into bends, while maintaining its sophisticated demeanor.

At 4.5 meters it’s shorter than the Mazda 3 sedan, which makes it a natural in cities where it can scamper through lanes and park in the tightest of places. It’s one of the most engaging cars in its class, bringing five different drive modes to shuffle through. Small bumps rumble through the cabin while sharper bumps can crash into it as well, which I guess is a small price to pay for what is essentially a really accomplished compact sports sedan. 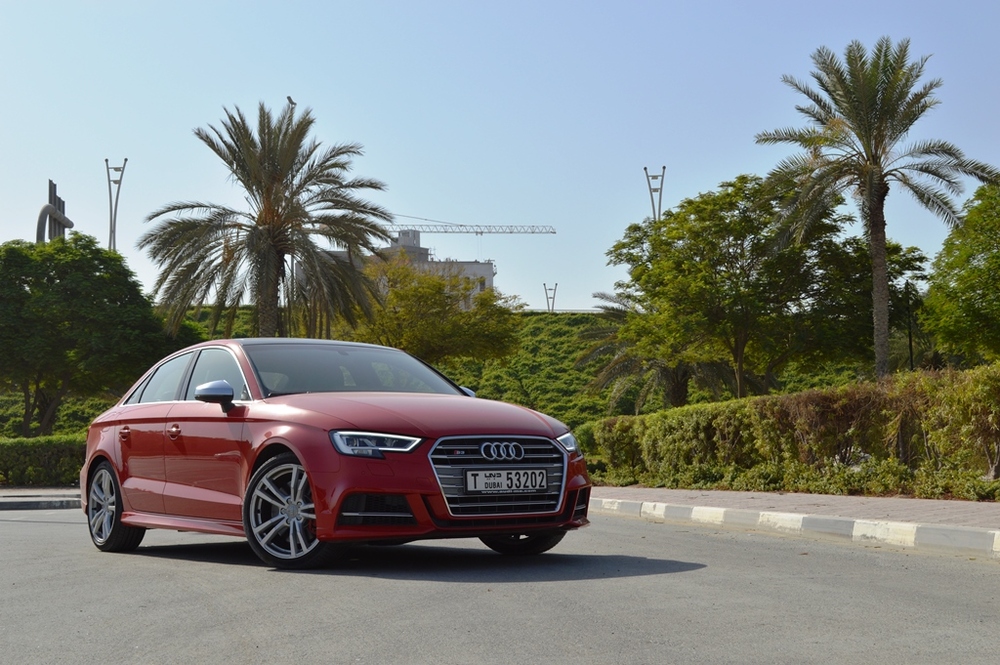 The 2017 Audi S3 is the perfect midpoint between the mental RS3 and the subtler A3. I had a lot of fun with this car, and it’s one in which you don’t need to rock black shades and a bad boy jacket to make a statement. Although it’s quite heavy on the pocket at AED 165,000, that tech-laden cabin and amazing drive are sure to attract hipsters and enthusiasts alike.