2018 Audi A8 Unveiled in Barcelona

Talk of the town, or prominent automotive blogs and communities at least, the all-new Audi A8 has alas, put an end to the multiple previews and teasers at the brand’s first Audi Summit held in Barcelona. Marking a turning point for the brand, the all-new A8 stays true to its flagship position in the line-up, offering cutting edge technology and ample amounts of self-driving tech.

The wait is over as Audi unveils the highly anticipated all-new A8 at the Audi Summit in Barcelona! #audi #a8 #audia8 @audimiddleeast

Keeping with the marque’s automated vision, the 2018 Audi A8 is the first and only production automobile in the world to be developed for highly automated driving. Leading the way for others to follow, the German luxobarge features “Level Three” autonomous systems, with numerous aids such as Parking Pilot, Garage Pilot, and Traffic Jam Pilot, making their way into production and trickling across the range. 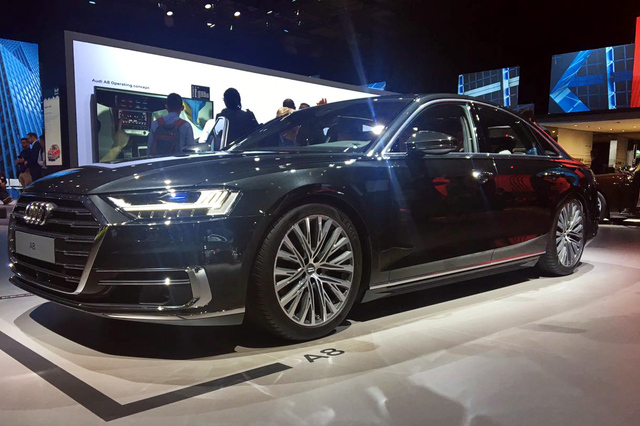 Bearing a strong aesthetic bond to its predecessor, the all-new fourth-generation model welcomes a wide, upright Singleframe grille that complements the muscular body to connote an aura of sporting elegance. Having delivered on the promise of the Audi Prologue, the A8’s commanding presence is amplified by sleek headlamps, full-length LED tail lamps, and a delicate use of chrome embellishments along the bodywork.

Having grown substantially both inside and out, the cabin radiates bespoke quality with fine perforations in the seat upholstery and electronically operated air vents. Allowing control of various vehicle functions (ambient lighting, in-car massage, and LED reading lights) from the back, the rear seat remote is a smartphone sized removable unit housed in the central armrest and a rather familiar piece of kit to BMW owners.

Pampering the aristocrats sat at the back and attempting to redefine the luxury segment, the A8 is fitted with a relaxation seat that offers four unique adjustment options and a rather fascinating footrest. Exceeding expectations, the relaxation seat allows for the soles (no, not souls) of passengers to be warmed and massaged, with multiple settings incorporated into the back of the front-passenger seat. Tickly, I presume. 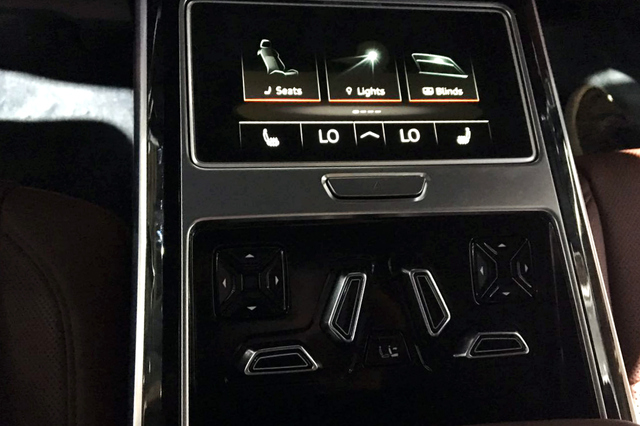 Making an impact in the digital age, the all-new A8 does away with the familiar rotary knobs and touchpads of previous generation models for a cleaner and simpler layout. In the center resides a 10.1-inch touchscreen that allows the instrument panel to be clear of unnecessary buttons and switches, while blending almost invisibly into the high-gloss black surround. 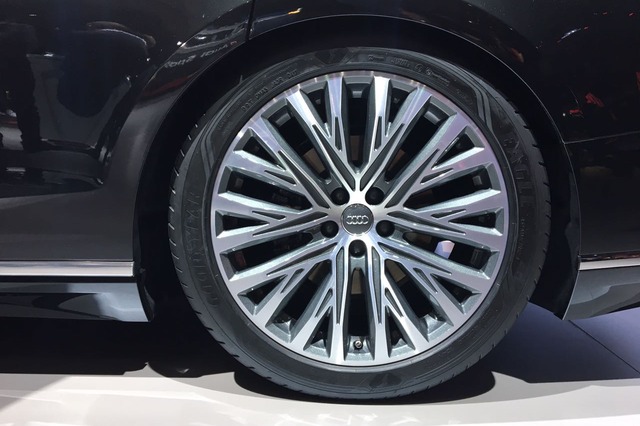 Handling urban congestion with ease, the Audi AI traffic jam pilot takes charge of driving in slow-moving traffic - at speeds of up to 60 km/h - and on highways. Activated using the AI button on the center console, the traffic jam pilot takes care of starting, accelerating, steering, and braking, with the use of multiple sensors, laser scanners, and cameras scattered all around the vehicle.

You might also be interested in: Abu Dhabi Home To The First Audi Sport Center In The World

The Audi AI remote parking pilot and the Audi AI remote garage pilot, steer the A8 independently into and out of a parking space, without the driver needing to be present inside the vehicle. Using the myAudi app, drivers can monitor the maneuver on their smartphone using the vehicle’s 360-degree cameras and watch the vehicle automatically engage Park, and switch off the engine and ignition at the end of a maneuver.

Packing a choice of engines, the Middle Eastern bound 2018 Audi A8 is likely to feature a 340-horsepower 3.0-liter TFSI unit in standard guise, with an optional and beefier 4.0-liter TFSI powerplant generating 460 horsepower. The superstar of the line-up, the W12 engine, bears a displacement of 6.0-liters and is set to join the arsenal at a later date. 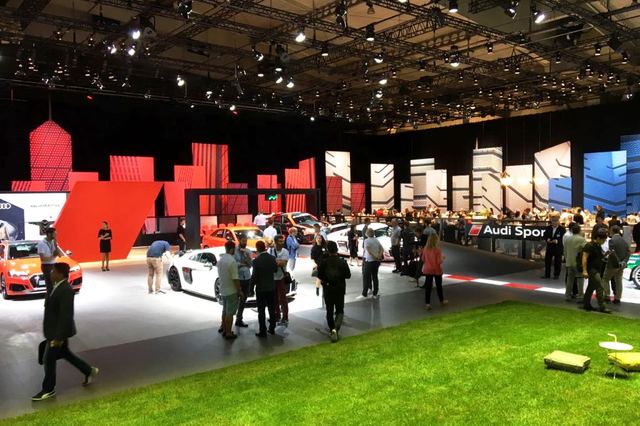 All engines operate in conjunction with a belt alternator starter (BAS), which is the nerve center of a 48-volt electrical system. This mild hybrid technology enables the car to coast with the engine switched off, and reduces fuel consumption by up to 0.7 liters / 100 kilometers. Additional innovations also include dynamic all-wheel steering and a sport differential that distributes torque between the rear wheels – an added bonus to the Quattro permanent all-wheel-drive system that is now standard in the new A8.

Judging by past trends, the all-new A8 is expected to make its way to the Middle East by the end of the year with a starting price of approximately AED 360,000.

In talks with Stephan Winkelmann – CEO of Audi Sport 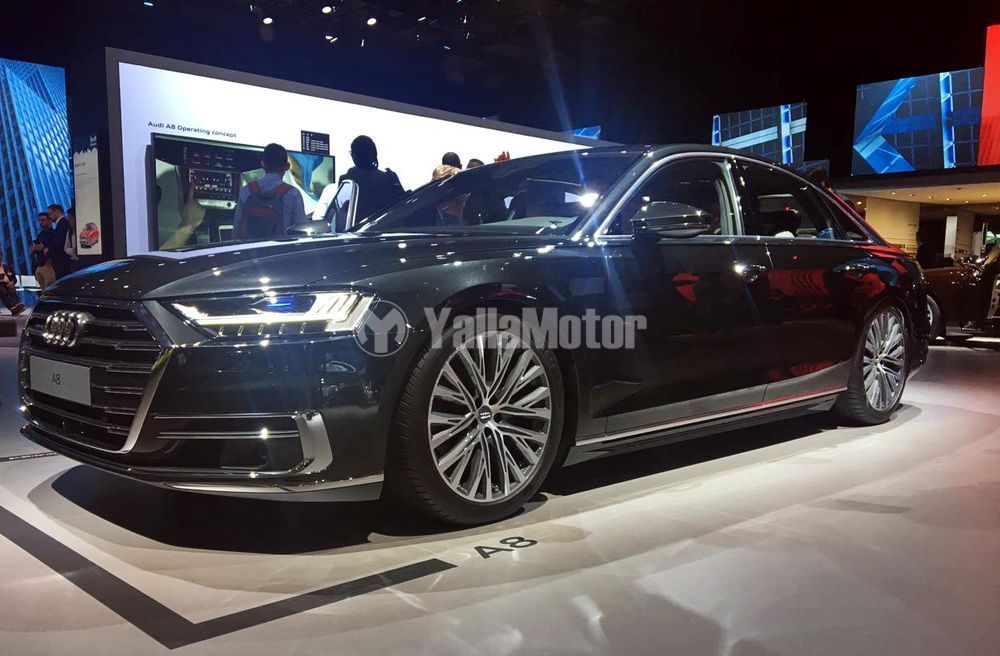 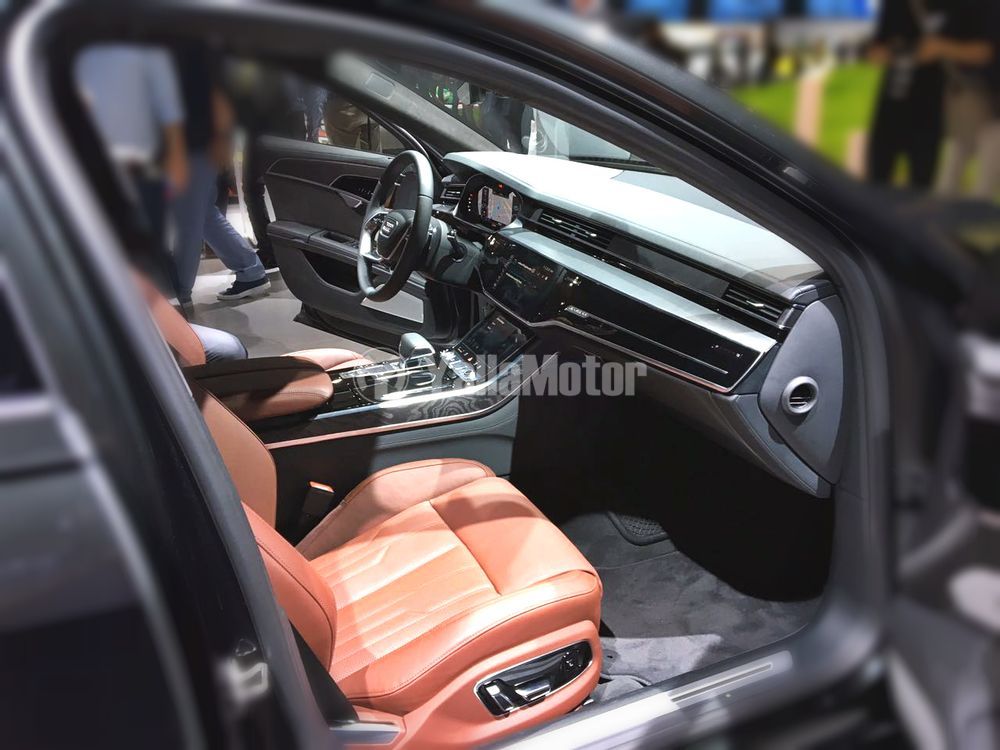 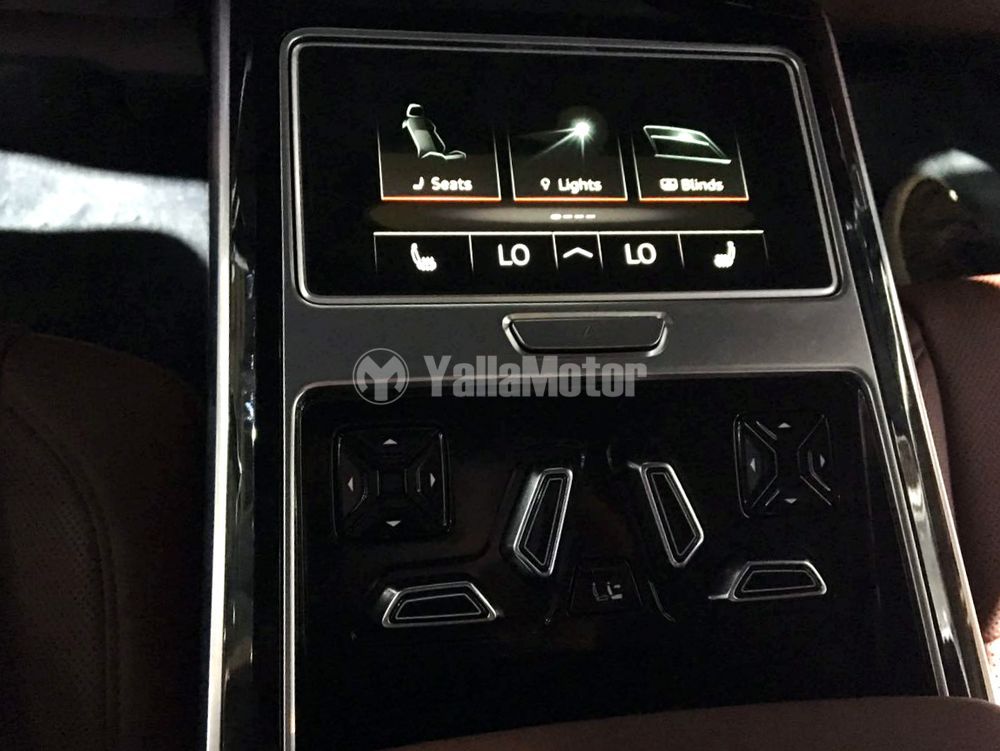 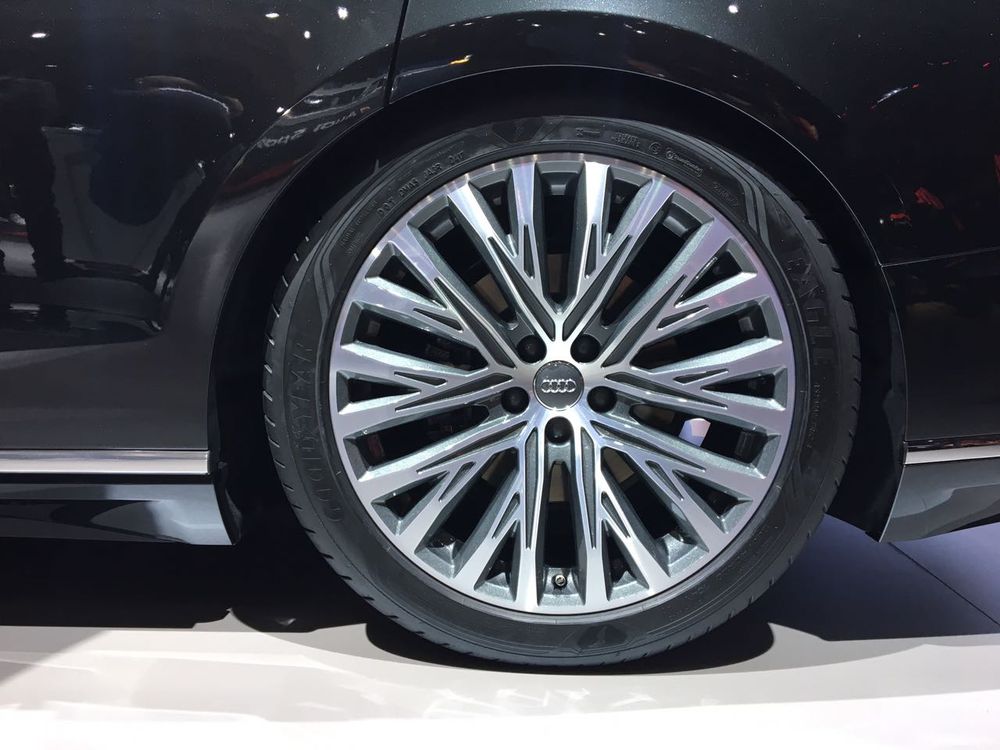 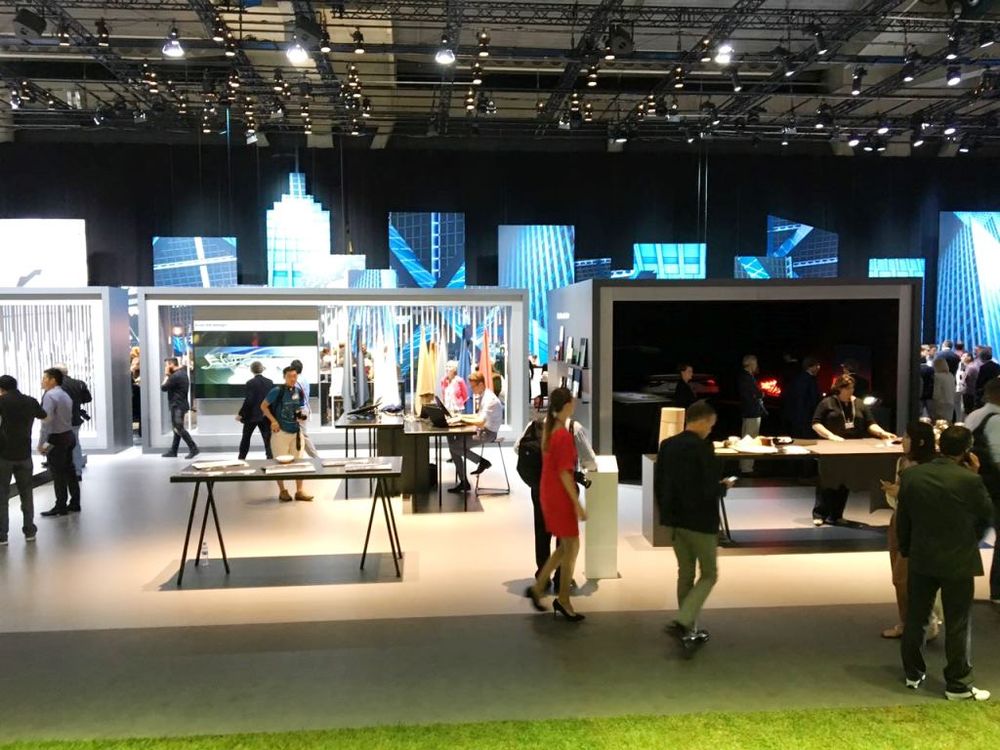 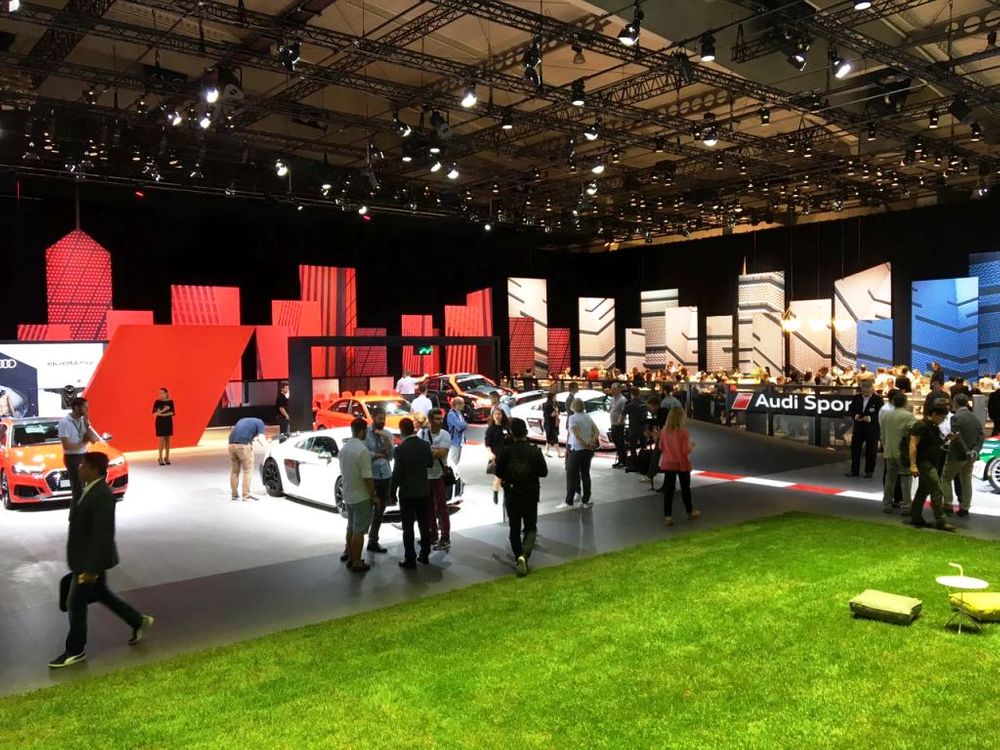 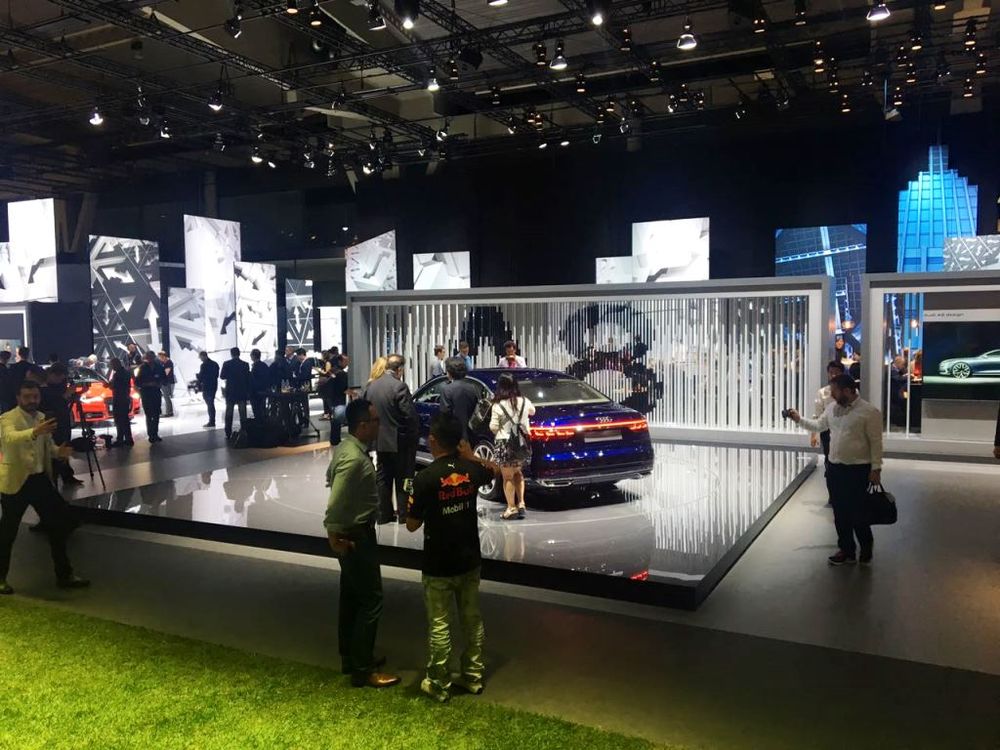 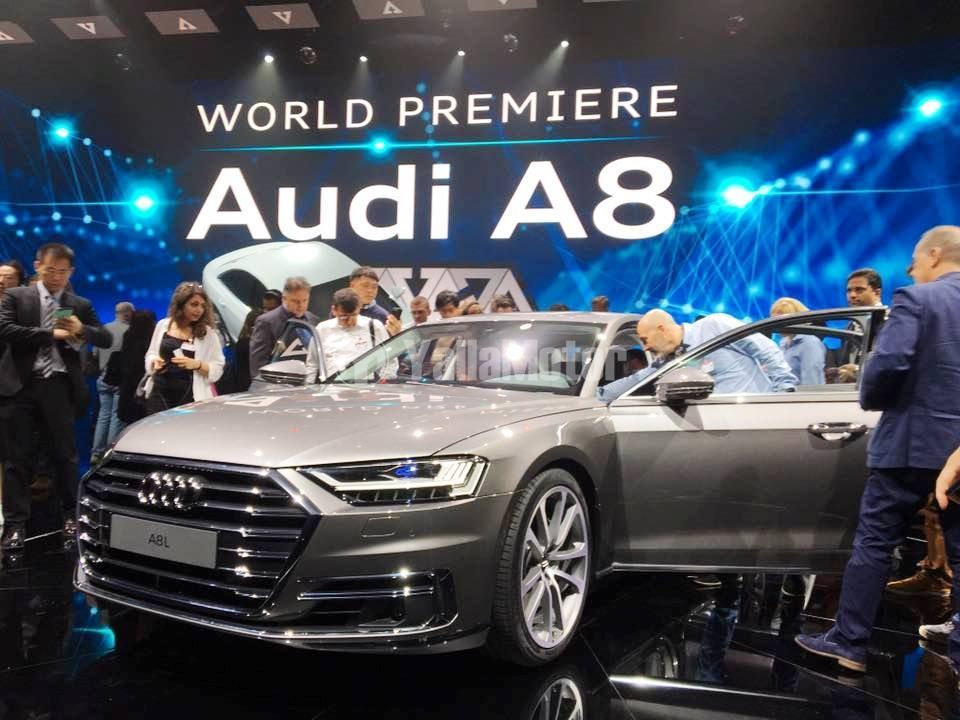