2018 Audi A8 showcased at the Dubai Motor Show 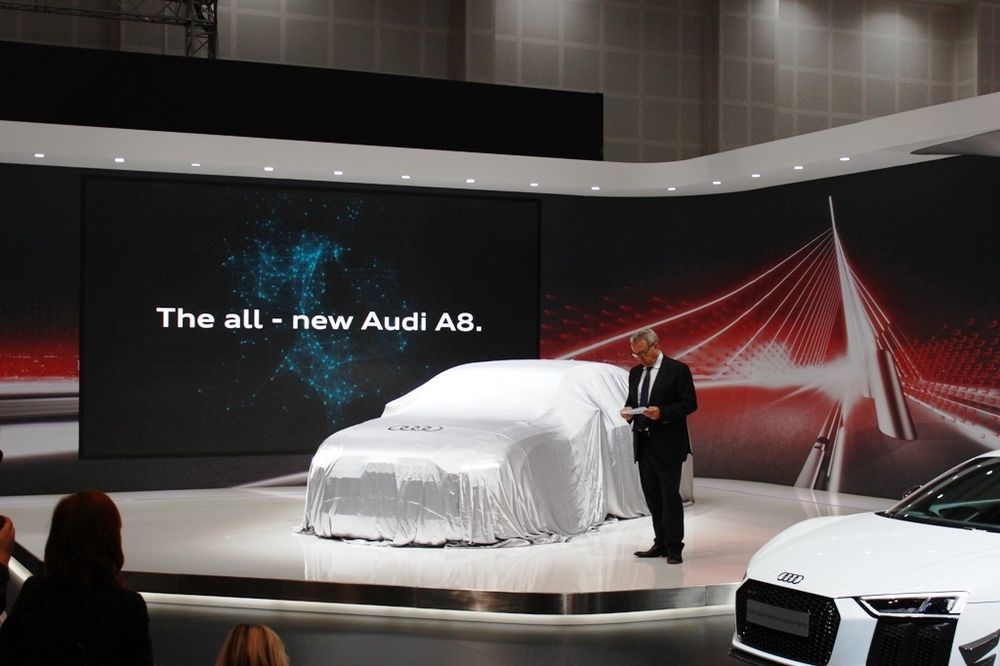 Ever since its inception, the Audi A8 has always been a comfortable and capable limousine. Capable because of its Quattro all-wheel drive system and punchy engines, and comfy enough thanks to its air suspension and roomy cabin. Now, with the all-new 2018 Audi A8, the German carmaker is pushing the boat out in all directions.

The 2018 Audi A8 features several improvements and bucket loads of technology. The former is seen in the design of the new A8. As expected, Audi isn’t one to make drastic changes in the design of their cars. However, the 2018 A8 features an even larger hexagonal grille up front, flanked by some of the brightest and most advanced headlights ever fitted to a production car. The side profile remains mostly similar to that of the outgoing model and is pretty subtle. The rear looks modern and crisp, with the highlight being a thin LED strip that runs between the primary lighting elements. 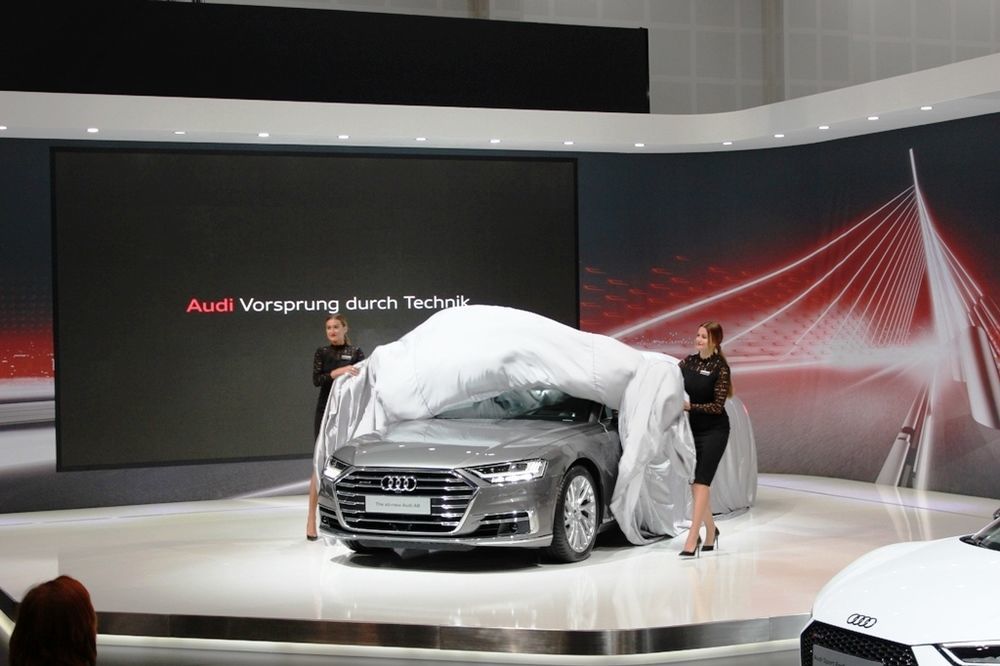 The 2018 Audi A8 features some of the latest suites of technology, both in terms of available onboard convenience features as well as a raft of safety gadgets. The former includes foot massagers, dual touch-sensitive displays, automatic Matrix LED/laser headlamps, adaptive cruise control etc. There’s also a new adaptive suspension which works in tandem with a complex 48-volt electric system. This new Audi is brimming with a multitude of sensors and cameras, thus making it smart enough to essentially drive itself.

Also, apart from the usual safety nannies, the 2018 Audi A8 can be had with a crash-sensitive body lift system. If the onboard sensors detect an inevitable side impact, the side of the car that is to be impacted raises itself within a fraction of a second, thus exposing the A8’s side intrusion beams for maximum occupant protection. 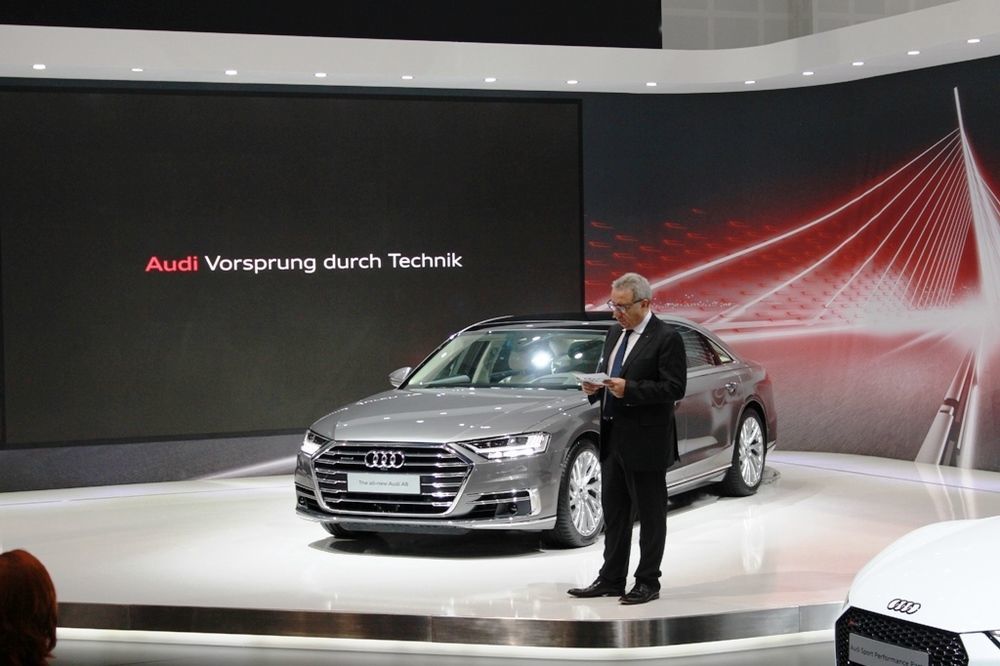 The base 2018 Audi A8 will get a 3.0-liter turbocharged V6 which will also be assisted by the aforementioned 48-volt electric setup. The latter will help with boosting efficiency, but there’s no independent electric motors. This V6 motor will be mated to an 8-speed automatic transmission and drive will go to all four corners via Audi’s Quattro all-wheel drive system. Top speed for the V6-powered 2018 A8 is an electronically-governed 250 km/h.