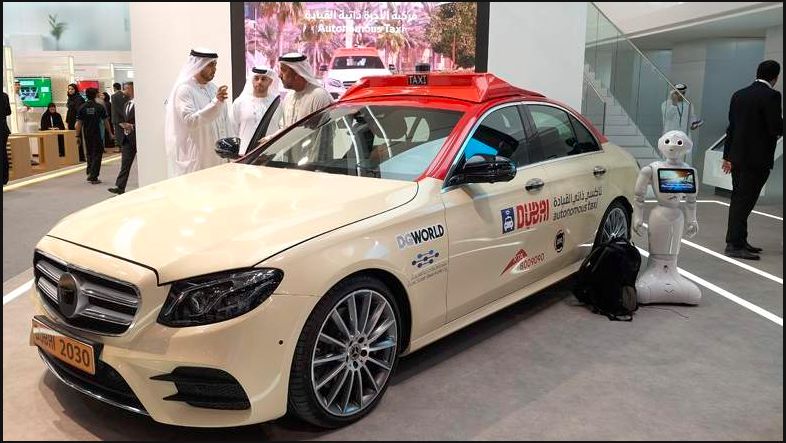 As part of the Roads and Transport Authority’s (RTA) smart initiative program, autonomous taxis with self-driving capabilities have made their way to the Gitex Technology Week in Dubai. Contributing to the Smart Self-Driving Mobility Strategy that is set to transform 25% of the emirate’s total journeys into autonomous means by 2030, the driverless taxis are designed in partnership with Dubai Silicon Oasis and DG World.

Tentatively being tested on dedicated routes around Dubai Silicon Oasis, the autonomous taxis are equipped with multiple cameras and sensors that are capable of viewing traffic and road conditions, controlling the vehicle, avoiding a collision, and monitoring traffic signals and lane demarcations. An ideal step in easing “the last mile”, autonomous taxis greatly benefit commuters connect with mass transport system such as the Dubai Metro and Dubai Tram.

A Mercedes-Benz dressed in beige livery, the autonomous taxi is being tested at speeds of up to 35 km/h and can accommodate up to four passengers including a standby driver. Installed with a dedicated button, the driver can take over when needed, allowing full control from autonomous mode to be given to the driver.