There’s something about the Range Rover Velar 2018 that makes it seem as unique as rain in the desert. The Velar names goes back to the 1960s when it was used as an alias to disguise Range Rover prototypes. As such then, the new Velar wears – possibly – the oldest nameplate in the Range Rover line-up. It's the fourth model to join the brand’s arsenal and sits between the smaller Evoque and the larger Range Rover Sport. With a strong focus on form over function, the Range Rover Velar is crammed with tech and faces some serious competition from the BMW X3, Mercedes-Benz GLC, and Porsche Macan. 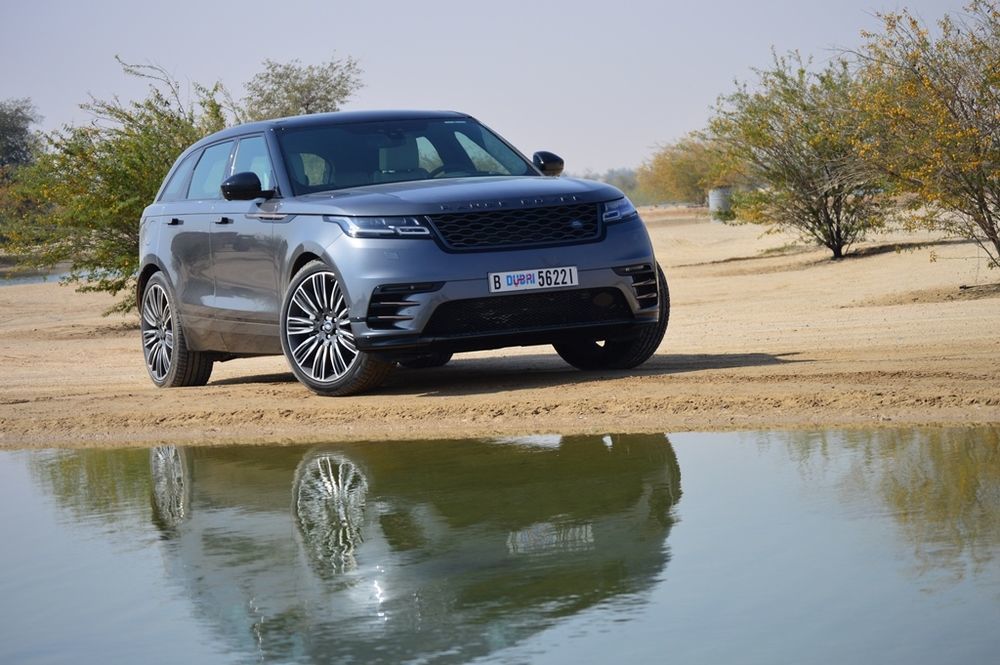 From its sparkling paint to its blacked-out wheels and trim, the Velar’s lines resemble the boxiness of its bigger brother, the Range Rover, while elegant character lines give it a squinty-eyed sizzle. As a result, the Velar easily draws the attention of onlookers and passersby. One of the most fantastic design elements are the Velar’s pop-out door handles that dive into the bodywork when not in use and deploy when the vehicle is unlocked. 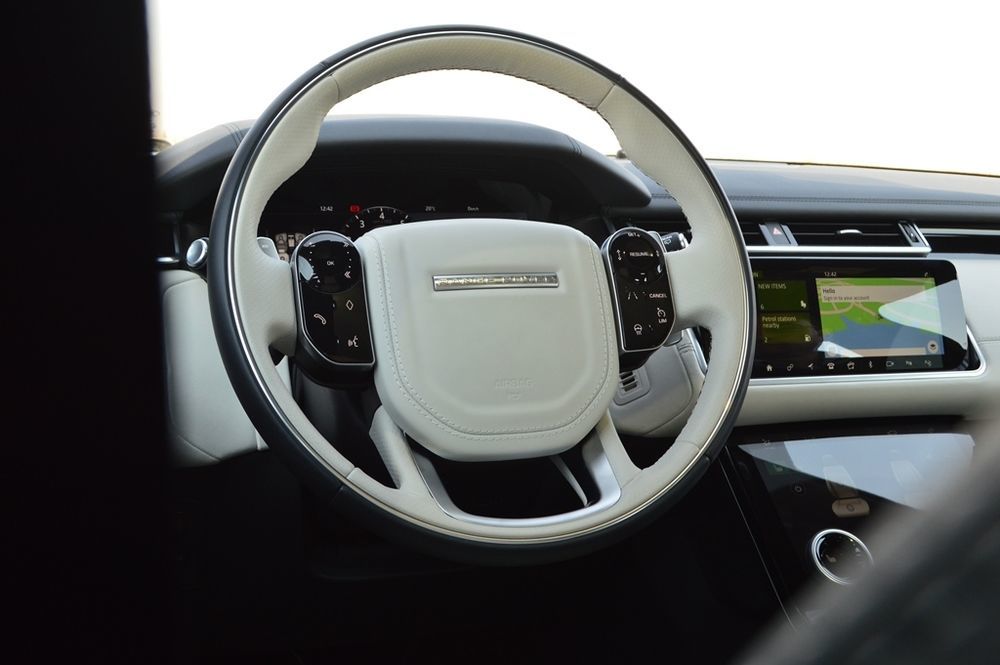 One of the highlights of the Range Rover Velar is its interior, which is in simple words, like no other SUV out there. It showcases the next wave of the brand’s design direction with its three-screen set-up and minimalist layout. The gorgeous steering wheel features intelligent displays and a four-position dial that allows for adjustments to be made to the engine, transmission, and suspension. The large secondary display is flanked by two rotary controls that allow for easy navigation of the different menus. The 825W sound system delivers crisp audio performance through a concert-mimicking 22 speakers. 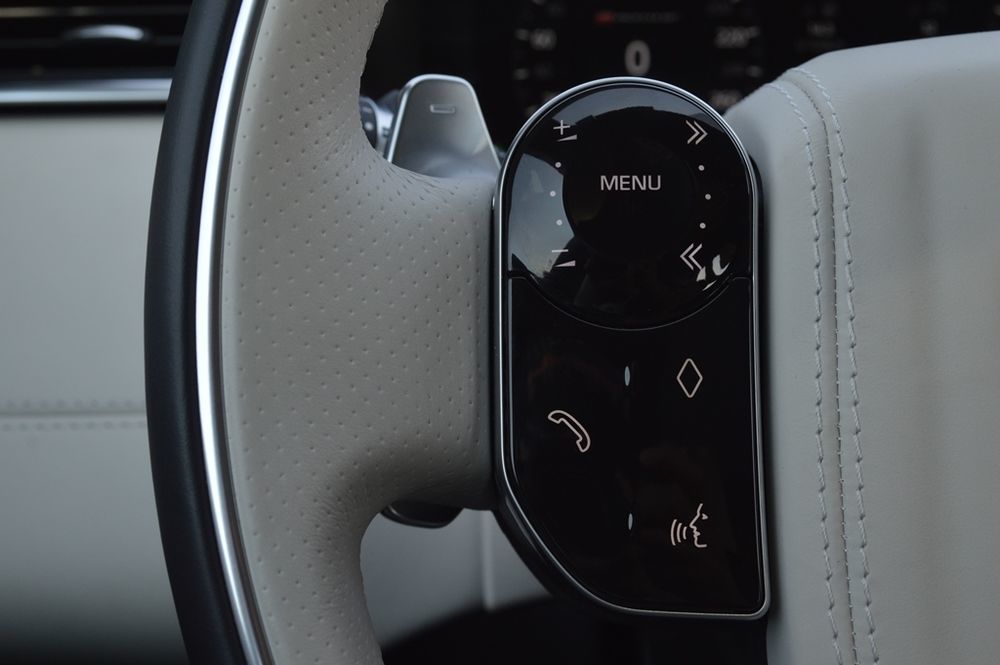 On the comfort front, the Velar offers a highly customizable seating position, thanks to its 20-way adjustable memory seats and an electronically adjustable steering column. Upping the ante are four unique massage options for both, the driver and front seat passenger. Due to its minimalistic design, there’s plenty of room for all occupants and in the boot too. 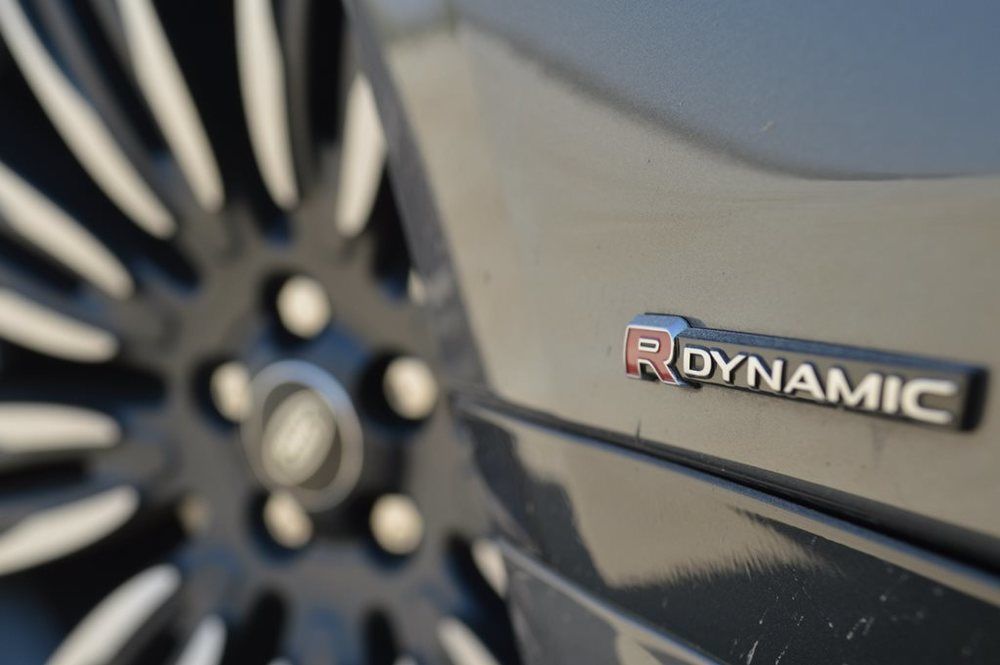 Beneath its stylish garb, the Velar shares much of its mechanical hardware and technological software with the Jaguar F-Pace. Unlike other models such as the Evoque and the Discovery Sport, the Velar differentiates itself by only offering an All-Wheel-Drive layout and not a more compact/affordable Front-Wheel-Drive version. There are plenty of safety features to enhance the driver, especially Park Assist, which helps those who are poop at paraller parking, perpendicular parking, and exiting a parking space by doing so in true auto-pilot fashion. 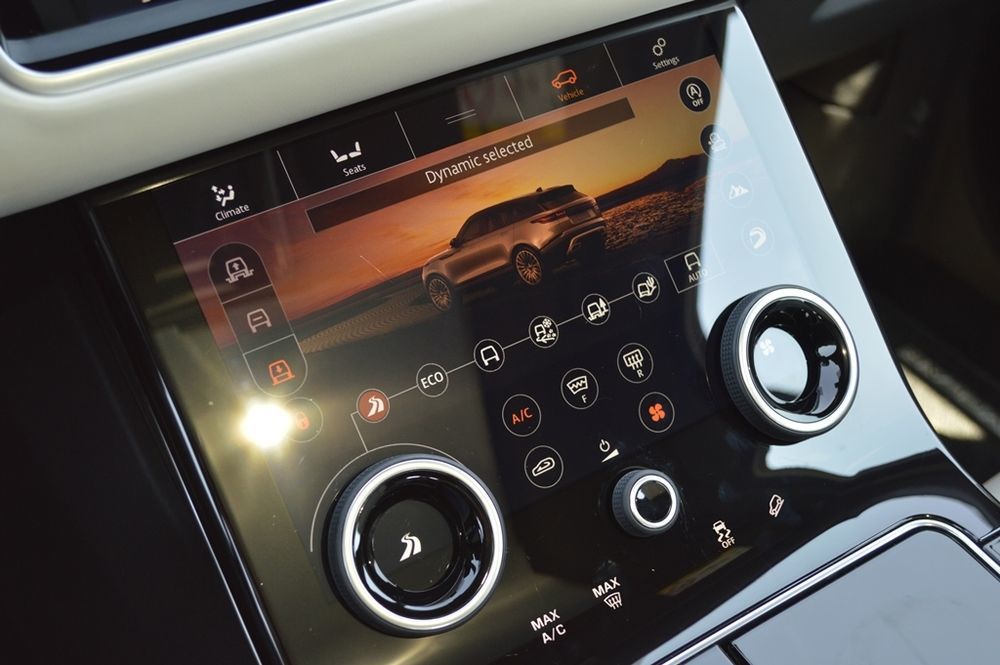 Much like the Jaguar F-Pace that is shares a fair bit with, the engine of the Velar offers similar levels of aural delight. It is naturally slightly quieter and more poised, thanks to its larger body, better sound insulation and hushed exhaust system. The 3.0-liter V6 engine churns out 376 horsepower and 450 Nm of torque, which makes it a seriously quick car, going from 0 to 100 km/h in 5.7 sec. The only downside to the Velar is in unjustifiable thirst for Octane 98. 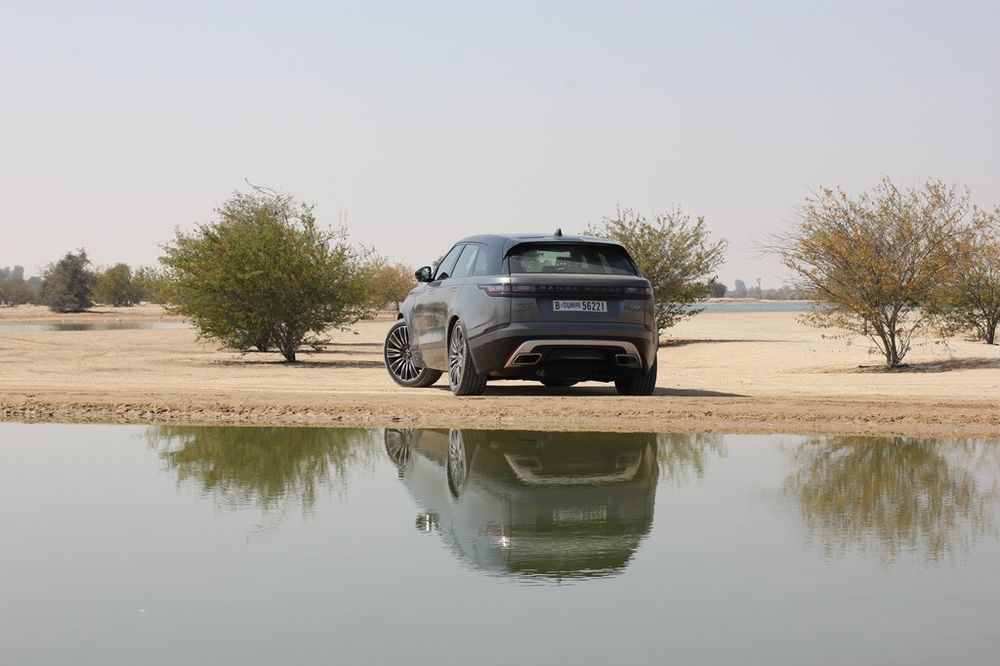 The Range Rover Velar 2018 is expensive, but it is the SUV’s good fortuner that it looks and feels expensive too. Priced from a little over AED 200,000, the Velar could most certainly become the brand’s best-selling model, but for a fully-loaded version you could end up spending well over AED 400,000. That’s when you remember, style and fashion don’t come cheap.

Jeep Adventure Days 2018 in the UAE