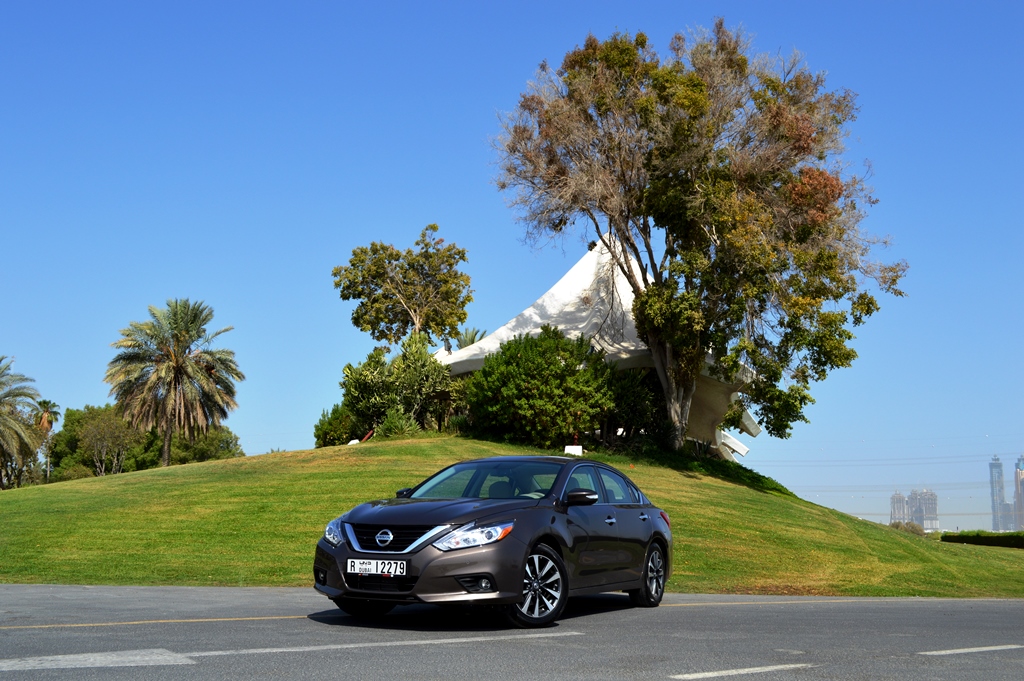 The Nissan Altima, a regional favorite, has been a part of the Japanese automaker’s line-up since 1992 and has held its ground against the likes of the Toyota Camry and the Honda Accord for years on end. Currently in its fifth-generation of production, the mid-size sedan has earned its bulletproof reputation by garnering endurance race titles and entering the world of Motorsports.

The lovechild of a tabooed relationship between the petite Sentra and the burly Maxima, the Nissan Altima 2017 is best described as an artistic disaster. The soft creases along the bodywork, starkly contrast the jagged edges and diminish the overall aesthetic value of the vehicle, all while doing nothing more than revealing a facade of sportiness. 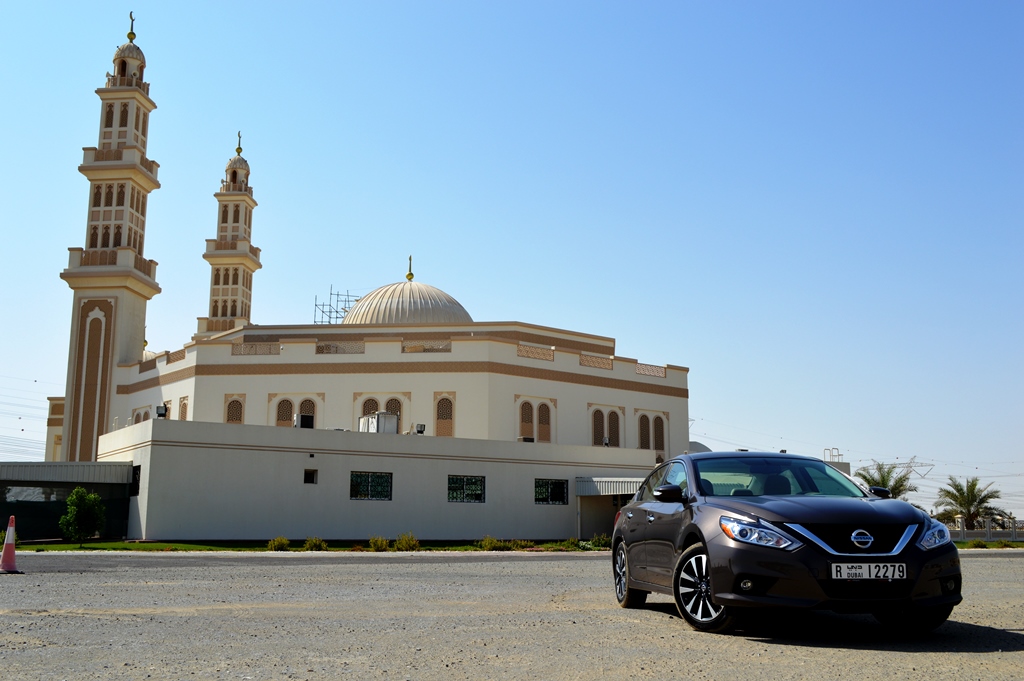 Sat on 17-inch alloy wheels wrapped in 215/55 Michelin rubber, the Altima’s atypical outer is no match for the Accord’s elegant exterior. Though 38mm longer and 29mm wider, the 2017 Altima flaunts a wheelbase that is ironically 1mm shorter than that of its predecessor.

Within the cabin, the designers have stuck to the tried and tested route, keeping changes to a bare minimum. A combination of hard plastics and leatherette, finished in beige and black hues, embellish the interior and complement the argent trim bits. 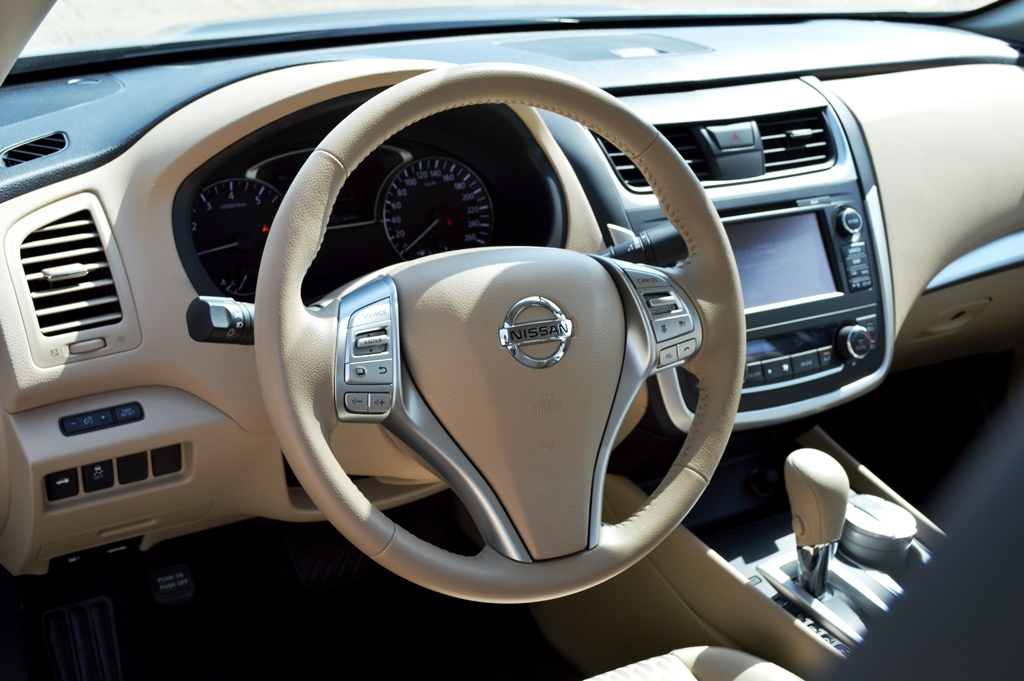 When in the driver’s seat, comfort is merely a byproduct of the multiple adjustments that can be made, including a steering that can be adjusted for rake and reach. The broad mirrors and large windows offer great visibility and also give the impression of a much larger cabin.

According to safety ratings from the Insurance Institute of Highway Safety (IIHS) and the National Highway Traffic Safety Administration (NHTSA), the 2017 Altima is a top-class contender with a 5-star rating in all categories, bar rollover resistance. Safety features include, but are not limited to, Adaptive Cruise Control, Blind Spot Monitoring, and Forward Collision Alert, in addition to ABS, traction control etc. 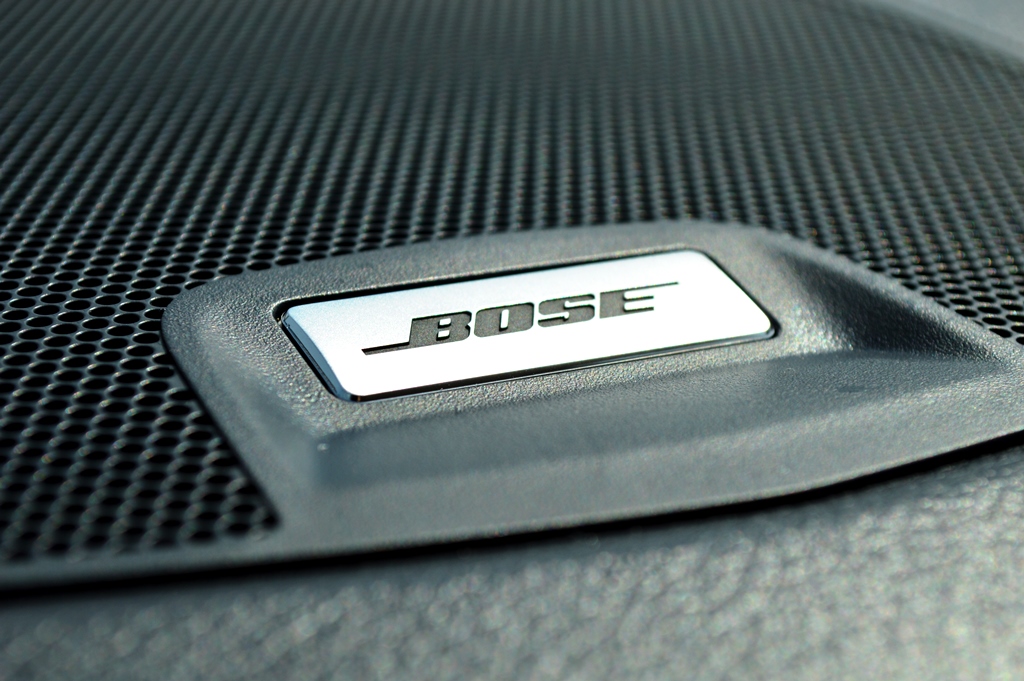 Technologically, the Japanese sedan offers an intuitive multimedia experience that encompasses a great infotainment system and one that enables Bluetooth audio streaming. The 9-speaker Bose sound system, however, lacks clarity and punch, and emits rattles due to the hard plastic door panel housings.

Residing under the sculpted hood of the Nissan Altima 2017, is a 2.5-liter 4-cylinder engine that directs 182 horsepower and 244 Nm of torque through a CVT transmission to the wheels up front. Although the CVT transmission offers smoother acceleration and lower RPMs at highway speeds, that’s not to say it hasn’t got its drawbacks. 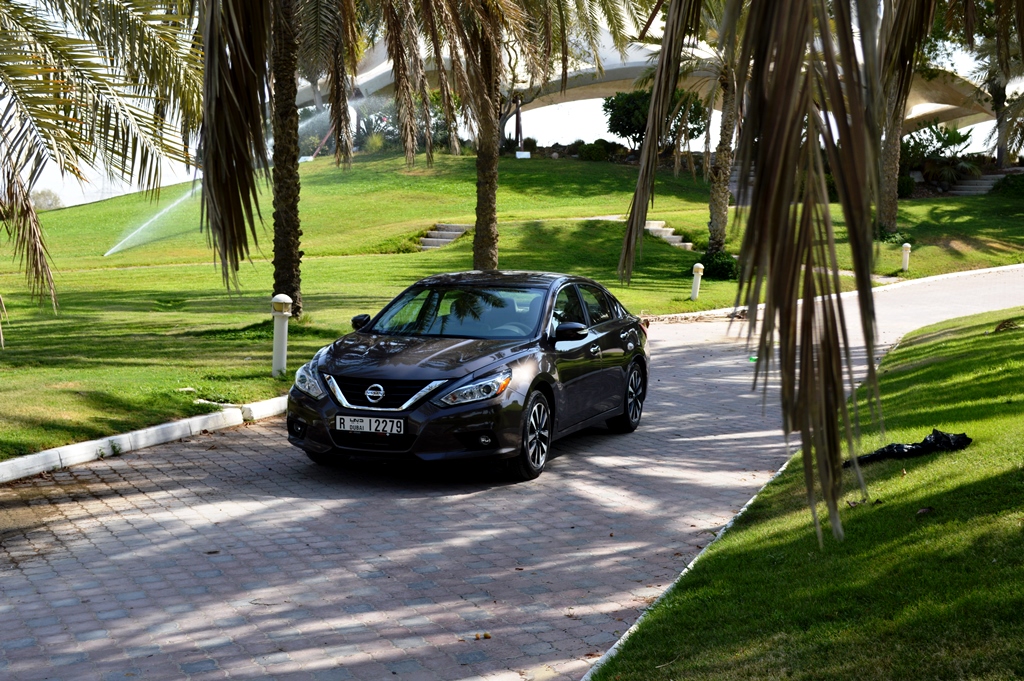 Having taken its customers’ opinions on board, the Japanese manufacturer has tweaked its CVT transmission to mimic an automatic, and has ended up with something that is significantly worse. With sudden drops in RPM to imitate a shift in cogs, unexpected lulls in power delivery now come as standard. 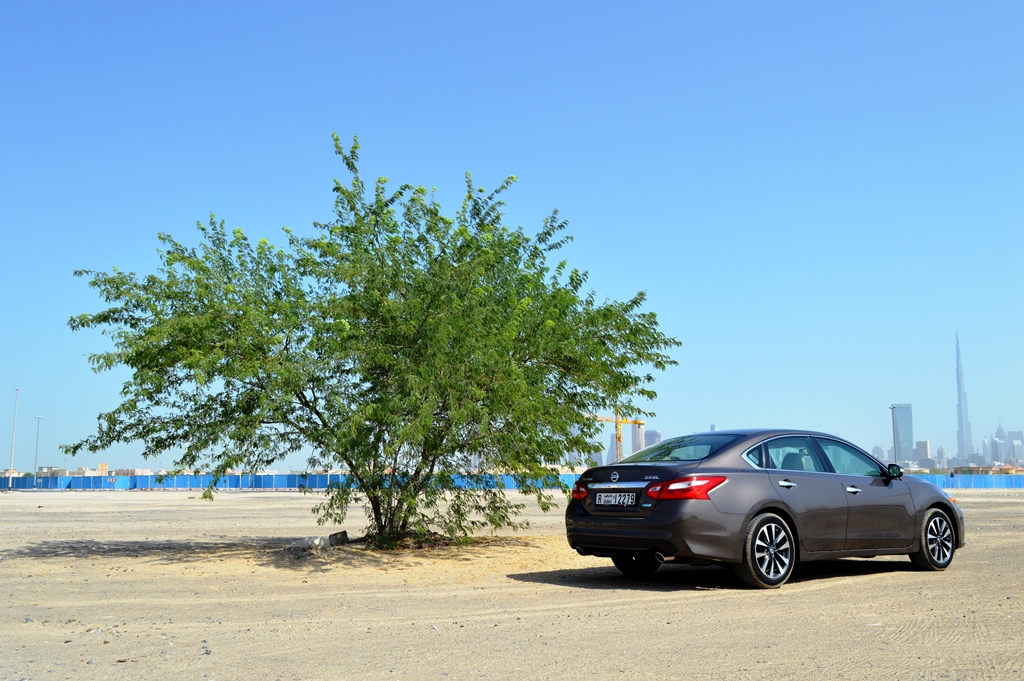 Within city limits, the Altima feels its best, offering a steering with the right amount of heft, a supple suspension set-up and moderately strong brakes, all while sipping just 7.1 liters / 100 km. Though equipped with a Sport mode and Active Understeer Control, spirited driving is clearly not the Altima’s forte.

The Nissan Altima is a phenomenal D-segment offering, one of the best in fact. With a bulletproof reputation, an affordable price tag and a plethora of features to accompany, it’s undoubtedly the one to have. If you can get over its ghastly exterior and appalling transmission, that is. 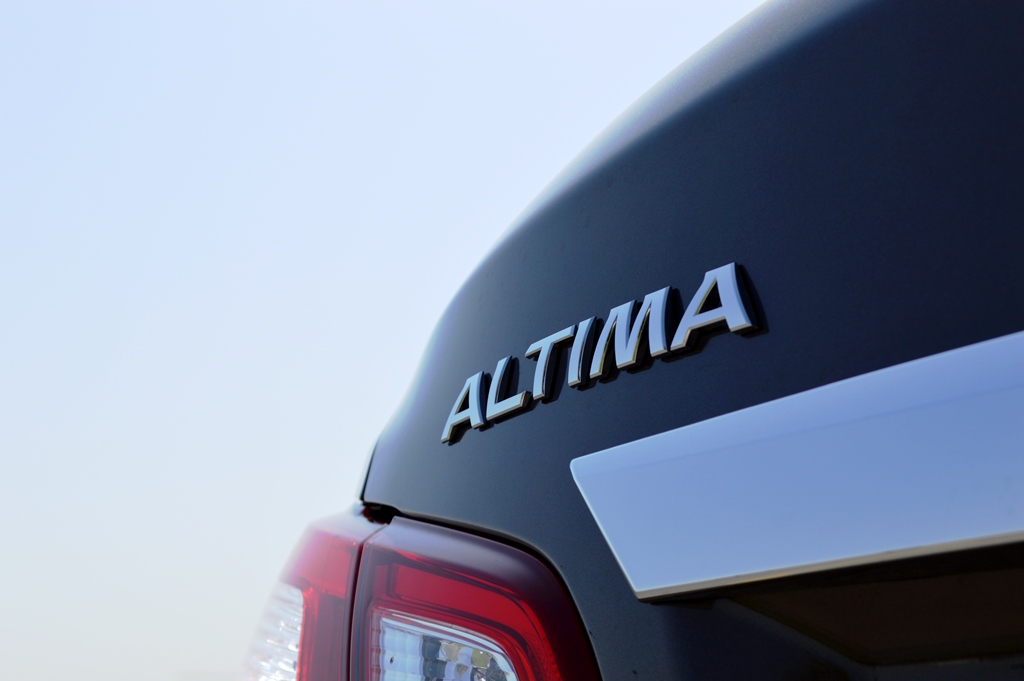 Great visibility all around

Neat, uncluttered design of the cabin