The D-segment of the automotive market is one that has seen growing numbers despite the recent global economic downturn. Chevrolet’s answer to the likes of the Hyundai Sonata, Nissan Altima, and Toyota Camry, the Malibu is for those who wish to challenge the norm and stand out in a crowd.

Measuring 4,922mm in length, 1,854mm in width, and 1,463mm in height, the Chevrolet Malibu 2017 is a sizeable offering and one that is notably larger than its predecessor. Although the taut tail lamps, swooping C-pillars and pronounced spoiler come together to create an aesthetically pleasing sight, the same simply cannot be said for the American sedan’s frowning countenance. 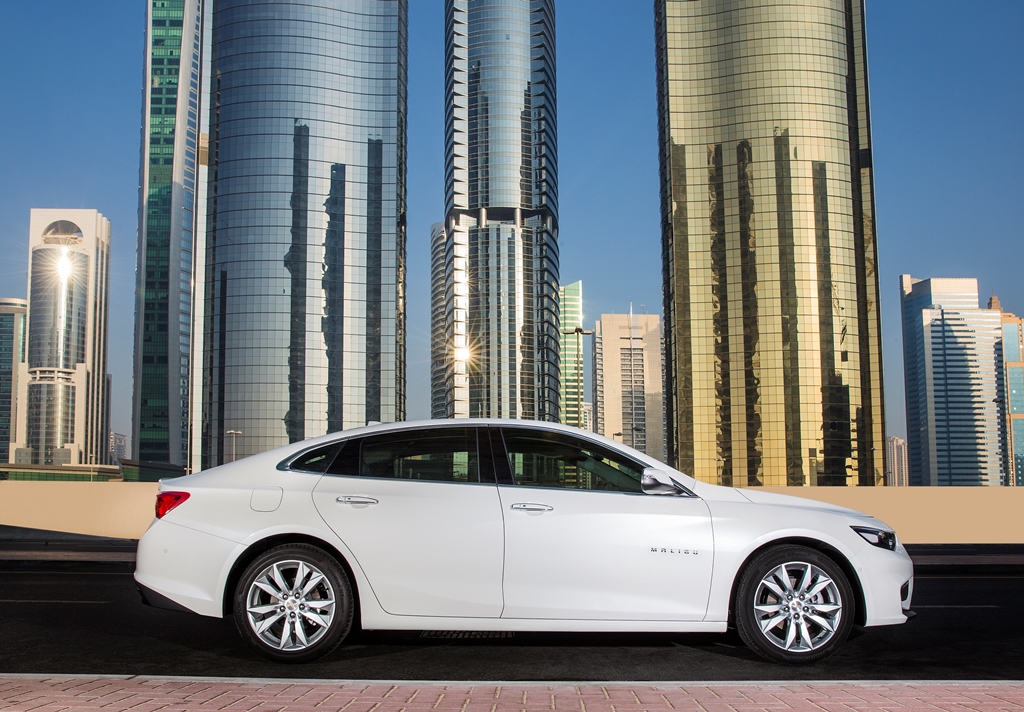 Abandoning the dated layout of the first-generation model for a much cleaner and neater appearance, the cabin of the 2017 Malibu is home to an intricately styled dashboard that comprises of bits of chrome, leatherette and panels of hard plastic. The star attraction stands as the infotainment screen atop the dashboard, bearing 7-inch in LT trim and 8-inch in the fully-loaded LTZ variant. 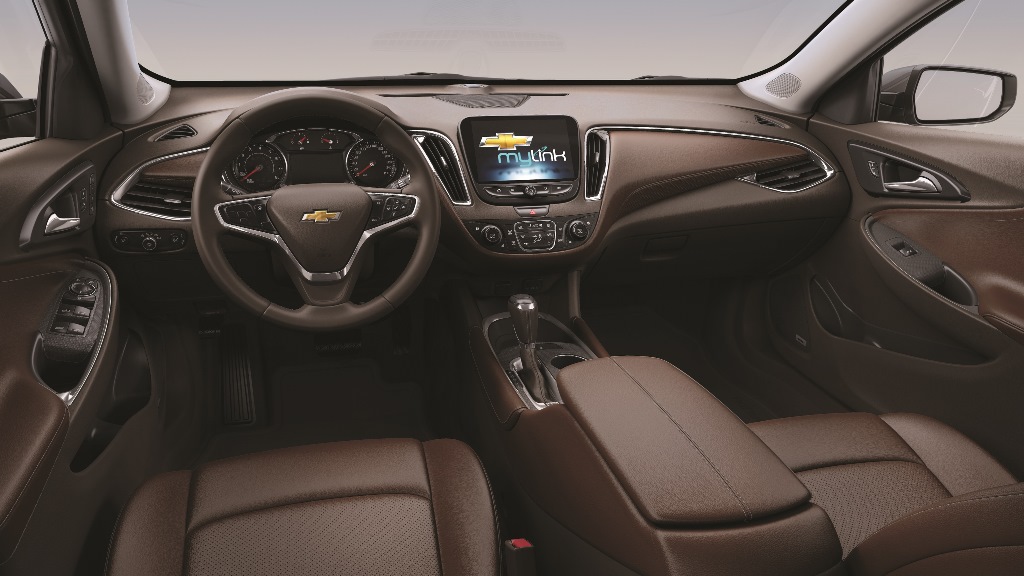 Playing a game that manufacturers and potential buyers are becoming wary of, the Chevrolet Malibu flaunts an astonishingly low starting price by offering two airbags in the LS variant, 4 airbags in the LT, and a much needed 6 airbags in the LTZ variant. Climb the spec ladder and there’s a plethora of features to be had including, dual rear seat USB ports, Bluetooth with Siri voice recognition and Apple Car Play. 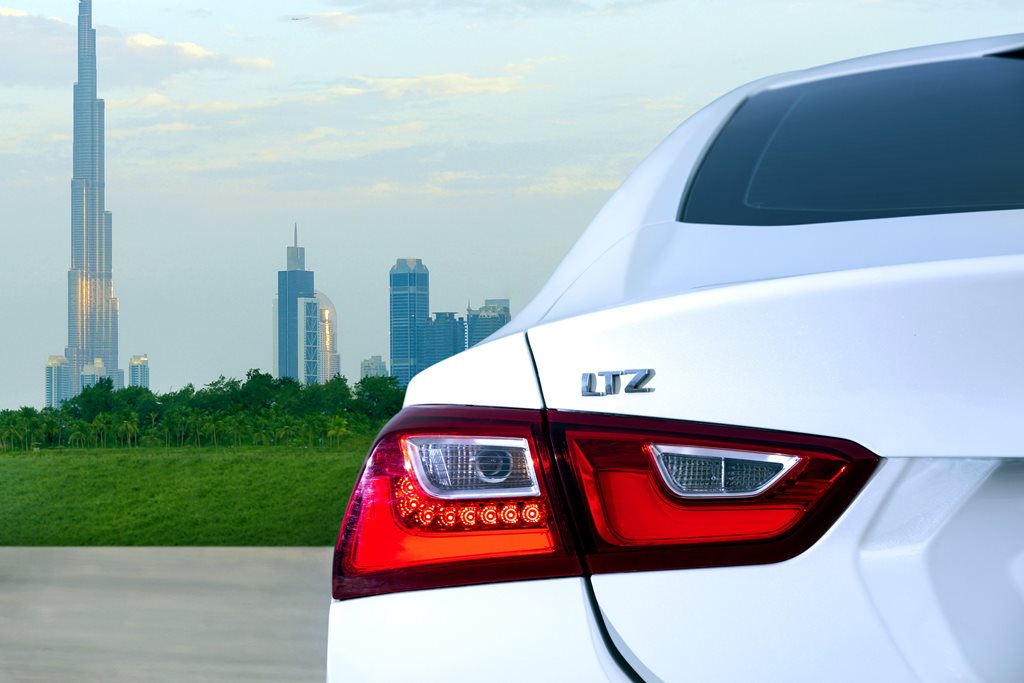 Powered by a 2.5-liter EcoTec 4-cylinder engine, the 2017 Chevrolet Malibu is good for 186 horsepower and 249 Nm of torque. While that may not sound like a lot, it’s a whole 11 horsepower gain over the Sonata, 8 over the Camry, and 4 over the trusty Altima. 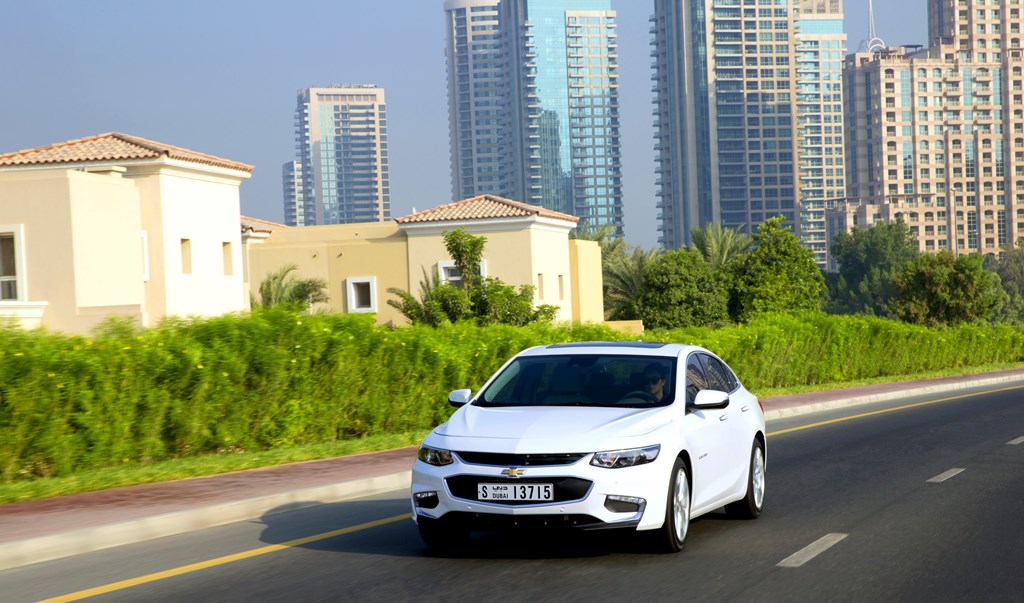 Tipping the scales at approximately 1,568kg, the all-new Malibu is a whopping 130 kilograms lighter than the model it replaces – something that is rather evident in its drive. Mated to a six-speed automatic transmission, when on the highway, the American sedan returns an impeccable 14.3 km/liter – a figure well worth highlighting.

Keeping traditional rivals aside, the Malibu also trumps the likes of the Mazda6, Honda Accord and Emgrand GT. As a value proposition, it truly is hard to fault.

The Malibu customer is a rational one who is penny wise and is on the hunt to find the biggest bang for their buck. Offering more than its rivals and coupled with an exceptional maintenance program that costs just AED 5,484 for up to 100,000 kilometers, the all-new Malibu is everything it’s hyped to be and more. 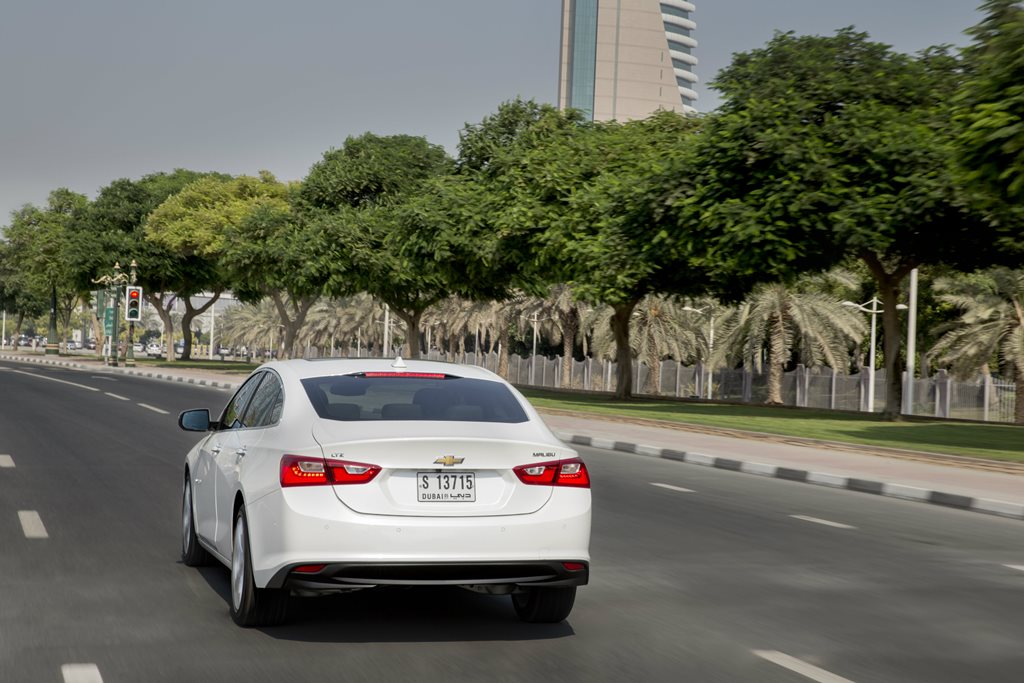