The car you see is the all-new 2021 Chevrolet Captiva, a car that might look a little familiar and that is because, as an international spy, it adopts different identities around the world. In China, it is sold as the Baojun 530, in India it is sold as the MG Hector, and here in the Middle East, it is sold as the Chevrolet Captiva. With that little introduction out of the way, let us jump right into the review and see what sets the Captiva apart from cars that are ruling the segment, namely the Honda CR-V, Nissan X-Trail, and Toyota RAV4. 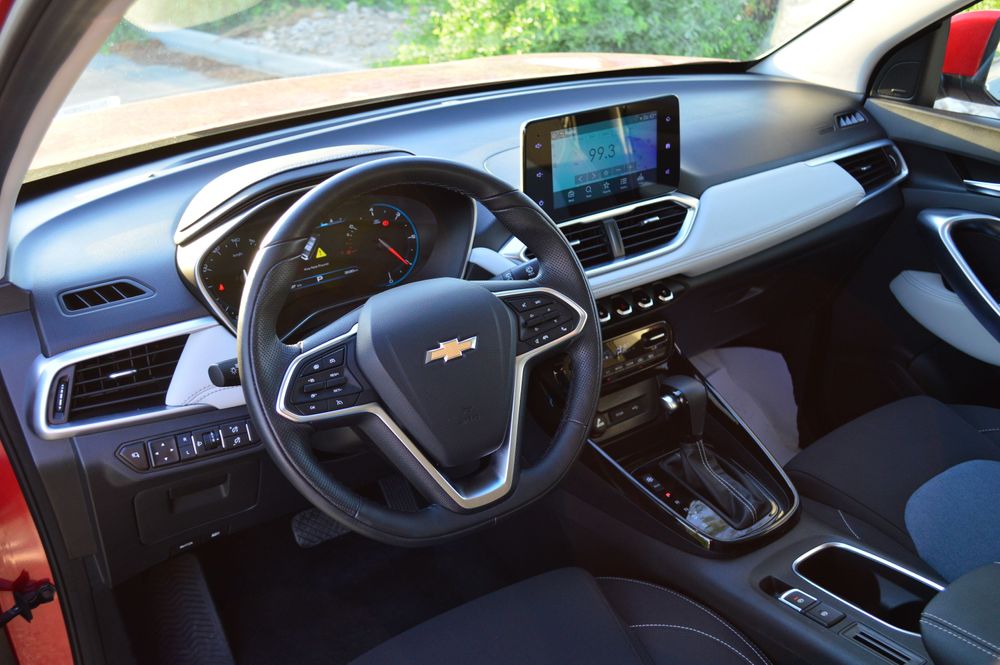 With Chevrolet on a product expansion spree, they have introduced many new SUVs such as the Blazer, Traverse, and Equinox over the past few years, making us question where exactly does this Captiva fit into the brand’s line-up? Essentially, it fits in between the smaller Trax and the larger Equinox, and although it does not look like either of the two, Chevrolet has tried very hard to make the Captiva feel as Chevrolet as possible.

Powering this compact crossover is a 1.5-liter turbocharged engine that produces 149 horsepower and 255 Nm of torque. This power is pushed through a CVT gearbox that has been tweaked with 8 steps to make drivers feel like they are driving a car with 8-speed automatic transmission. What is worth noting, however, is that the Captiva is only available with a Front Wheel Drive layout, meaning if you like exploring lesser-traveled paths or enjoy the soft sand at the beach, you’d be better off in the All-Wheel Drive CR-V, X-Trail, or RAV4. 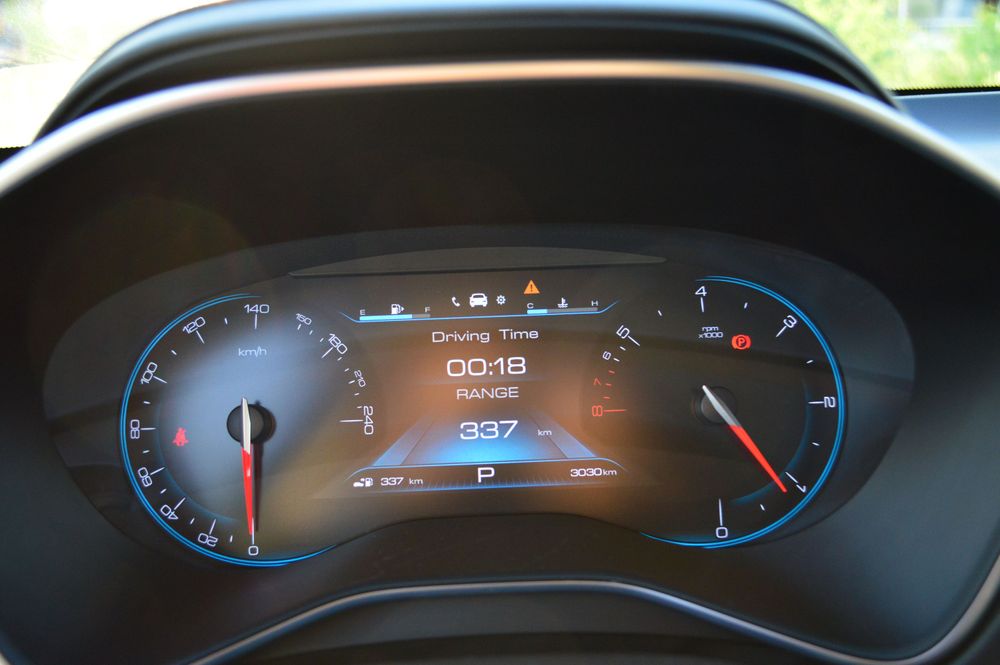 When it comes to fuel economy, the small engine of the Captiva does work in its favor, as it is able to return up to 12 kilometers per liter. In terms of ride comfort, it is better than you would expect with the suspension doing a great job of absorbing bumps and uneven patches in the road. However, if there was one thing about the driving experience that does seem a little off, it would have to be the steering wheel. It is HUGE for a car of this size. 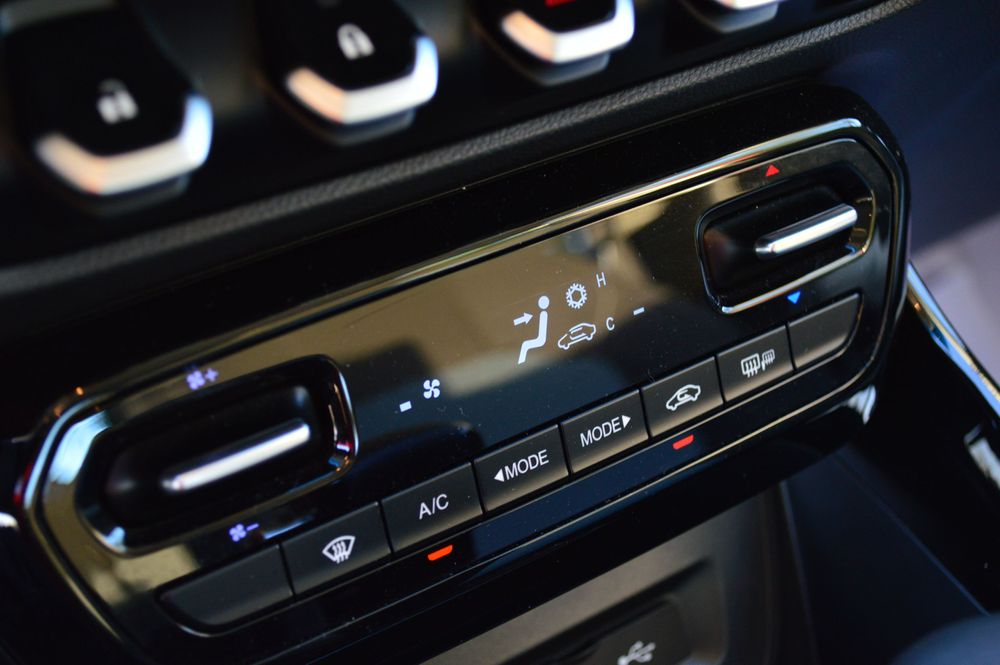 In terms of design, the designers seem to have taken a lot of inspiration from the Mazda CX-5 and that is seen in the shape of the central A/C vents as well as the overall flow of the dashboard. While there are patches of beige leather and silver trim to brighten up the cabin, there is just a lot more hard plastic in the cabin than any of the Captiva’s rivals have to offer.

To try and position the Captiva for the youth, the designers have also used these fighter jet-like switches along the dashboard to control the central locking system, parking sensors, etc. as well as a flat-bottom steering wheel. Speaking of things that make the Captiva cool and sporty, there is also a unique instrument cluster that can be customized to show information most relevant to you. 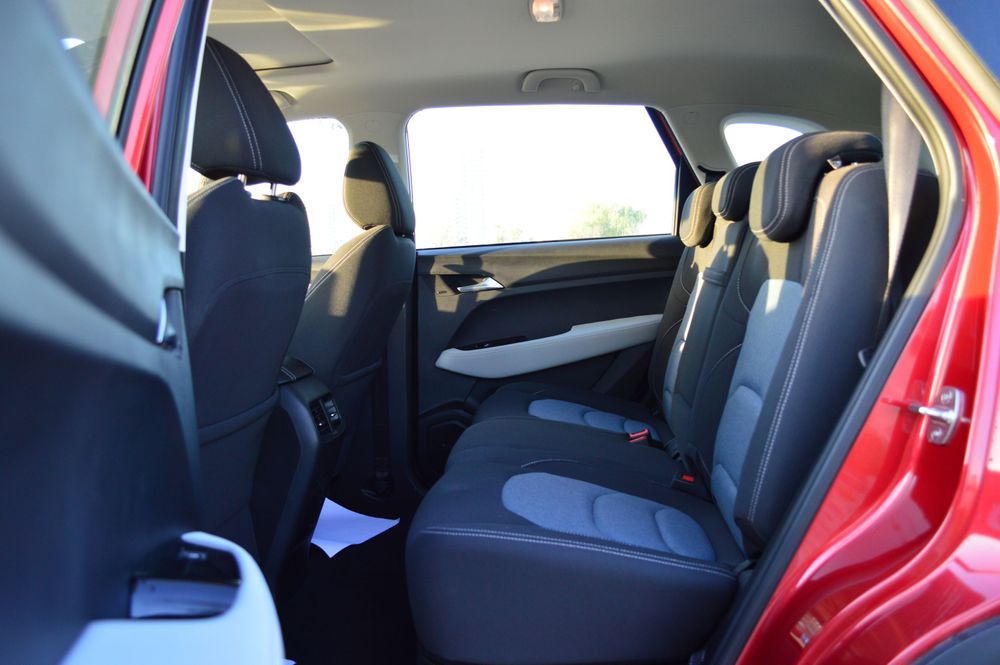 The second row is an important part of all family SUVs and here in the Captiva, the second row slides forwards and backward, as well as reclines. The legroom is good but the headroom is on the tighter side and that is coming from someone who is not very tall. Thankfully though, there are A/C vents and a USB charging outlet.

Almost all compact crossovers that offer 7-seats, do so just for the sake of offering 7-seats, they are not really useable by anyone with a pair of legs and the Captiva is no different. Strangely though, the team of designers and engineers have given those in the last row cupholders and a USB charging outlet but forgotten what matters the most: A/C vents! 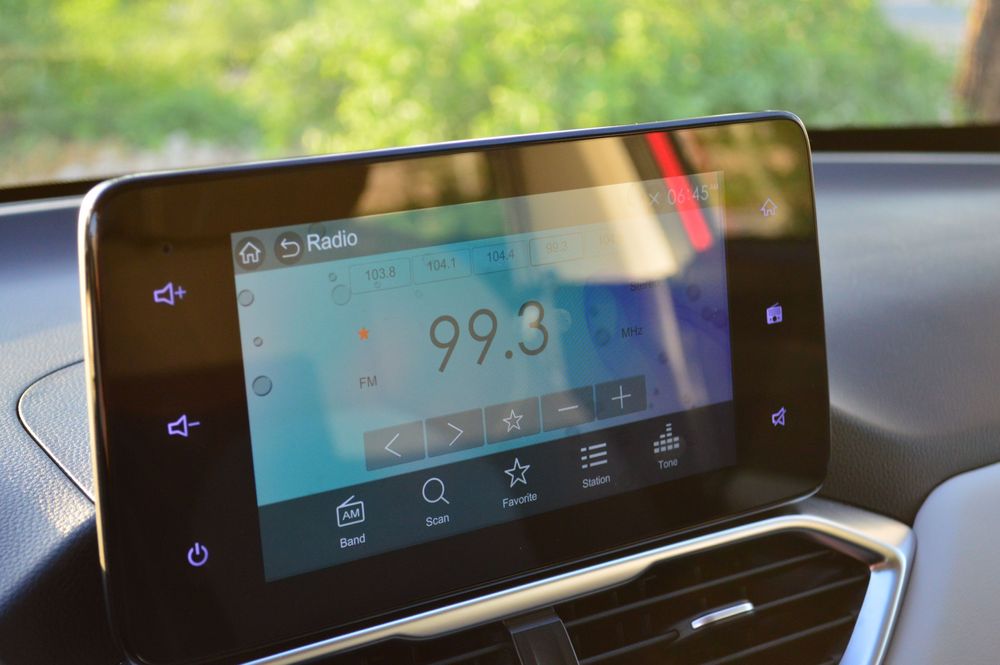 This Premiere model, which is the full-option model sold in the UAE, does come decently equipped. You are looking at a sunroof, an 8-inch infotainment screen with Apple CarPlay, a rearview camera with sensors in the front and back, an electric parking brake with auto hold, and cruise control.

The screen, though good in resolution, is a little laggy and tends to take 3-4 seconds to respond after you click on anything. It is also missing Android Auto – a feature all its rivals offer and automatic headlights! 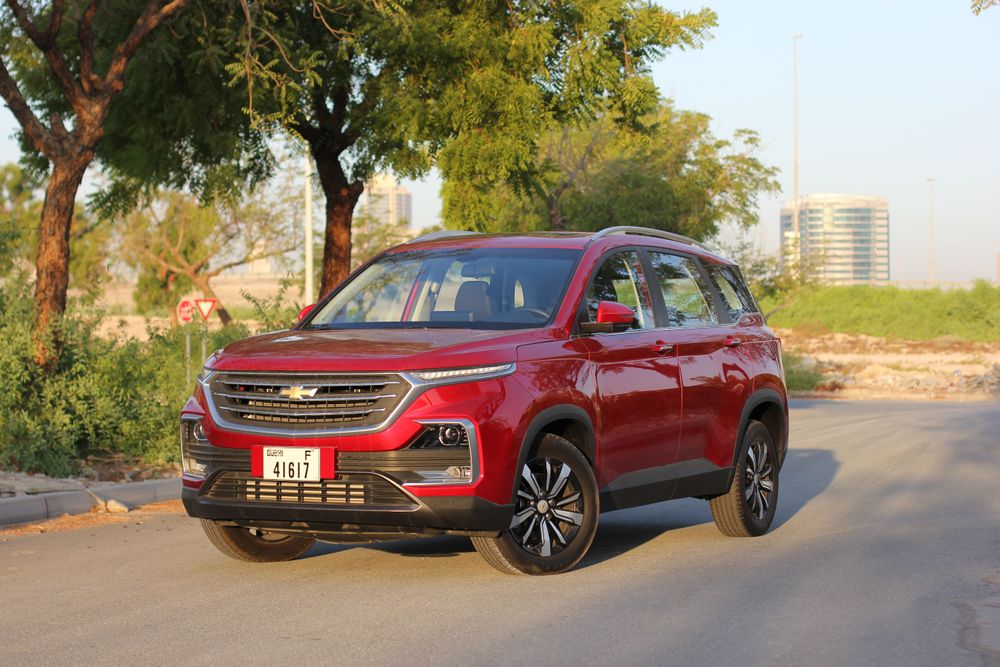 When it comes to the design, there is no denying that the Captiva is a very good looking car, especially in this Glaze Red Metallic color. There are a lot of sharp lines and edges on the bodywork and like many other cars including the Nissan Juke that started the trend, the Captiva too gets LED Daytime Running Lights on top with its halogen headlamps placed lower down. Along the side, there are 17-inch alloys wrapped around Continental tires and funky floating roof design.

In the back, the Captiva gets a roof-mounted spoiler, wraparound taillamps, and a chrome exhaust that sticks out of a sporty diffuser. With all three rows of seats in use, the cargo room is quite limited, but fold the seats out of the way and the Captiva offers up to 1,051-liters of storage, which is a lot but not as much as what its rivals have to offer. 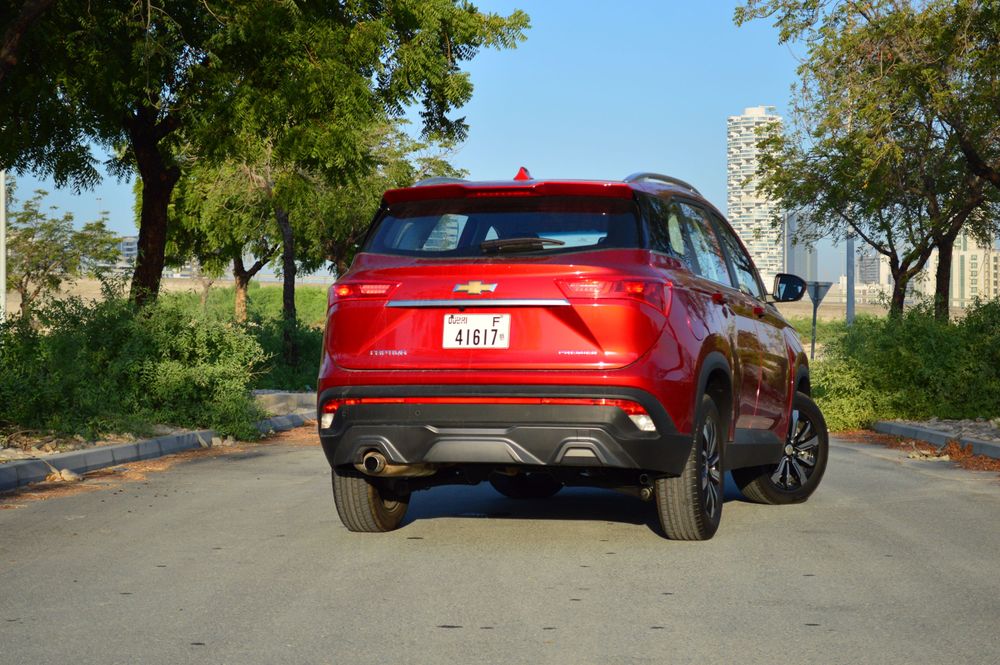 With a starting price of just 64,900 Dirhams and a full option price of just 79,000 Dirhams in the UAE, the Chevrolet Captiva is significantly more affordable than its Japanese rivals. Its lower price does mean that is unable to match them in terms of quality, features, or driving experiences, but in the challenging times that we are in today, affordability always wins, and, on that front, it is King. Speaking of affordability, if you are in the market for the best car insurance quotes that will save you time and money, then check out InsuranceMarket.ae™.