All new Hyundai Accent launched in the Middle East

When the call to attend the launch of the all-new Hyundai Accent in Bahrain came through, it brought back pleasant memories of a trip I’d done in my younger years. A keen supporter of the travel-light movement, it wasn’t much more than a backpack, laptop and some camera gear that would accompany me for the next twenty-four hours.

Having arrived at the ART Rotana on Bahrain’s Amwaj Island and meeting with colleagues from across the region, it was the 2018 Hyundai Accent that embellished the entryway to the hotel, turning the heads of hotel guests and media colleagues alike. Following the mandatory check-in requirements, it was time to head to the room, grab a meal and prepare for an early start the next morning. 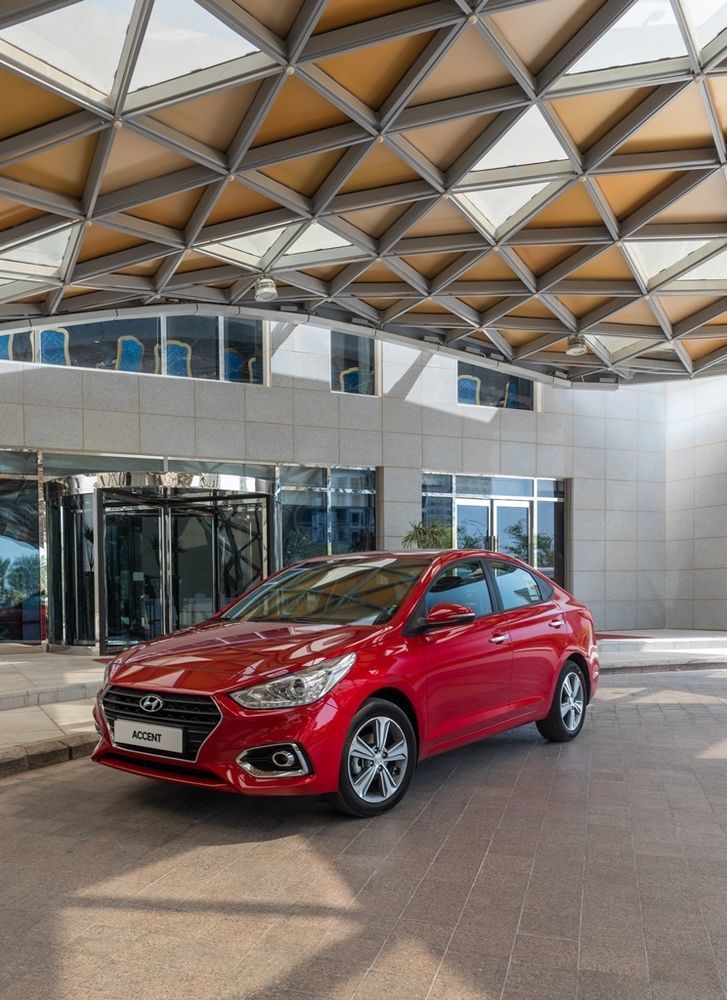 Well before dawn and while the skies remained unlit, it was the sound of Toto’s Africa (my alarm tone) that ensured I was up and ready for my 6:00AM filming slot. A quick drive to the nearest scenic spot – a few left and right turns away from the hotel – and it was time to attend the briefing session that marked the start of an exciting, activity-packed day ahead.

Ghassan Naser, Director of Hyundai UAE, commented: “The all-new Accent continues the legacy of this popular model while also reflecting Hyundai’s increasing focus on technology and leading innovation in the automotive industry. It is a stronger, safer, and more technically advanced car that is showing the way forward when it comes to adopting new technologies, particularly in terms of its safety features. At the same time, it remains a pleasure to drive and delivers the high-quality value for money that Hyundai is renowned for.”

In a fascinating activity called Pick Smart (the first of many), the friendly hosts had tossed 12-15 keys into a glass bowl and the key you’d pick determined the car you’d be driving for the rest of the day. Call it luck, but I’d managed to snag the keys to the only red car in the convoy (one of the nicest of the eight exciting hues available on the all-new Accent), a fully-loaded 1.6-liter variant.

With two colleagues in the car, the 112-kilometer route across Bahrain saw each of us at the wheel for approximately 35 kilometers, driving to Bahrain Fort, the Royal Golf Club for lunch, and back to the ART Rotana in time for our flight back. On iPads placed in the car, each member was encouraged to participate in an ‘Accent 101 Quiz’ that tested our knowledge of the model and features available before producing a score out of 100. 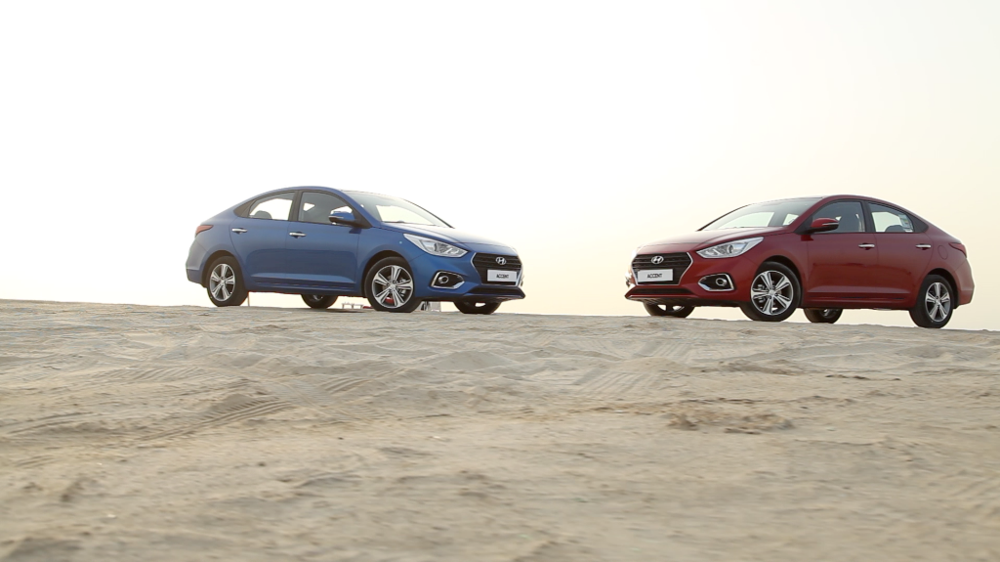 At the Bahrain Fort located along the picturesque coastline that brought back memories of the serenity I’d associated with the country, we had plenty of time to admire Hyundai’s newest creation. Flaunting the cascading grille seen on other models such as the Elantra and Sonata, the Accent bears a great resemblance to other models in the brand’s line-up while remaining distinctly more modern than its rivals that come in the form of the Honda City, Kia Rio, Nissan Sunny and Toyota Yaris.

With my go at the wheel complete, I hit my colleague’s hand in WWE tag-team style and hopped into the rear seat as he drove towards the Royal Golf Club where several activities and lunch awaited us. Instantly overwhelmed by how much warmer it was in the back, I noticed the all-new Accent had skimped on rear A/C vents, not a particularly bright move in a region that gets unbearably warm for the better part of five months of the year. 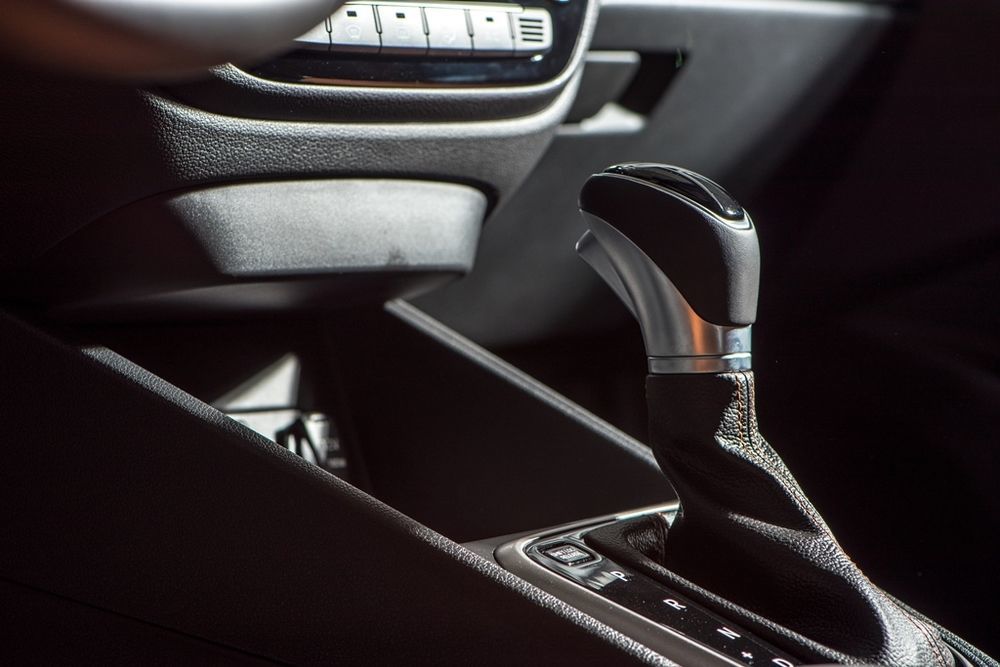 Although spartan for the most part, the rear seats are comfortable and offer plenty of room thanks to the increased wheelbase and dimensions of the Korean sedan. On the technological front (it’s strong point) the Accent differentiates itself from the competition with the likes of a touchscreen infotainment system, Android Auto, Apple CarPlay, cruise control, dual USB charging, and adaptive headlamps that follow the steering angle for better illumination in turns.

In a move to improve fuel efficiency (one that the Wonder-Fuel Challenge proved), the all-new Accent features two engines: a 1.4-liter unit and a larger 1.6-liter engine that produce lower outputs than in the previous model. While 99 horsepower and 132 Nm is what the smaller of the two engines generates, the 1.6-liter ups the ante to 121 horsepower and 151 Nm of torque, with power being sent to the front wheels via a 6-speed automatic transmission. 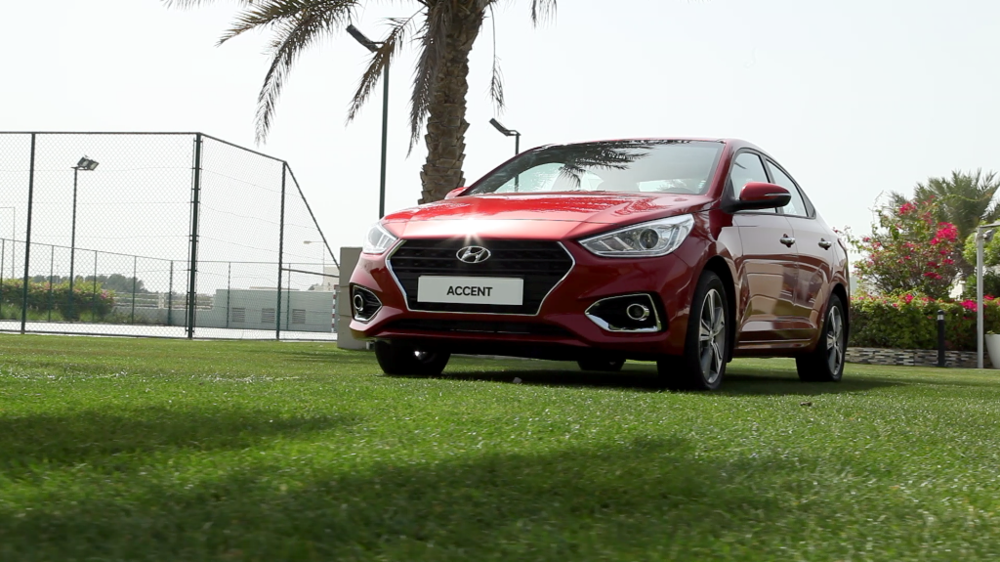 In an odd and rather surprising turn of events, Hyundai has bid farewell to the droning CVT transmission that graced previous models. Having listened to its customers (and cribbing forum members) who complained of the rubber band effect of CVTs and the difficulty with which it accelerates to highway speeds, they’ve reverted to a traditional automatic transmission while keeping fuel economy at the top of their list.

To prove just how easy the 2018 Hyundai Accent is to drive on congested roads and in cramped parking lots, the ‘Back Like a Boss’ challenge saw us reverse between makeshift parking bays on a lawn in the fastest time possible using nothing more than the in-built reverse camera. Once the fun and games were over, it was time to rush back to the hotel, pick up my bag and head for the airport. 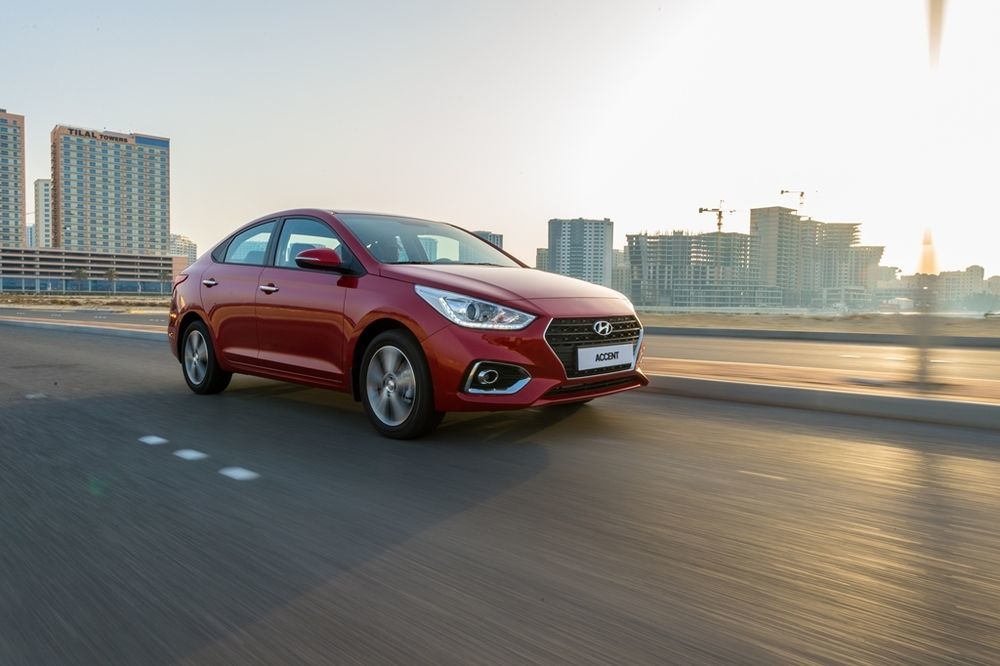 Competing in a segment where fuel economy matters more than driving dynamics, and where buyers are swiftly swayed by the price tag displayed on the windscreen in showrooms, the all-new Hyundai Accent is a breath of fresh air that is feature packed and exciting with an AED 49,000 starting price. For the youth and technologically-inclined crowd, the Accent is the way to go for an affordable, family-friendly sedan.

More than 50,000 Mitsubishi Pajero cars have been recalled due to air bag defects