Tesla opens the doors to its first showroom in the UAE

American automaker Tesla has officially opened its first retail store and service centre in Dubai, UAE.  The new 17,000 sq. ft facility is home to a Tesla Design Studio and is located on the city’s bustling Sheikh Zayed Road, opposite the iconic Burj Khalifa.

Tesla announced its arrival in both the UAE and Jordan earlier this year, inviting customers to visit their online design studio and kiosk at The Dubai Mall. According to statistics, it is believed that more than 3 million people visit Tesla retail stores around the world to learn about electric vehicle technology in a low-pressure, educational environment.

With two Supercharger sites in the UAE and three more planned by the end of the year, Tesla owners can recharge their vehicles in minutes rather than hours. Scattered around the country are also thirty-two Destination Chargers, with at least eighteen more operational in the next six months.

Priced from AED 281,350 and AED 332,500, deliveries of the Tesla Model S and Tesla Model X respectively, have begun to customers around the country since June 2017. 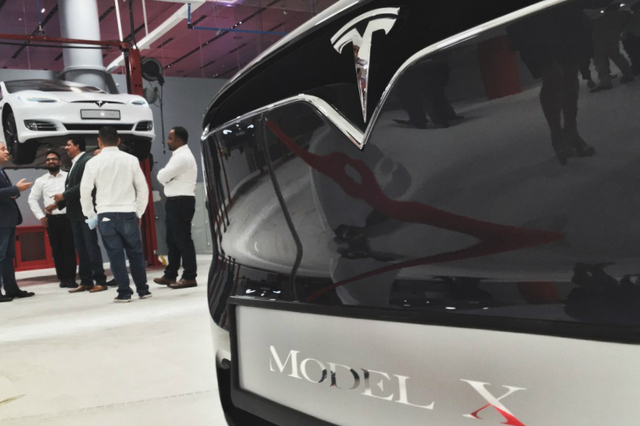 Tesla launches Model S and Model X in the UAE