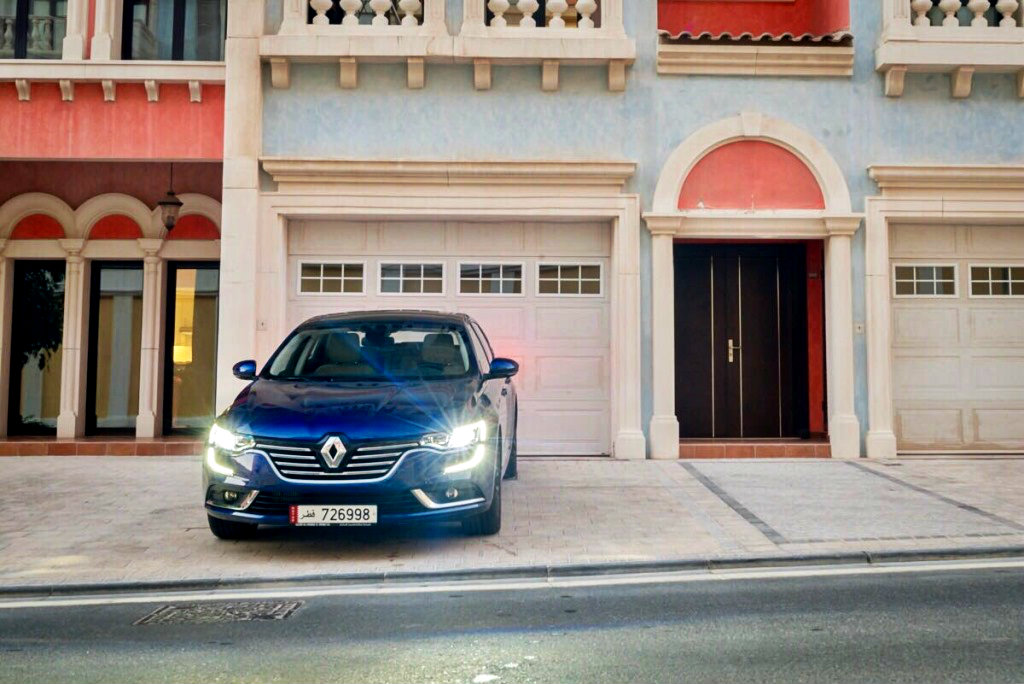 If the idea of purchasing a Renault has never crossed your mind before, it is likely to do so now. Factors that contributed to the French brand’s slightly inferior image, are long gone. Standing tall and ready to take on segment heavyweights, theRenault Talisman 2017 is here to challenge the likes of the Honda Accord, Toyota Camry, and Volkswagen Passat.

The first thing you will notice about the French sedan, is its powerful yet not too aggressive contemporary design. The shiny front grille is complemented by sleek C-shaped Daytime Running Lights (DRLs) and made even more distinct by the LED Pure Vision headlights. 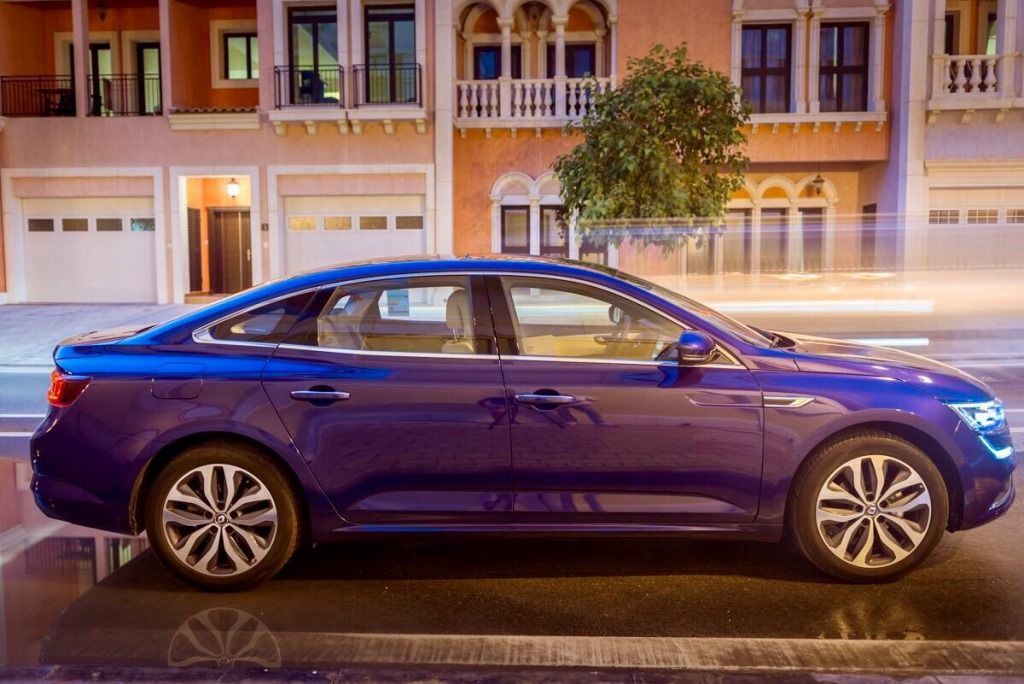 In a true case of form meets function, the 2017 Renault Talisman is bedecked with fine chrome touches and a striking set of 17-inch alloy wheels that not only add aesthetic value but greatly aid around the bends, too.

From the inside, the Talisman feels surprisingly, and is indeed, very spacious. Even for a 6’2 individual like myself, the French sedan offers ample amounts of head and legroom in the front as well as the back. In terms of cargo space, the Talisman really impresses with a whopping 600 liters on offer – a figure far superior to its rivals. 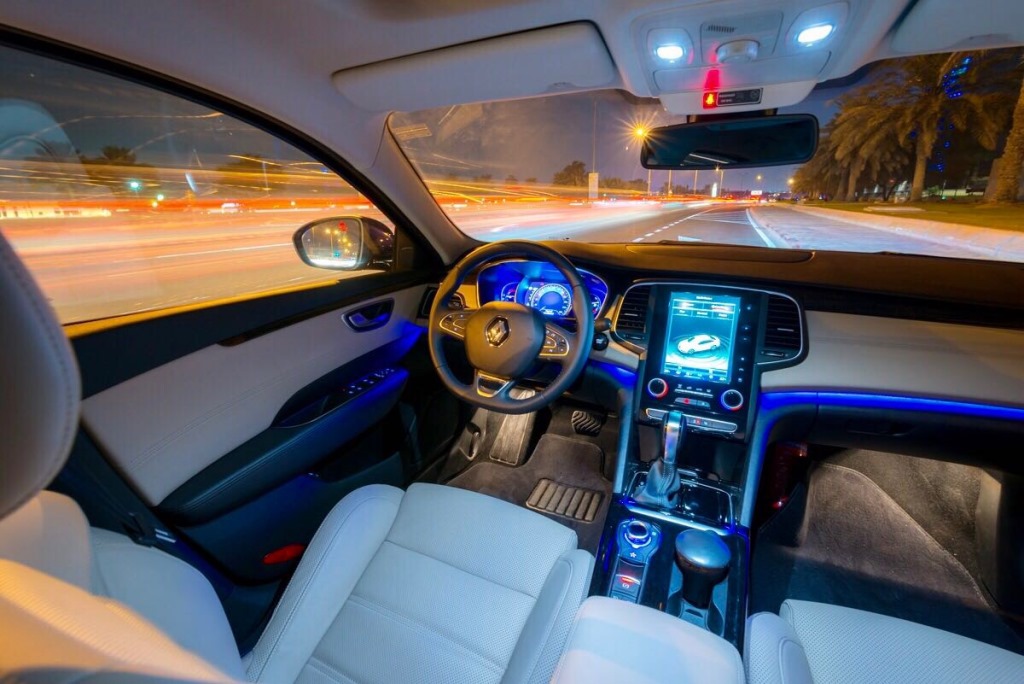 The general feel of the dashboard, seats and door panels is decent, and connotes the Talisman’s upper-class positioning. Throw in a little extra dough and the option stands to have wooden trim embellish the dashboard. Although a tad high, the driving position is one that can be effortlessly altered through the electrically controlled seats.

Renault has paid special attention to making the Talisman’s controls and infotainment system relatively easy to use. The 8-speaker Arkamys 3D sound system, is an absolute treat and is controlled through a spectacular 8.7-inch R-Link 2 tablet. The quietness of the cabin is well worth highlighting, as it truly enhances the overall experience offered by the French sedan.

The touchscreen quality is great and doesn’t lag, allowing easy navigation around the various menus. Integrating numerous controls into one, the R-Link2 tablet is used to manage everything from the ventilated seats and massage options, to the many drive modes. Not having conventional AC controls and having them as part of the touch system, is something that will take a little getting used to, especially for the old-fashioned like myself.

For those who love the extra touch, the Talisman stands out with its Smart Card Intelligent Hands-Free System. Designed with a luxurious touch of chrome and laminated in white, the Smart Card Intelligent key illuminates the cabin and prepares the vehicle for your arrival. Although it’s fancy marketing jargon for a proximity based sensor, it’s a handy feature to have and one we aren’t complaining about.

Performance wise, the Talisman possesses the ability to surprise you with the different characteristics it adopts as you shift between its drive modes (Comfort, Eco, Sport). While Comfort mode loosens the steering, softens the suspension, and activates the massage feature on the seats (a bit of a distraction at times), Sports mode improves acceleration and stiffens the suspension to curb body roll. 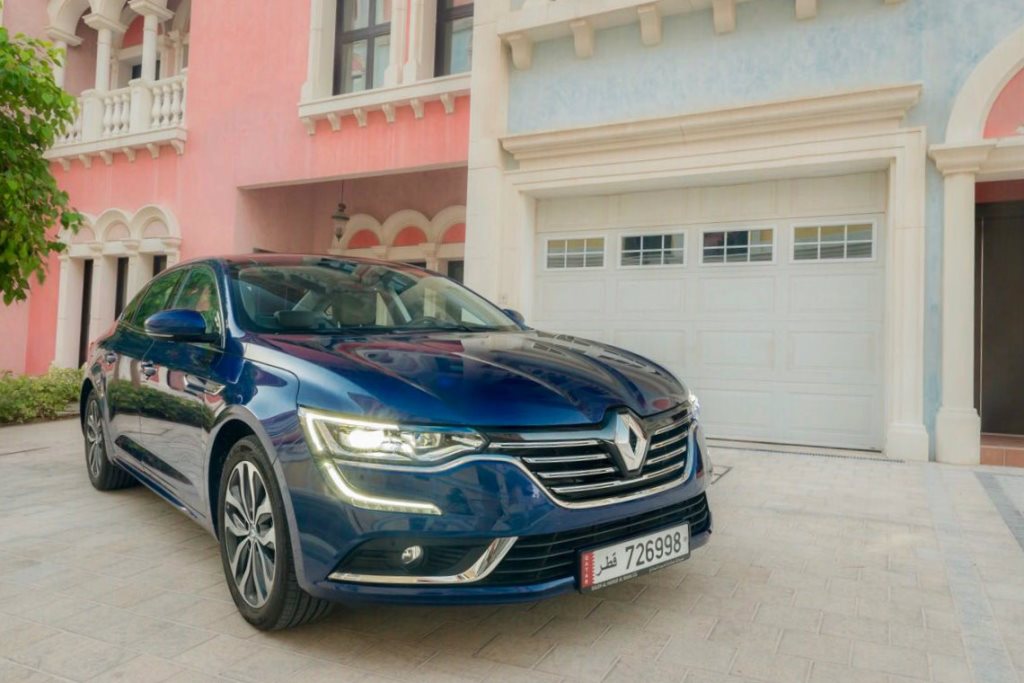 Although Renault allows a custom drive mode to be created with individual mappings for the steering, suspension, and gearbox, Sports mode is by far the most engaging. With improved throttle response, a heftier steering, and reduced body roll, combined with a double clutch 7-speed transmission, the Talisman is arguably the most engaging in its segment.

Unlike standard offerings in the Renault line-up, the Talisman’s TCe engine is designed by Renault Sports Technology taking benefit from the engine-making expertise Renault has forged in Formula 1 – something that is evident in the Talisman’s grunt.

If you are a family man who is looking for more than just a regular sedan, the Talisman is for you. If you’re a professional by day and a family man by night, yet appreciate a thrilling drive every now and again, then the Talisman undoubtedly deserves your attention. 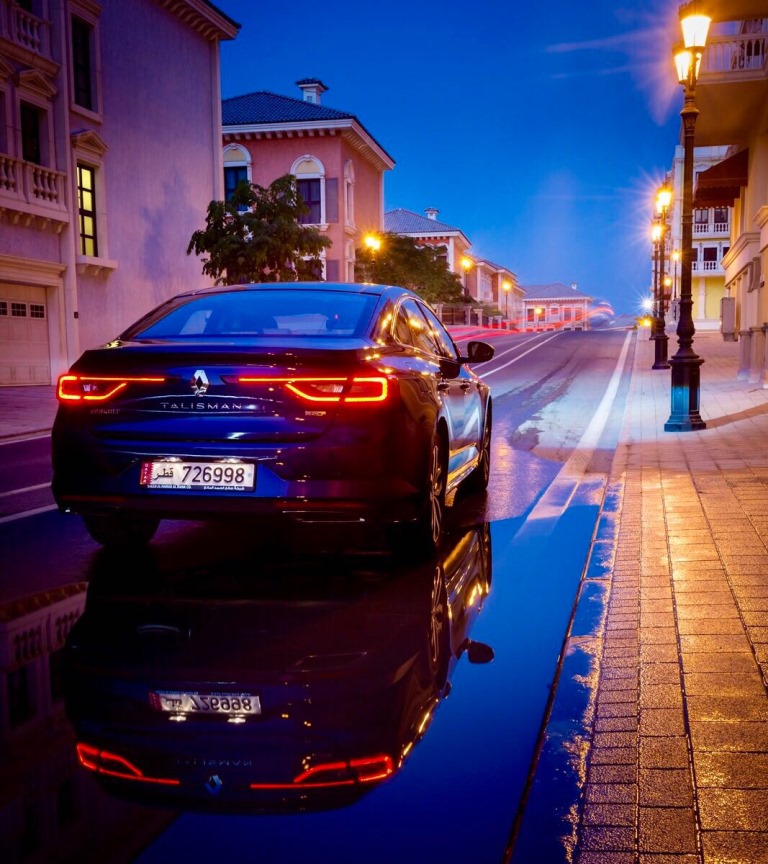 - Impressive acceleration with the Turbo Controlled Efficiency Engine TCe version of the car.

- Spacious interior that is well built and feels good.