If you searched the internet and thesauruses from around the world for a synonym of the word ‘luxury’, the Range Rover Vogue is what you’d find. The most expensive and luxurious Range Rover to date, the Vogue is a staple amongst the rich and famous, and for good reason. 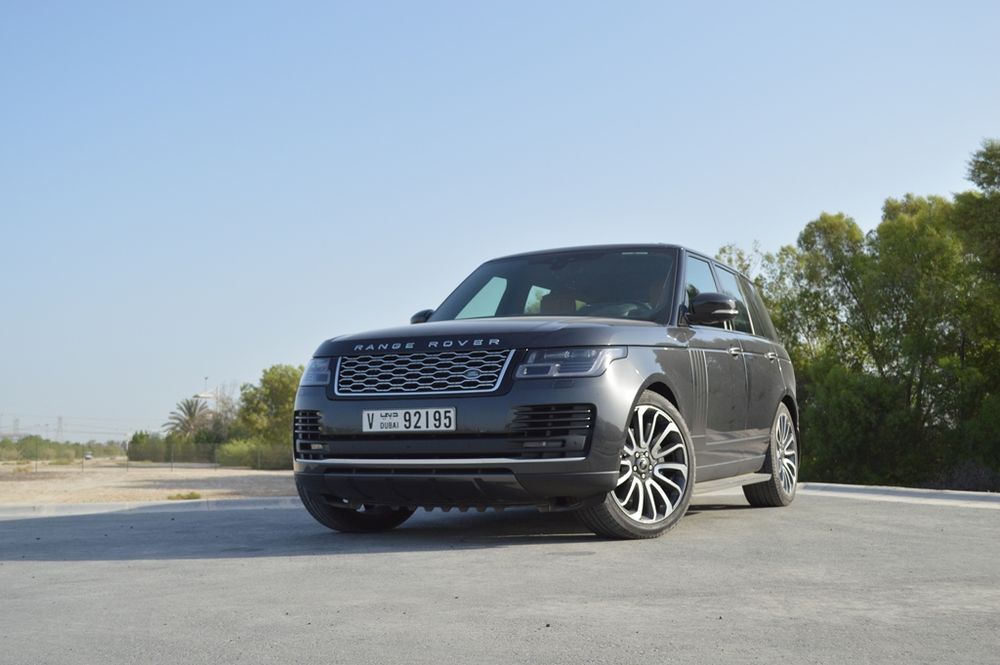 Significantly better than the model it replaces, the facelifted version is far more refined. Up front, the new grille is bold and more prominent with wider ovals embellishing the center. Flanked by pixel laser LED Daytime Running Lights, it’s attention grabbing, especially when all 144 LEDs are switched on.

In the rear, the brake lights have been replaced for two individual LED pods, and while they do look disconnected, they are quite nice. Keen eyed fans will also notice that the new model has square exhausts instead of rounded tips on the outgoing model. 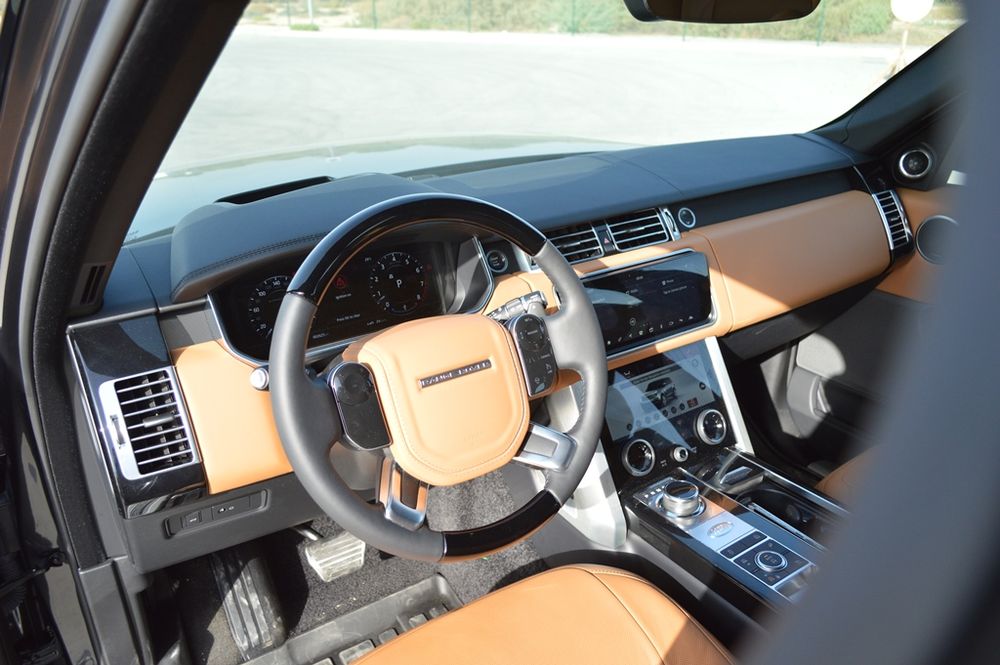 Truly revolutionary, the interior of the Range Rover Vogue 2018 has nearly no physical buttons whatsoever. Executive and designed to give you that first class experience in all rows, all buttons have been concealed beneath dark glass for a flushed appearance.

The multifunction steering wheel is classy yet modern with wood and leather coming together to give it that well-known Range Rover quality. Buttons provide haptic feedback and are also sensitive to the touch, allowing those behind the wheel to either control features with a press or swipe. 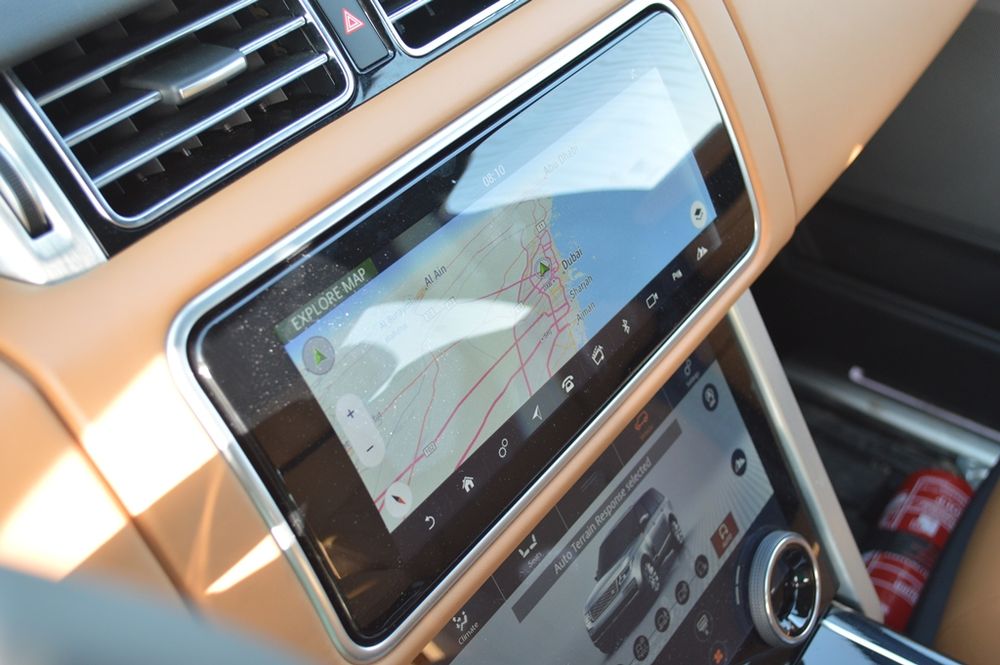 The InControl Touch Pro infotainment system welcomes two 10-inch screens in the center console, with the upper screen focused on being the infotainment hub while the lower is used to control things such as the climate control and seat settings.

Speaking of modern elegance, the instrument cluster display is essentially a 12.2-inch digital screen that can be customized in numerous ways to see the information that is most relevant to the driver, be it navigation data, fuel economy data, or the RPM and speedometer gauges. 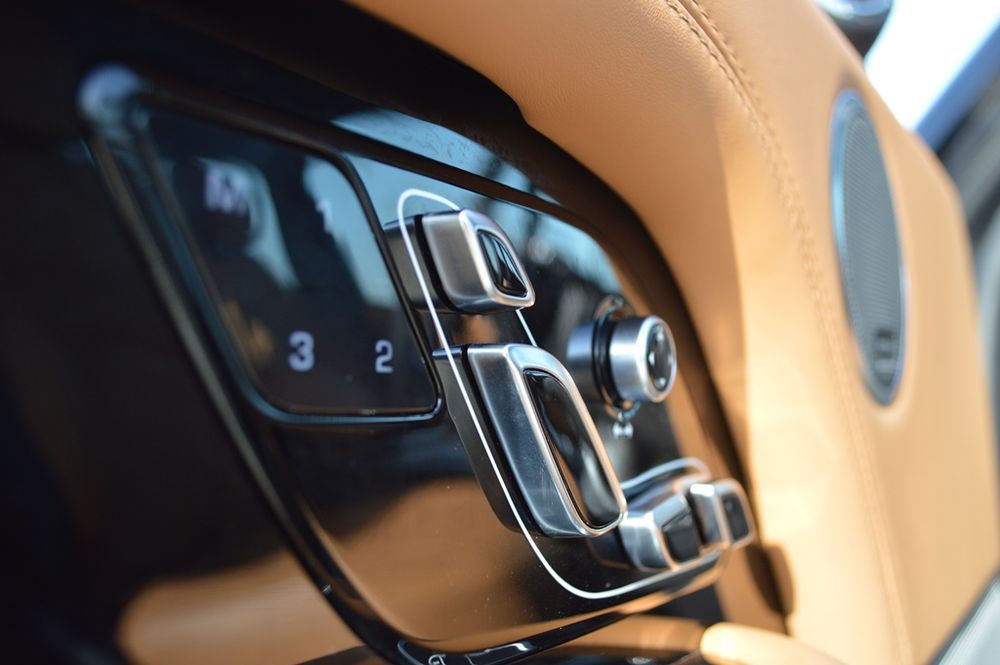 Different by all means, the Range Rover Vogue welcomes a series of gesture controls to liven up the cabin. The panoramic roof and interior lights can be activated with a simple swiping gesture instead of buttons for a more modern and cleaner appearance. 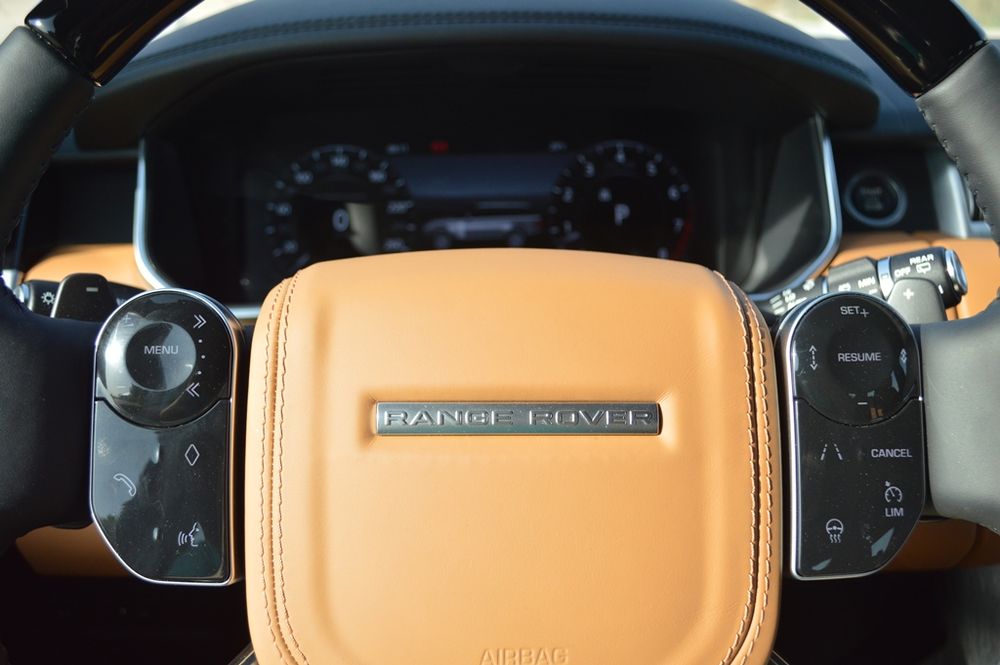 Smooth and isolated from distractions outside the cabin, the quietness of the drive enhances the sense of luxury and is created with the use of double-glazed glass for all windows. Serene, peaceful and truly perfect, the Range Rover is known as one of the most luxurious SUVs ever made and for good reason.

Speaking numbers, the British SUV is powered by the brand’s tried and tested 5.0-liter supercharged V8 engine that pushes out 550-horsrepower and 625Nm of torque. With the pedal to the metal, 100 km/h will be reached in 5.4-seconds and that’s an impressive feat for a car as large and heavy as the Range Rover.

There are 5 drive modes to choose from with each adapting the way the ECU, transmission, suspension, and traction control system react to offer the best combination of power and grip on all terrain, be it sand, snow, mud or whatever else may come your way. 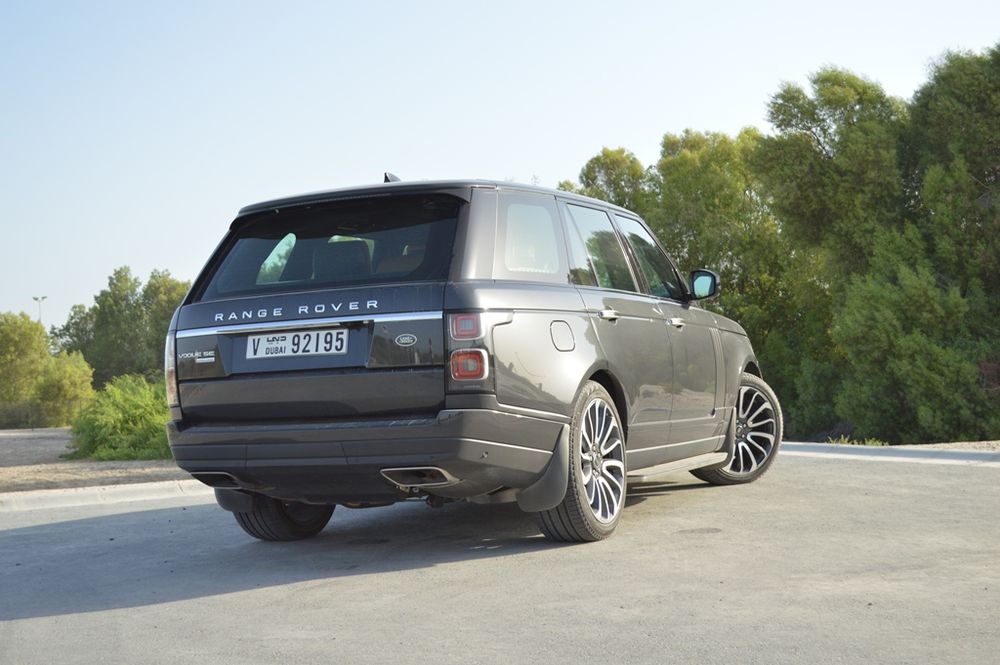 The Range Rover Vogue is known to be the pinnacle of the SUV industry. Luxury packed and with a suite of modern technologies, it doesn’t come cheap though, with our test unit demanding a price of AED 648,000. It’s great and will only get better with time.