The Peugeot 508 is a French sedan that costs 125,000 Dirhams and three of its biggest rivals are the Honda Accord, Kia Optima, and Mazda 6. By the end of this review, you’ll learn more about the 508, its quirks, and if you should place your money on it or one of its Japanese or Korean rivals. 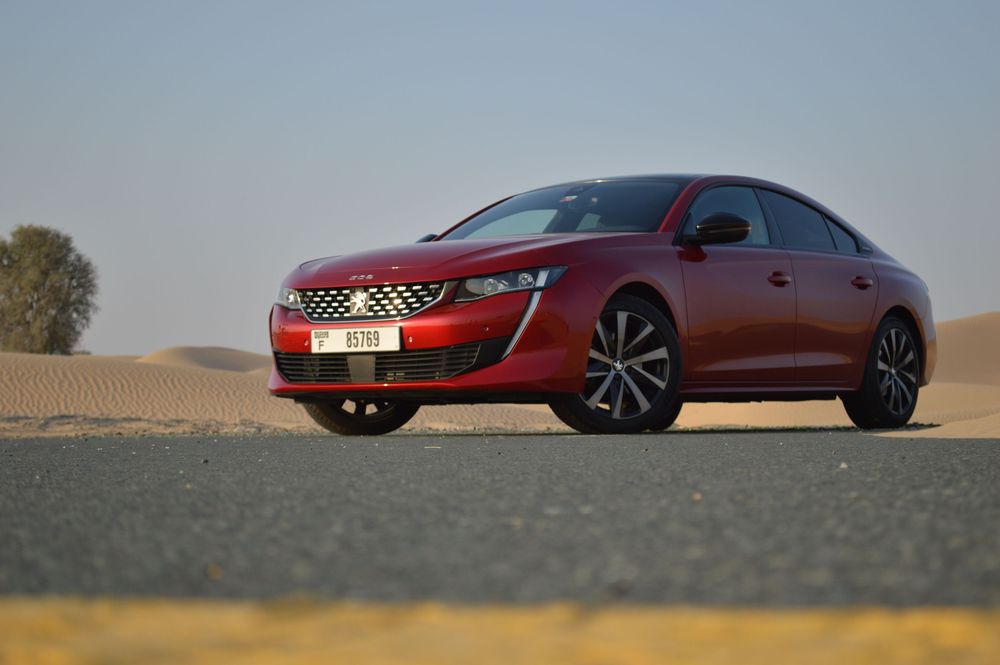 When it comes to the design, you’ve got to give it to them, the designers haven’t played it safe and so the Peugeot 508 ends up being bold but also totally unique. The chrome checkered grille that you see here is unique for the GT LINE model and is flanked by LED headlights that integrate distinct fangs for Daytime Running Lights.

Designed to bring excitement back into sedans, the 508 flaunts a beautiful fastback design with frameless doors and windows, gunmetal grey 19-inch alloy wheels, blacked out taillamps, and a sporty diffuser with dual exhausts. 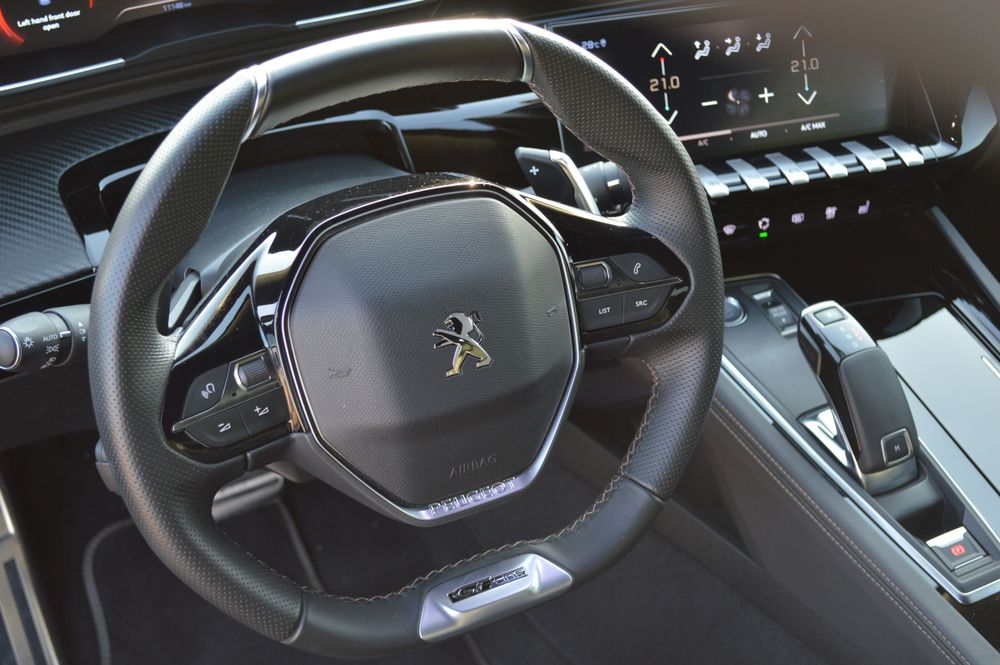 Carrying forward the boldness of the design to the interior, the cabin of the Peugeot 508 is very modern and high-tech. The quality of materials is much better than one would expect at this price point with plenty of soft touch areas and stitched leather along the dashboard and steering wheel.

Speaking of the steering wheel, it is much, much smaller than what you would find in other cars and this compact steering has become somewhat of a trademark for the brand. While the seats are sporty and comfortable, the overall ergonomics of the cabin are far from perfect.

Due to the steering wheel being so small, most of the controls are hidden behind it, meaning you’ve got the cruise control stalk, indicator, and transmission paddle all placed within millimeters of each other. Try grabbing one, and you inevitably end up hitting all three in the process.

The position of the steering wheel also creates its own set of problems. Place it high up (where you’d normally place your steering wheel) and you end up blocking your view of the dials. Put it lower down and you’re driving with the steering wheel in your lap. Meaning you’re left with no option but to sit higher or lower than you normally would.

Space in the back is a lot less than its rivals and the lack of under thigh support makes the backseats only suitable for children on long trips or adults on short ones. Having said that, there are rear A/C vents and two USB charging ports to make the journey as comfortable as possible. 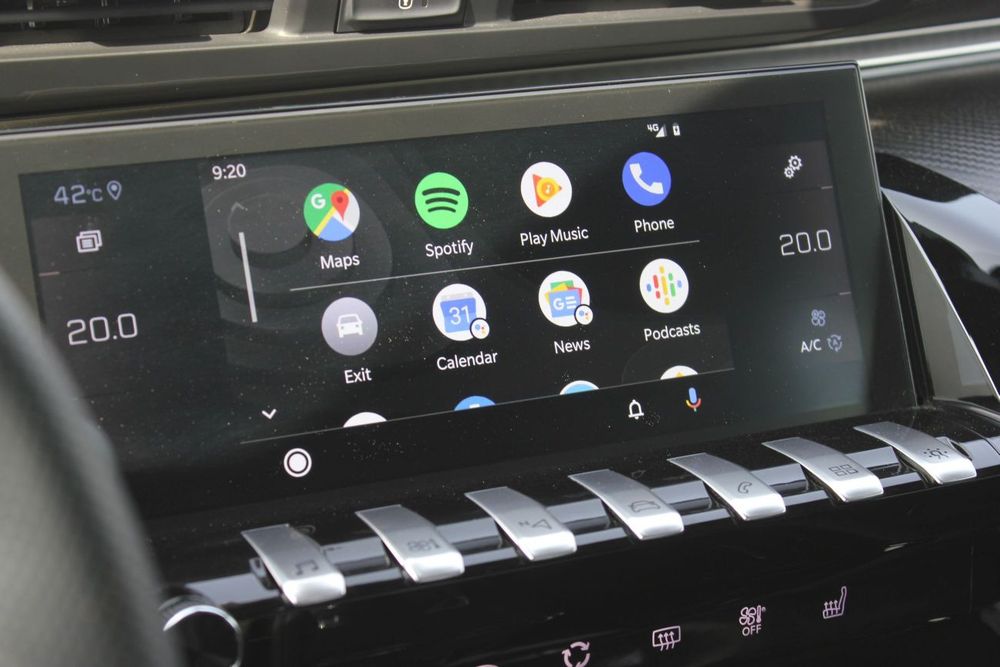 For everything that seems to have gone wrong on the ergonomic front, the 508 makes up for it with an impressive set of features. We’re talking about a 12.3-inch fully digital instrument cluster that can be customized to show information most relevant to you, a 10.1-inch infotainment screen that is standard on all trims with built-in navigation, Apple CarPlay, and Android Auto Connectivity; a FOCAL audio system, panoramic roof, and massage seats for the driver and passenger with numerous patterns and intensities to choose from.

In terms of driver assistance features, there’s lane keeping assist that makes sure the 508 stays in the lane and doesn’t drift into the next one, Distance Assist which gives a visual and audible warning to the driver if they get too close to the vehicle in front, adaptive cruise control and blind spot monitoring.

The only feature that doesn’t work quite as well as I would have liked it to is the 360-degree camera. You see most cars that come equipped with a 360-degree camera, have one camera in the front, one camera in the back, and one of either side of the vehicle. But the 508 has just two cameras, one in the front and one in the back, and so what it attempts to do is stitch these two 180-degree images to create a 360-degree image. The problem is that until you move forward and backward a few times and the cameras have scanned the area, it cannot create the 360-degree image. So let’s say you’re trying to squeeze into a difficult parking space and you remember “oh yeah, let me use the 360-degree view, it would definitely make parking easier”, it wouldn’t work because it would just show you the front and back and big black boxes on either side. 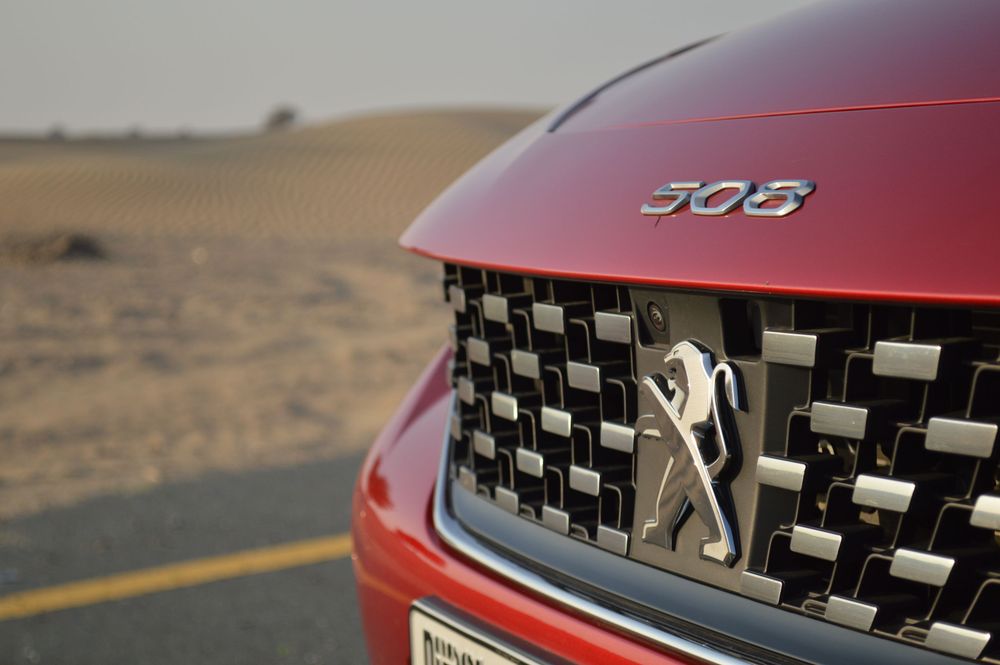 165 horsepower and 240 Nm of torque is what the 1.6-liter turbocharged engine under the hood produces. What’s interesting is that not only are these figures lesser than its rivals, but other markets receive a more powerful version of the same engine and a bigger 2.0-liter unit to choose from as well. Speaking of things that aren’t available in our market, the 508 sold in the UAE is only available with a 6-speed automatic transmission while other markets receive a newer 8-speed transmission.

Pushing its power to the front wheels, the 508 does fairly well once up to highway speeds, but it is the process of reaching there that isn’t very comfortable. There is a noticeable amount of turbo lag that isn’t helped by jerky gear shifts. But while the engine and transmission definitely need some improvement, the suspension is fabulous; it’s soft and glides over bumps without any issues. 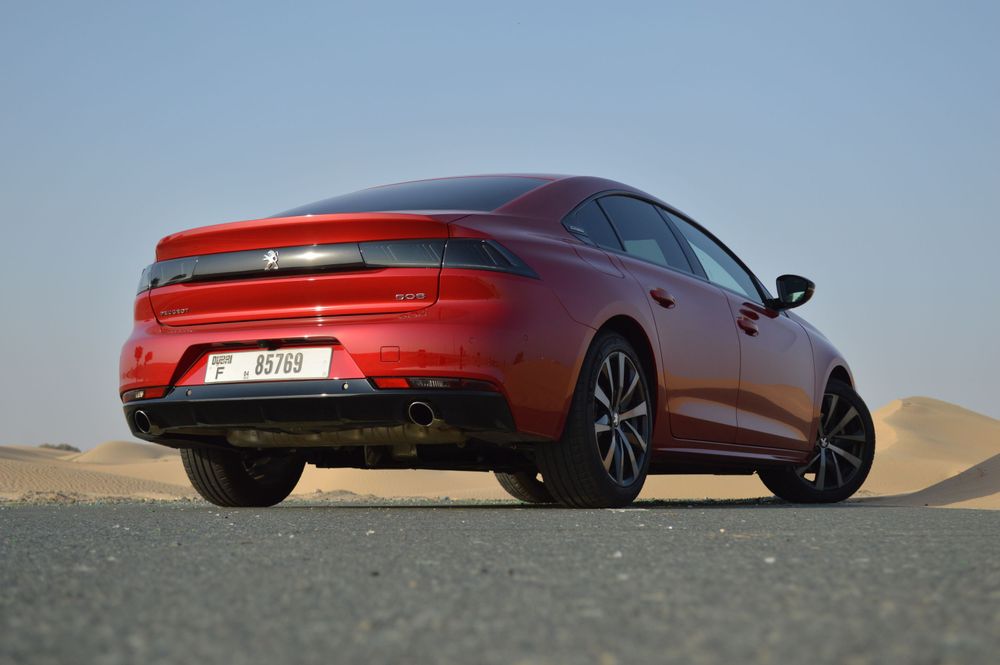 The Peugeot 508, it looks good (possibly even better than its rivals), it’s made well, and has a long list of impressive features. But at 125,000 Dirhams is it the one to have? I’m afraid not, because when spending that kind of money, the Japanese make a much stronger case for themselves.