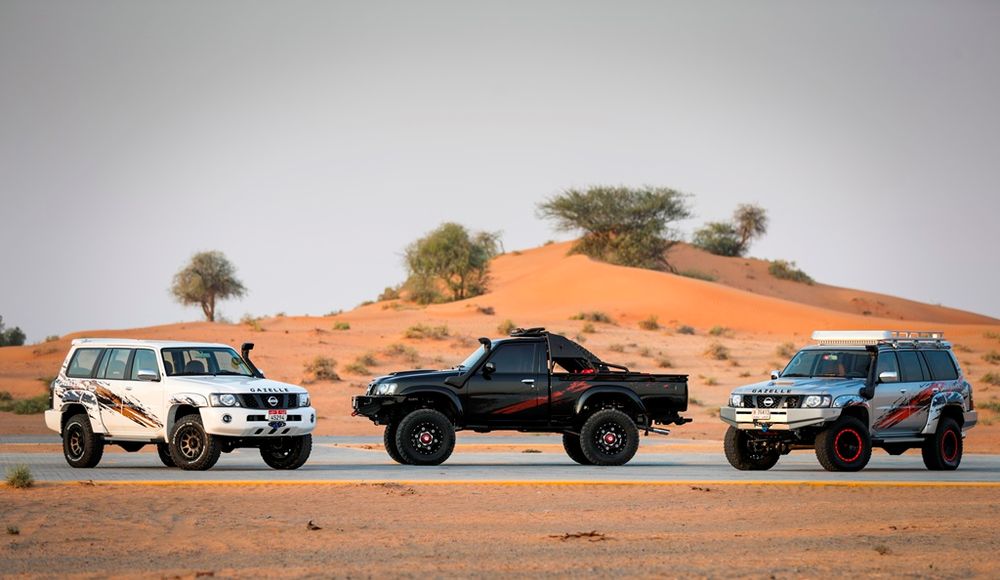 From villas with private pools in Ras Al Khaimah to dune bashing in mean machines around Sharjah, Nissan Middle East recently conducted a fabulous launch for their new range of Patrol Safari models. An age-old legend on the roads of the UAE and one that is loved by locals for its versatility, the Nissan Patrol Safari lineup has been extended with three new additions: Falcon, Gazelle, and Gazelle X.

Hosted at the Ritz Carlton in Ras Al Khaimah, the launch ceremony was as out of the box as one would’ve expected. All 3 models were driven atop dunes where the audience were seated, showcasing their capabilities straight off the bat. They were accompanied with men dressed in the national attire of the UAE (the kandoura) with a falcon resting on their forearm – the perfect way to introduce the Patrol Safari Falcon. 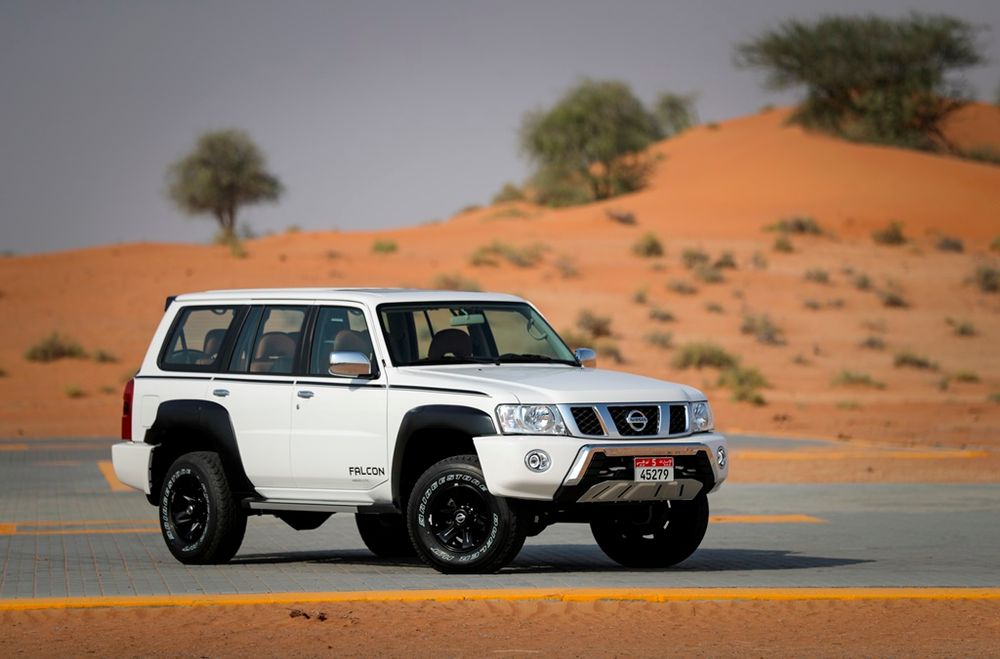 To give a clearer understanding to the current Patrol Safari line-up, which stands at five models strong, there is a hierarchy in ascending order starting from the standard Safari, followed by the Falcon, the Super Safari, the Gazelle, and the range-topping Gazelle X.

Getting into details, let’s begin with the Falcon. The new facelift has a lot more chrome than the Patrol Safari has ever had, so let’s hope it’s an aesthetic that will be well accepted. The side profile seems a little disconnected and that’s down to the black fender fares that do not continue all the along to the rear bumper. To complete the look from the back, the Patrol Safari Falcon also dons a black roof spoiler. 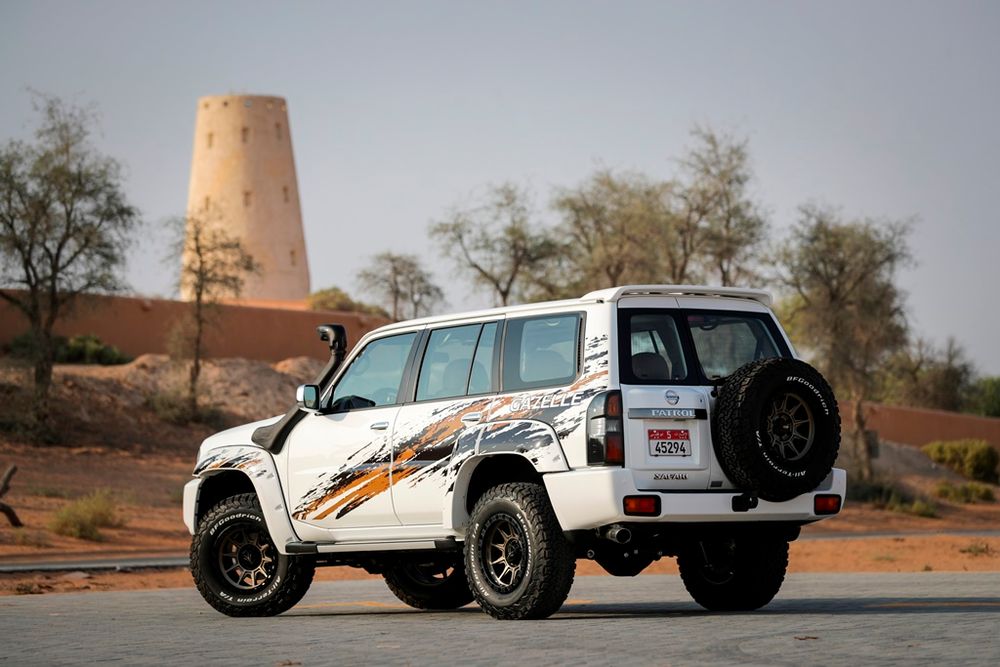 Taking it up a notch, the Nissan Patrol Safari Gazelle looks very, very good while possessing the dealer’s seal of approval for all modifications that have been carried out. The Gazelle sits on an elevated platform thanks to an aftermarket 2-inch lift kit and flaunts a bold appearance with black grilles and prominent Gazelle lettering along the hood.

On the performance side of things, the Gazelle welcomes an ARB Safari snorkel for improved air intake and reflects the Spirit of the Desert decal along the length of the vehicle. The rear has a roof spoiler, and an eye-catching performance exhaust system with an embossed gazelle on it. Little details like these are what make the car special. 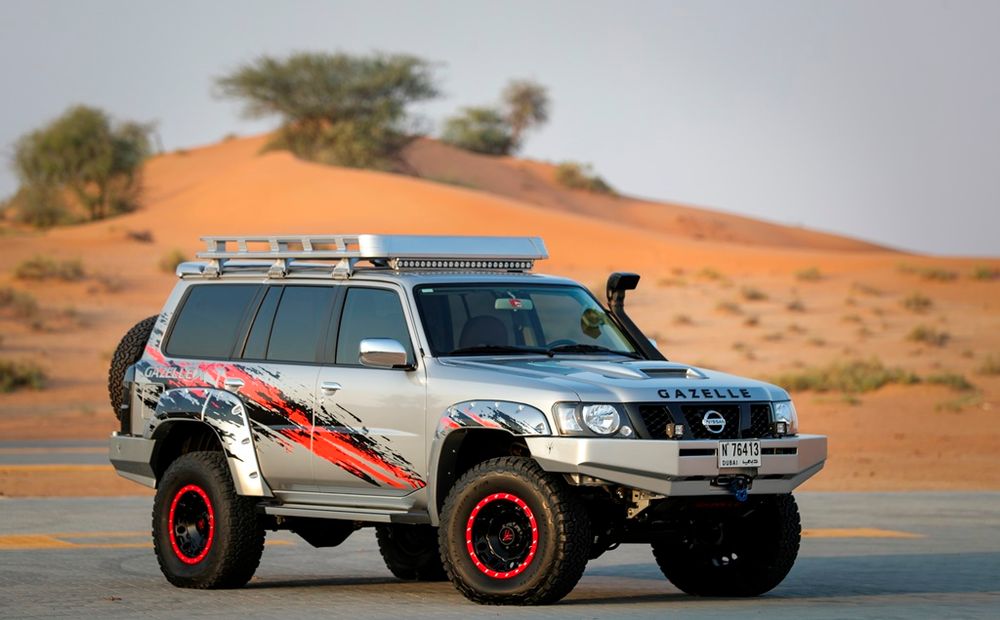 The range-topping Gazelle X, on the other hand, is catered to all-out off-road enthusiasts. The kind of people who venture off-road often and those who wish to make their car stand out from the crowd. Solid steel bumpers in the front and back, a whopping 4-inch lift kit, a roof rack, and LED mounted roof lights are just a few of the modifications that differentiate the Gazelle X from its lesser-equipped siblings.

Behind the wheel, the Falcon and Gazelle are the best to drive because of how effortless they are, while the Gazelle X is heavy, difficult to manage, and intimidating more than anything else. Sure, the extra wheel travel might greatly aid when taking on the most challenging of dunes, but for most other times, it is let down by its weight. All three models are available in 5-speed automatic and manual configurations and prove that the Patrol is the King of the desert for a reason. 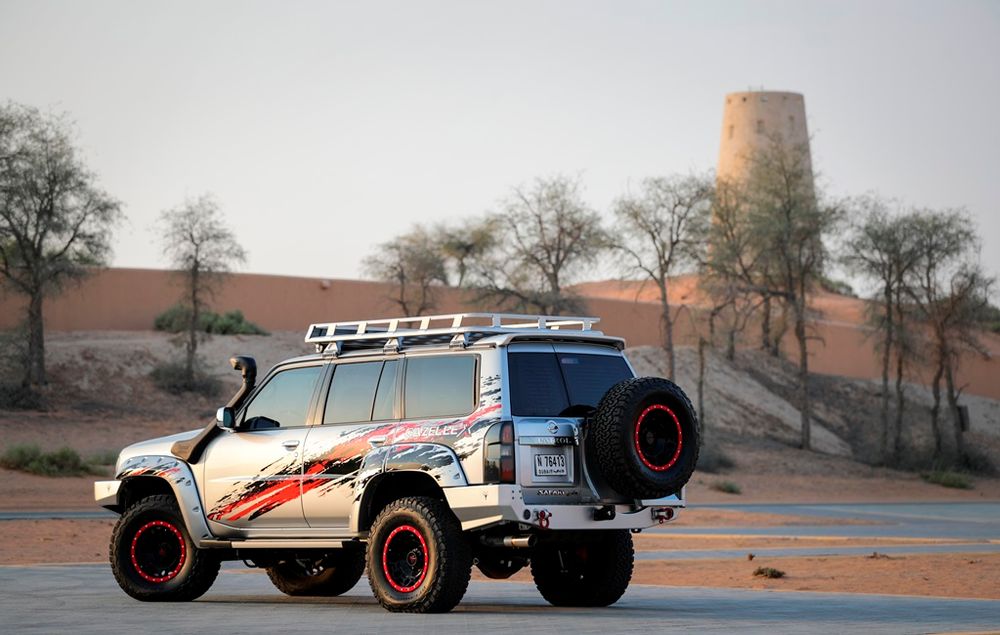 The Nissan Patrol Safari line-up is for those who seek an adventure that’s filled with thrill, excitement and joy. With the 3 new additions, look no further. The bond and love people have with the Patrol is extraordinary, it’s easily the most iconic car in the UAE and lives up to its new tag line, ‘Every Land has Its Legend’.

The History of the Nissan Patrol