How much is a new Kia Cerato 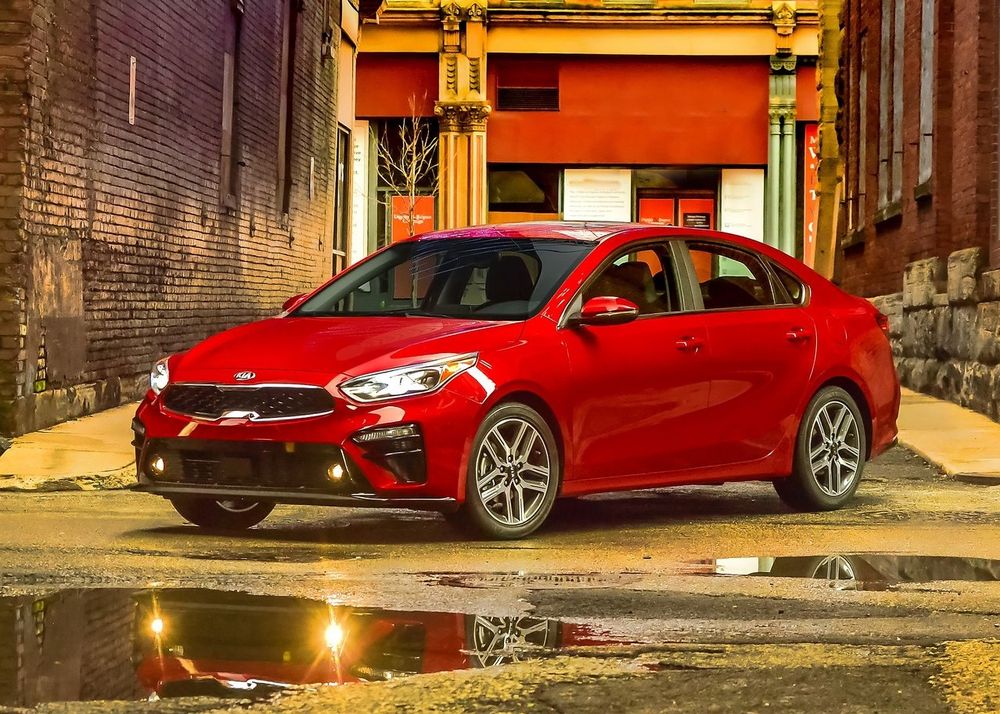 In countries such as the United Arab Emirates, the Kia Cerato is one of the Korean brand’s most popular and best-selling models. In fact, the Cerato is part of the C-segment family sedans that occupy one of the most heavily trafficked and in-demand part of the automotive landscape. This means that major automakers stand to win big if they nail certain key criteria well, if not, it’ll be back to drawing boards. However, that’s certainly not the case with the Kia Cerato, which is now in its latest, third-generation avatar. First introduced at the North American International Auto Show in 2018, the all-new Cerato is a really important model for the Korean marque.

The new Kia Cerato actually shares its underpinnings with the equally-new and its close cousin (plus rival), the Hyundai Elantra. In the Middle East region, the Kia Cerato goes up against other worthy advisories such as the aforementioned Elantra, Honda Civic, Nissan Sentra, and Toyota Corolla. As of now, the newly-introduced Kia Cerato is only available in two variants in the UAE. The base variant starts off at AED 59,900, while the top-spec trim costs from AED 67,000. The aggressive pricing strategy by Kia means that the new Cerato sedan is less heavy on the wallet when compared to some of its closest and fiercest competitors. 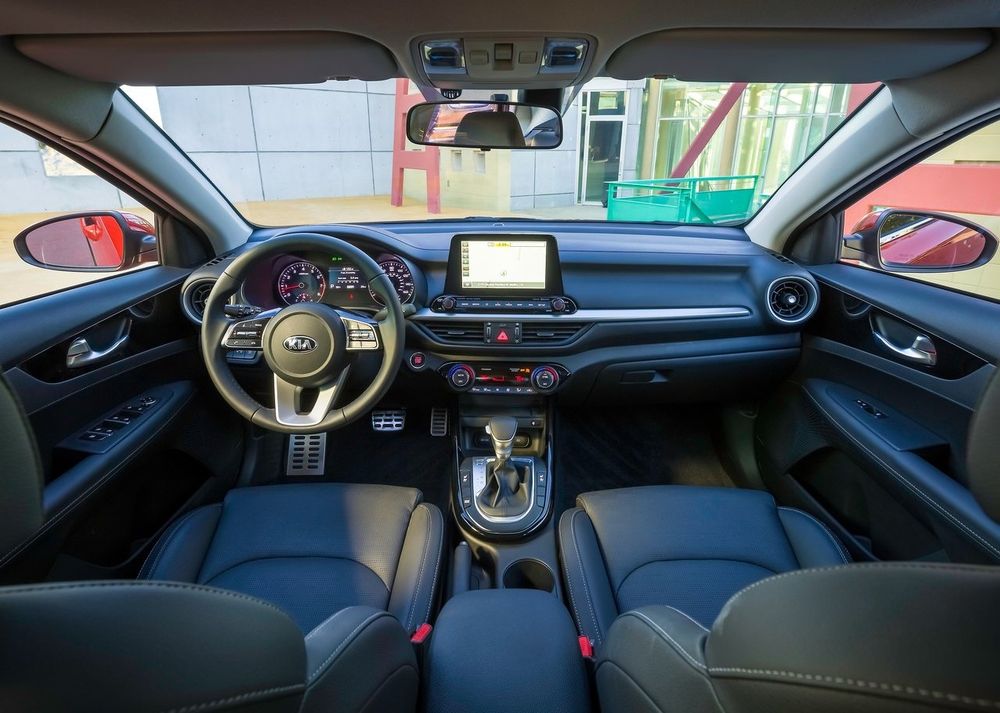 The new Kia Cerato also manages to outrank the legendary Toyota Corolla when it comes to its boot space, as the Cerato boasts of a 427-liter cargo volume. However, that’s still no match for the boot space of its other rivals. In terms of its actual exterior dimensions, the new Cerato sedan comes in at 4.640 meters in length, 1.800 meters in overall width and 1.440 meters in height. Meanwhile, what hasn’t changed is the new model’s wheelbase of 2.700 meters, which is exactly similar to that found on its predecessor. Even more interesting is the fact that the wheelbase of all the other cars on this report is exactly the same at that of the new Kia Cerato - 2.700 meters.

When it comes to its exterior design, the new Kia Cerato surely looks the part when compared to the older model. The third-gen Cerato looks a lot more dynamic, sporty and energetic in its overall appearance, while Kia has also taken some design inspiration from the Stinger. The front end features the marque’s brand-new honeycomb-style grille with chrome surrounds, revised hood with tauter lines, new sweptback headlamps with X-shaped LED elements, and a thoroughly reshaped bumper with sporty air intakes, sleek turn indicators and circular fog lamps. 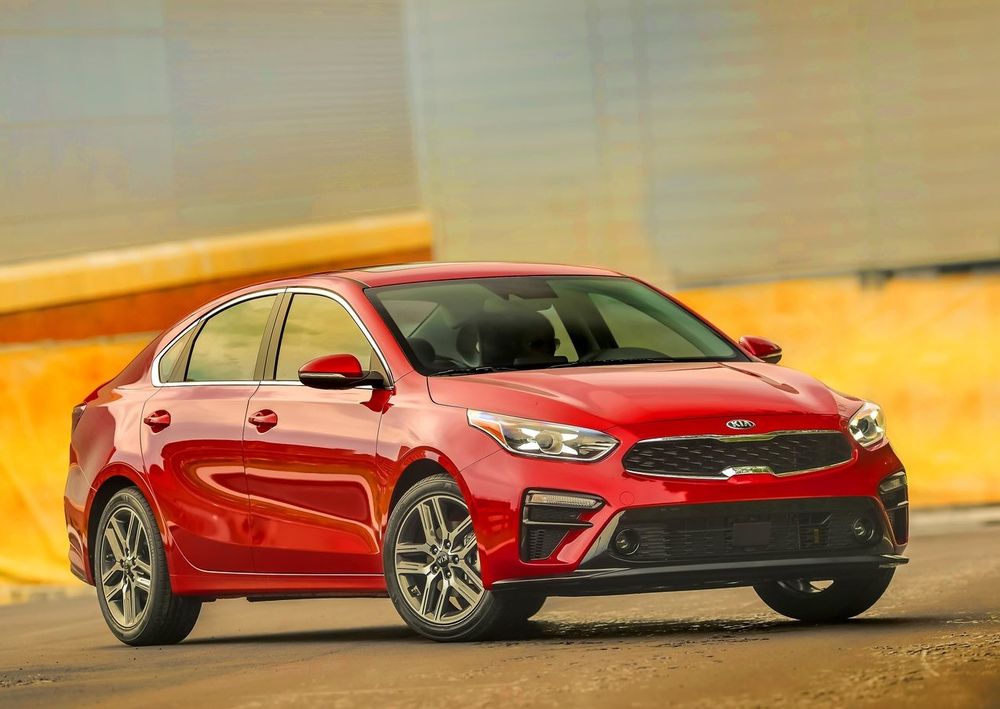 The svelte side profile features new alloy wheel designs, premium chrome window surrounds, sloping roof and bulging fenders. Meanwhile, the rear façade of the new Cerato gets a neatly-sculpted trunk, suave LED tail lamps with a central red strip, and a completely revised back bumper with integrated fog lamps, faux vents, air diffuser and a chrome-tipped exhaust. Stepping inside, the new Cerato’s cabin has been overhauled extensively. The new design looks and feels contemporary and quite upscale, while the build quality and materials have received an upgrade as well. The cabin is just as spacious as before, and there’s sufficient room for five adults in here. 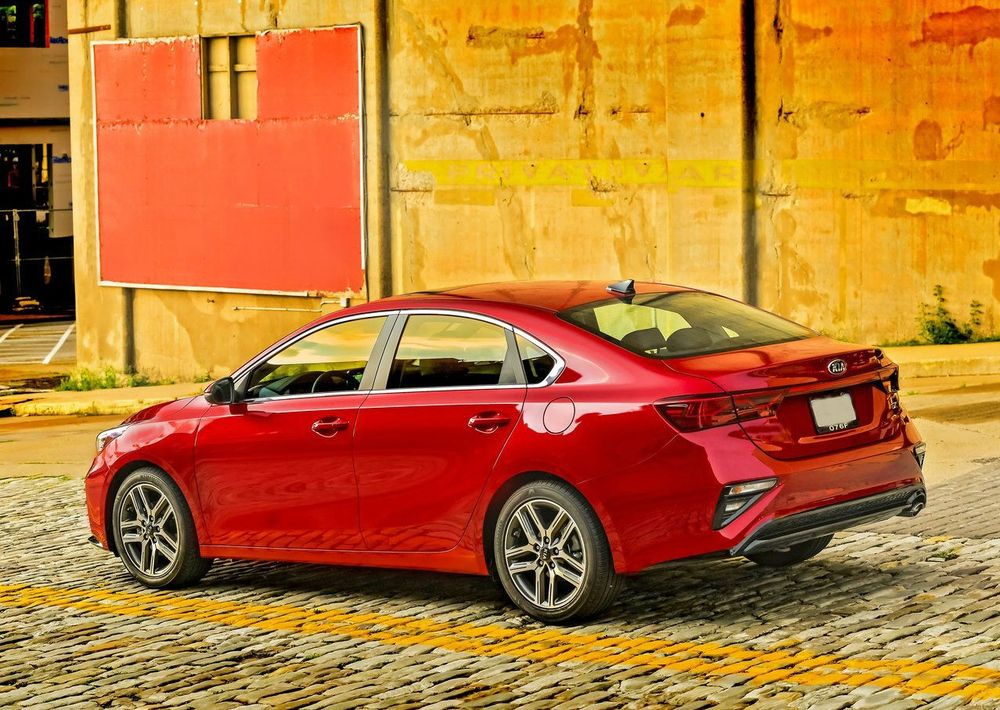 Power for the new Kia Cerato comes from a 1.6-liter naturally-aspirated four-popper that puts out 128 horsepower and up to 154Nm of peak torque. This mill is paired to a traditional 6-speed automatic transmission that drives the front wheels, which means a 0-100 km/h time of 11 seconds and a terminal velocity of 190 km/h. It may not be brisk, but the new Cerato can manage 6.7 L/100 km on a combined cycle.