Honda’s participation in the 2019 Formula 1 Etihad Airways Abu Dhabi Grand Prix was exciting, nail-biting, and truly adrenaline pumping. To make our way from Dubai to Abu Dhabi, Honda provided my colleague Anas and I a very special ride, the Honda Civic RS. While the enthusiasts and loyalists may already be smiling, for those who aren’t aware of what the Civic RS is, it’s essentially the fastest and most powerful version of the Civic currently on sale in the UAE.

So, with plenty of drive time ahead and a long road to the F1, Anas and I set off sharing and exchanging thoughts about the Civic RS, Honda’s reputation as a brand, and its longstanding relationship with Motorsports.

Despite the Civic RS looking very similar to the standard model from the front and sides, Honda has added a few minute details that set it apart from the standard car. For starters, there’s a big wing sticking out the back that isn’t available on the regular Civic and a concealed set of dual exhausts. While both Anas and I are of the opinion that the exhausts should have been more visible to connote the RS’ bump in power, we both appreciated the underrated styling of the Japanese sedan. 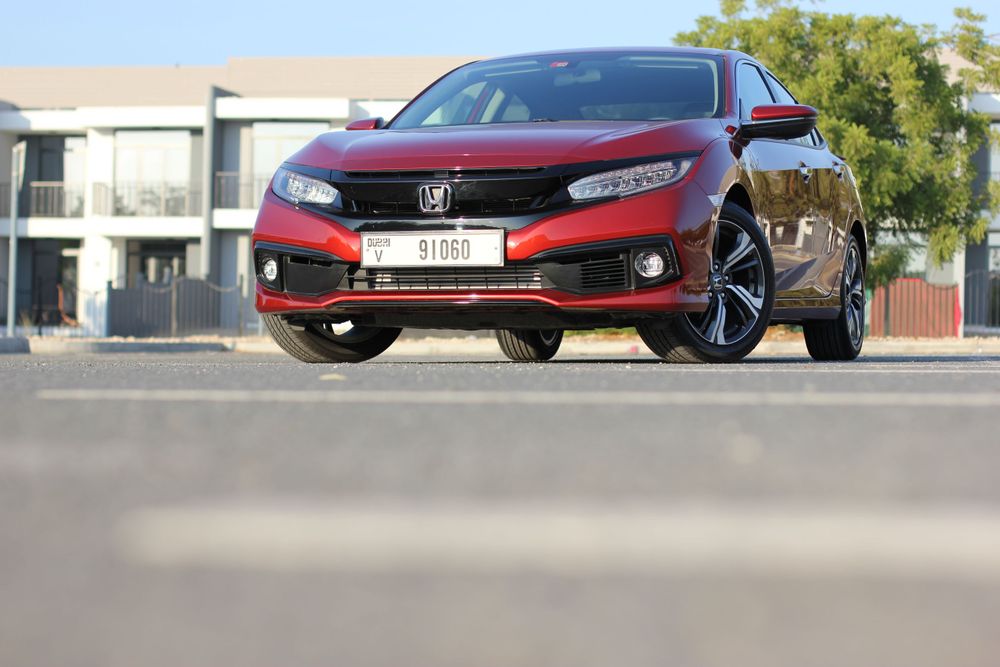 Although many readers may think that a spoiler on a Front Wheel Drive car is just for show, it does perform two very important functions: it provides more stability on the highway and because of extra grip on the rear wheels it also allows drivers to take corners faster. In fact, the dual exhausts also serve a very important purpose, they provide greater air flow through the system, which reduces back pressure and helps creates more horsepower.

Around about when passing the famous Jebel Ali Freezone, our in-car conversation took a very insightful turn. We realized that when most people hear the word “Honda” or see the badge in front of them, they think of reliable, practical family cars that lack the excitement factor. Which as you can imagine for a brand that is dominating its way through Motorsports, is quite unfortunate.

Founder, Soichiro Honda, who started his early life working as a mechanic tuning cars to enter them into races, built a company that grew from 12 men working in a small shack to become the world’s largest manufacturer of motorcycles by 1964. Mr. Sochiro’s passion for racing led Honda to more than 100 victories in Moto GP and over 70 wins in Formula 1, the last of which was at the 2019 Brazilian Grand Prix in November. 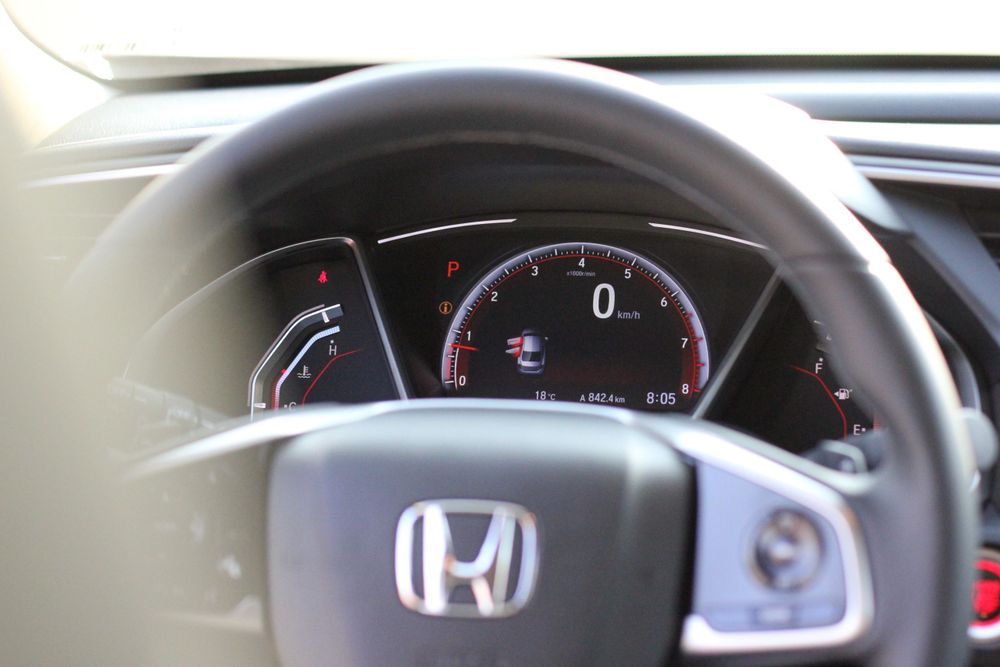 For a brand that has been creating, tweaking, and winning races through the years, Honda has produced some of the world’s most iconic sports cars. To this day cars such as the legendary NSX, the S2000, and various Type-R models hold dominant positions in the motoring realm. Some of the brand’s knowledge from racing has also trickled down into the Civic RS.

For power, the 1.5-liter turbocharged RS produces 180 horsepower and 220 Nm of torque. Which to put into perspective, is 57 horsepower and 69 Nm of torque more than the standard car with a larger displacement engine. The smaller engine in the RS can produce more power than the bigger engine in the standard car because of a turbo – a simple component that started out in motorsports and has trickled its way down into everyday cars.

Simply put, turbos feed more air into the engine which produces more power and torque while using less fuel and that’s why a turbocharged vehicle can use a smaller engine that one that is naturally aspirated to produce the same amount of power. Other components that started out in Formula 1 and made their way into this Civic RS are, paddle shifters and a flat underbody shield. 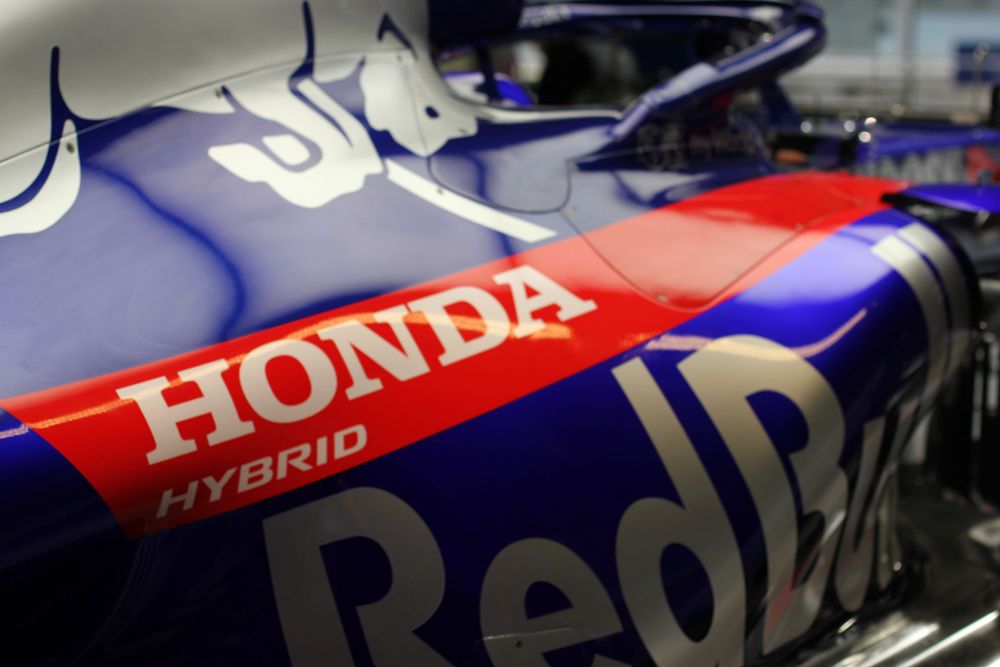 Paddle shifters started off in racing cars to minimize the time needed to shift through gears. It’s simple, instead of moving your hand from the steering wheel to the gear knob, you simply press the paddle behind the steering wheel and voila. As for the flat underbody shield, it increases aerodynamic efficiency of the air passing under the car and by doing so, increases stability, reduces wind resistance, and improves fuel economy.

Having reached the Yas Marina Circuit, we were lucky to experience the Formula 1 in person and watch the Honda-powered Aston Martin Red Bull Racing and Scuderia Toro Rosso teams make their way up the grid. The Pit Lane walk in which we were granted exclusive access to the garages was also a major highlight of our trip, but it reminded us of one very important thing: Honda has gone from one man’s dream to a company that builds everything from lawn mowers and marine engines to jet planes and cars we all love.

In fact, by mingling with the engineers and mechanics, we also learnt that Honda’s recent wins in F1 can be attributed to its combined knowledge from all its divisions. To give you a better understanding of what we mean, they took technology used in building their jet plane turbine engines (which spin at high RPMs) and used it in the turbos of their Formula 1 cars. 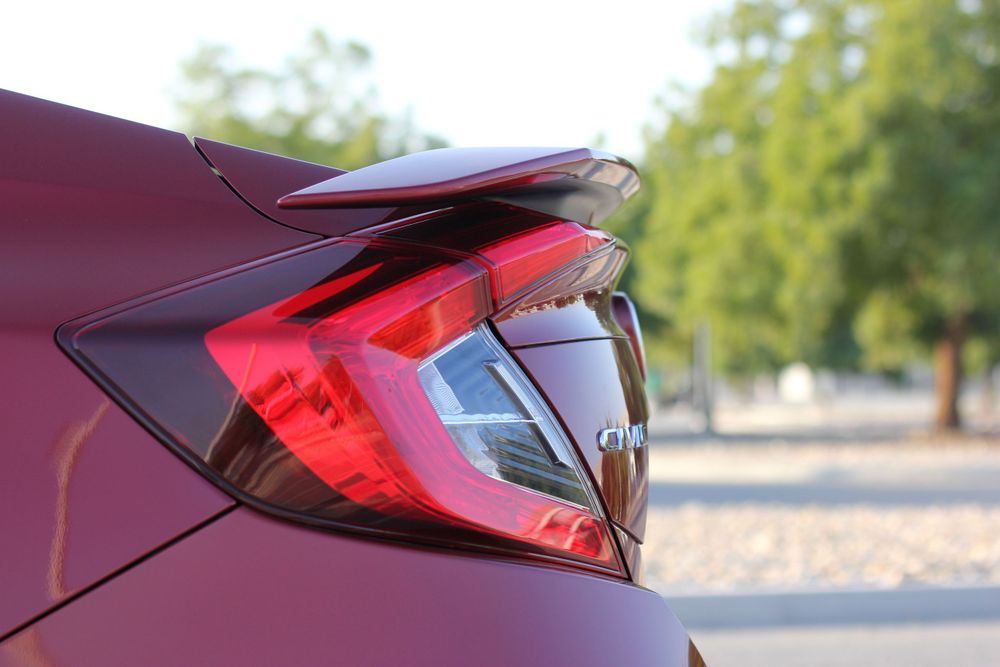 Having transported us to and fro in absolute comfort, it’s understandable why everyone who owns or has ever owned a Civic, loves the Civic because it’s affordable, practical, and reliable. For those who want all that with an added boost of power, there’s the Civic RS and you can’t go wrong with it.