Everything you need to know about the Range Rover Velar 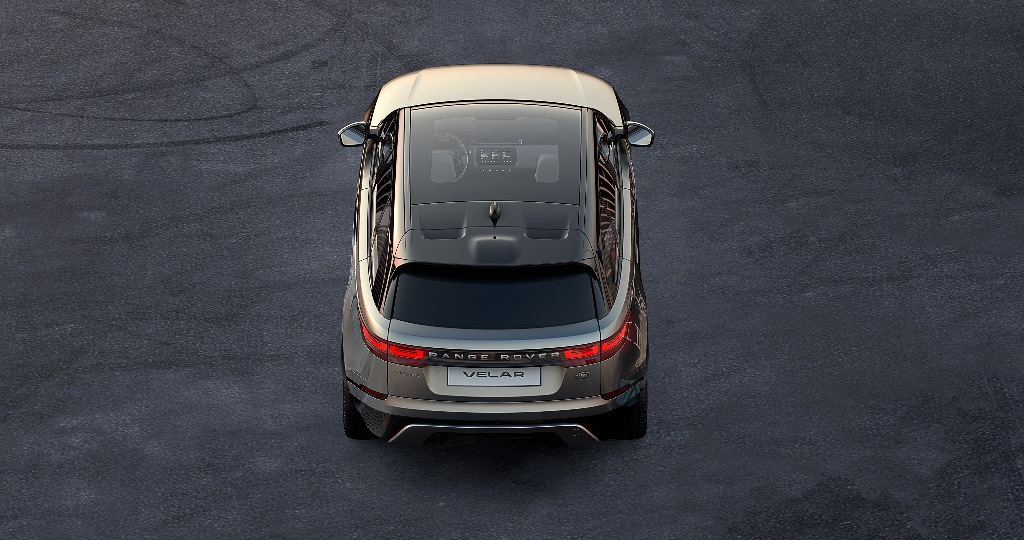 Ahead of its debut at the upcoming Geneva Motor Show, Land Rover has released images of the fourth member of the Range Rover line-up. Slotting in between the entry-level Range Rover Evoque and the extremely popular Range Rover Sport, the Range Rover Velar is named after prototypes of the Sixties.

While a single teaser image reveals a bird’s eye view of the rear with a strong focus on the panoramic glass roof, vertical tail lamps, and a widescreen infotainment system, pricing remains a mystery. Flanked by the AED 190,000 starting price tag of the Evoque and the AED 370,000 starting price tag of the Sport, the Velar could possibly compete with the likes of the BMW X6 and Porsche Macan once launched.

Land Rover Chief Design Officer, Gerry McGovern, said: “We call the Velar the avant-garde Range Rover. It brings a new dimension of glamour, modernity and elegance to the brand. The Range Rover Velar changes everything.”

Closely related to the Jaguar F-Pace, sharing the same aluminum intensive IQ platform, the Velar is expected to offer several different engines ranging from an economical four-cylinder unit and practical V6, to a high performance V8 and plug-in hybrid, too.