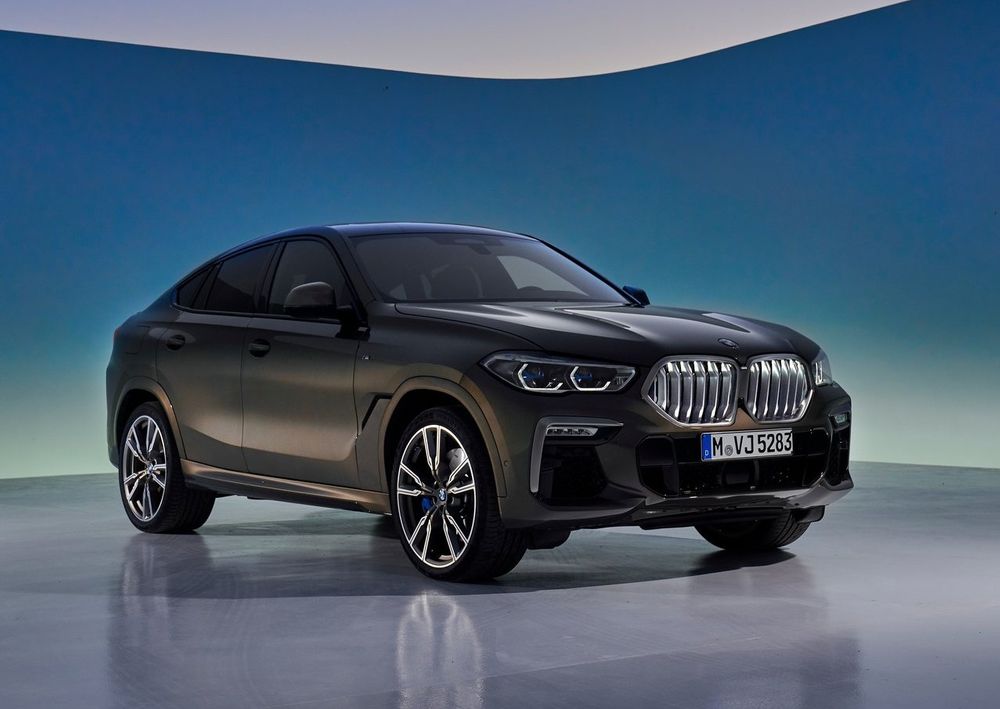 The BMW X6 belongs to a rather niche group of cars that have arguably taken over the premium SUV segment in the past decade or so. This group of cars is informally classified as “Coupe SUV” (Sports Activity Coupe in BMW speak) -- so basically an SUV (or Crossover) but with a design emphasis on a coupe-like profile -- something that has certainly worked well for these premium vehicles. In case of the BMW X6, the first generation was launched back in 2008, and it was built on the same platform as its X5 sibling.

While the suave Bavarian automaker can credit itself for being the first-ever company to create a new segment, the X6 is no longer the only one of its kind in the market. Customers who have been going gaga over these crossover coupe SUVs (or SAVs) recently, now have options from other carmakers. In the UAE, the all-new, third-generation BMW X6 has to compete with the likes of the Mercedes-Benz GLE Coupe, Land Rover Range Rover Sport, Porsche Cayenne Coupe and Audi Q8.

The BMW X6 has looked essentially the same ever since its debut over a decade ago. However, BMW has made evolutionary design changes to the all-new iteration of the X6 to help keep it relevant. While the striking coupe-like silhouette remains vastly unchanged, designers have tinkered with other visual aspects of the X6. For starters, you now have the latest version of the famous BMW ‘kidney’ grille with active shutters, svelte-looking headlamps with BMW’s signature LED DRLs, and a more aggressive bumper with LED fog lamps and some faux vents, too.

Along the sides, the 2020 BMW X6 features sportier body lines and more pronounced contours than its predecessor. Apart from that, there still are the pronounced wheel arches, suave alloy wheel design, and of course, a steeply sloped roofline. The back of the new X6 surely looks very distinctive, with its roof-mounted split spoiler, a separate boot-lip spoiler and an overall heavily contoured rear-end. The ultra-modern LED tail lamps, sporty bumper with vents, large exhausts and an air diffuser only add the overall “sport” theme of the all-new X6. 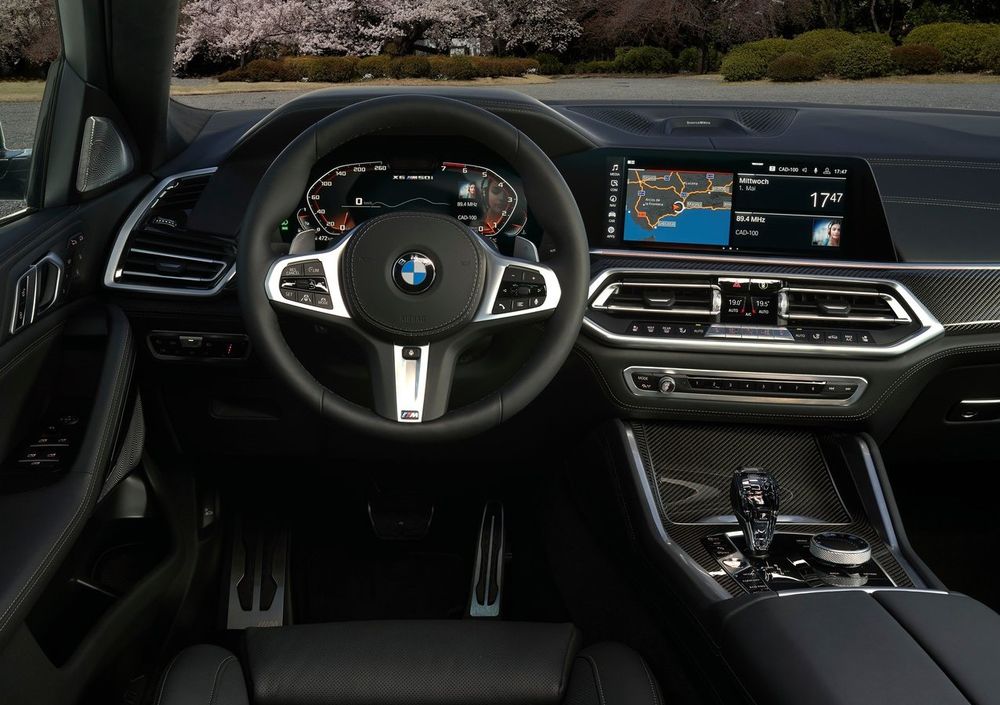 The previous iteration of the X6 was starting to feel its age, especially on the inside. However, I’m glad to report that that’s no longer the case with this all-new 2020 model. BMW has applied all that it has learned from the latest X5 -- so there’s a thoroughly revised design for the whole of the interior -- complemented by outstanding build quality, superb materials and a driver-oriented cockpit. The high-definition digital displays in front of the driver and the primary head unit for BMW’s iDrive system look really modern and work well.

The sporty seats not only look nice but are also feel plush and supportive. Meanwhile, the rear seats are now a lot more comfortable and feel more spacious, too. However, taller adults will find the headroom a little restrictive, though it’s no longer as bad as it once used to be. The new X6 is loaded to the brim with standard safety features - including multi-zone climate control, adaptive LED headlamps, electric tailgate, all-round parking sensors with a rearview camera, leather upholstery, touchscreen infotainment display with Apple CarPlay, and ambient mood lighting among others.

The entry-level 40i petrol variant of the 2020 BMW X6 sources its power from a 3.0-liter turbocharged straight-six engine which develops 340 hp and 450 Nm of peak torque. This is then channeled through an 8-speed ZF transmission and to all four corners via BMW’s xDrive AWD system. Performance is rapid despite the X6’s two-ton curb weight -- 0 to 100 km/h is dealt with in just 5.5 seconds, while the electronically-limited top speed is a lofty 250 km/h. 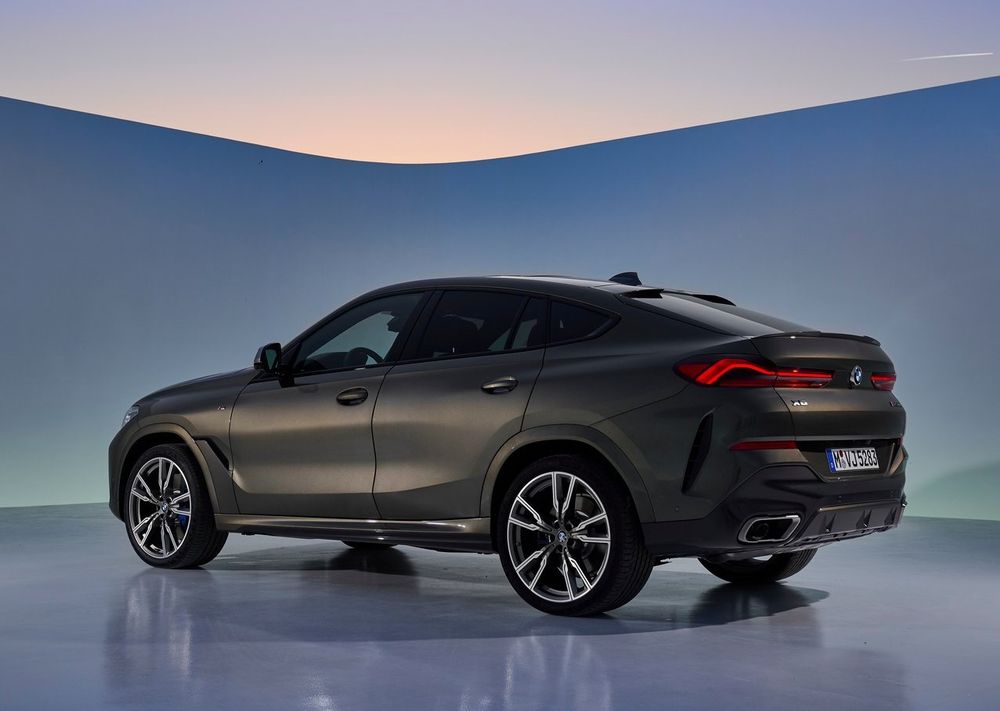 The all-new 2020 BMW X6 will have its global launch in November of this year, and should reach the shores of the UAE a little after that. Just like its predecessor, one can expect t see a lot of these on the streets once it goes on sale. The X6’s styling may not be to everyone’s liking, but it’s a well-engineered, well-built, and a fun-to-drive premium SUV.