A quick look at the Renault Koleos 2019 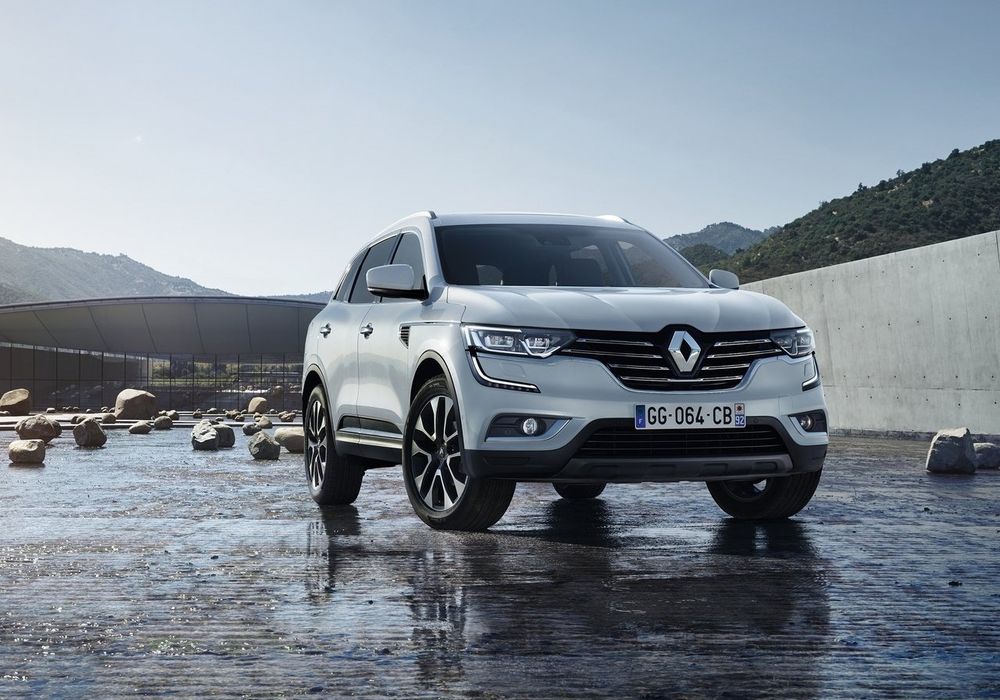 The Renault Koleos first showed itself as a concept car at the Geneva Motor Show in 2000, and its production commenced in 2007. Interestingly, the Koleos was joint project between Renault and their partner Nissan – the first-generation Koleos was a result of this partnership. As expected from a partnership such as this, the Renault Koleos used the basic underpinnings found in the then Nissan X-Trail. During this phase of its life, the Renault Koleos was classified as a compact crossover.

However, with the launch of the all-new, second-generation, the Renault Koleos grew in size and thus morphed into a mid-size crossover SUV. Also different with the second generation was its use of the newly-developed Renault-Nissan CMF platform. With the launch of this updated model, the Koleos became a safer, more stylish, practical, and technologically advanced than its predecessor. In the UAE, the 2019 Renault Koleos rivals the Honda CR-V, Hyundai Tucson, Nissan X-Trail, and Toyota RAV4.

Compared to its predecessor, the 2019 Renault Koleos sports a far more handsome and contemporary design. Its larger size makes it even more appealing for buyers in this segment, and its design is neither too flashy, nor is it bland. The front fascia gets aggressively-designed LED headlights with large, C-shaped daytime-runners. The stylishly-molded hood looks muscular, and the chrome-stripped grille with a large Renault badge looks neat, too.

On the side, the new Koleos gets a thin chrome strip above the front fenders and a fake plastic vent on the front door. Also visible here is the lack of any extravagant lines or curves, subtly pronounced wheel arches, and suave 18-inch alloy rims. Of course, there’s more than enough black plastic cladding, as is to be expected. The rear is just as expressive as the front, with its large, 3D-design LED taillights and noticeable roof spoiler. However, I really dislike the fake exhaust pipes that are stuck onto the rear bumper, despite some fancy chrome treatment. As for dimensions, the 2019 Renault Koleos comes in at 4.673 meters in length, 1.843 meters in width, 1.673 meters in height, and gets a wheelbase of 2.705 meters. The boot space, at a cavernous 530 liters is certainly pretty impressive.

The interior design and layout of the new 2019 Renault Koleos is not only modern and contemporary, but also looks neat and minimalistic. Compared to the previous model, the new iteration sports a far better cabin with good enough materials and appreciable fit & finish. There are some tacky plastic bits here and there, but overall, this is a fair enough space.

Thanks to its large dimensions, the new Koleos has more than enough room for five occupants and most of their luggage as well. The seats are comfortable and supportive, and NVH levels aren’t too intrusive even at higher speeds. The Koleos can be had with automatic LED headlights, panoramic glass roof, keyless entry with push-start, automatic climate control, ambient interior lighting, leather upholstery, heated and cooled front seats, power tailgate, all-around parking sensors and camera, premium audio system, and an 8.7-inch touch-infotainment system with navigation. Some of its safety features include 6 airbags, parallel parking assist, blind-spot monitor, stability control, and various other nannies.