In 2009, BMW incepted a new segment of the 4-door coupe SUV with the X6. Soon to embark on the trend was the Mercedes-Benz GLE Coupe and last year, Audi launched its new flagship, the Q8 as a rival to those cars. However, whenever something comes from the Germans, it is never cheap and that instilled these automakers to come up with more affordable kind of stripped down versions of their coupe SUVs. We soon got the GLC Coupe and the X4. Not allowing them to have the entire market share, Audi is all set to launch its newest offering in this segment, the Q3 Sportback. 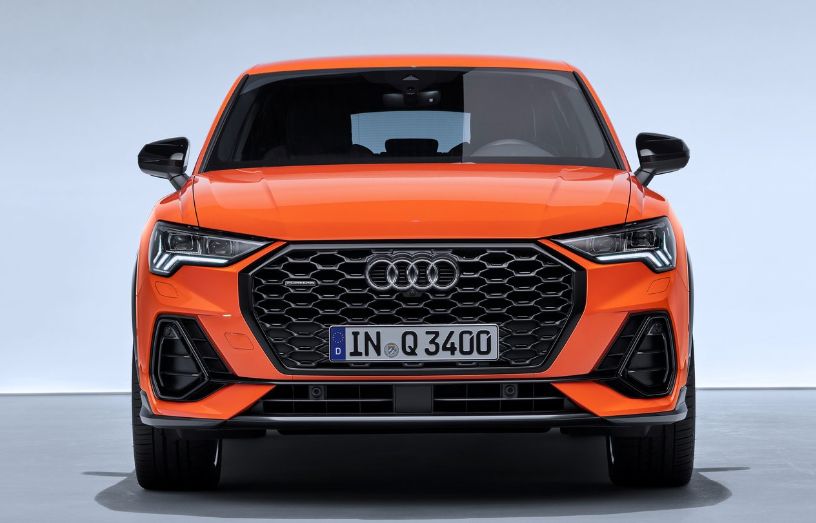 The Q3 Sportback has been intensely based on the Q8 as expected and even then, looks vivid. Being an Audi, it remains true to its heritage and in the first glance, differences aren’t so apparent. Some signature elements include a bold matte-black hexagonal grille, wedge-shaped LED head lamps and superciliously large air intakes.

It is only from the side that it exhibits an unusual stance. Albeit it is based on the Q8, the side profile isn’t outrightly mimicking its elder brother and there are subtle design changes. For instance, the roof doesn’t steeply droop at the back like the Q8 and portrays a harmonious profile instead. The car is evidently smaller than the Q8 and the coupe like outline, small doors and glass area, all make it feel compact on the outside. To provide a husky look, Audi has given it a high ground clearance.

At the rear, the visual differences between it and the Q8 are more pronounced. The Q3 Sportback doesn’t show the red LED strip integrating into the taillights unlike the Q8 and still uses the conventional Audi family’s wedged taillamps. The glass area though, is quite small and might hinder vision. The Q3 Sportback also gets glossy black bumper treatment for a rugged posture. 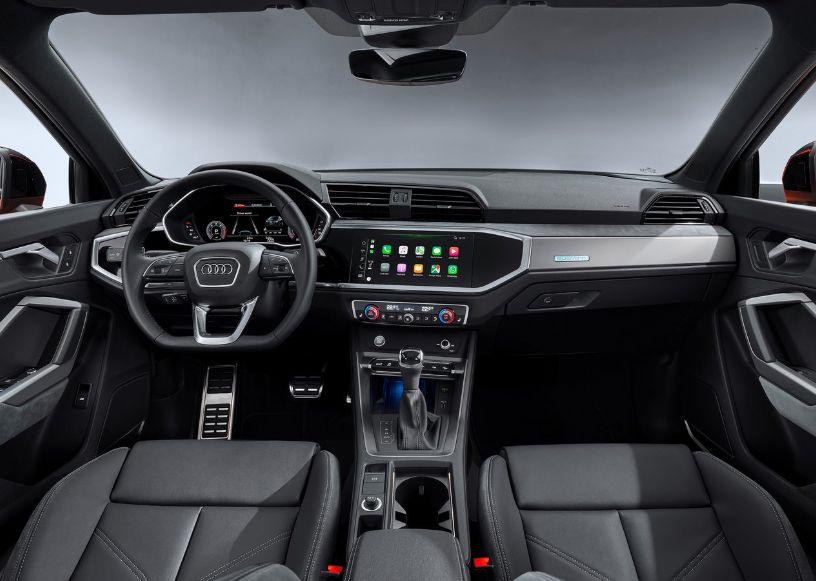 The Q3 Sportback’s interior has an air of affluence with the materials used inside the car. The car blends several metallic materials, leather and matte black treatment in a seamless manner and everything looks elegant. Audi’s favorite virtual cockpit system is present on this car as well. The center console is distinctly apart from the standard Q3 and could house a multimedia screen showing features such as navigation, phone connectivity, reverse parking camera and settings to change the drive modes. We can also expect a 360 degree camera to make driving easier. The car might also come with a host of safety aids such as 6 airbags, Lane departure warning and adaptive cruise control.

The seats are likely to carry a contrasting color theme having a mix of materials such as leather and alcantara cleverly placed to enhance driving comfort. While it would be too early for a word on the back seat, the visuals reveal good space at the back. However, the sloping profile of the car might reduce headroom. This is a disadvantage which every car having a coupe-like roofline has to bear. 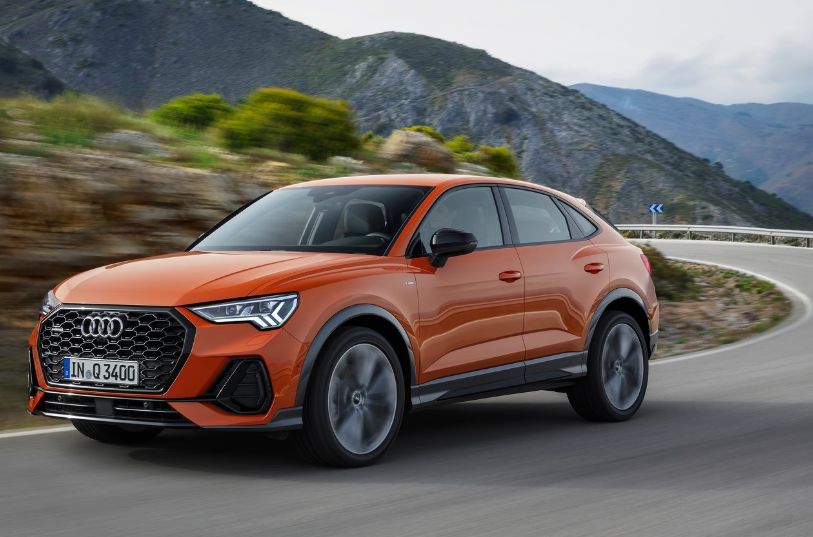 While it is not clear as to which engine options could be slated for UAE, in the markets where it is launched, there are a variety of engines. The range starts with a 1.5-liter gasoline and goes all the way till a 2.0-liter turbocharged unit. Audi has recently come up with an engine of a similar displacement with 226 hp and we expect that motor to power the car when it is launched in the UAE. There might be a seven-speed dual clutch transmission sending power to all 4 wheels. 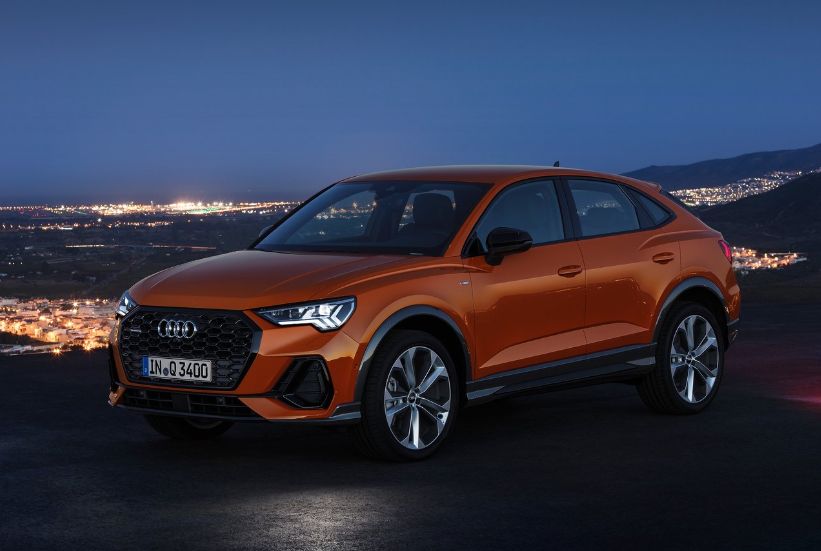 While all its counterparts offer good bang for buck, we believe it is the Q3 which hits the sweet spot. The X4 and the GLC Coupe aren’t without their compromises. The X4 is overly compact and that should mean unpleasant legroom at the back. The GLC Coupe on the other hand is extremely outdated and that is felt on the inside. The Q3 scores high in the key areas. It offers a handsome looking exterior, a smart interior with lots of functionality and if it comes to the UAE with potent engine options, it could be the undisputed king of its segment.