The Volkswagen Golf, a C-Segment offering that dates back to 1974, is akin to an international superstar. Marketed in various body styles and under numerous nameplates around the globe for seven generations, the Golf has secured its place in the automotive history books and finds itself going up against the likes of the American Ford Focus and the Japanese Mazda3.

The Volkswagen Golf is a true case in point wherein the designers have opted for the evolutionary route as opposed to trekking the revolutionary road. With a series of tweaks being made to every new model that hit the showroom floor over the past four decades, the 2016 Golf is just as recognizable as the legend that started it all, the iconic MK1 Golf. 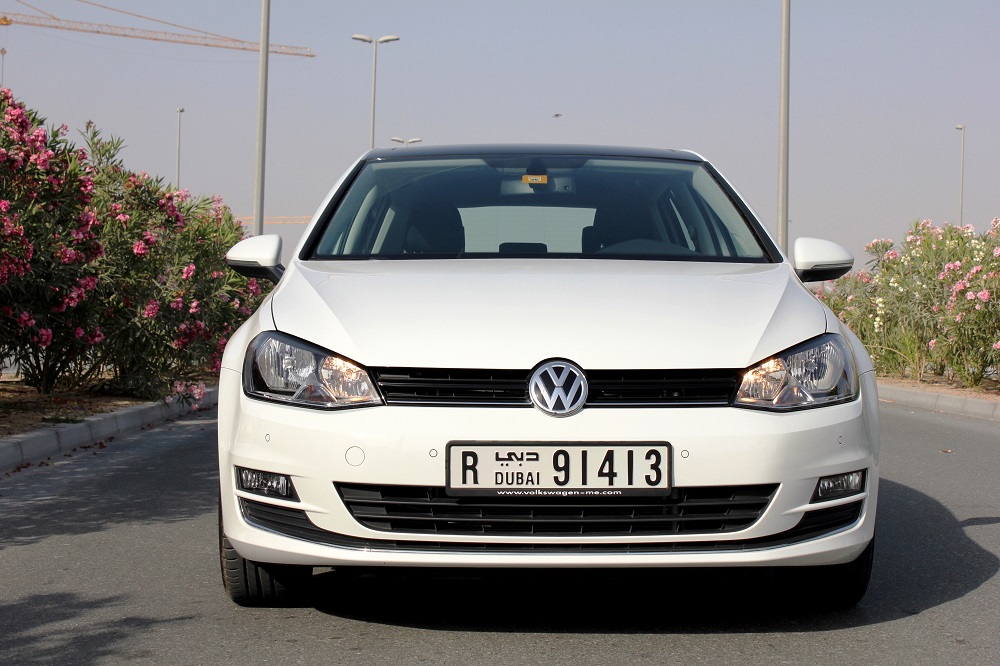 Crisp, downward sloping contours embellish the hood and help highlight the Golf’s narrow snout. And while the model in question isn’t equipped with the same level of exuberance as its GTI sibling, it exudes an aura of practicality, reliability and affordability – just what the brand intends to connote.

Within the cabin, smooth leather and a combination of piano-black and silver trims adorn the dashboard. Keeping in line with the international stereotype of German perfection, the cabin truly is well designed, exceptionally laid out and near impossible to fault. 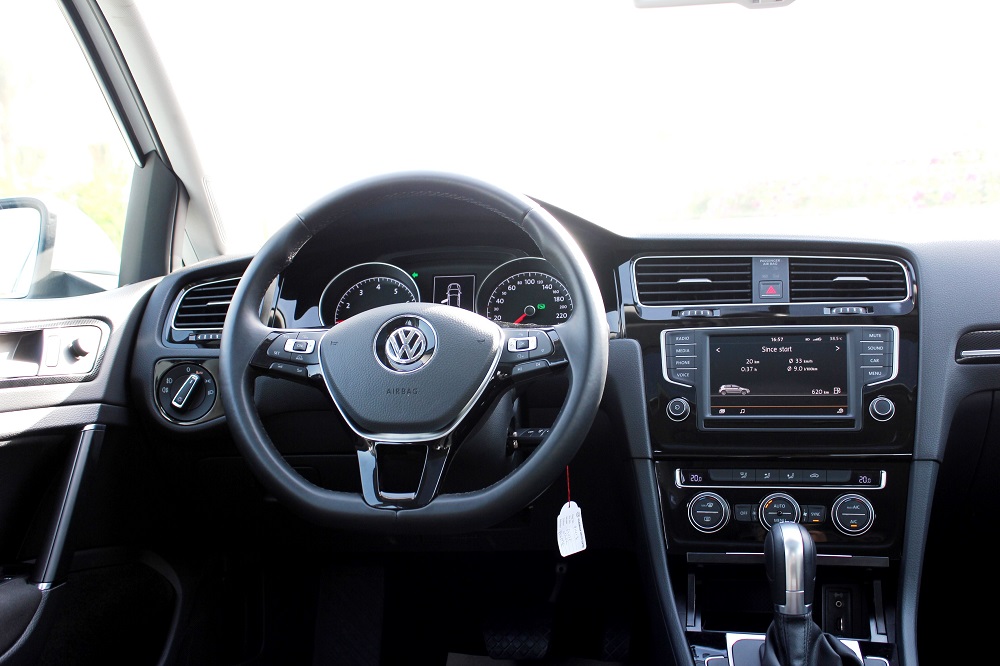 Pioneering the multi-collision brake system for the compact car class, the 2016 Volkswagen Golf is a legend in its own right. Automatically applying the brakes when it is involved in a collision, the Multi-Collison Brake System significantly reduces the vehicle’s kinetic energy and the chances of it rolling forward and slamming into another vehicle. 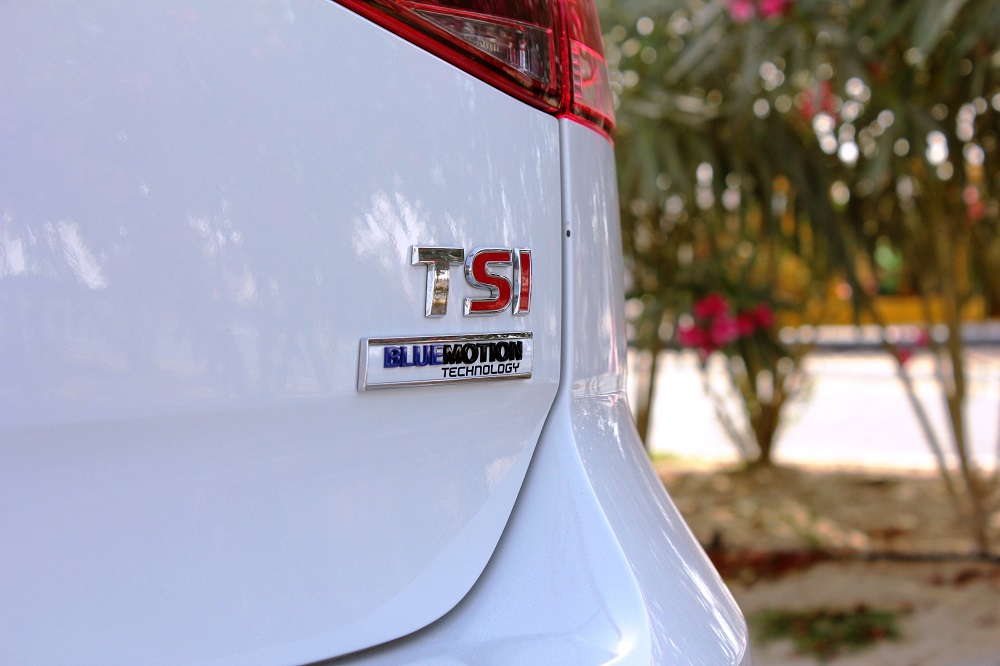 On the technological front, the Golf is the first model in the German marque’s line-up to feature a touchscreen with a proximity sensor. Wonderfully created and extremely intuitive, the proximity sensor reduces the amount of time a driver needs to keep their eyes off the road when operating the infotainment screen.

Although dimensionally larger, the MK7 Volkswagen Golf weighs up to 109 kilograms less than its predecessor with weight savings of 6 kg, 40 kg, 26 kg and 37 kg found within the electrical system, the engine, the running gear and the structure respectively. 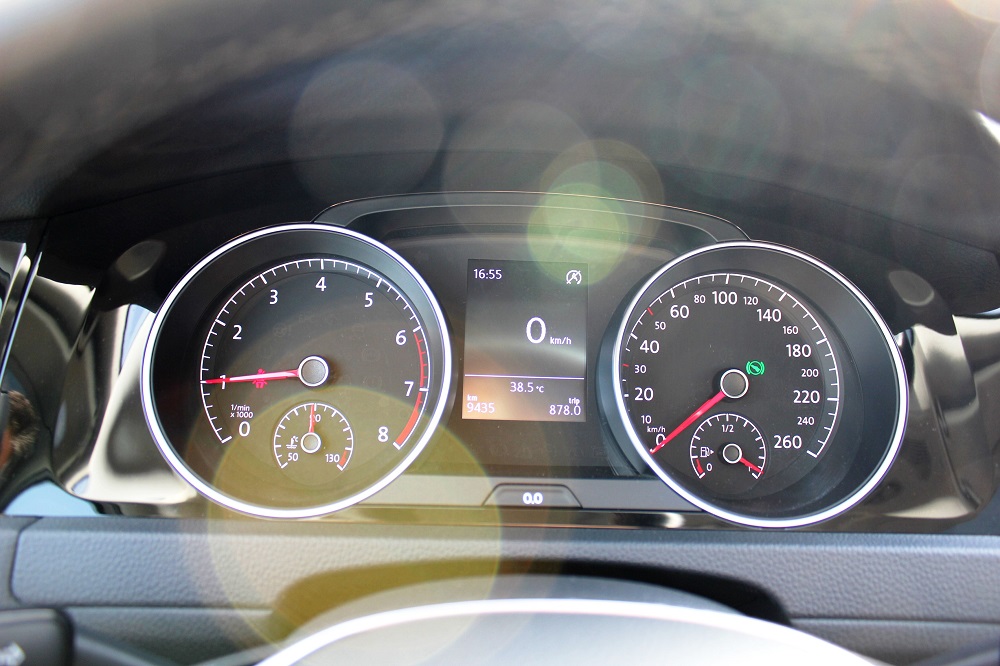 Powered by a 1.4 liter TSI BlueMotion engine, our peppy little tester put out an impressive 140 horsepower and a tire-spinning 250 Nm of torque. Mated to a seven-speed DSG transmission, it completed the 100 km/h sprint in 8.4 seconds and topped out at a highly impressive 212 km/h. 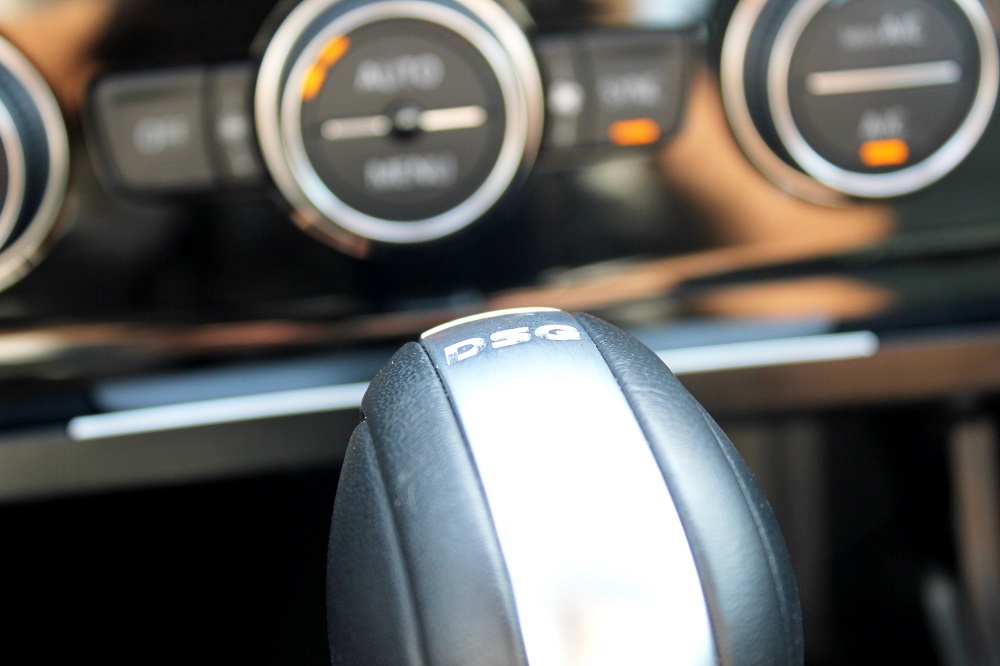 Simply put, the displacement of the 1.4 liter TSI might not sound like a very attractive figure to the power hungry Middle Eastern clientele, but the sheer enjoyment derived from the DSG transmission and the fine-tuned suspension catapults the Golf to a level far, far superior to what its rivals have to offer.

Perfectly combining practicality and excitement, the Volkswagen Golf occupies second position on the list of global automotive best-sellers and for good reason. The sheer simplicity of the standard Golf is impressive and is precisely what baffles us, as to why we don’t see throngs of the German hatchback on the roads of the UAE. 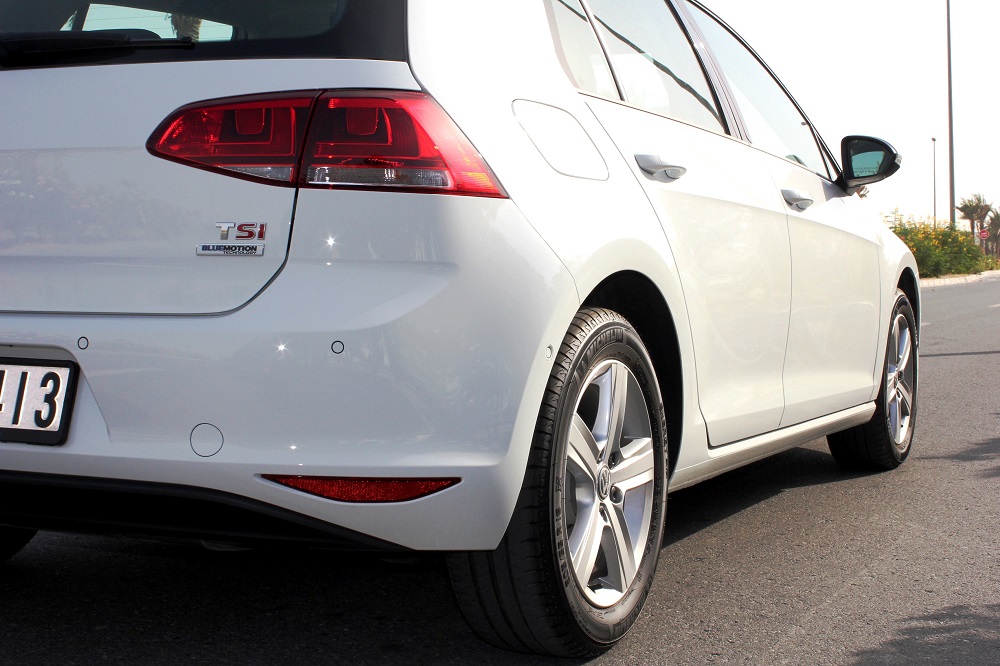 Outstanding entertainment system with ease of connectivity being the key.

2017 Porsche Panamera heads to the Nurburgring