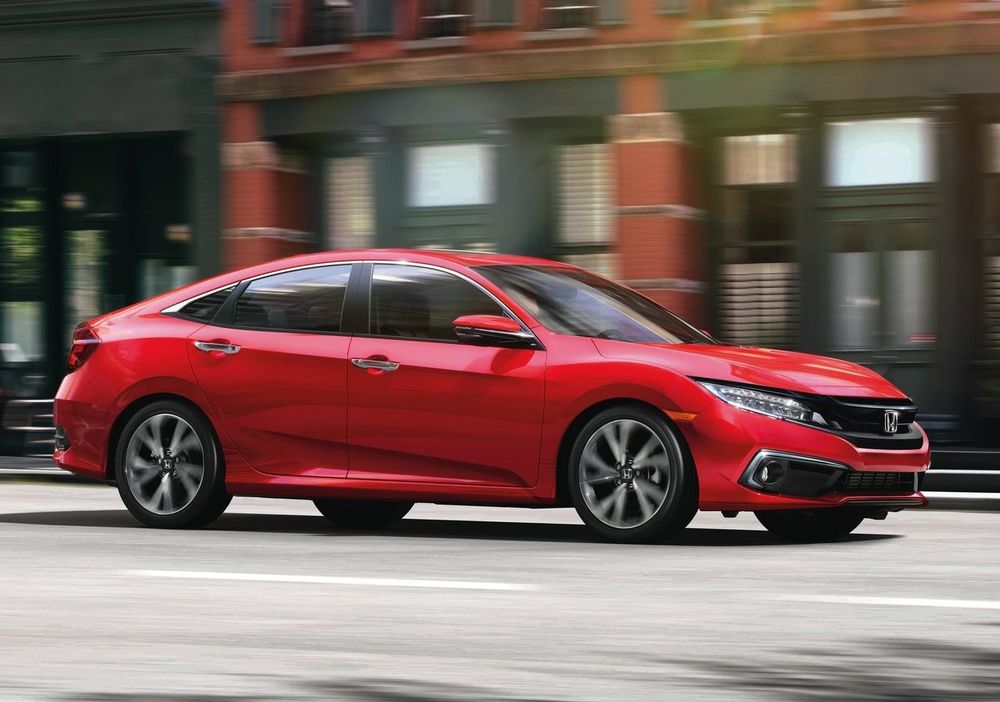 The Honda Civic has been in continuous production since it was first introduced way back in 1972. And up until it entered its fourth-generation avatar in the late 1980s, the Civic was primarily sold as a hatchback. However, since it was first unveiled all those years back, the outgoing and the latest tenth-generation Honda Civic is the most up-to-date iteration. The Civic was initially part of the B-segment category of vehicles, though that changed when it stepped into seventh-generation form in the early 2000s and from thereon, has been playing in the highly congested C-segment category. Meanwhile, the all-new tenth-generation Honda Civic arrived on the scenes in late 2016, and is currently one of the Japanese automaker’s top selling models.

However, the Civic (as brilliant as it might be) hasn’t got it all easy-peasy for itself. The C-segment sedan space is one the most hotly contested ones in the United Arab Emirates, and there are quite a few strong contenders here - the Toyota Corolla, Hyundai Elantra, Nissan Sentra, and Mazda 3. As of now, there are at least three different versions of the 2019 Honda Civic on sale in the region: starting with the entry-level DX trim that costs AED 69,900, the mid-option EX that retails for AED 86,900, and the top-of-the-range RS that starts at AED 98,900.

One of the new Civic’s most compelling factors is its modern and contemporary exterior design. The new Civic has a sharp-looking nose that’s accompanied by Honda’s “flying grille” design, sculpted hood, stylish LED headlamps and a sporty bumper. The suave coupe-like side profile looks elegant and imparts a sense of sportiness to the sedan, while its sleek wing mirrors, chic alloy wheels, and strong body contours make an impression of their own. The rear features boomerang-styled LED tail lamps that jut out, subtle yet sporty boot-lip spoiler and a chiseled bumper with faux vents. Dimensions wise, the 2019 Civic measures 4.575 meters X 1.755 meters X 1.435 meters in length, width and height, respectively. It boasts a boot capacity of around 480 liters and a wheelbase of 2.670 meters.

On the inside, the 2019 Honda Civic continues to impress with its neatly laid-out, smart-looking yet functional cockpit. The three-part instrument cluster, sporty steering wheel, uncluttered center stack and the red & black starter button all look fancy and properly modern. The dashboard looks and feels upmarket, too, with its silver accents coupled together with stitched leatherette trim and sharp angles. The seats feel quite plush, while the cabin is roomy enough as well. However, the sloping roof does eat into the rear headroom, and taller occupants might find that a touch annoying. The 2019 Civic’s interior boasts great build, excellent fit-and-finish, and everything works as it should.

Under the hood, the range-topping 2019 Honda Civic RS gets a 1.5-liter turbocharged four-banger with 180hp and 220Nm of torque. It’s mated to a reasonably quick continuously variable transmission, and can push the Civic RS to a top speed of 210 km/h, with the run from naught to 100 km/h taking 8.4 seconds. Not only is quite brisk to drive, the 2019 Civic RS also impresses with its 5.8 L/100 km fuel economy figure.