The GTE Sport is a wild hybrid with a largely composite body and a 400ps (395bhp) drivetrain. Unfortunately, the GTE Sport is only a concept car, a study into what hot-hatches could be in the future. so for the time being at least, there are no production plans. It does however, give a great insight into what’s going on behind the scenes at VW and with the Scirocco (Prices and specs) starting to show its age, could the GTE Sport possibly be a replacement? 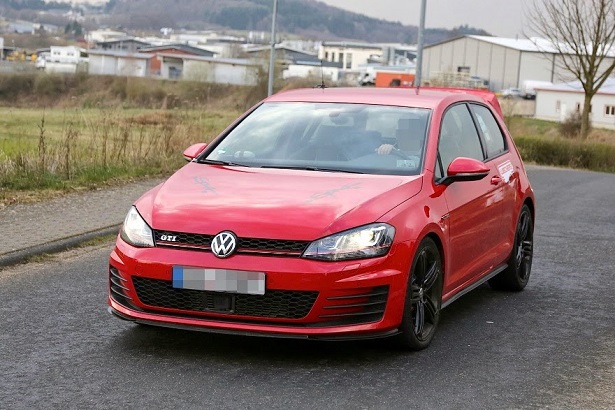 The other car shown at Wörthersee was the Golf GTI Clubsport (Prices and specs of GTI). This 265ps machine will look to overtake the RenaultSport Megane 265 and SEAT Leon Cupra as the ultimate realisation of track-focused hot-hatches. The standard Golf GTI already outperforms both cars in many areas but cannot hope to match their outright performance. The Clubsport GTI adds ‘motorsport-level’ downforce thanks to various new body parts and offers a healthy dose of extra power as well as racing bucket seats to complete the package.

The GTI is already a very accomplished car; it’s fast, thoroughly enjoyable to drive and usable, so adding extra power and downforce should ensure that it holds the FWD hot-hatch crown in every measurable way.