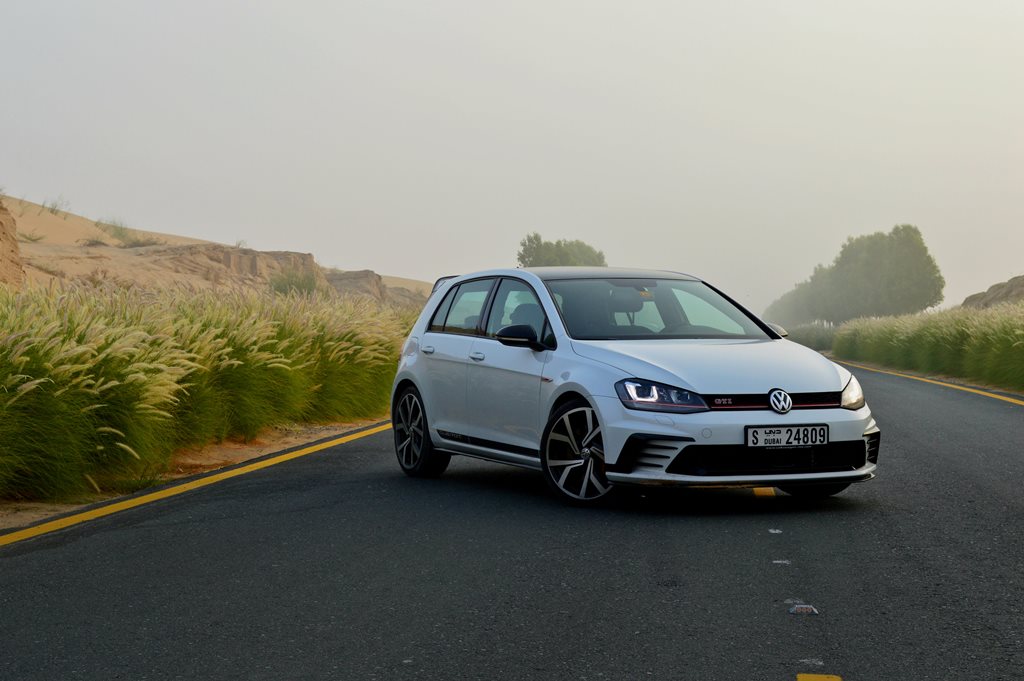 The Volkswagen Golf isn’t in need of a flowery introduction. Having built a stellar reputation over four decades, it has carved its name onto many a Wall of Fame across the globe. Limited to 400 units, the Clubsport is dedicated to the hot hatch fanatics and is a vehicle that slots in between the standard GTI and the outrageous Golf R in the German brand’s line-up.

Donning GTI garb, it is the subtle differences that differentiate the Clubsport from its standard sibling. Coming across as a mildly tuned aftermarket offering, the Clubsport flaunts a prominent splitter and diffuser, 18-inch Belvedere alloy wheels, a two-part roof spoiler, darkened tail lights and significantly larger chrome tailpipes. 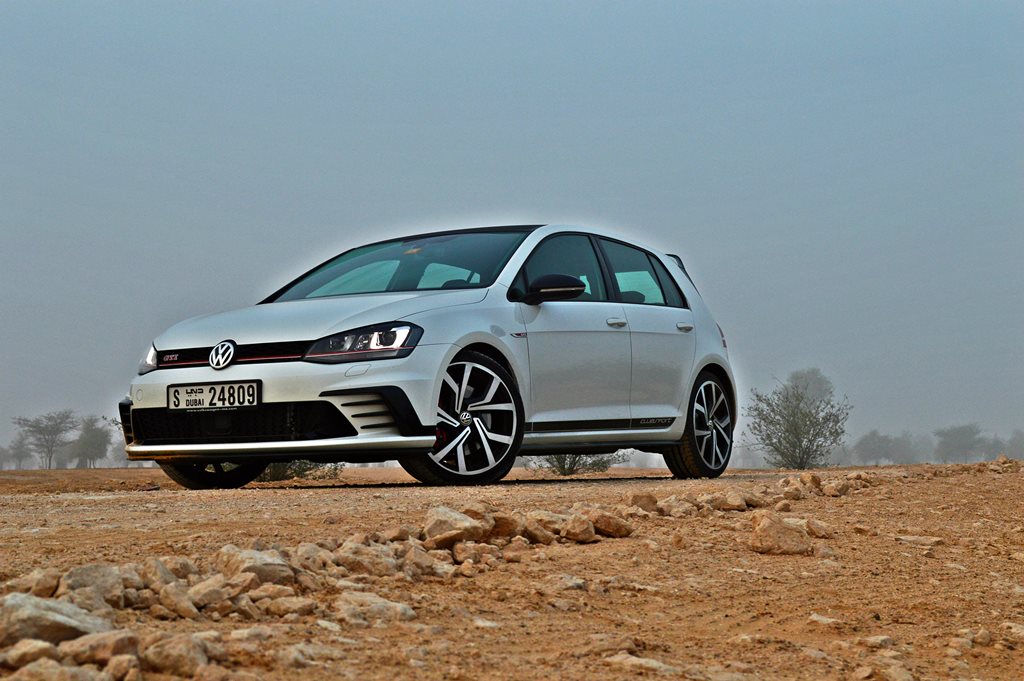 Needless to say, the additions are more than mere aesthetic add-ons. With integrated air curtains channeling the airstream past the wheels to reduce drag, while the spoiler offers greater downforce, it’s all catered to delivering a superior experience behind the wheel, something it undoubtedly delivers.

Dressed in Alcantara and embellished with red stitching, the cabin of the GTI Clubsport 2016 emanates performance and a fair share of elegance with piano black and silver trims. Firm bucket seats donning the GTI logo, aluminum pedals, and a Crimson steering stripe, are all small additions that connote the Clubsport’s sporting pretension. 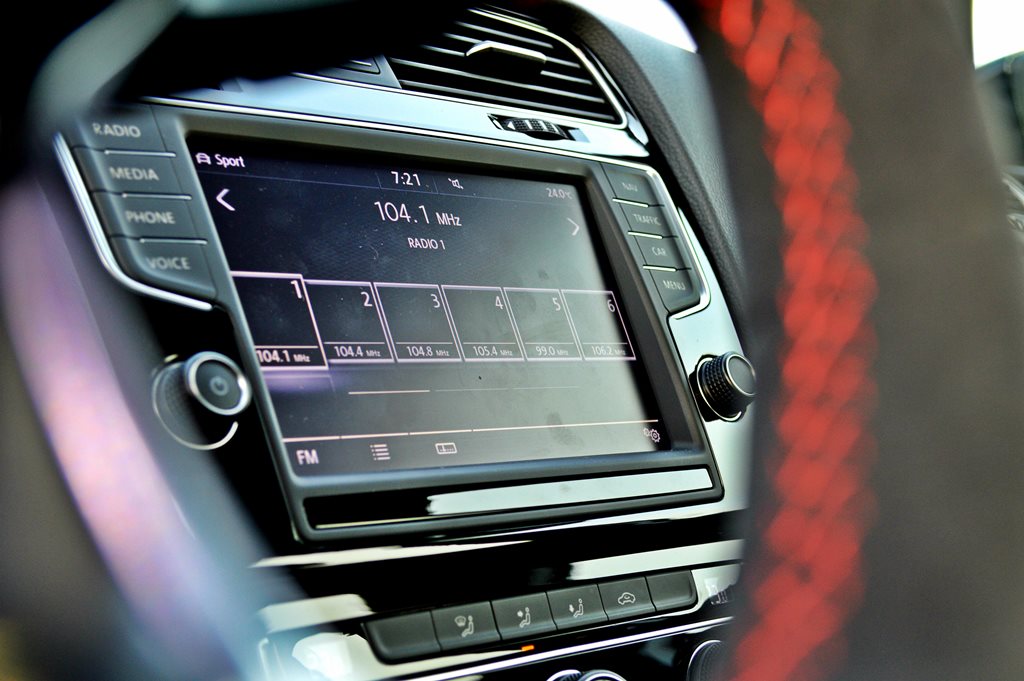 With five seats and a storage limit of 1,250 liters behind the first row, the Clubsport is a neat little hatchback that doesn’t compromise its practicality for sportiness. After all, it’s a Golf GTI, a vehicle that is mighty popular across the globe for reasons more than one.

Awarded a Good safety rating from the Insurance Institute for Highway Safety (IIHS), the 4,268 mm long hatchback fairs marginally better than its American rival, the Ford Focus ST. Equipped with an Adaptive Cruise Control system, a speed limiter and traction control, in addition to a proximity sensing touchscreen and a nine speaker Dynaudio Excite sound system, the Clubsport is equipped with a plethora of fascinating features. 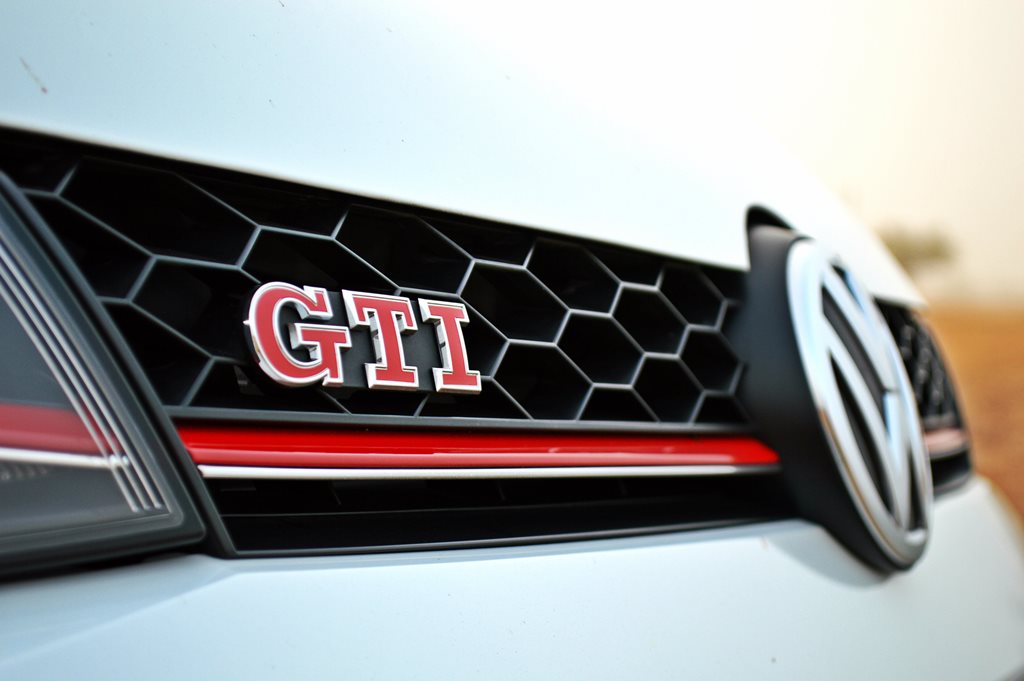 A press of the engine starter button and the 2.0-liter 4-cylinder engine burbles to life. Treating those behind the wheel with a ticket to driving nirvana, the Clubsport is more than a standard GTI, it’s an experience that is bound to make motoring enthusiasts weak in the knees. 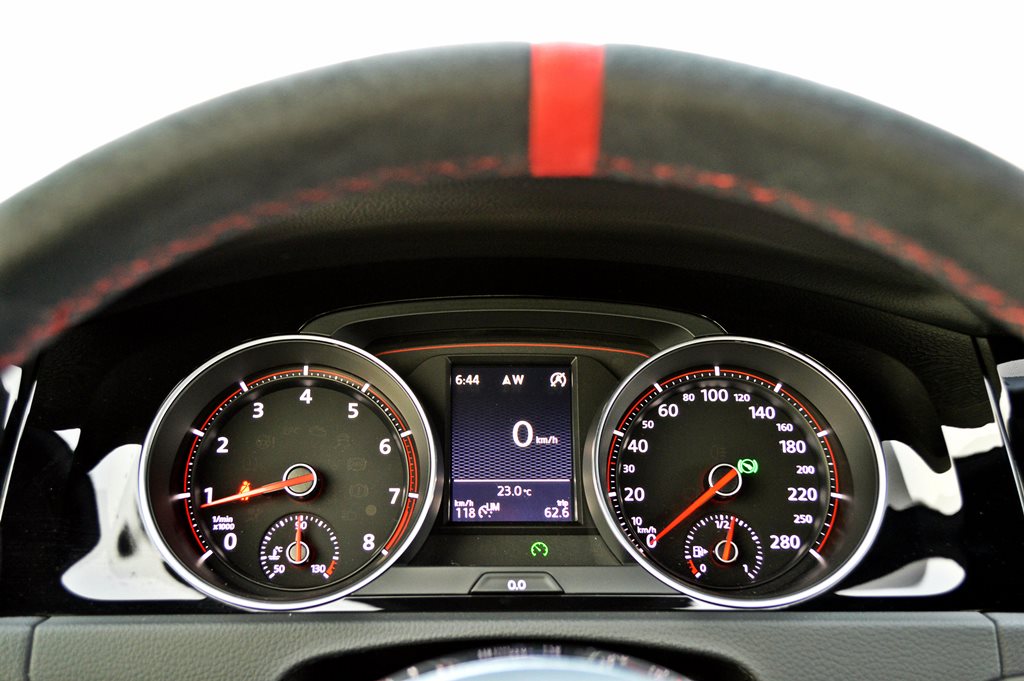 Mated to a six-speed DSG transmission which reserves first gear for seemingly endless burnouts, the GTI Clubsport’s 265 horsepower and 350 Nm of torque is simply mind-blowing. With an over boost function rocketing the former to 290 horsepower, it constantly defies physics and challenges what a hatchback is capable of. 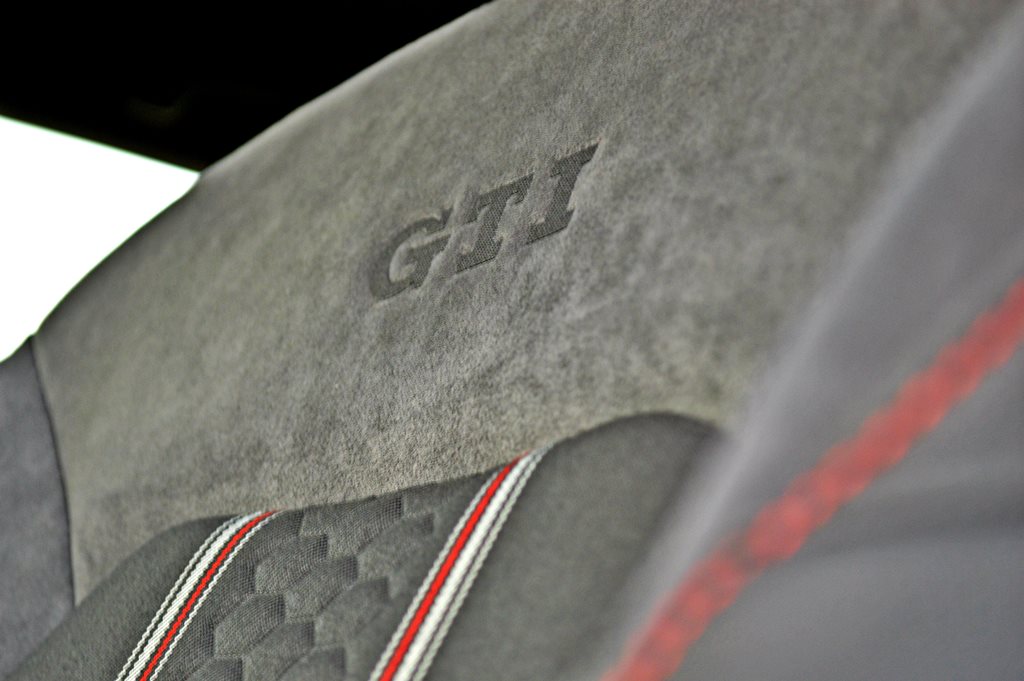 Tuned to handle high speed maneuvers with extreme panache, the Clubsport clutches the road in the same sort of fashion that a mother would hold her new born baby. With a stiff steering and an even stiffer suspension set-up, the German hatch is an absolute hoot to drive and proves that power alone isn’t the only ingredient to create a phenomenal sports car.

Truthfully speaking, the Volkswagen Golf GTI Clubsport isn’t for everyone. It is for the GTI connoisseur, someone who appreciates the finer details. It is to hot hatch fanatics what Molten Chocolate Cake is to chocolate lovers, and for a price tag of AED 140,000, gosh is it hard to fault! 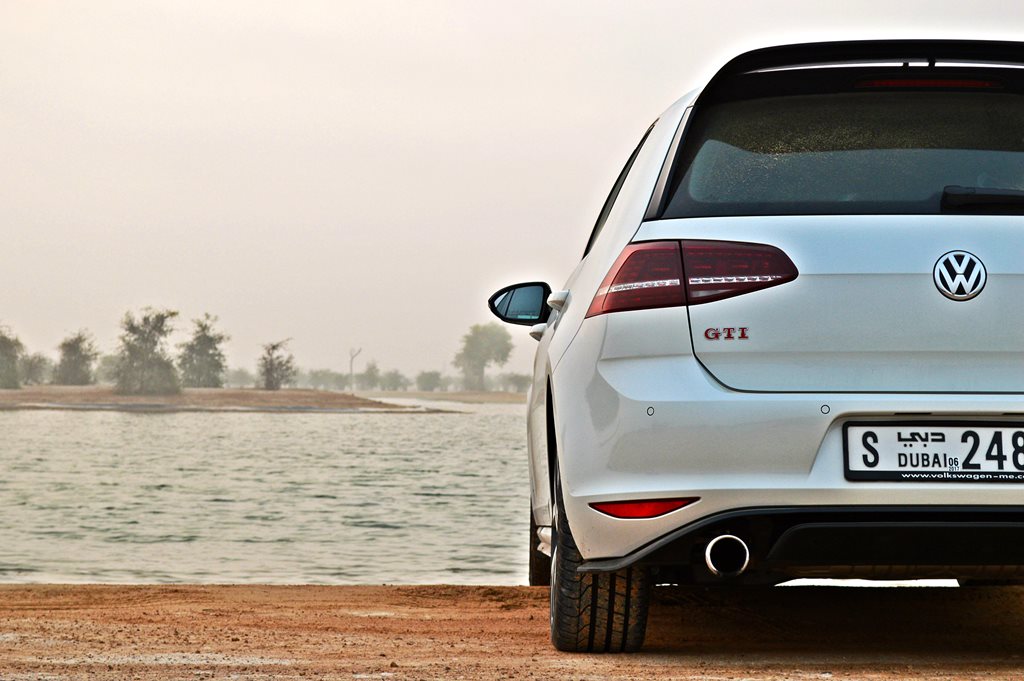 - The best GTI to date

- Steering is a little too large 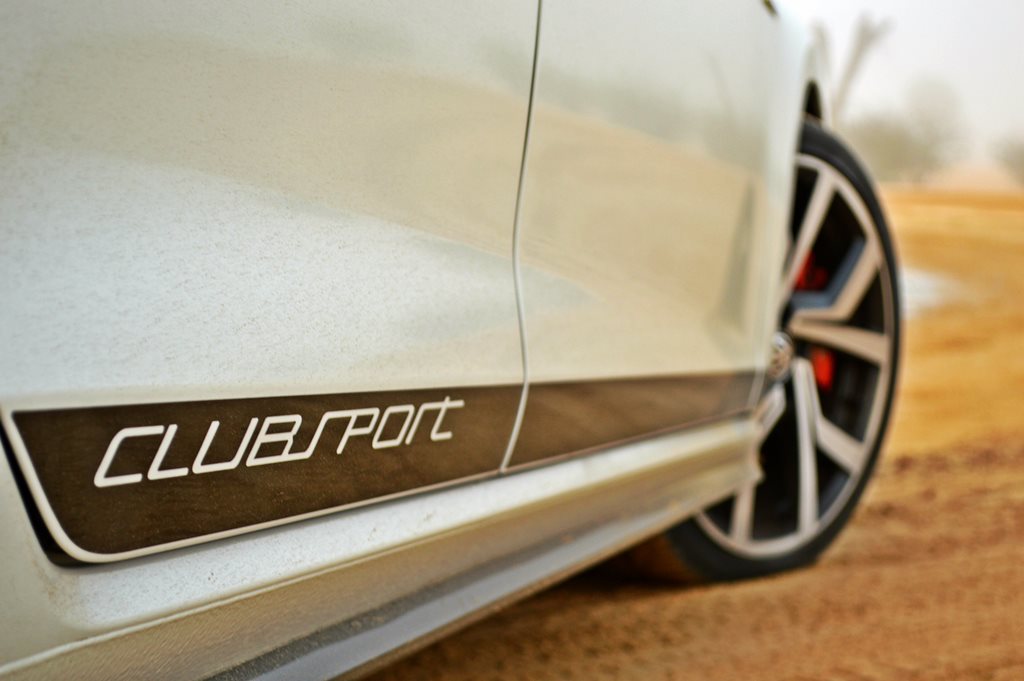