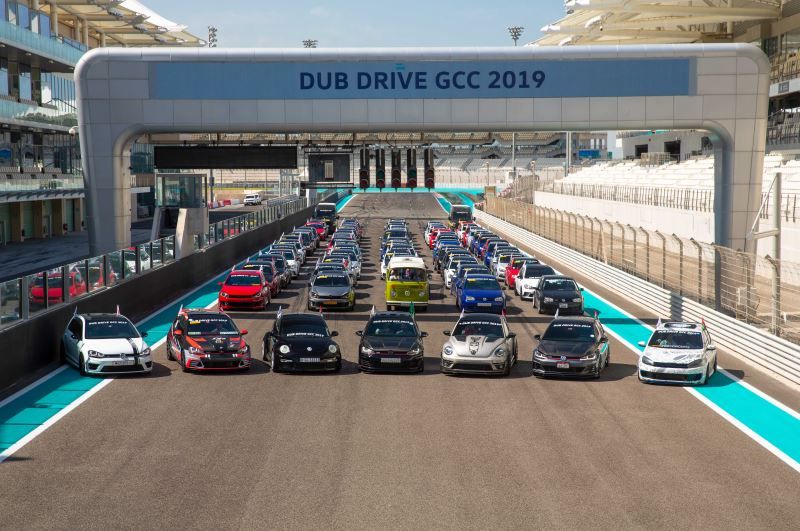 The largest meet for Volkswagen enthusiasts in the GCC took place on Yas Marina Circuit in an atmosphere filled with love for the brand. Clubs from Oman, Saudi Arabia, Kuwait, Bahrain, and UAE participated in the event which was organized by Volkswagen Middle East with the assistance of the Volkswagen Club in Abu Dhabi. Dub Drive GCC is considered the biggest VW meet in the region and rightly so, with over 300 cars participating.

We started off on the first day by driving around Abu Dhabi, where the residents of the Capital witnessed the various models of the brand, assisted by the Abu Dhabi Police who also showed up driving Volkswagens. The meet included famous Volkswagen owners from around the world who flew in from the US, Germany, Netherlands and Austria to participate in what the MD of Volkswagen Middle East referred to as a family gathering.

A little bit of history regarding the Dub Drive, it was started in Europe by Volkswagen enthusiasts and soon became the world’s most famous car meet. In Europe, the Dub Drive hosts over 3,000 cars and spans the course of a week. This year Volkswagen Middle East had chosen a driver and his car to fly to Austria to participate in the Dub Drive in Europe as an ambassador of the GCC. This lucky individual was Ahmad, an Emirati national who goes by the Instagram handle @A.MK7R.

Whether it was tuned or kept stock, all the participants we spoke to share the love for their cars and the brand, with virtually all of them saying they will always be Volkswagen people. What was also notable and welcomed with open arms were the female participants from Saudi Arabia, who also shared their love for the brand and chose to drive a Volkswagen in Saudi for many reasons, such as the smooth drive, options in their cars, safety and elegance. 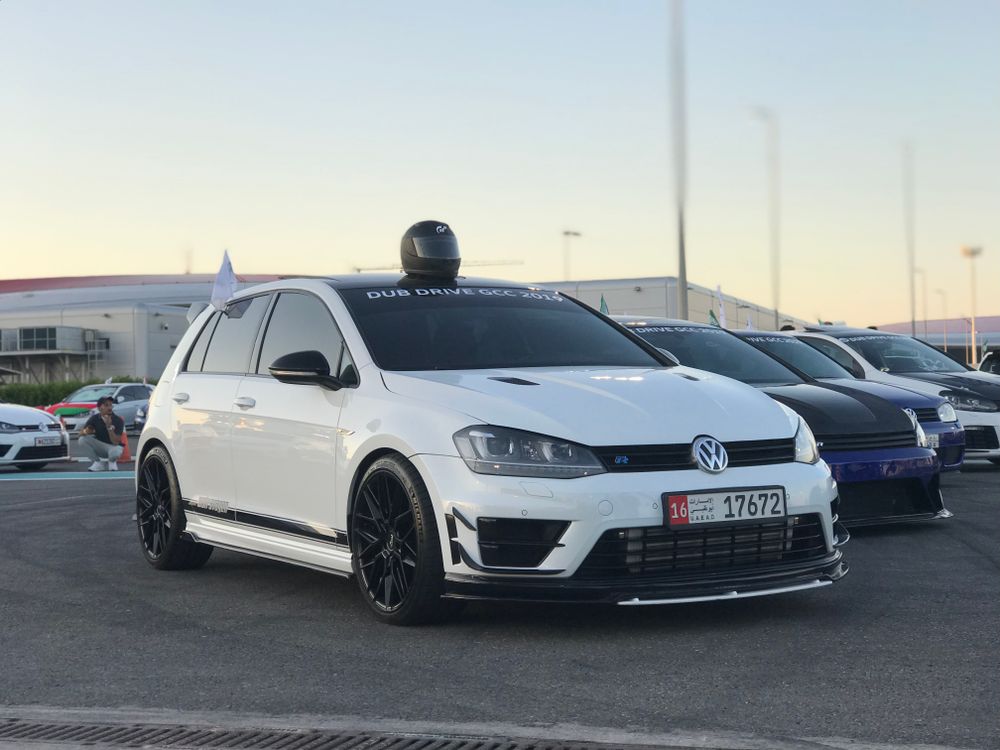 Before closing the first day, Volkswagen Middle East chose to debunk a longstanding myth that Golfs cannot drift. With a stock car driven by Rami (one of the brand’s professional drivers) they proved that Front-Wheel-Drive hot hatches can kick their tail out and have as much fun in the corners as a significantly pricier and more powerful Rear-Wheel-Drive car.

On the second day, Volkswagen Middle East had organized a track day at Yas Marina Circuit where owners were given the opportunity to race against one another and it was a dream come true for most, as they were able to test their cars, mods and driving skills against Volkswagen family members from around the GCC.

YallaMotor was invited to try the new Volkswagen Golf GTI 2019 on track, and oh man, what a ride that was! The front wheel drive configuration made it easy to go into sharp corners in a thrilling way and exit at high speeds. The stability of the gear and the rapid shifting of the DSG proved once again why the Golf is one of the best (if not the best) hatchback there is.

Soon after the hot laps, Volkswagen had prepared a surprise for the media attendees and we were given the opportunity to drive the new Golf GTI and Golf R on two obstacle courses, one dry and one wet. The dry course, which was like an autocross track, allowed us to push the cars extremely aggressively and no matter how fast we accelerated through the course, we always felt in control due to the smart traction and stability controls in the car. 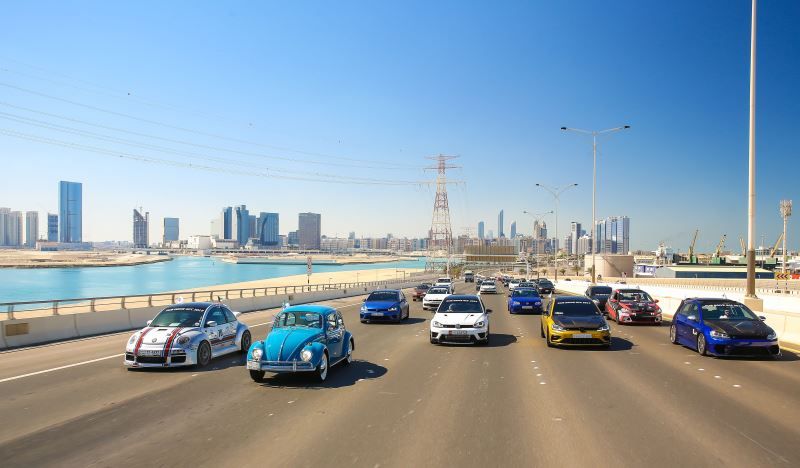 As for the wet course, that was a completely different ballgame. We had the chance to go over the track twice in each car, once with the traction and stability controls switched on and the second time with them completely disabled because #WhoNeedsSafety #JustKidding #SafetyFirst. Instantaneously the differences between the front-wheel-drive Golf GTI and the all-wheel-drive Golf R began to shine through.

Both cars proved yet again the level of safety Volkswagen aimed to have with the improved stability and traction control systems working in harmony to keep its occupants safe. Even when switched off completely, the systems kick in if they detect slip or unwanted loss of control that could likely jeopardize the the driver and passengers.

Overall, we believe Volkswagen have done it again! We thank Volkswagen for an amazing weekend and for producing such an amazing car year after year, which is evident by the 300 enthusiasts who showed up and held a friendly competition amongst each other like in any family.

An overview of the Suzuki Jimny 2019