The car you see above is the all-new Toyota Corolla and there’s something very special about it. Being the first Hybrid Corolla to be built in the model’s 24-year history, we’re going to take a closer look and discover if it has what it takes to be better than three of its biggest rivals, the Honda Civic, Kia Cerato, and Renault Megane. 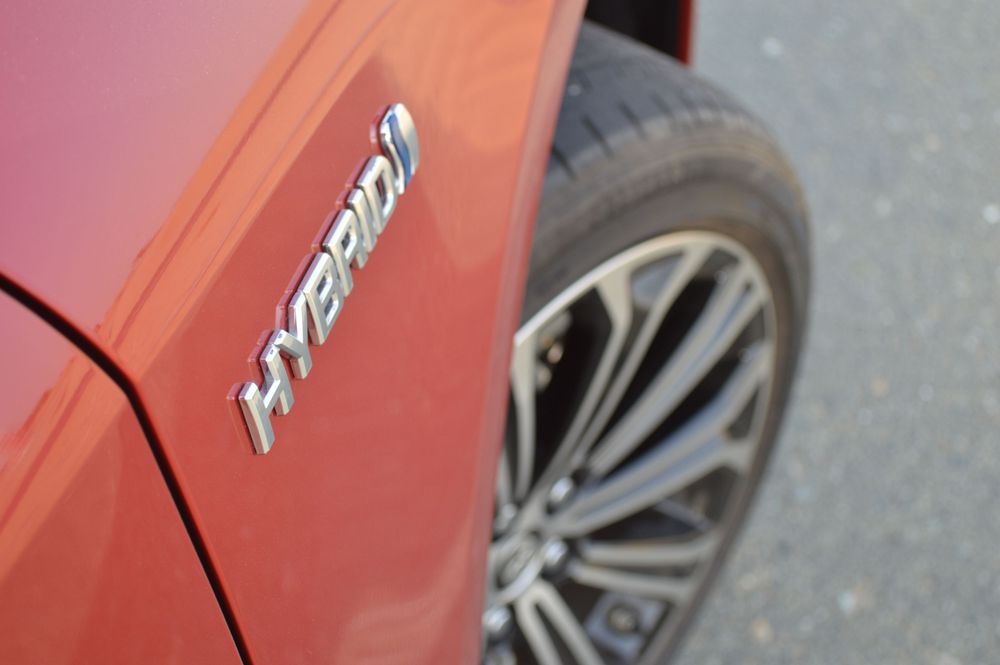 Lower, longer and wider, the all-new Toyota Corolla looks much better than the model it replaces and shares quite a few similarities with its elder sibling, the Camry. The hexagonal grille gives it much more road presence while the sleek LED headlamps and 17-inch alloys add to its elegance and sportiness respectively. In the back, the narrow LED taillamps and protruding bumper give the impression of a more planted sedan. 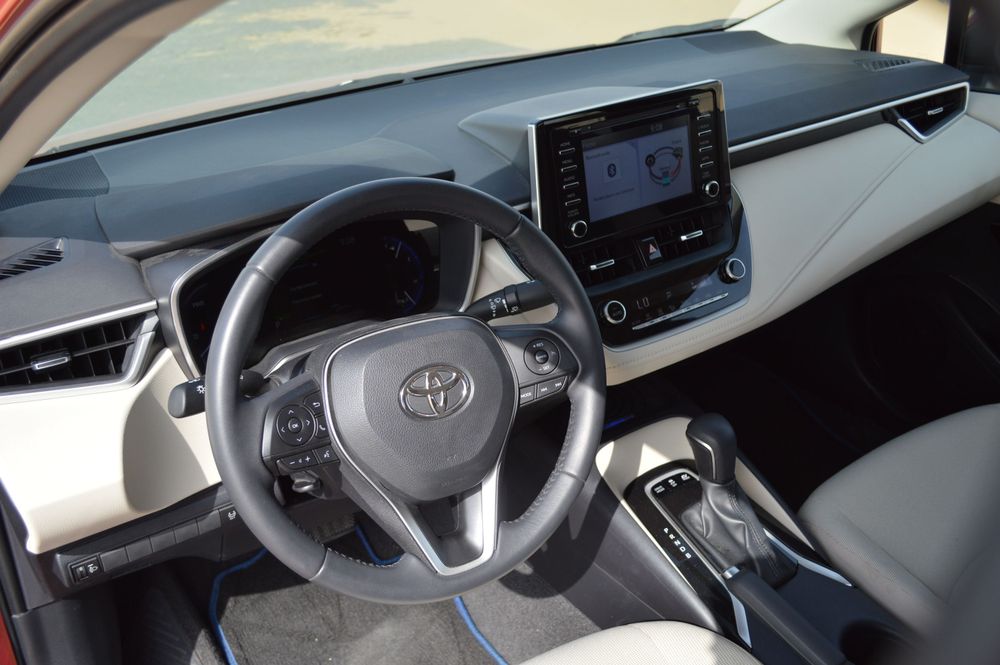 Much like the exterior, the interior has been revised quite heavily and all for the better. While the previous model flaunted a lot of exposed hard plastic, the materials are far better in this new model. The overall design is also very clean and simplistic with a tablet-like infotainment screen that has been borrowed from the all-new RAV4. 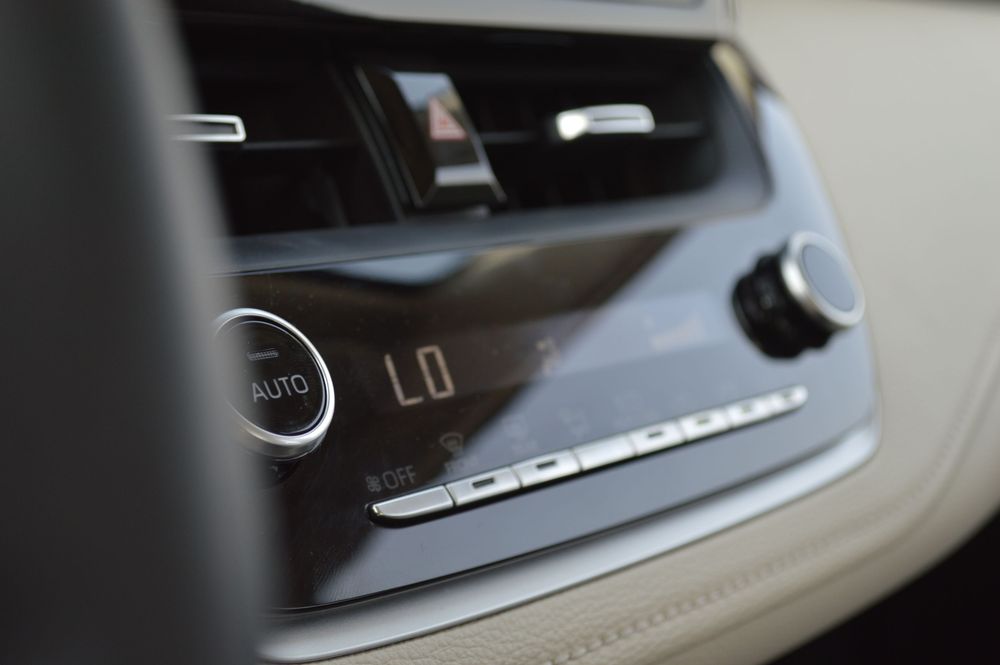 In the back, there’s rear A/C vents, cupholders, and enough room to carry three adults relatively comfortably thanks to the almost flat floor. Boot capacity measures in at 371-liters, which isn’t as much as the Civic at 416-liters but what is worth highlighting is that since the batteries are located under the rear seat instead of the boot, the hybrid and non-hybrid Corolla both receive the same boot space. 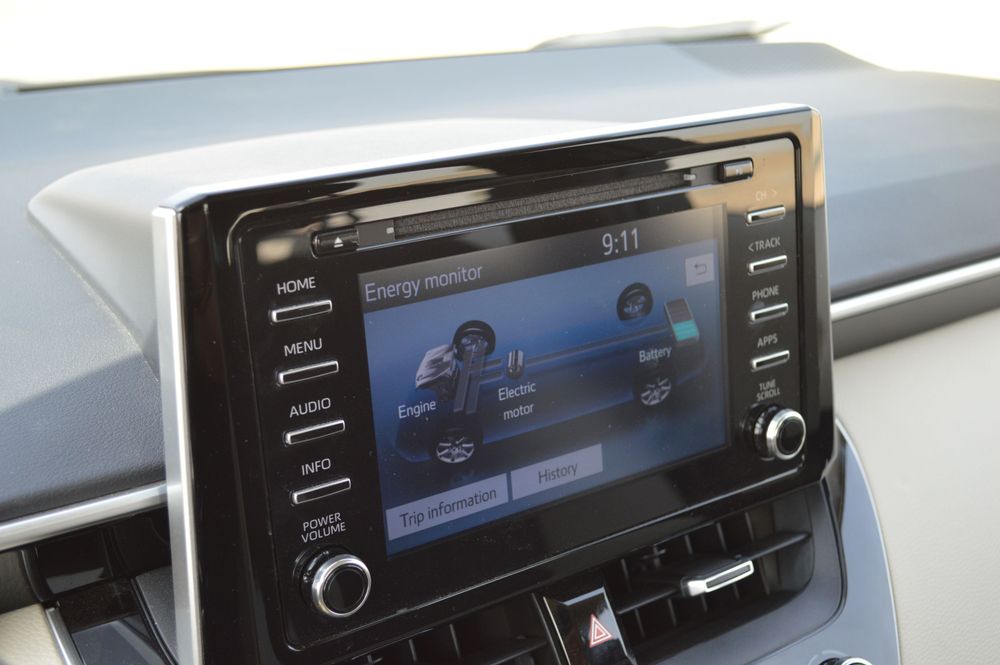 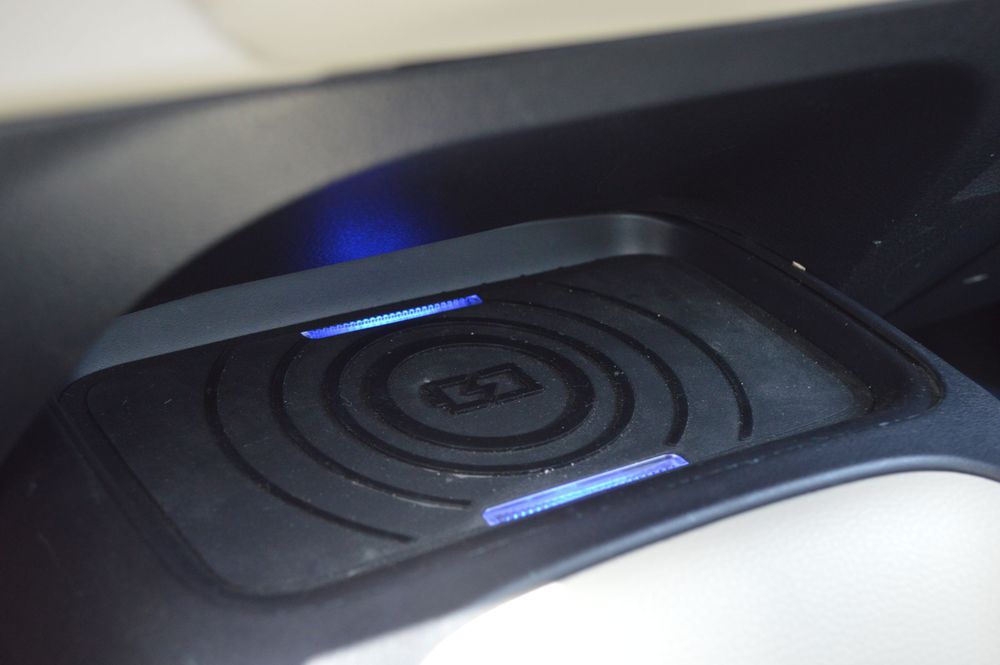 In two simple words, “not much”. You get a sunroof, push button starter, automatic climate control system, Bluetooth connectivity, 7-inch infotainment screen, wireless charger, rear camera, and that’s about all. 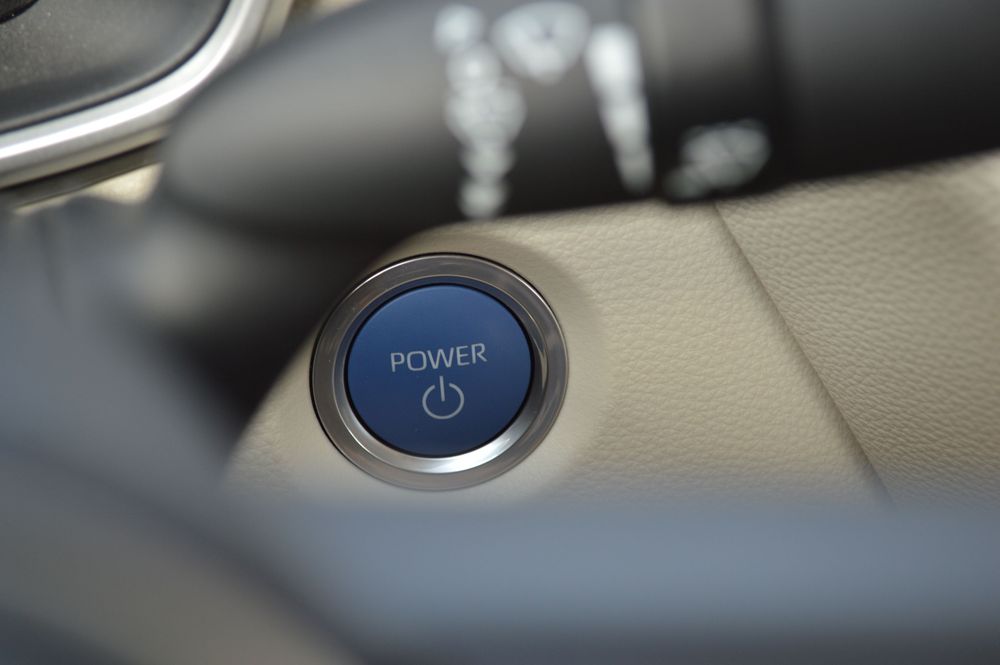 Now in the UAE, the Corolla is available with a choice of three engines – a 1.6-liter, a 1.8-liter, and a 2.0-liter unit. The Hybrid model gets the 1.8-liter engine and when paired with an electric motor, it produces a combined output of 168 horsepower and 305 Nm of torque. What those numbers mean is that the Corolla Hybrid is the most powerful amongst all its rivals, but don’t read into that too deeply. 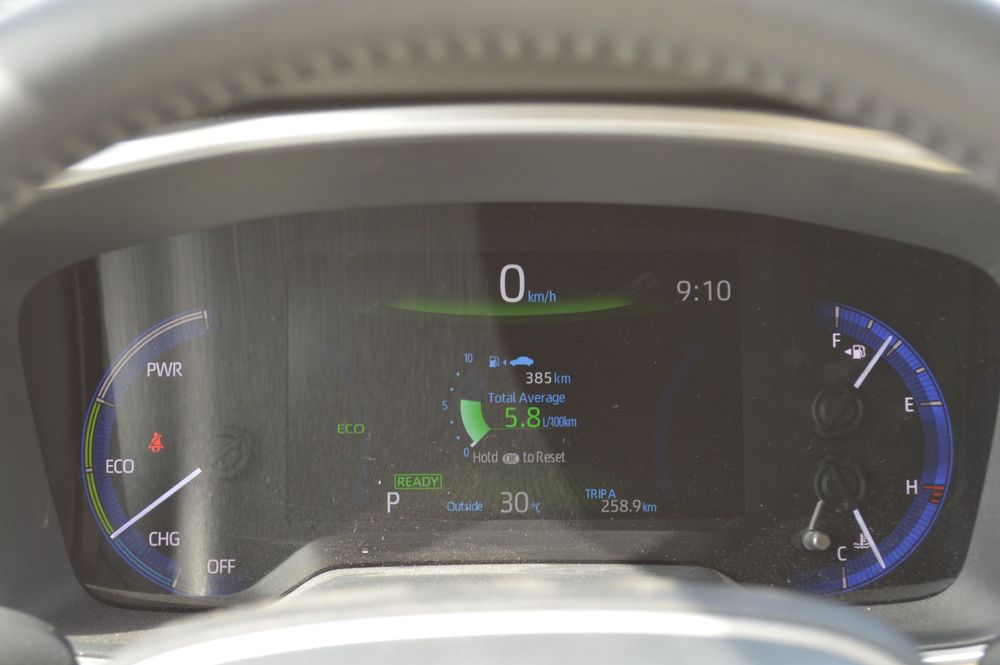 Its 43-liter fuel tank delivers more than 750 kilometers per tank and that’s something I have simply never come across in a sedan before. This is made possibly by the CVT gearbox and intelligent systems that work together to decide if the car should use the electric motor at slow speeds, the engine at slightly higher speeds, or both for maximum power.

In terms of drive modes, there are three (Eco, Power, EV) with each altering how high the CVT gearbox holds the revs when accelerating. Speaking of the gearbox, unlike most other cars that come with an automatic transmission, there’s P for Parking, R for Reverse, N for Neutral, D for Drive, and B for Braking. Essentially when driving in “B”, the regenerative braking is a lot stronger and allows the car to charge the battery quicker. 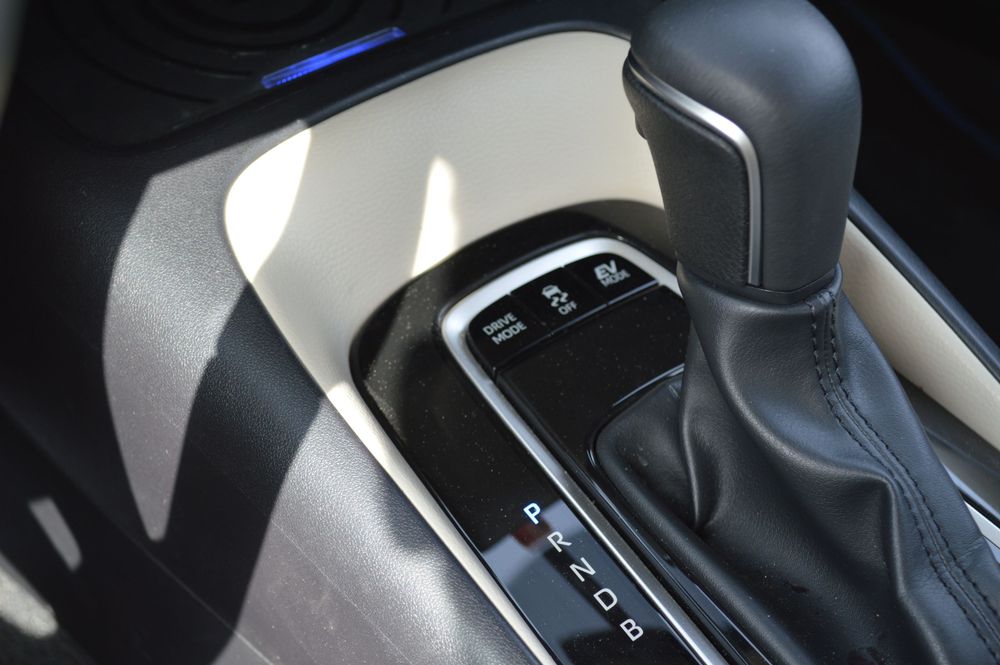 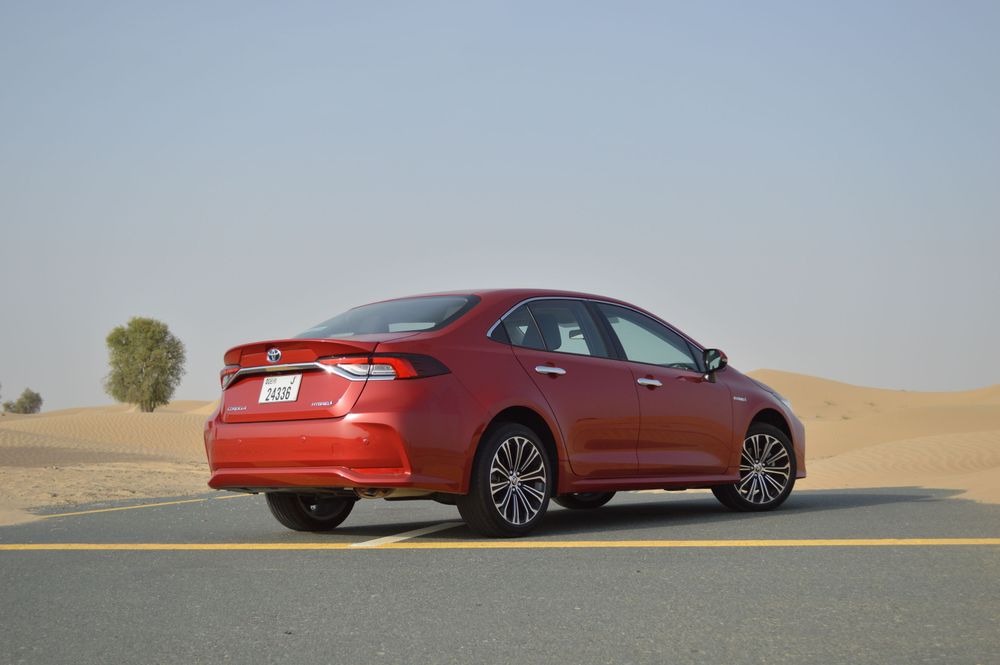