In an unlikely encounter and to cater to its Middle Eastern audience, German manufacturer Volkswagen has released a film showcasing two of the region’s most iconic figures, the Volkswagen Golf GTI Clubsport and the national bird of the UAE, the Peregrine Falcon. In a race orchestrated to display the speed and agility of both icons, The Chase frames the powerful capabilities of bird and hot hatch as they race past the sculpted sand dunes of the UAE.

Reaching speeds of up to 320 km/h, the Peregrine Falcon possesses the definitive edge over the German hot hatch, but is kept interesting with driving aids such as the Dynamic Chassis Control that allow it to carry jaw-dropping speeds into the corners. Accelerating to 100 km/h in 6.3-seconds, the Clubsport’s aerodynamic fine-tuning, powerful traction, and boost function that delivers 290 horsepower for a short period of time, allow it to ultimately out maneuver the falcon. 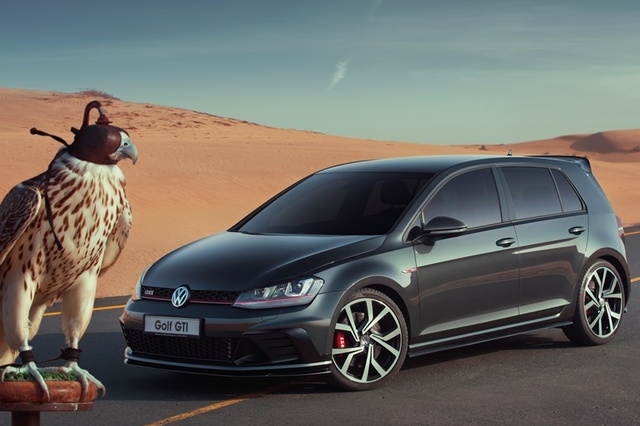 Different and unlike most other races seen on social media channels, The Chase is a testament to the brand’s dedication to cater its strategy for the region, and who knows, a Touareg might soon take on an Arabian camel at a desert near you!

Three reasons you will love the Volkswagen Transparent Factory