The exciting Peugeot 508 and its notable features

French automobile manufacturer Peugeot has been at the forefront of innovation and has amassed a sizable amount of global attention since the introduction of its newfound design language. The seductive 508 sedan is a breathtakingly beautiful offering and to prove it’s more than just a pretty face, it packs a long list of comfort, entertainment and safety features.

A careful concoction of elegance and sportiness, the Peugeot 508’s bodywork is embellished with distinctive creases and sculpted lines for a strong, high-tech cat-like look. Continuing the marriage of form and function on the inside, ergonomics take prime position and compliment the meticulous design and precise details that are found across the cabin. 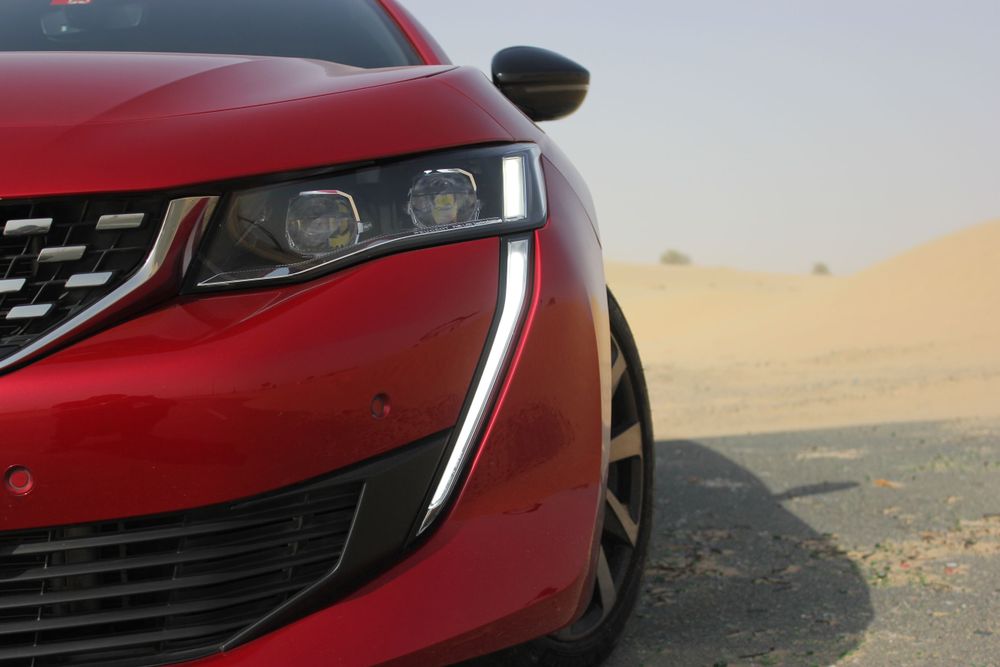 18-inch alloy wheels: Filling the wheel wells and lending the 508 a sporty stance are 18-inch alloy wheels finished in a dark gunmetal grey hue. The ten-spoke pattern is impressive and adds a dose of aggression to the design without being garish. 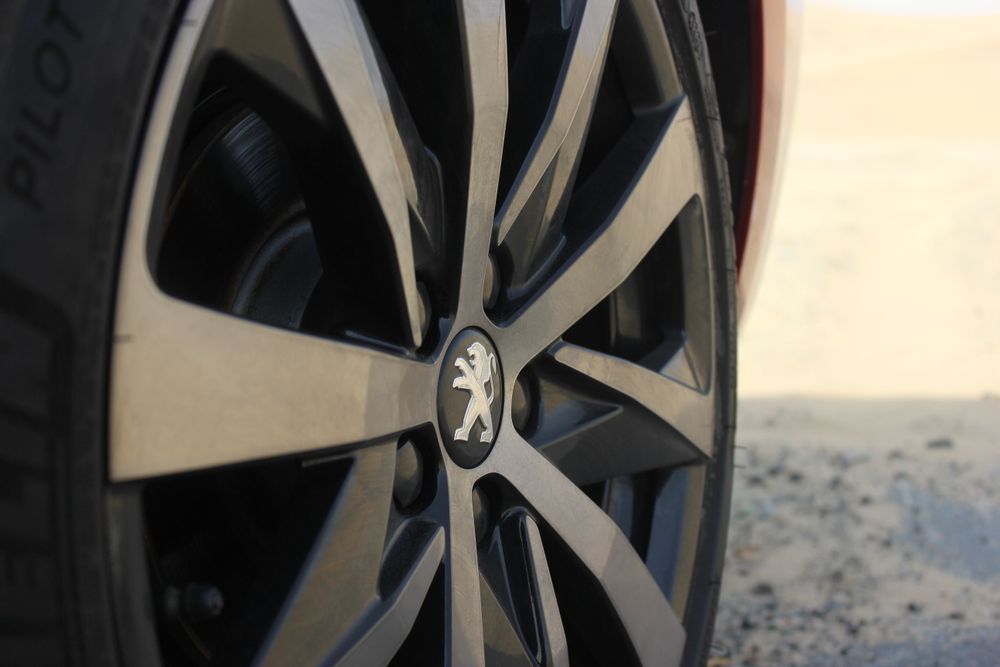 Sunroof: A stark contrast to the red bodywork, the dark roof doubles as a sunroof, allowing unparalleled views of the beautiful sky and the country’s skyscrapers. With the ability to tilt and slide open, it also offers the ultimate open-air experience to make the most of the cooler months.

A plush cabin with plenty of soft-touch materials, the Peugeot 508 looks and feels like it belongs several classes above. A great option for young executives and small families, the French sedan makes no compromises when it comes to the comfort of its occupants.

Compact steering wheel: A signature design element, the compact steering wheel found in the Peugeot 508 gives the impression of a more spacious cabin and makes driving in tight, congested areas much easier. Positioned for an ergonomic driving experience, it offers a more comfortable seating position and eases maneuverability around town. 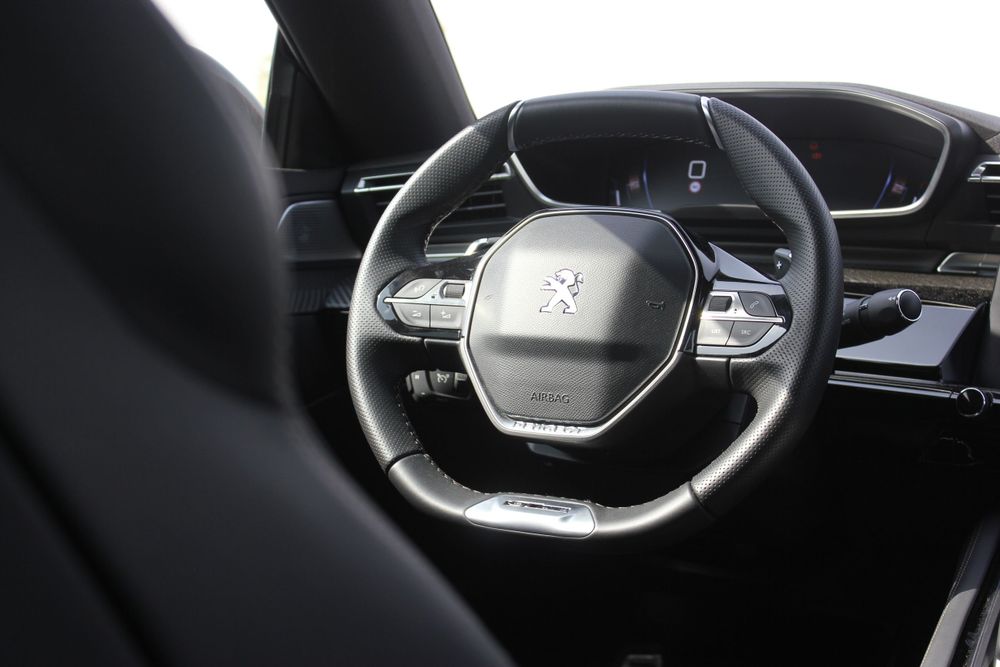 Ergonomic seats with massage: Working as a testament of the brand’s dedication to driver and passenger comfort, the seats in the Peugeot 508 have received the prestigious AGR (Aktion Gesunder Rucken) label from Germany, proving that they provide a healthy seating position on both long and short drives. Adjustable in several ways, they also offer five different massage options with varying levels of intensity. 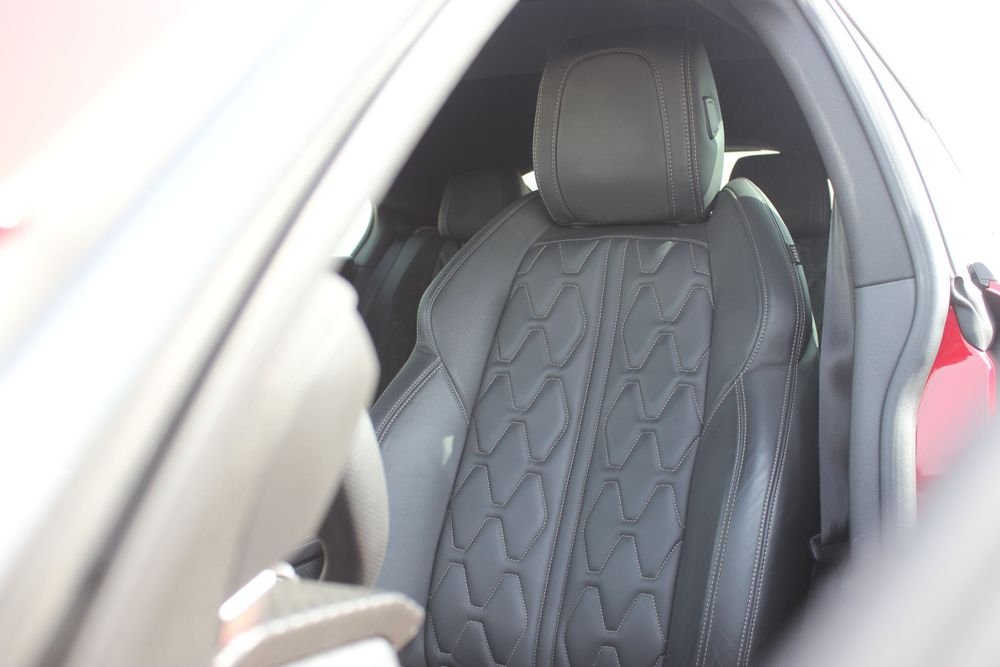 Rear A/C vents: In addition to impressive amounts of headroom and legroom, rear seat passengers are guaranteed a comfortable experience in the 508 with the rear A/C vents blowing out gusts of cool air despite the scorching temperatures outside. 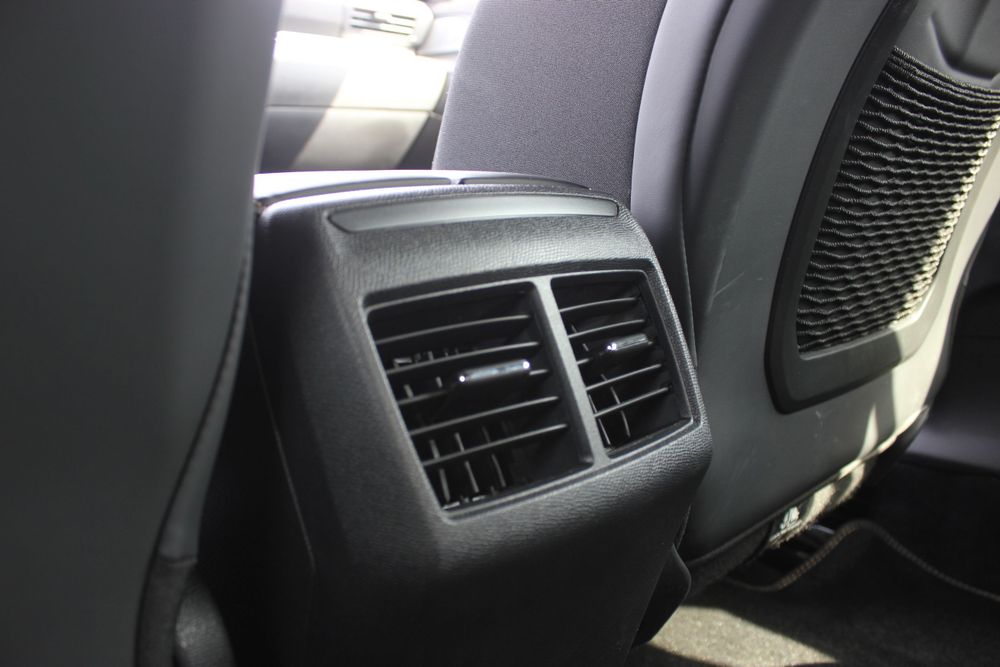 Rear USB charging: An important criterion for younger occupants (especially when heading out of the city for a weekend getaway), the two rear USB charging outlets ensure mobile phones, tablets, and all other devices are fully charged and ready for the road ahead. 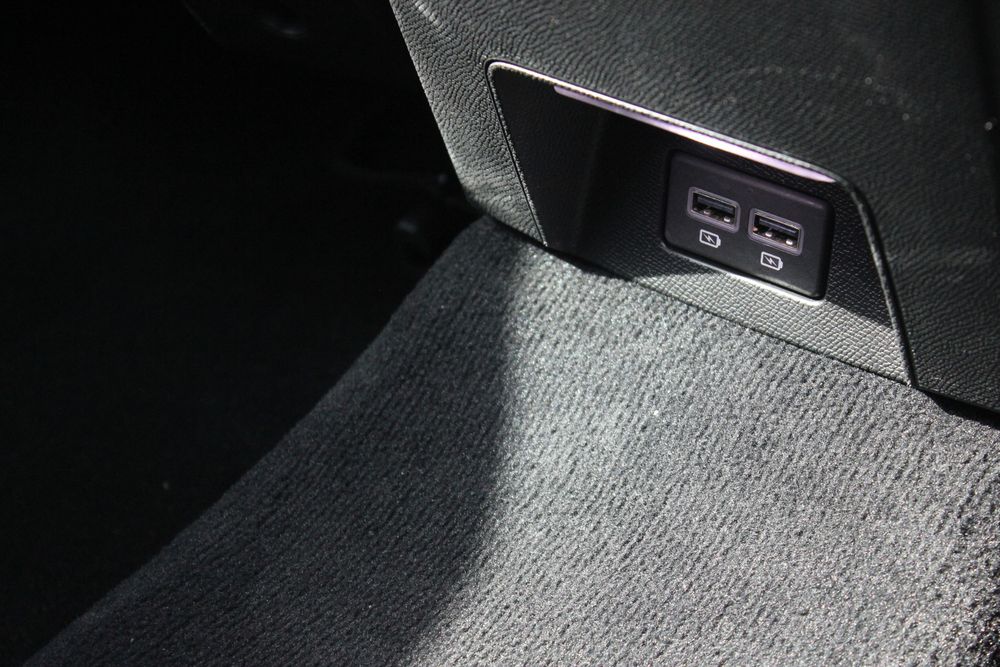 Modern in its styling and technology offerings, the Peugeot 508 packs a barrage of tech that makes every drive an easier and more enjoyable one. Outdoing its rivals in yet another form, the following list highlights some of the French sedan’s most notable tech onboard.

Head-up Display: A digital instrument cluster that is customizable in several ways and with numerous inbuilt themes/layouts, the head-up display sits right behind the compact steering wheel and offers drivers plenty of relevant information while ensuring their eyes are fixed on the road ahead. Everything from a map to simple traditional dials can be viewed on the 12.3-inch screen and customized to suit the driver’s preference.

Capacitive touchscreen with toggle switches: A large 10-inch high-definition tablet-like display that protrudes out of the dashboard works as the command center and controls all of the 508’s infotainment features. Armed with a capacitive touch function, it eliminates accidental presses while driving and offers fighter jet inspired toggle switches for quick access to the audio system, climate control system, and navigation system to name a few. 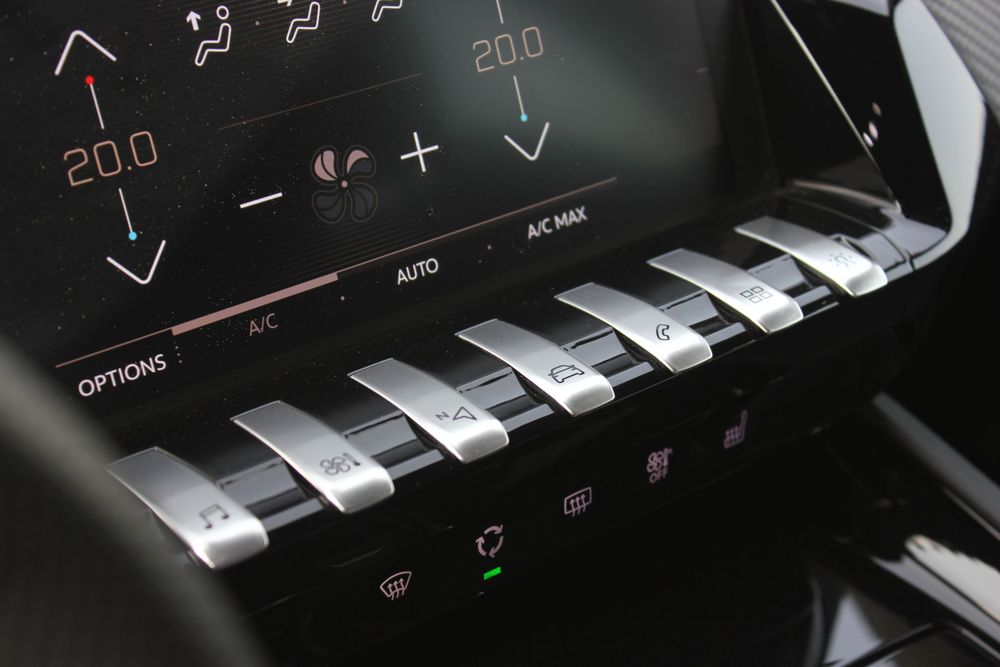 Hi-Fi Focal audio system: The 10-speaker Focal audio system is bound to be a treat for audiophiles as it utilizes a subwoofer, tweeters, and speakers in the door panels to create an immersive aural experience. With deep bass and high treble, it offers extreme clarity and ensures occupants enjoy any and all genres of music to the fullest. 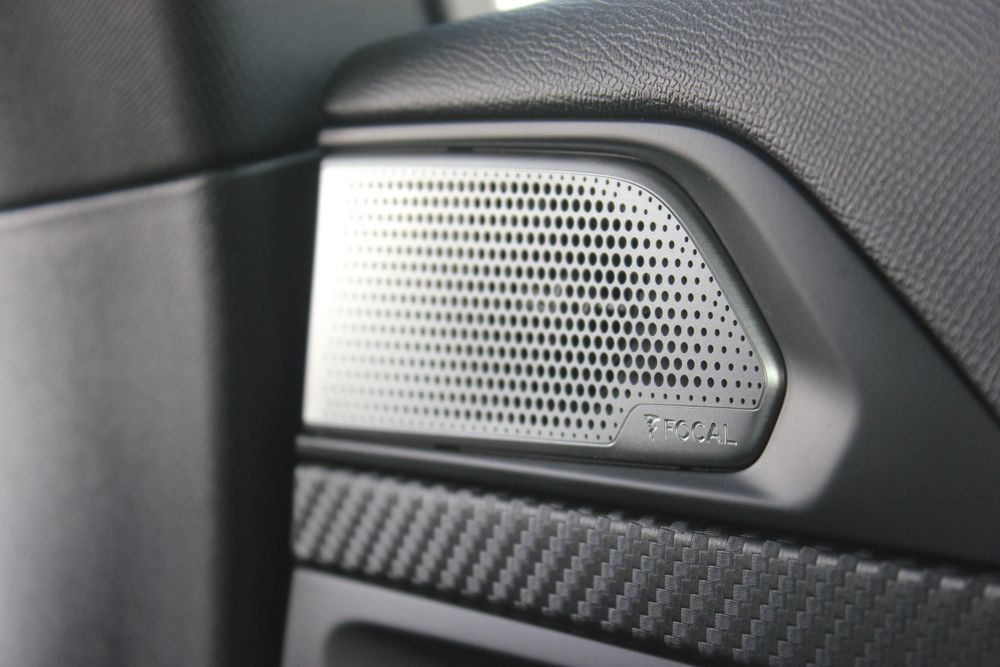 Apple CarPlay / Android Auto: Offering seamless smartphone connectivity, Peugeot’s ‘Mirror Screen’ which is compatible with Apple CarPlay and Android Auto, allows drivers to mirror their smartphone’s screen to the infotainment screen on the dashboard and use compatible apps such as Google Maps, Spotify, and Calendar while driving. 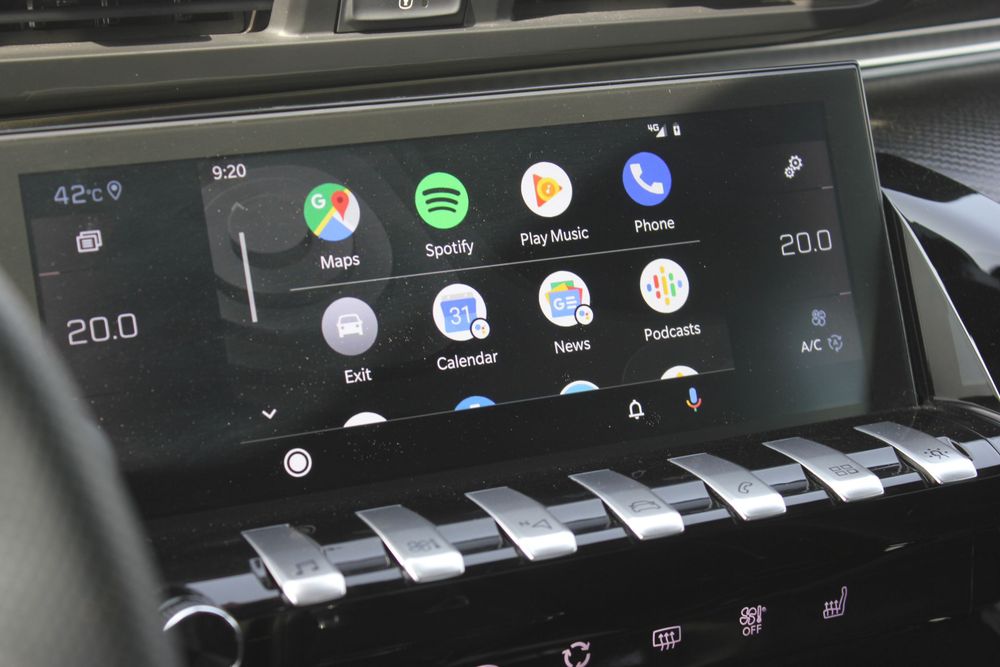 Surround view camera: Two high-definition 180-degree cameras (one in the grille and one in the tailgate) offer a 360-degree Birdseye view and make forward, backward, and parallel parking maneuvers a whole lot easier. Ensuring the driver is aware of and can see all obstacles nearby, the system automatically offers a zoomed in view to get a better understanding of the distance between the obstacle and the vehicle. 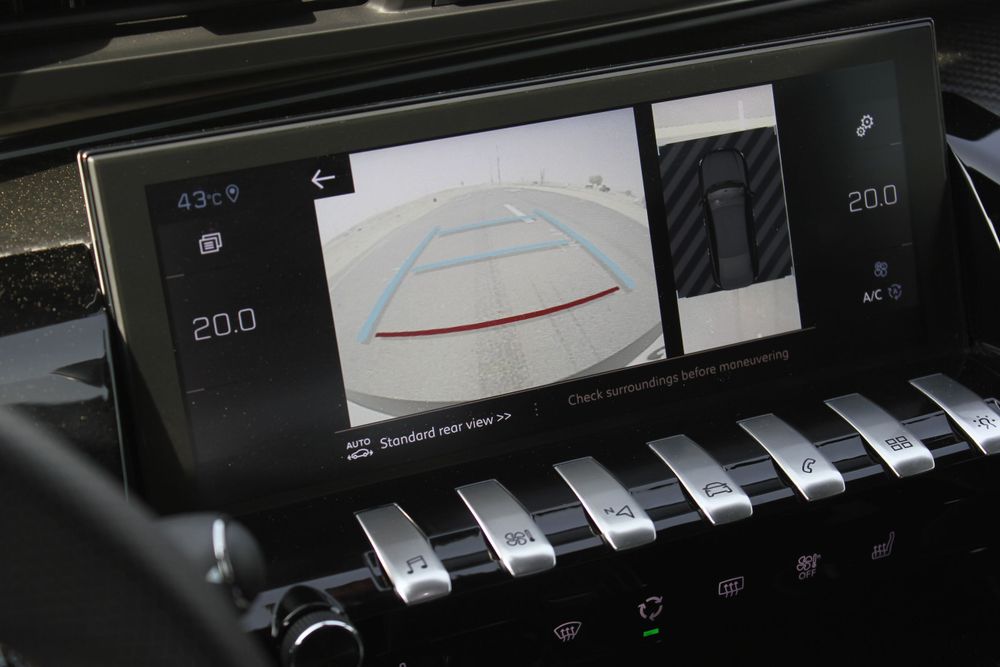 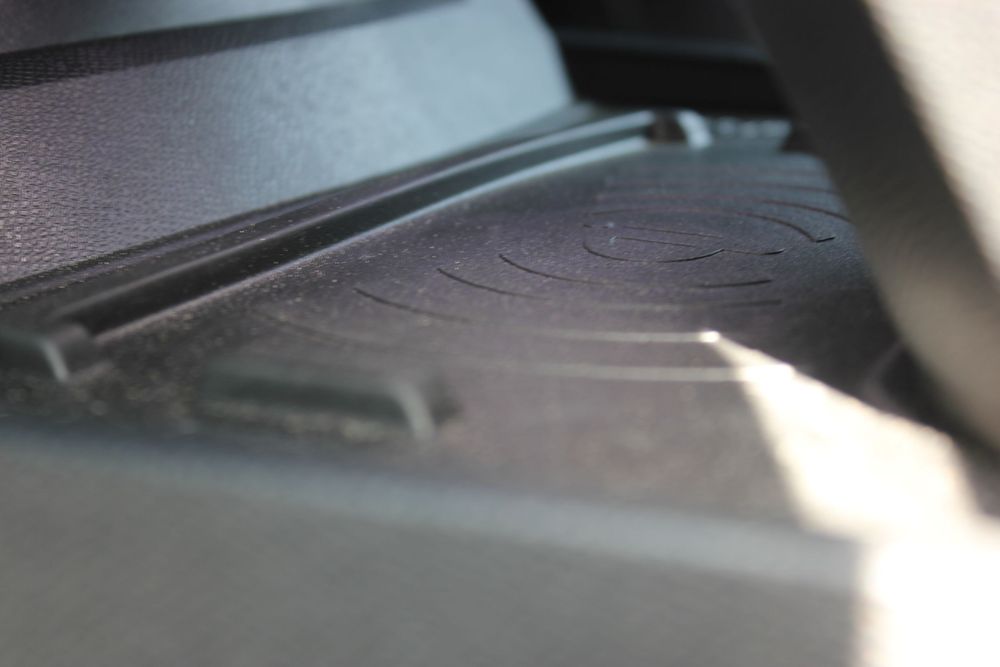 Be it on the sprawling highways where three-digit speeds are the norm or on congested inner roads, the Peugeot 508’s suite of safety features ensure the highest level of safety for all its occupants.

Adaptive Cruise Control: Operating at speeds between 0-180km/h, the adaptive cruise control system regulates the speed of the 508 to match the vehicle ahead by using a radar located in the front bumper and a camera located at the top of the windscreen. With the ability to come to the complete stop and accelerate automatically once the vehicle ahead does so, the 508 makes easy work of rush hour traffic jams. 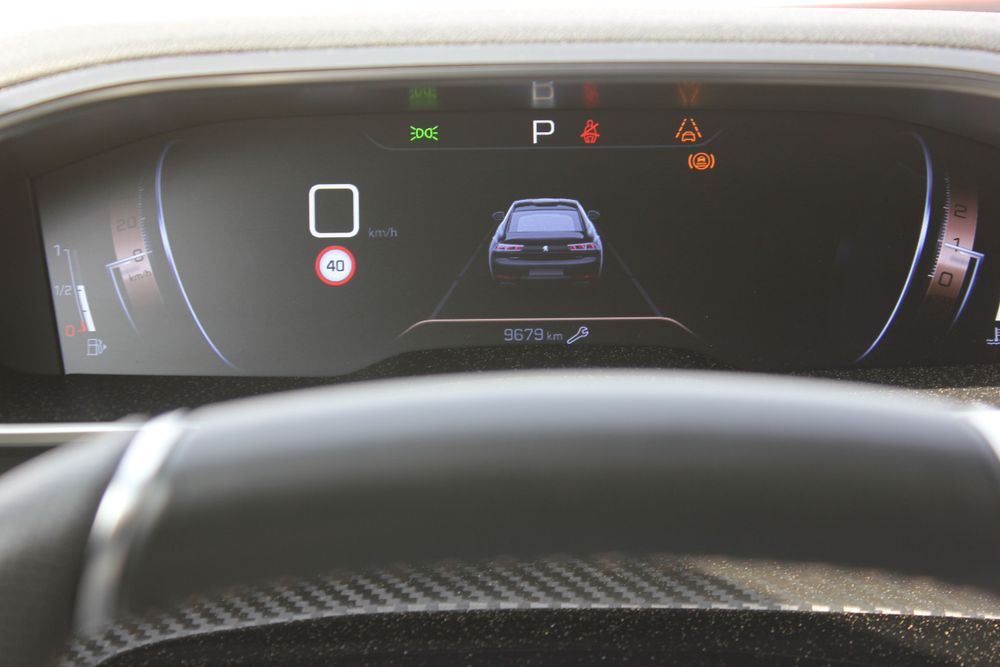 Distance Alert: Constantly monitoring the vehicle ahead, the distance alert feature detects if the driver is too close to the vehicle in front and notifies them with an audible and visual alert. This feature aims to avoid a collision or at least reduce its severity if it is in unavoidable.

Automatic Emergency Braking: Capable of operating at speeds of up to 140km/h, the automatic emergency braking uses video and radar to scan the environment and prevent an impact or reduce its consequences. The best part about it is that it can detect vehicles, as well as pedestrians and cyclists in the day and at night. 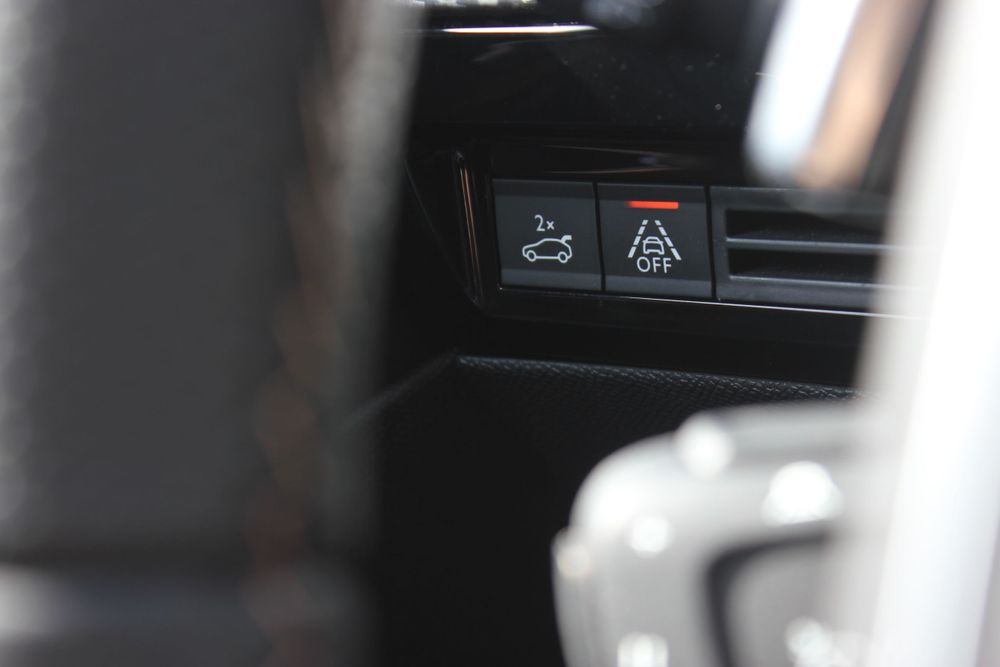 Active Lane Departure Warning: Completing the 508’s suite of safety features is an active lane departure warning system that recognizes solid or broken road markings and automatically corrects the car’s trajectory through the steering wheel before involuntarily crossing the lane or the edge of the road. Staying in its lane and avoiding accidentally swearing into oncoming traffic, the 508 keeps its occupants and all those around safe too. 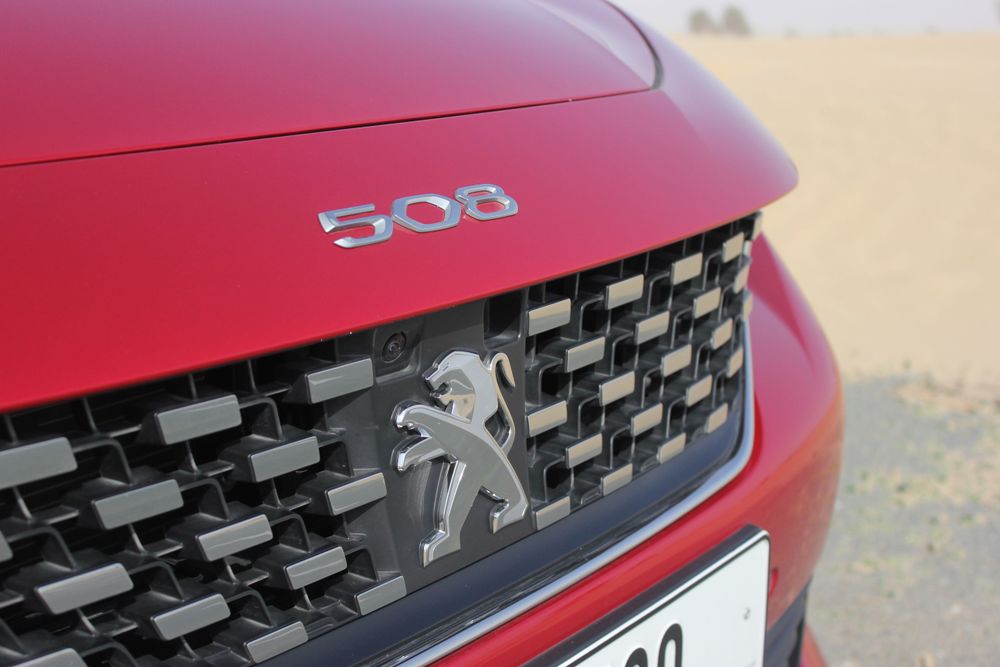 All in all, the Peugeot 508 is a premium sedan that offers plenty of features to keep its occupants comfortable, entertained and safe for every journey life takes them on.