The Coolest Cars at the Geneva Motor Show 2019

International motor shows are one of the most exciting and intriguing places for car enthusiasts all over the world. They take place every year and the events are at the cusp of the latest happenings in the world of automobiles. One of the most famous and oldest of these is the one that takes place in Geneva, Switzerland. Today, we will look at the top coolest and genuinely outstanding crowd stealers from the 2019 Geneva Motor Show. 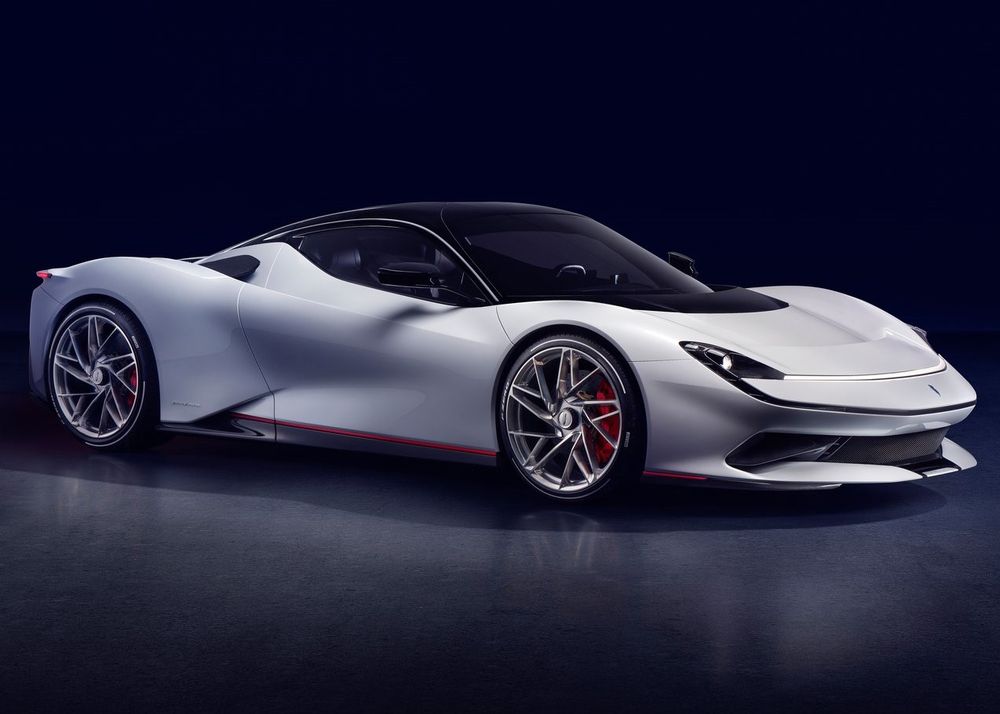 One of the most breathtaking and awe-inspiring cars at the 2019 Geneva Motor Show is the undeniably gorgeous Pininfarina Battista. This all-electric, all-wheel drive supercar hails from the same design house that gave the world some of the most beautiful and elegant sports cars – Pininfarina. Their first all-electric supercar from this exotic marquee, the Battista holds the title of the most powerful road going car to hail from Italy.

With four electric motors, one behind each wheel, the Pininfarina Batista also boasts of a 120 kWh battery pack sourced from Rimac. The combined effect of these results in an astonishing 1,900 hp and a mind-boggling 2,300 Nm of torque! Weighing no more than a few large haystacks, the Battista can accelerate from naught to 100 km/h in just two seconds, and hit a supercar-worthy top speed of 350 km/h – not bad considering its 450 km maximum range on a single charge. Also, only 150 pristine examples will be made once production commences in 2020. 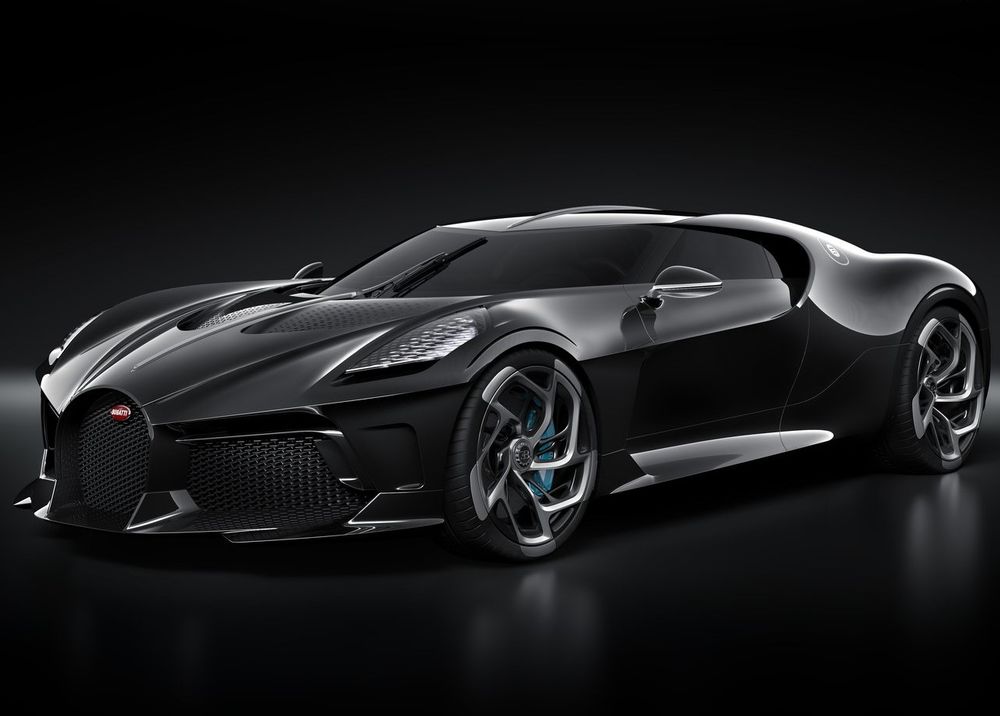 Holding the title of the most expensive new car ever sold is the astonishingly cool Bugatti La Voiture Noire. Costing an eye-watering 11-million euros (before taxes), there’s only one of these in the whole world. And it has already been spoken for. Built to pay tribute to the French brand’s exquisite Type 57SC Atlantic from the late 1930s, the La Voiture Noire is truly one of a kind.

Powered by an 8.0-liter quad-turbocharged W16 that’s also found in the Chiron, the Bugatti La Voiture Noire brings to battle almost 1,500 hp and a mountain-moving 1,600 Nm of tug. There are six exhaust pipes and a comprehensive rear diffuser just for added measure. The La Voiture Noire is capable of achieving a top whack of well over 400 km/h, while the run from 0-100 km/h should be dealt with in less than 2.5 seconds. 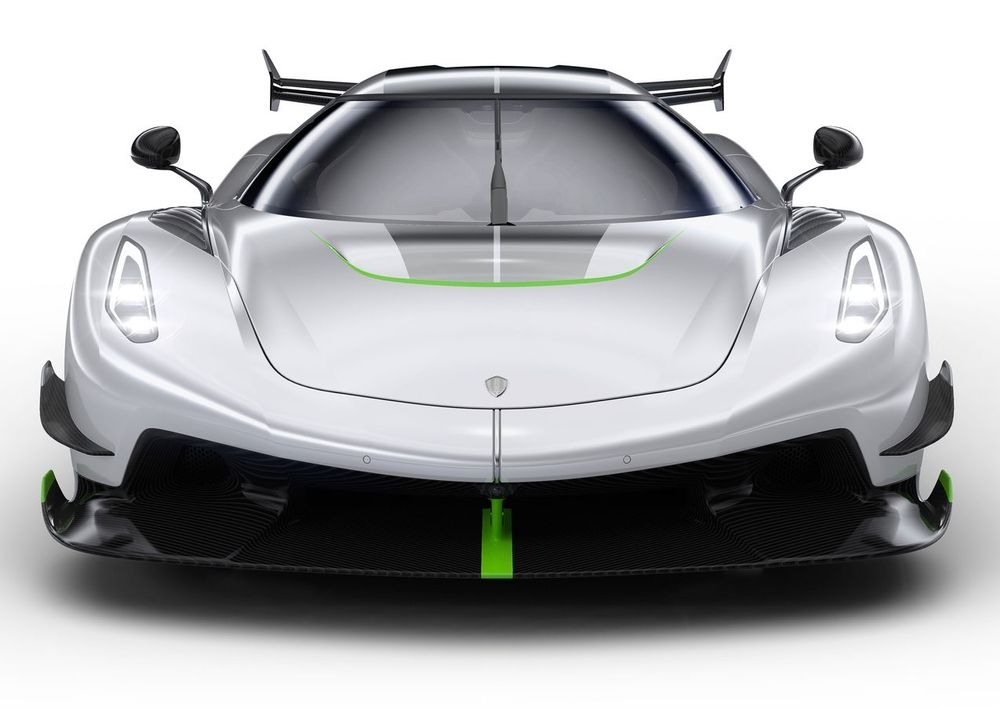 If there’s one company that you can bet on to up the stakes in the realm of the hypercar, it’s Koenigsegg. The Swedish carmaker has been at it for years and with each model, they keep raising the bar and the level of crazy. Meet the latest member of this clan – the mental-looking Jesko.

Named after Christian Von Koenigsegg’s father, the Koenigsegg Jesko is well and truly a beast! Its reworked 5.0-liter twin-turbo V8 churns out even more horsepower than the Bugatti (1,600 hp vs 1,500 hp). Utilizing a high-tech dual-clutch gearbox (quite hilariously named ‘Light Speed Transmission’), the Jesko can hurtle you to 100 km/h in a smidge over 2 seconds, while top speed is in excess of 430 km/h. Expected to cost north of 3-million dollars, Koenigsegg will only build 125 units of the Jesko. 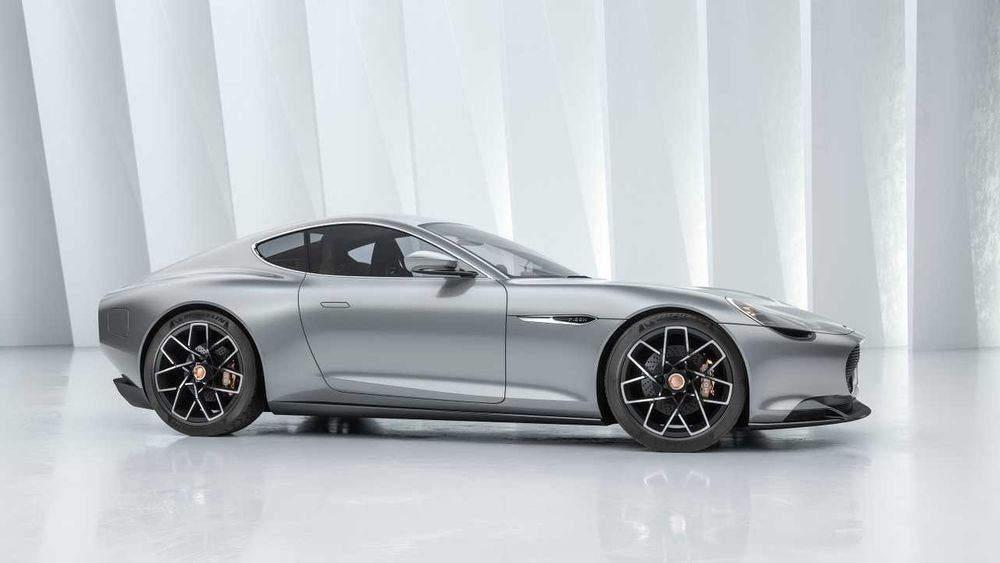 Among the scores of beautiful coupes at the Geneva Motor Show, one of the most interesting and sophisticated has to be the Piech Mark Zero. This all-electric coupe incorporates an all-new battery cell technology along with a state-of-the-art modular design. This modular concept means that the Mark Zero’s various hardware and software components can be exchanged and upgraded over time.

The Piech Mark Zero’s revolutionary battery technology translates into a theoretical maximum range of 500 kilometers on a single charge. Also, unlike several EVs that take hours to charge up, the brilliance of the Mark Zero’s batteries means that they can be charge up to 80% in less than 5 minutes! This is because these batteries do not heat up as quickly and excessively as many of the other ones that are currently available in the market. Because of this, Piech has been able to do away with heavy and complex cooling systems in exchange for a simpler and lighter air-cooled one.

The svelte, two-seat coupe gets its power from three electric motors – one mounted on the front axle, the other two behind each of the rear wheels. Working in tandem with each other, these motors whip out over 400 horsepower, combined. This makes the Mark Zero capable of breaching the 100 km/h mark in just over 3 seconds, while its claimed top speed is 250 km/h; which isn’t as impressive as that of the Pininfarina Battista, but really not that shabby either. 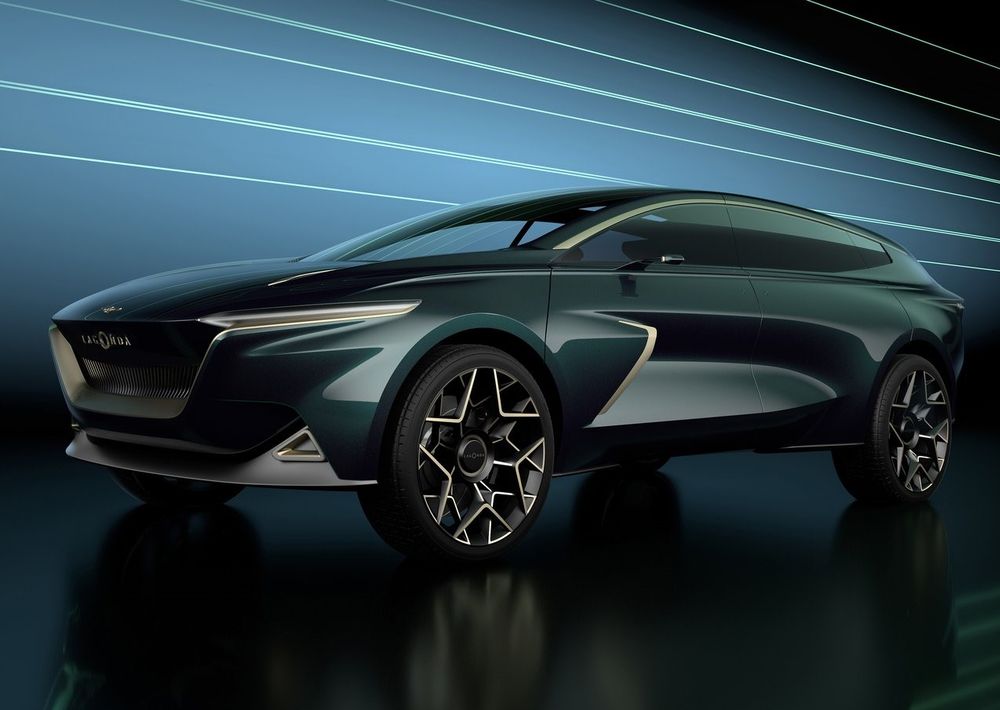 One of the more interesting and polarizing vehicles at the Geneva Motor Show this year has to be the Aston Martin Lagonda All-Terrain Concept. With its uniquely eye-catching exterior and interior design, the Lagonda All-Terrain Concept is not a subtle piece. This luxury SUV is built around an all-new, all-electric platform that it shares with last year’s Lagonda Vision Concept. Also quite interesting is the fact that the British luxury carmaker has not only brought back the Lagonda name tag, but also introduced an SUV Lagonda!

Being an SUV, the Lagonda All-Terrain Concept stands taller than the Vision Concept. Also, being a Lagonda means that you see the trademark ‘Lagonda’ rear-hinged doors. The intelligent LED headlights and taillights incorporate an indirect beam illumination type of technology, thus reducing chances of glare for pedestrians or oncoming vehicles. Its vast exterior proportions also equates to a cabin that has more room than you would ever need for four occupants.

The high-tech yet minimalistic interior space features futuristic driver controls and a massive glass roof. The quirky center console integrates an electro-magnetic cushion to ‘hold’ the All-Terrain’s key fob in place. Awesome! Also quite cool are the rotating front seats. This means that you can actually face the rear passengers if you fancy a chat on those long, boring drives. This Aston Martin Lagonda SUV is expected to enter production somewhere in 2022. 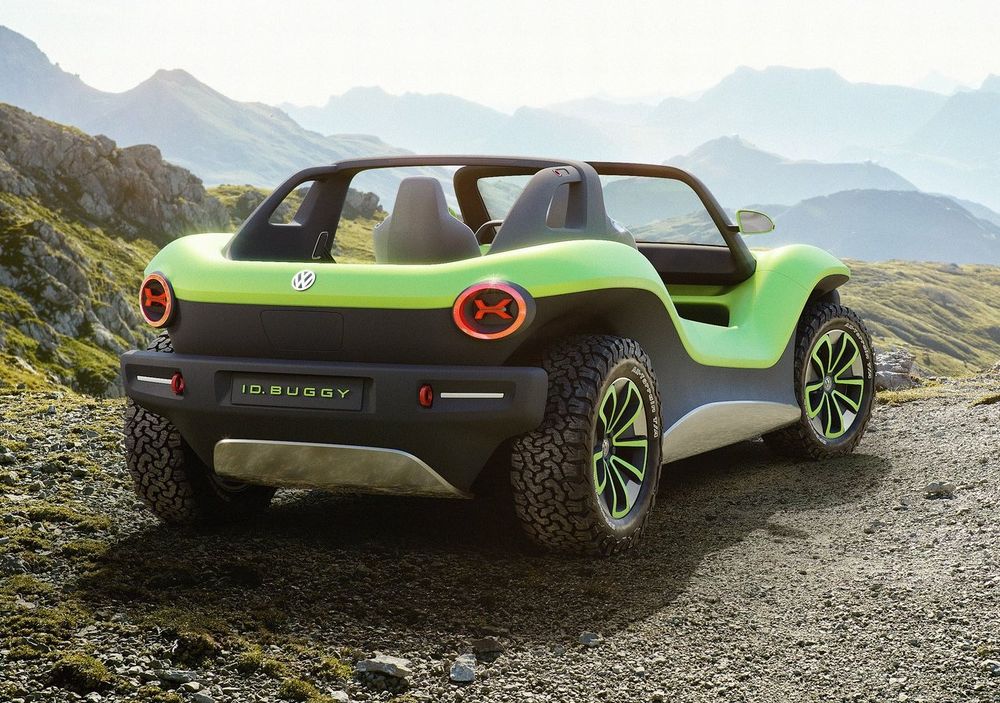 Undoubtedly one of the coolest and funkiest cars at the Geneva Motor Show has to be the Volkswagen ID Buggy. If you miss the fantastically awesome VW Buggies from the 1960s and ‘80s, but wanted a cleaner, greener and newer iteration of it without losing its retro charm, worry not. Because that’s exactly what Volkswagen has done with the ID Buggy concept.

The Volkswagen ID Buggy is built on the company’s modern MEB platform, and is thus, all-electric. This new-age Buggy houses a relatively small yet effective 62 kWh lithium-ion battery, which is directly integrated into the platform along with a single electric motor. This battery allows the VW ID Buggy to have a maximum effective range of around 250 kilometers. Meanwhile, the compact electric motor generates 201 hp and a punchy 309 Nm of torque. Combined with its lightweight construction, the rear-wheel drive, two-seat Buggy can hit 100 km/h from standstill in 7.2 seconds. For safety reasons, Volkswagen has capped the ID Buggy’s top speed to around 160 km/h. I really hope VW actually puts this fun and charming EV into production.