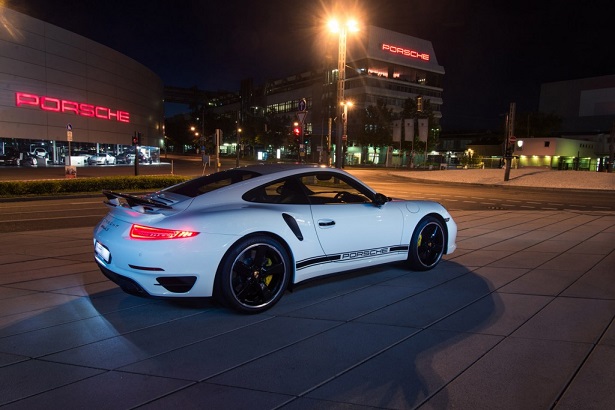 Porsche Exclusive – the customization wing of Porsche – has unveiled a special edition of 911 Turbo S just for the UK market. This model is called the 2014 Porsche 911 Turbo S GB Edition.

The car is made to celebrate the 40 years of 911 Turbo in UK. Only 40 examples are to be produced and available to order. The cost of such exclusivity – $257,600 – and customers receive a car cover and photo album explaining the whole production process in addition to some design sketches.

The highlights of this car include: