The new Renault Duster does what it says on the tin. It drives well, handles well, it has a limited number of fancy accessories from which the lucky owner can choose, and the price stays well in the vicinity of 55,000 AED.

For some inexplicable reason, the 4 x 4 version of this car is not registered as a demo car and so we only had the 4 x 2 version available to test drive. Hence no definitive analysis of off-roading capabilities can be ascertained.

Anyhow, we took the 4x2 (2WD) PE mid range model (automatic 4 speed gearbox) for a spin, and here are some key observations:

With 475 litres of boot volume – 1636 litres with the rear bench seat down – the Duster has a reassuringly useful quantity of space. After all, you want to get proper use out of a vehicle this size. With the front passenger seat down, there is around 2.65 metres of length to transport long items (surfboards, tent poles, whatever takes your fancy). Having driven it around a few wiggly roads and rougher terrain, we concluded that there is a comfortable amount of space for 5 adults, with plenty of leg room for taller passengers. 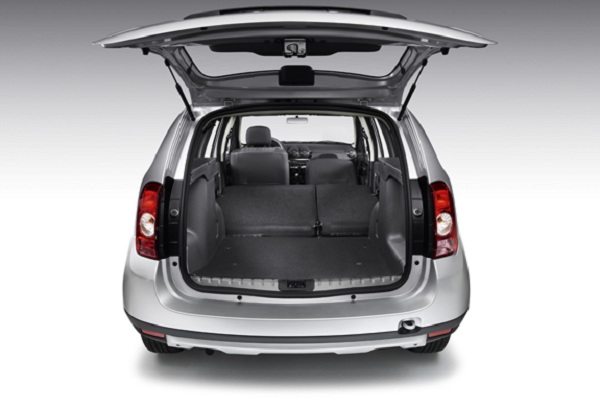 With its grey carbon fabric seats, and moulded plastic (largely) interior, this particular model isn’t the classiest of all the options. The better the model, the more attractive the interior (true of most cars). At this level there are a lot of hard plastics and the colour scheme isn’t the most inspiring, although it has some flashes of colour on the upholstery.

There are some interesting placements of various buttons and controls, which could be interpreted as ergonomic. For example, the automatic windows and door locks are placed on the front panel which we found to be useful and refreshingly user friendly. Audio controls, door mirror controls … the placement for both is odd, but neither of these you are likely to need in an emergency.

The seats were spacious and comfortable, with enough give on the rougher roads to ensure that your rear doesn’t become numb, but with plenty of support in the back. In fact, this SUV has the comfort of a sedan and we would imagine is pretty good for long drives on both good and questionable roads.

The Renault Duster is large but light, with a good ground clearance of around 205mm, making it a tall vehicle too. However, its lightness – this model at 1205 kg – makes it quite agile and encourages easier handling, unlike some heavier SUVs of similar heights. It took sharp bends well and even this 2WD version has good capacity for off-roading (to an extent) and rough terrains, largely due to its ground clearance and approach and departure angles of around 30 degrees. 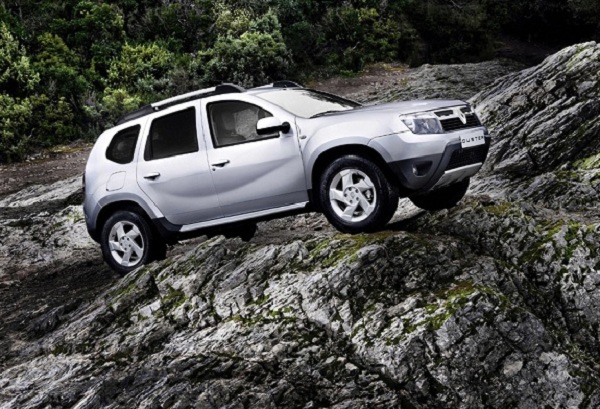 At 50,000 AED starting price, this SUV is cheaper than a basic Toyota Yaris hatchback, which is a very good price for an SUV. You wouldn’t expect quite as much for your money, but you do get quite a lot out of the Duster. There may not be so many accessories (though there are some) but you get a very comfortable, fit-for-purpose SUV with mainly well thought out design. The jury’s still out on the ‘ergonomics’ but it doesn’t take long to get used to the quirks of any vehicle. Suitable for daily use, long drives, and full on family usability, it also comes at a sensible family price. It’s a winner.