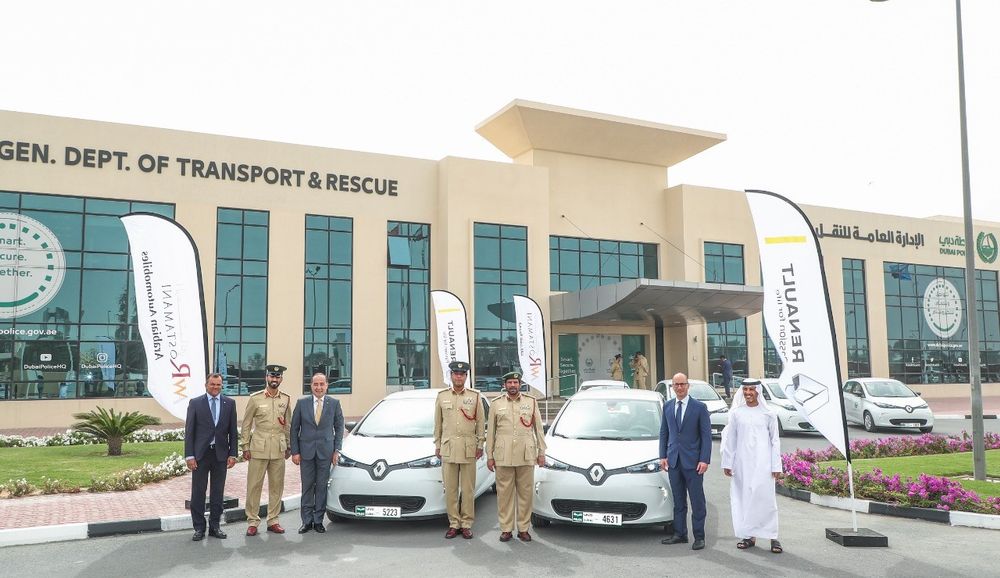 The world-class Dubai Police fleet has been extended with a new addition to its line-up. Not a million Dollar supercar nor a one-off exclusive SUV, instead it’s Renault’s cheap and cheerful electric vehicle, the Zoe that has been added to the fleet.

In an announcement made earlier in the day, Dubai Police said it has added not one, two, or three but thirteen Renault Zoe’s from Arabian Automobiles, the flagship company of the AW Rostamani Group and the exclusive dealer for Renault in Dubai, Sharjah and the Northern Emirates, to its patrol fleet.

The collaboration between Dubai Police and Arabian Automobiles is in line with the UAE Vision 2021 National Agenda which focuses on improving the quality of air and promoting sustainable development. It also underlines the commitment of Dubai Police to promote green and eco-friendly initiatives.

If there was one car you’d suggest Dubai Police to add to their fleet, what would it be?

MG introduces EZS all electric SUV in the Middle East