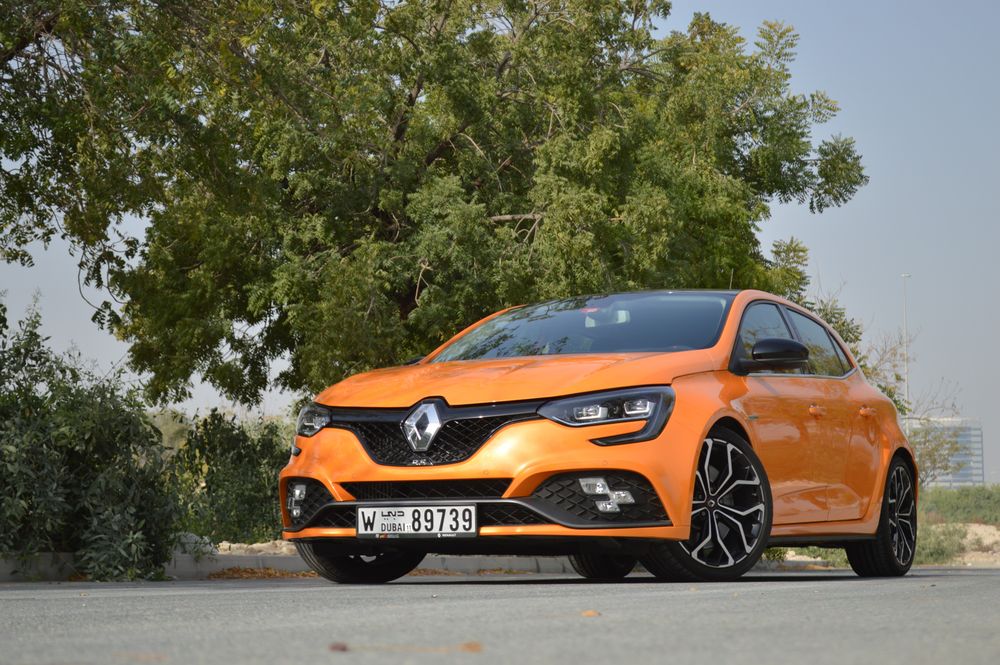 The Renault Megane is a good-looking car. The Renault Megane GT is a better-looking car. But this Renault Megane RS is undoubtedly the best-looking of the lot. It’s lower and wider than the model it is based on and it looks spectacular, there simply is no other word to describe it. The Tonic Orange color is as iconic to the brand as is red to Ferrari or blue to Subaru and does make the beautiful curves and creases along the bodywork stand out even more.

Being an RS model, careful attention has been paid to the styling and it brings together form and function with the front blade borrowed from the brand’s Formula 1 car, fog lights mimicking the Renault Sport logo, broader fenders to accommodate the wider track, functioning side extractor vents, a wide lip spoiler for greater downforce, and a gorgeous center mounted exhaust. It’s beautiful and it will leave you speechless. 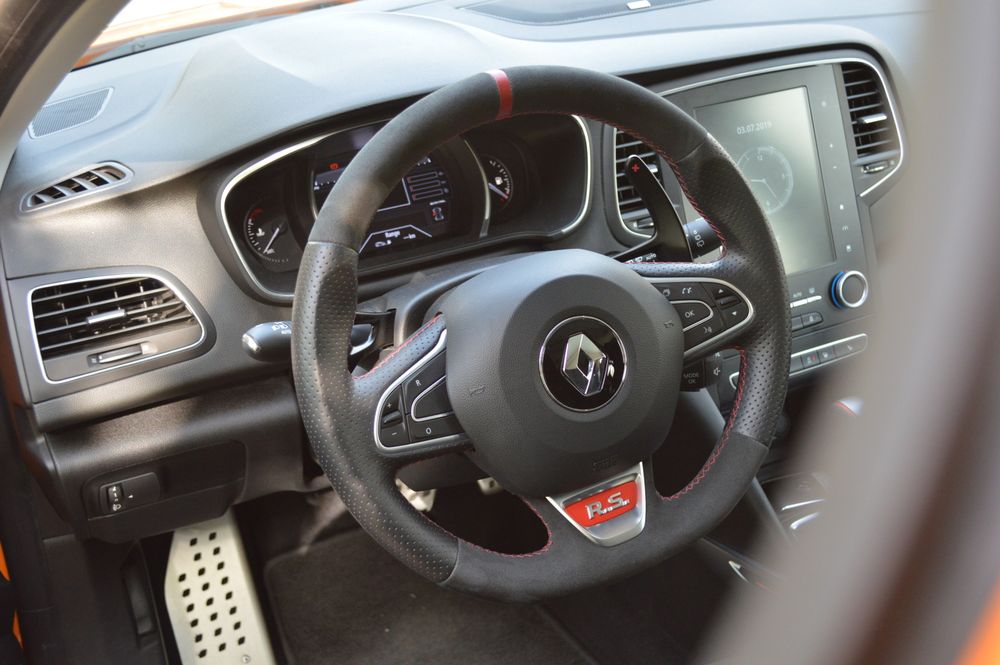 A racecar for the road, the interior of the Renault Megane RS is simple and decked out in three distinct materials: Carbon Fiber, Alcantara, and Leather. The bucket seats are supportive and super comfortable, with aluminum pedals, red stitching, and large column mounted paddles adding to the excitement of it all. It makes you want to drive, and I’m sure that’s exactly what they were going for. 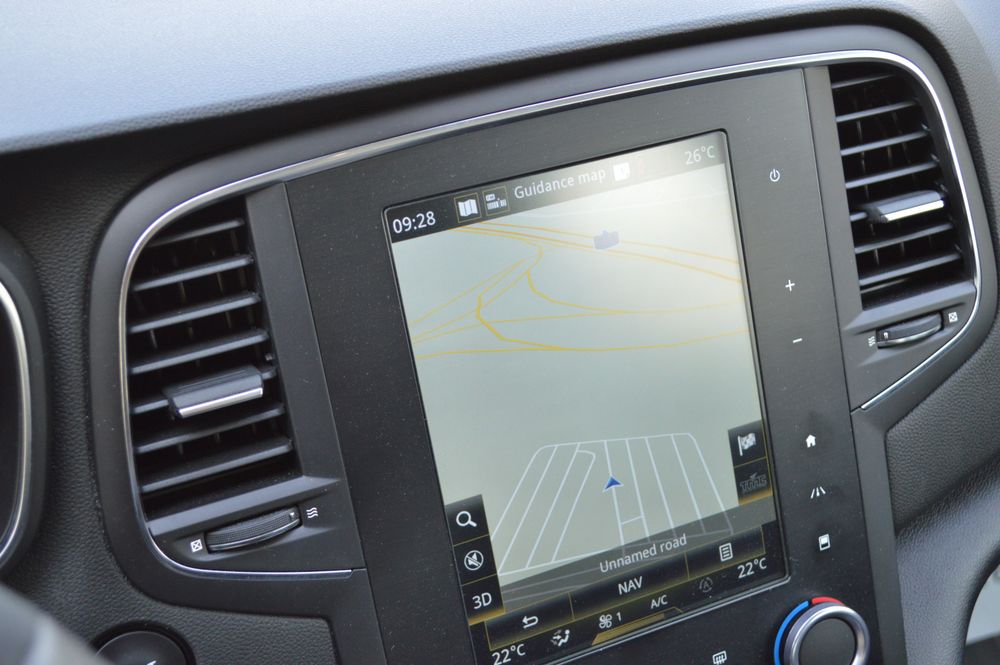 Much like the standard Megane, the RS is packed to the brim with technology. It’s got a Tesla-inspired 8.7-inch touchscreen, an 8-speaker Bose sound system, automated parallel and perpendicular parking, blind spot monitoring, sunroof, navigation and a whole lot more. What it doesn’t have are creature comforts such as adaptive cruise control, massaging seats, and wireless charging, but then if you’re going to complain about things like that, you’re probably not part of the RS’s target audience. 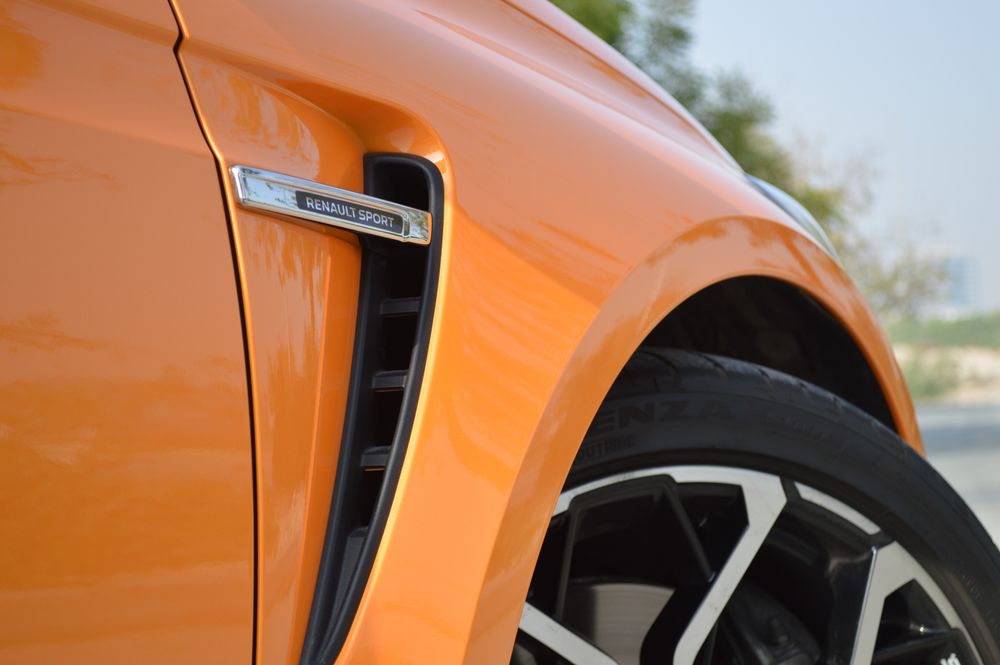 280 horsepower and 390 Nm of torque, those are figures that you’d tend to associate with a large 3.5-liter V6, but Renault’s glorious engineers have managed to squeeze that power out from a tiny 1.8-liter turbocharged 4-cylinder engine. That is an achievement worth celebrating and believe me, there’s plenty more.

A proper hot hatch, the Renault Megane RS makes driving fun and engaging, and it does so in many, many ways. For starters, there’s immense amounts of feedback from the steering wheel and that lets you know exactly what the wheels are up to. It isn’t unnecessarily weighty like most modern cars, and the feedback is comparable to cars that cost four times as much – think Porsche 911.

Adding to the engagement is a 6-speed dual clutch transmission that shuffles through gears faster than a magician through a pack of cards and in doing so the exhaust lets out a combination of high- and low-pitched growls, crackles, and pops, which to an enthusiast is much better than any genre of music out there. 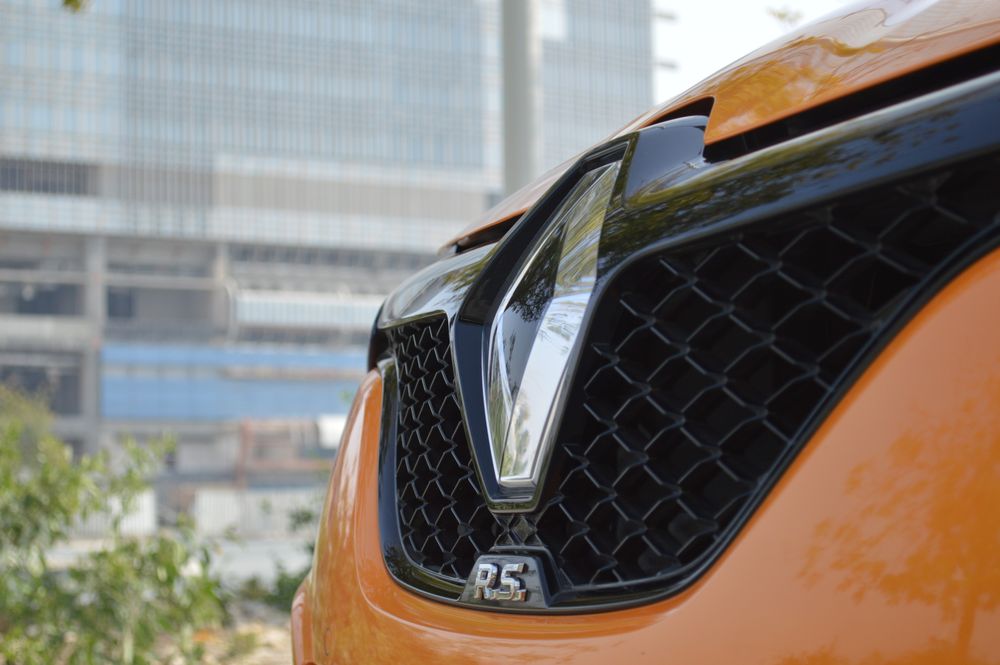 Drive modes come in the form of Comfort, Neutral, Sport, Race, and Personal, with each of them adapting the gearbox mapping, stability control, steering and sensitivity of the accelerator pedal but believe me, after driving in Race mode you really wouldn’t want to drive it in anything else.

Adding to the RS’ exceptional handling and drivability is 4Control, Renault lingo for four-wheel-steering that turns the rear wheels in the opposite direction by up to 2.7 degrees when below 60 km/h and in the same direction as the front wheels by 1 degree when above 60 km/h. It doesn’t sound like a lot, but it makes a world of difference when going around a corner at speeds you definitely shouldn’t be doing.

To track performance and continually better your skill, the Megane RS is also fitted with a RS performance monitor. It’s got plenty of gauges and meters, including a built-in 0-100 km/h timer that is perfect for mastering launches using the launch control system. Pull both the paddle towards you, watch the green flashing lights in the instrument cluster, build the revs, let go of the brake, and hold tight as it catapults you forward to hit 100 km/h in 5.8-seconds. 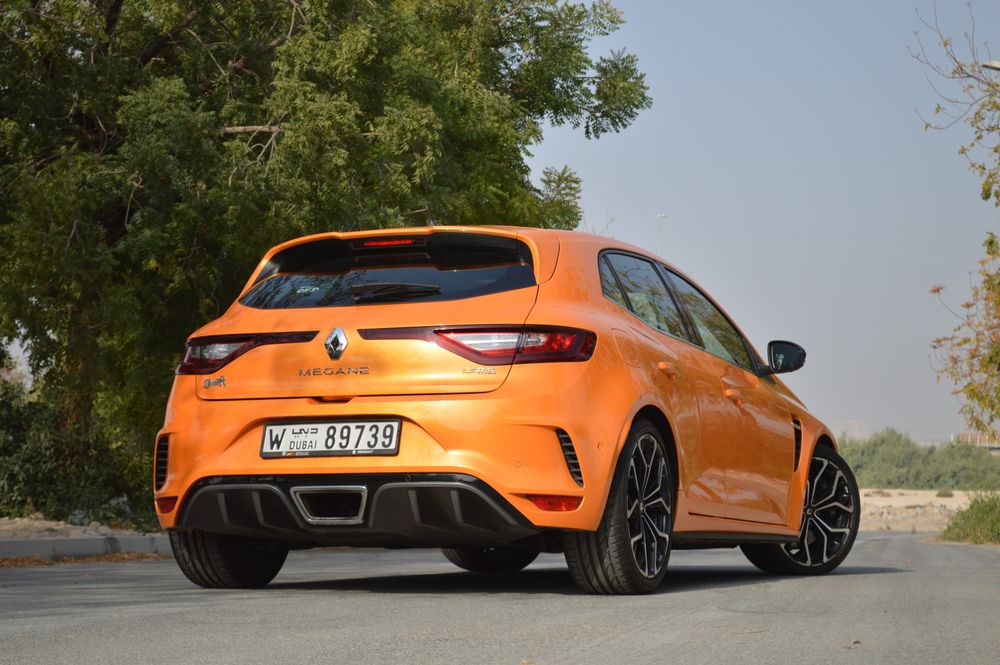 For those in search of hot hatches, options are few and far between. The Megane RS fills a huge gap in the market and is a proper driver’s car in every way possible. At 138,000 Dirhams, which is a whopping 60,000 Dirhams less than the Golf R, it is impossible to fault, and I will say it has won me over. The Megane RS then, is a car I aspire to own and that’s saying something because I’ve never said that before.