The Renault Megane is a C-segment offering that has been a part of the brand’s line-up since 1995. Currently in its fourth-generation, the Megane nameplate has found its way onto the back of hatchbacks, station wagons, sedans, and convertibles in the past, but is out to challenge segment heavyweights such as the Toyota Corolla, Honda Civic, and Hyundai Elantra this time around. 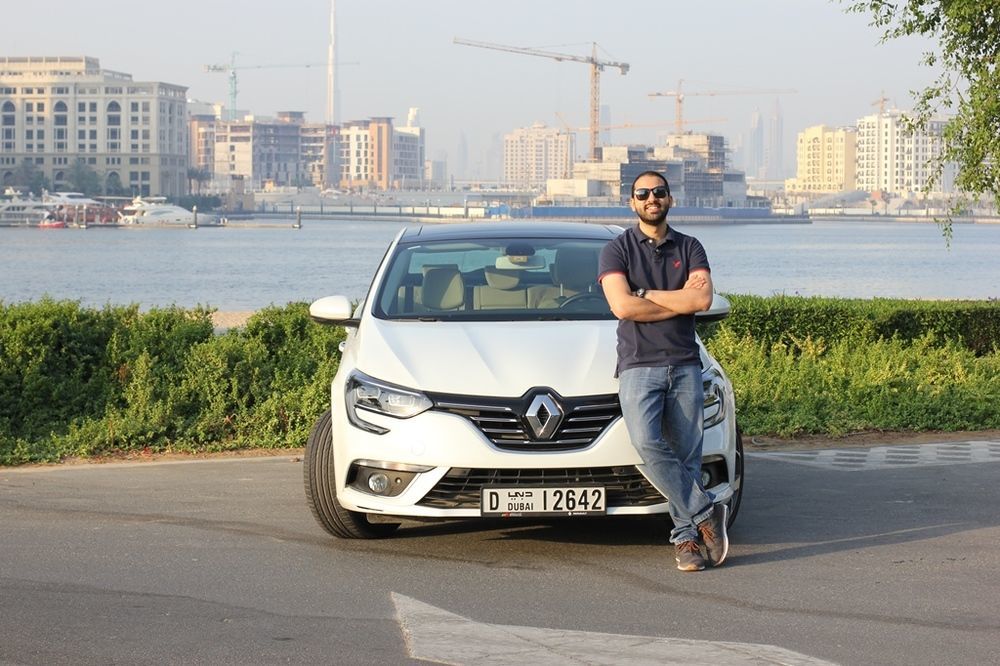 Beautiful, stunning even, the Renault Megane 2018 is worth every superlative that is used to describe it. Arguably its strongest suit, the Megane scores a solid 10/10 in the looks department and undeniably looks far more expensive than it truly is. Borrowing design cues from the Koleos and Talisman, the Megane is distinguishably a Renault but an absolutely jaw-dropping one! On the aesthetic front then, it’s safe to say that the Japanese and Koreans have a lot to learn from their French counterparts. 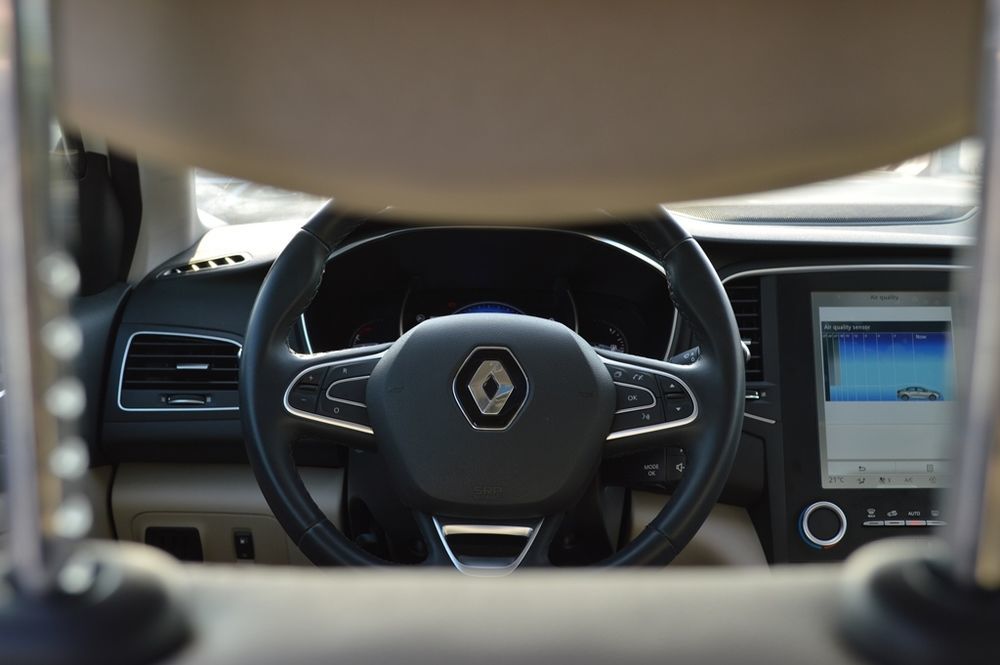 Sat at the opposite end of the impressive-spectrum, the interior is a letdown led by plenty of hard plastics, uncomfortable seats, and a sizeable 8.7-inch touch infotainment screen that lacks overall refinement. Made to suit right-hand-drive markets (such as the UK), the brand’s lazy approach is evident with controls that end up being closer to the passenger than they are to the driver. Worth highlighting is also the lack of rear headroom that pales in comparison to the likes of the Honda Civic and Toyota Corolla. 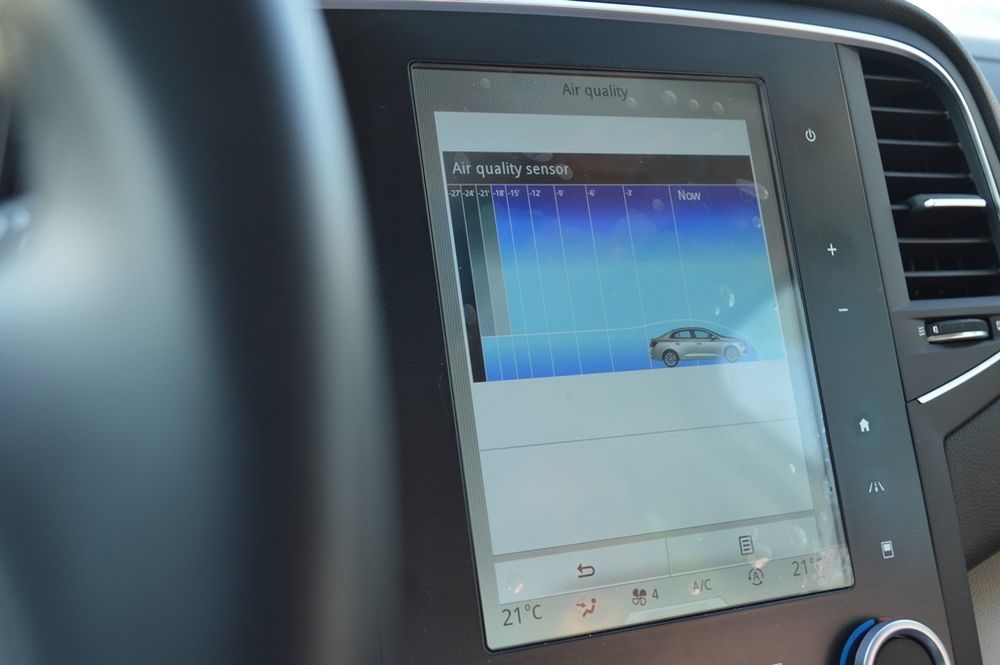 Packing plenty of kit for its relatively affordable tag, the Megane is armed with everything from Auto Parking (which is bound to be a great party trick) and Android Auto to Blind Spot Monitoring and Seat Massaging. Lengthening the spec sheet are also Bluetooth connectivity, ambient lighting, and LED headlamps and taillamps. Although the French sedan forgoes basics such as electric seats in the fully-loaded variant, it is home to some awkward features like an air quality sensor and an indicator volume adjuster?! 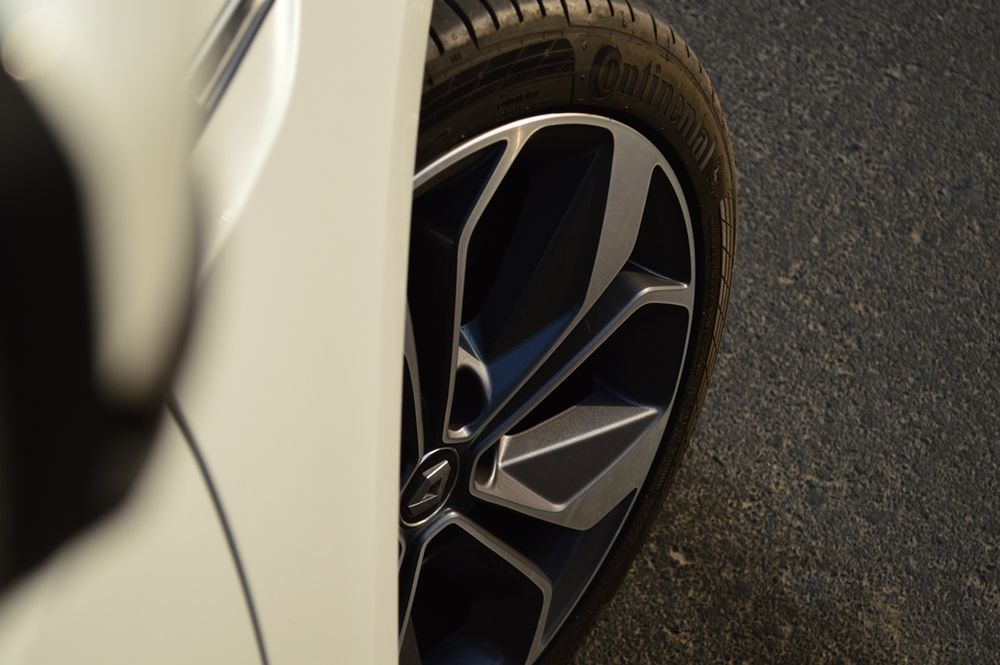 With 115-horsepower and a droning CVT transmission, the 1.6-liter engine that powers the Megane isn’t much to talk about. While the larger 2.0-liter variant is likely to rectify the lethargic reaction of this smaller unit, the 1.6-liter powerplant is a letdown that dampens the overall experience. The CVT transmission – as expected – provides a greater aural disturbance than forward momentum when pushed to its limits.

Although nimble and ready to change direction at a moment’s notice, the Megane isn’t as fuel efficient as it’s claimed to be, averaging nearly 6 kilometers per liter – a figure that is on the higher side when compared to its rivals. Without adequate power, one is forced to strain the engine to get up and maintain highway speeds, leading to a direct and proportional decrease in fuel efficiency. 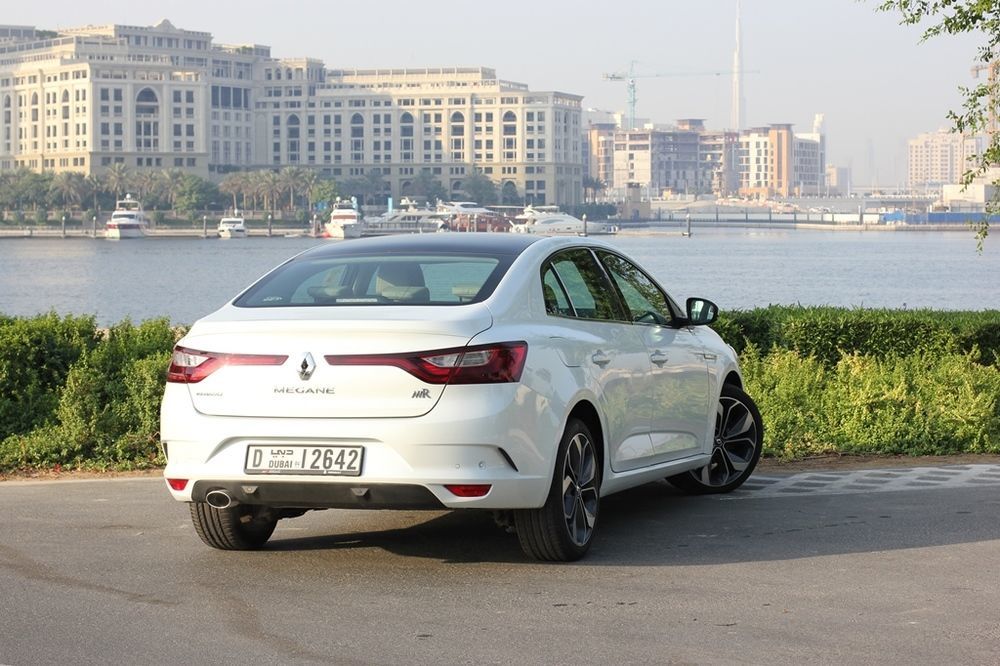 Following in the footsteps of its Korean rivals, the Renault Megane 2018 is a feature-heavy sedan offered at a throwaway price. Mimicking a familiar strategy, the fully-loaded Megane at AED 71,900 is a good car that is letdown by its engine, transmission, and build quality. Value for money, however, it offers an abundance of!

Top 3 Budget SUVs In The UAE