Renault revealed the all-new Koleos recently at the Beijing Auto Show. The SUV is set to be launched worldwide later this year – probably with a 7-seater variant as well. This is Renault’s flagship SUV and rivals the likes of Kia Sorento. This means the Koleos will be above the youthful Captur and Duster. 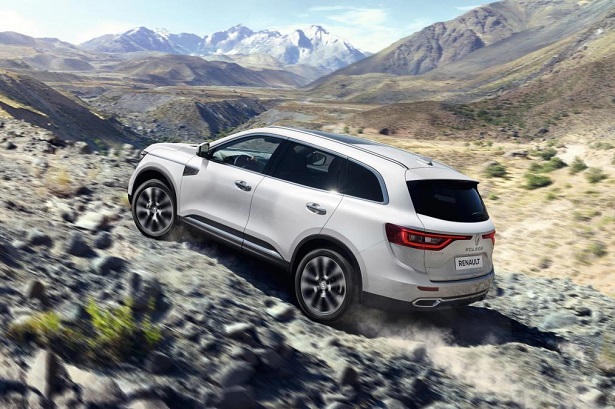 The Renault Koleos is designed to follow the shape and styling of other new Renault models. The C-Shaped LED headlamps are present and then there is that familiar chrome plated grille. However, the Koleos is an SUV as per the designer Laurens van den Acker. He comments: “The challenge was to imagine an SUV that was not only elegant, but also modern and dynamic,” he said. “We accentuated the segment’s familiar cues thanks to taut, powerful, horizontal lines, muscular haunches and high ground clearance”. The SUV stance is prominent by the 213 mm ground clearance which means the SUV can be an all-terrain vehicle. The rear looks like a Megane.

The interior of the Koleos is similar to other Renault models with the portrait touchscreen.  Moreover, you will find leather seats with ventilation and LED interior lighting. There is decent interior spacing as well and the trunk capacity is 624 liters. Other than that, you will find safety features such as lane departure assist, traffic sign recognition, attention assist, parking sensors and rear camera.The 2017 Renault Koleos is based on the Nissan X-Trail. This means the car will be either FWD or AWD. However, the exact specifications of the car will be disclosed when its launched officially in the market.

Check out Car Prices and Specs for Renault Koleos and Competitors