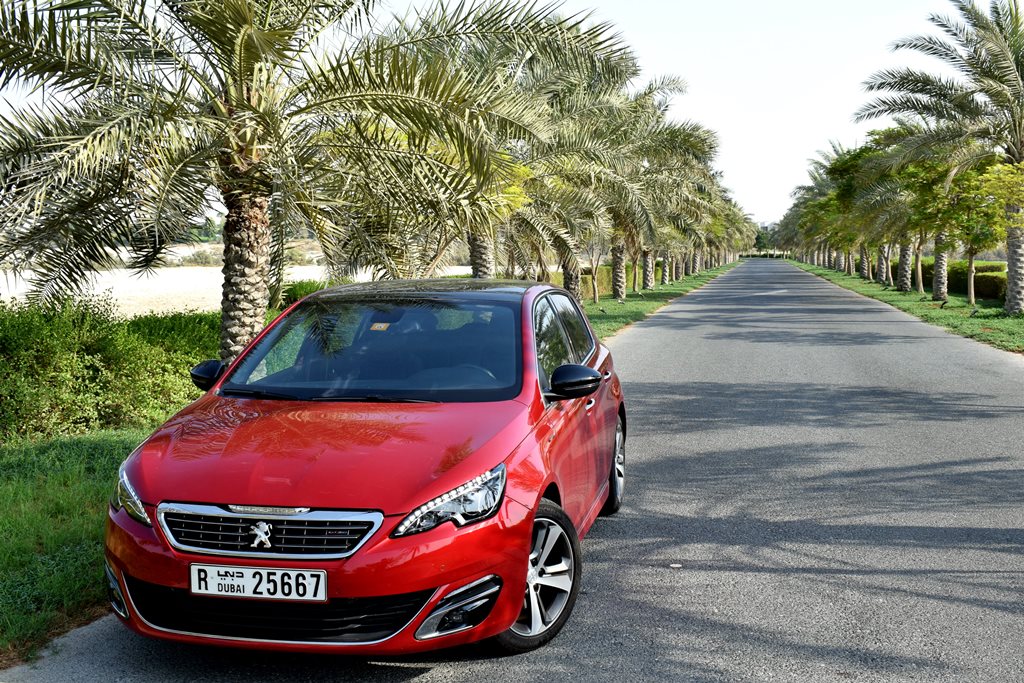 The Peugeot 308 was launched as a successor to the mighty successful 307 in 2008. Currently in its second generation, the 308 finds itself at the receiving end of awards such as the European Car of the Year and the Goldene Lenkrad. Adorning GT Line garb, the French hatchback features several go-faster bits to cement its sporting pretentions and catapult it to the top of the model line-up.

The changes that the GT line brings to the table are evident up front. The brand’s insignia moves from the hood to the front grille, the auto swiveling LED headlamps are made up of 62 LED’s each, and the ride has been lowered by 7mm at the front and 10mm at the rear for a more dynamic drive. 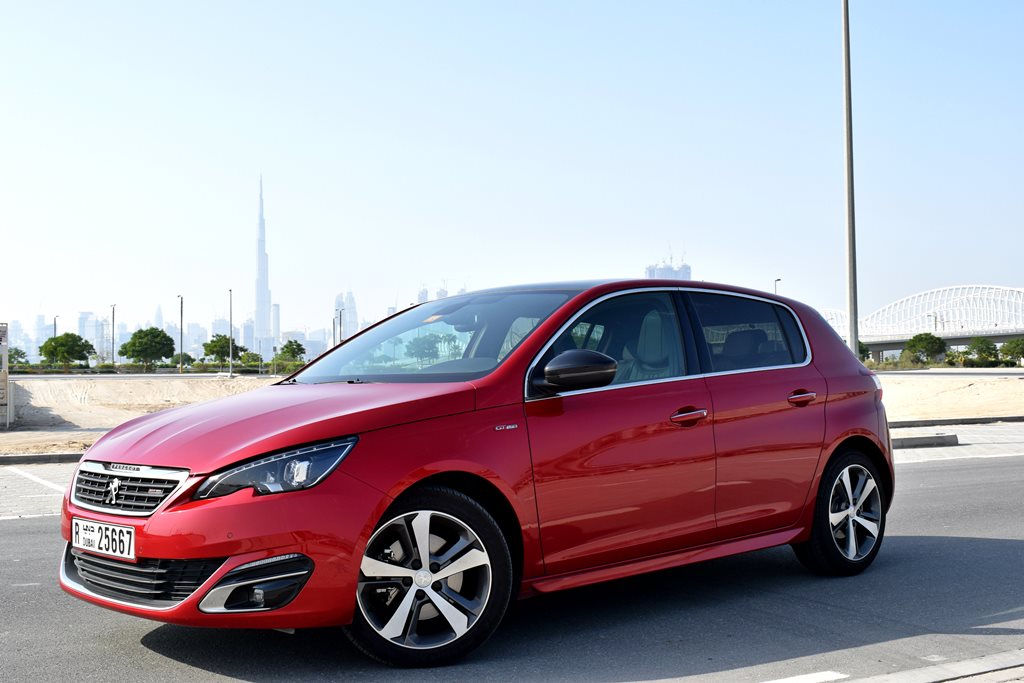 It also has twin exhausts, prominent GT line branding and 18’’ alloys to compliment the sporty look. Add to that front and rear fog lights and a Ceilo panoramic sunroof and it provides plenty of reasons to distinguish its self from the basic 308.

The interior looks and feels great and includes a 3-spoke flat-bottom steering, full leather seats that have a sporty feel to them, and a heads-up display. Peugeot likes to call it the i-Cockpit and we don’t disagree. 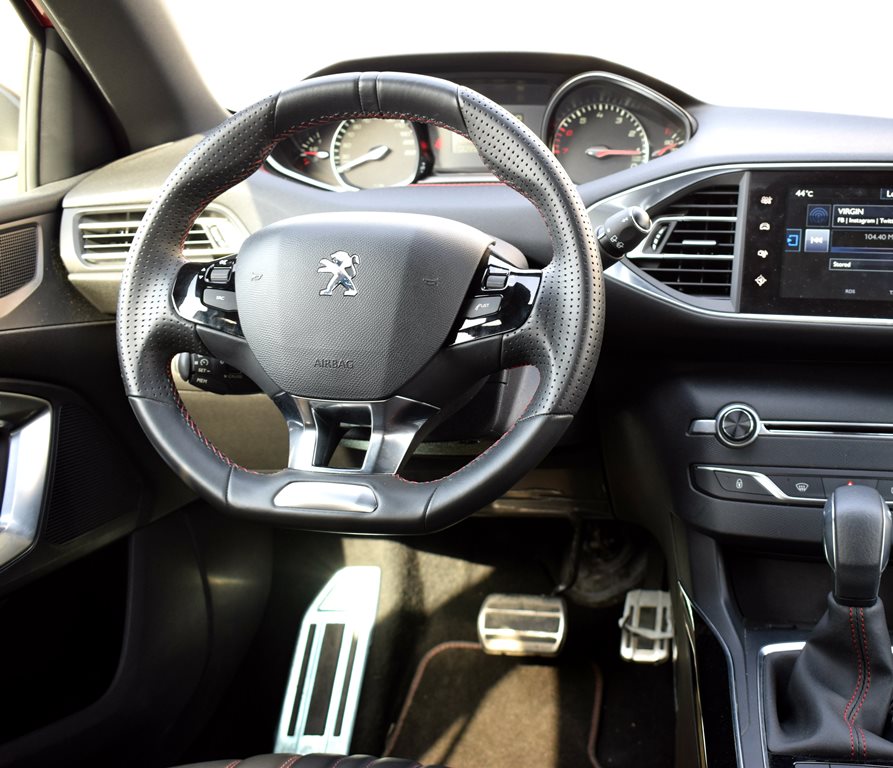 The Red stitching on black leather is everywhere including the doors and it looks and feels great. The interior is top class and includes aluminum pedals and stainless steel door sills. There is also plenty of support and adjustment available for the driver’s seat. There are some reported issues of difficulty in viewing the speedometer if the steering is adjusted too high but it takes some getting used to and should be alright for most people. 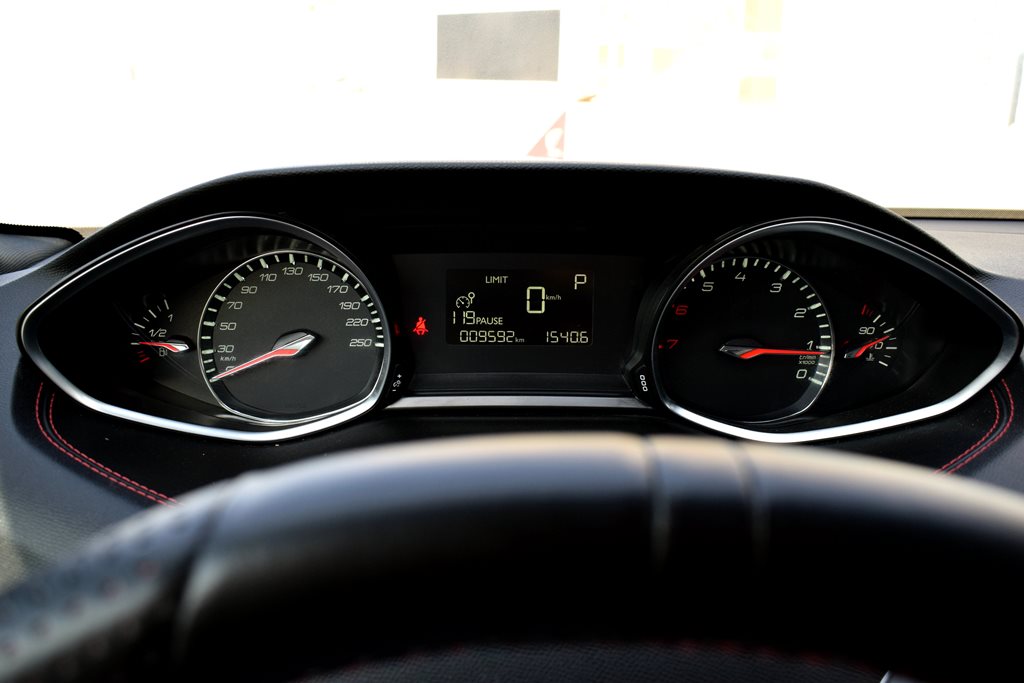 Rear legroom isn’t the best but it’s one of those things you tend to forgive when considering a hatchback. And not all is bad, it makes up for the cramped rear seats with an astonishing 470-liter boot.

The Peugeot 308 GT line 2017 comes with 6 airbags, a rear camera and ABS-EBD-ESP braking system which makes it safe for a family and has received a full five-star Euro NCAP rating for its excellent safety features. Multimedia includes a 9.7’’ touchscreen that includes navigation and has Bluetooth, radio, CD, USB and AUX support complimented by 6 speakers. The touchscreen can be a hassle if you are not stationary and we feel Peugeot needs to improve the software soon. 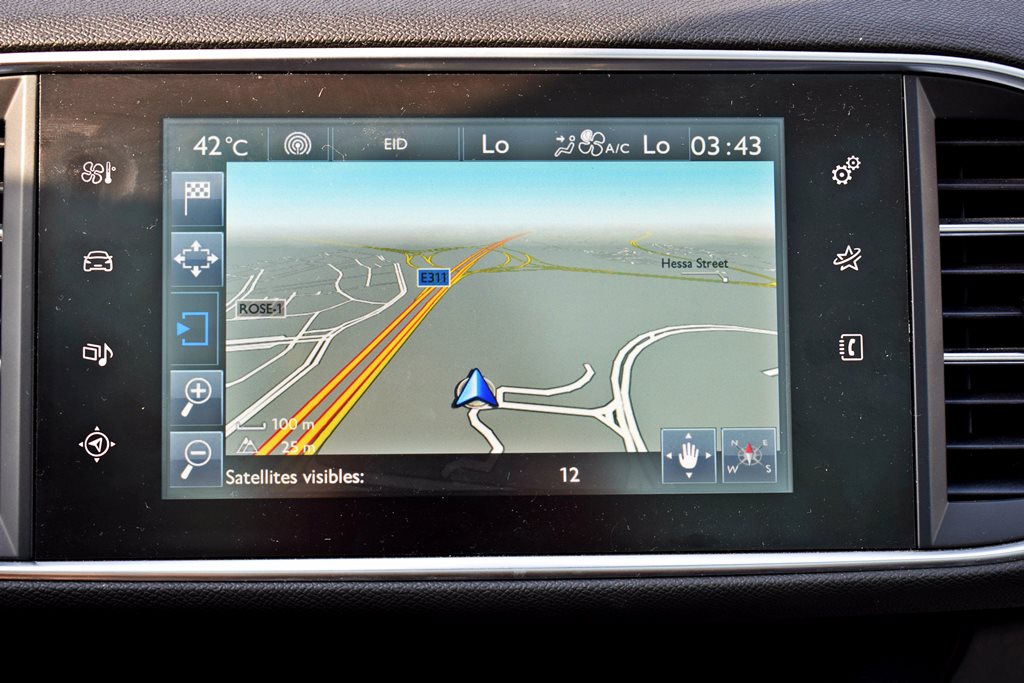 In the nicest of words, the Peugeot 308 lacks grunt. The GT Line, being nothing more than a style pack, doesn’t aid it in this regard and therefore the only solution is to have Sports mode engaged at all times. The sports mode brings a welcome change in acceleration, but the bubbly engine noise can seem just a tad too artificial. 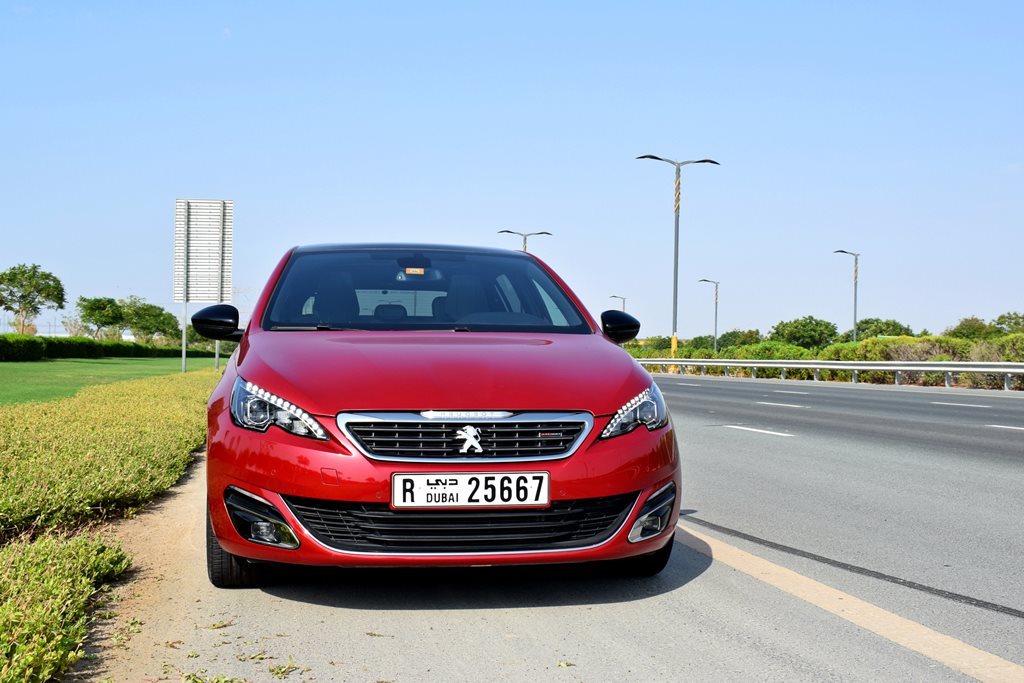 The bigger alloys compared to the regular 308 bring with them more road noise and make the ride just a bit harder. Overall, the French hatchback is equipped with a decently stiff suspension set-up and a good set of brakes.

Priced at AED 104,500, the Peugeot 308 GT Line 2017 competes directly with the likes of the Volkswagen Golf, Mazda 3, and Ford Focus. And while its price tag is a tad higher than its rivals, the bigger issue is that it tends to fall short. 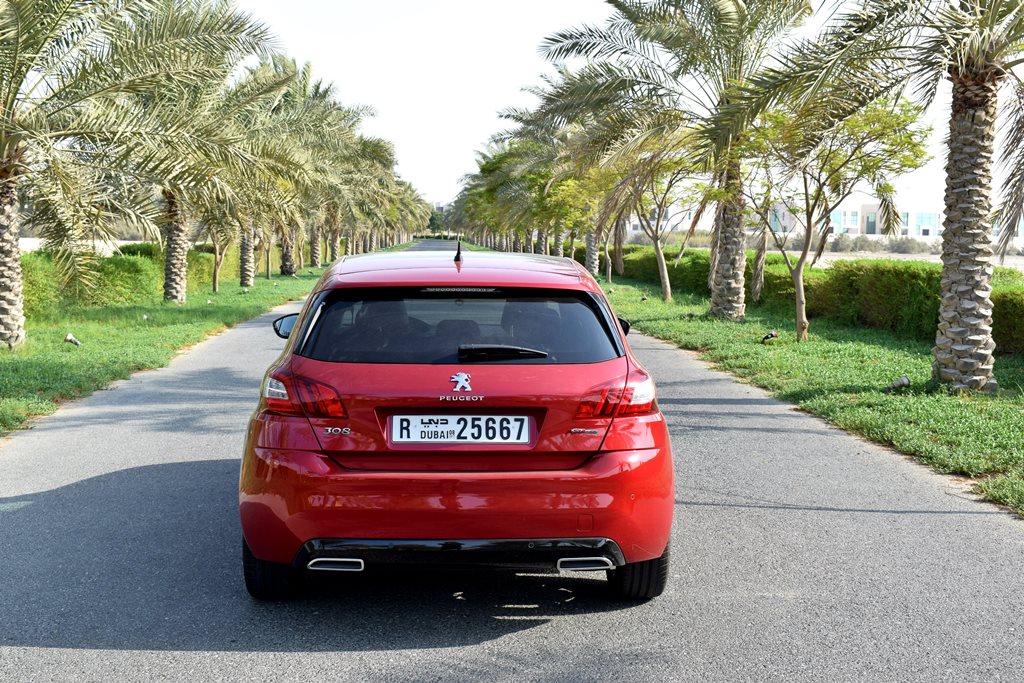 A quick peek into the garage of Donald Trump