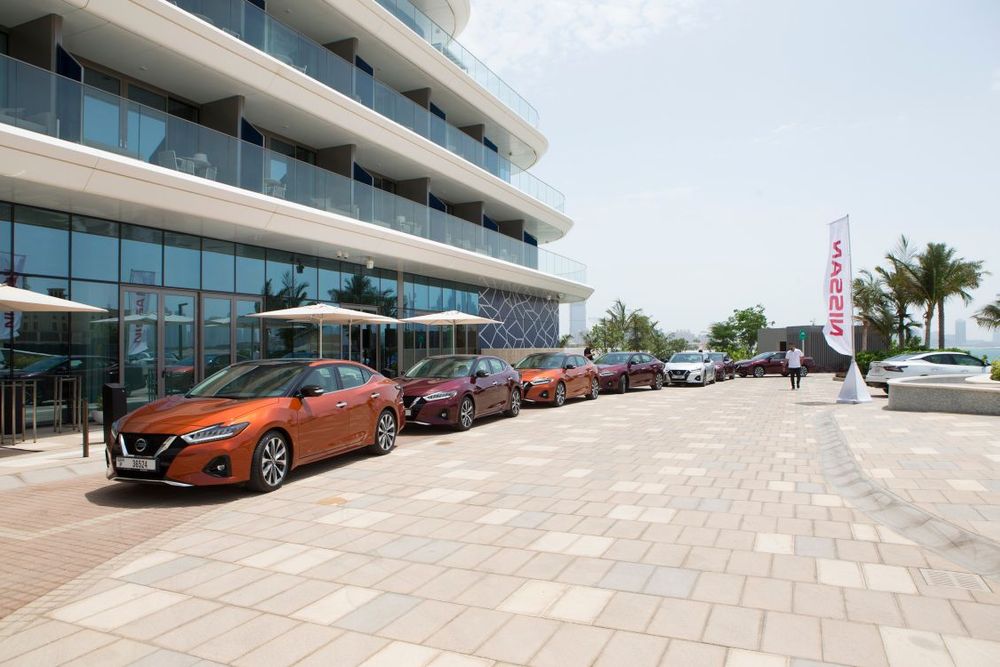 The Nissan Maxima is a car that holds a special place in my heart. Having lived in the UAE for over 25 years, I’ve seen the Maxima earn its notorious reputation on the streets while being the underdog in its class. The affordable sports sedan of its day, the Maxima holds a vivacious history in the Middle East but seems to have lost its way in the past few years.

Held at the newly opened W Hotel in Dubai, the launch event for the refreshed Maxima catered to a mixed audience of lifestyle influencers and automotive journalists and thus involved an assortment of activities. What began with a press conference and walkaround of the car, soon turned into hot laps of the Dubai Autodrome and mocktails at a trendy lounge in a neighboring emirate. 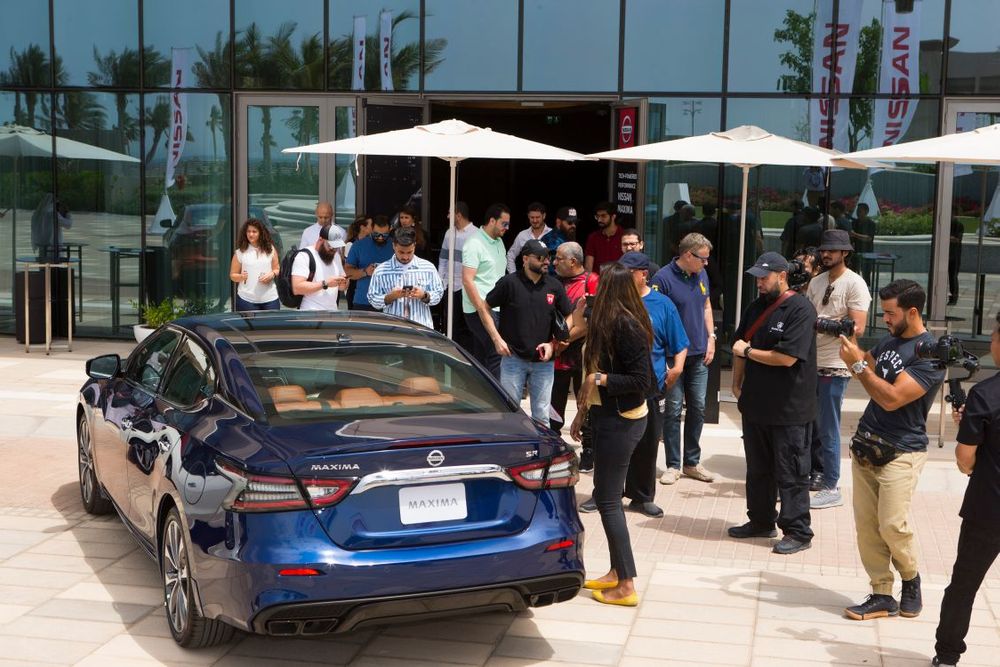 During the walkaround conducted by an executive from the brand’s Middle East office, Nissan was quick to point out that the 2019 Maxima’s mechanicals and dimensions have remain unaltered. Seeing a shift in the popular sedan segment, Nissan also pointed out that the Maxima’s key competitors included the likes of the Chevrolet Impala, Dodge Charger, and Toyota Avalon.

With cosmetic revisions to the exterior and interior, the refreshed model flaunts the brand’s new V-Motion grille seen on the all-new Altima and a sleek set of LED taillights as standard. Adding to its sporting pretensions are a set of quad exhaust pipes (in the SR trim) that add visual appeal but don’t do much in the name of performance, with only two out of four outlets being functional. 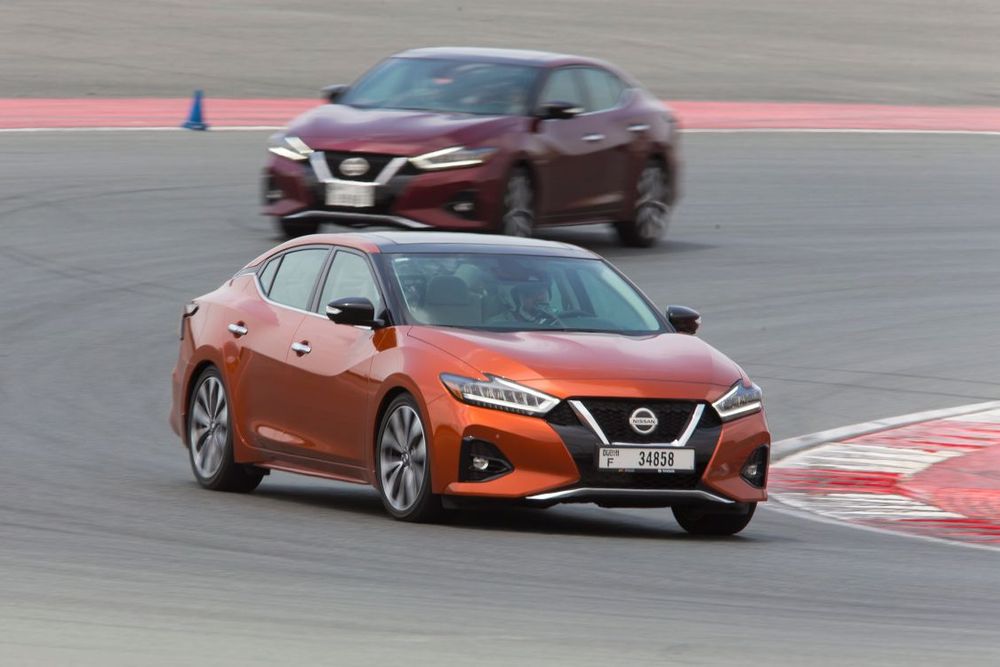 On the inside, the changes are far subtler with the new Maxima rocking a slightly revised infotainment system and a two-tone color scheme (tan & black leather) inspired by the legendary GT-R. While the changes are hardly noticeable, the most pleasant of tweaks is the removal of the tacky ‘4DSC’ (4-Door Sport Car) branding that embellished the gear lever, taillights, and various other elements of previous models.

At the Dubai Autodrome, we were given the opportunity to drive the all-new Maxima around the track and on a short slalom course too. Despite the Maxima feeling out of place on an international race circuit, the track time did allow us to put the family sedan through its paces and experience just how quickly the 3.5-liter V6 is able to channel its power through the CVT transmission to the front wheels. 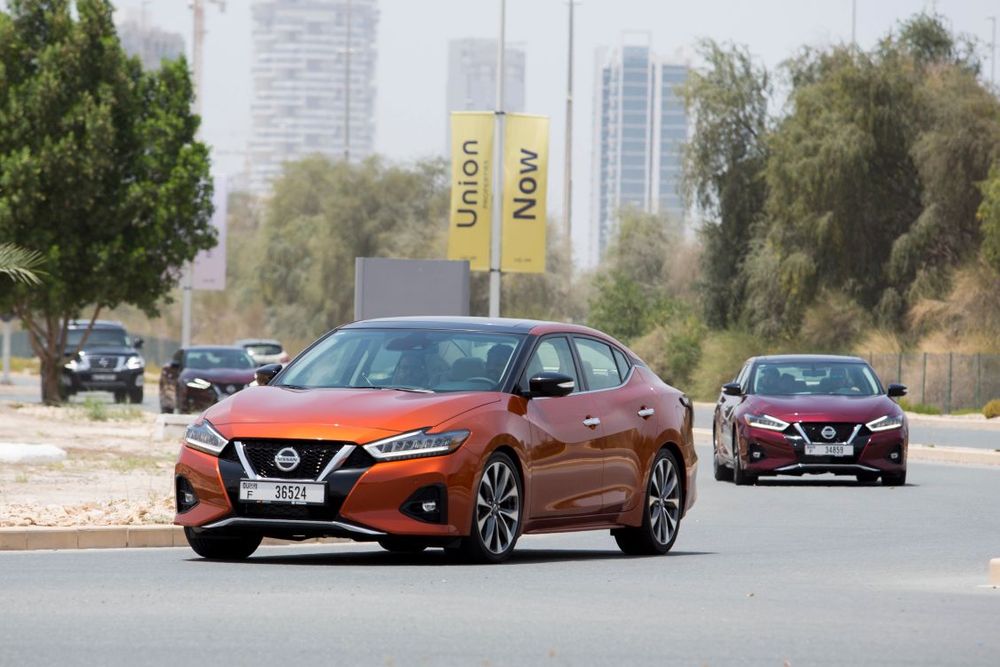 Out on public roads, the Maxima drives as well as one would expect it to. Wind and road noise are barely noticeable and despite the suspension being on the stiffer side of the spectrum, it isn’t uncomfortable in any way. Due to a light steering and great visibility, it is also an easy car to drive and doesn’t require much getting used to. 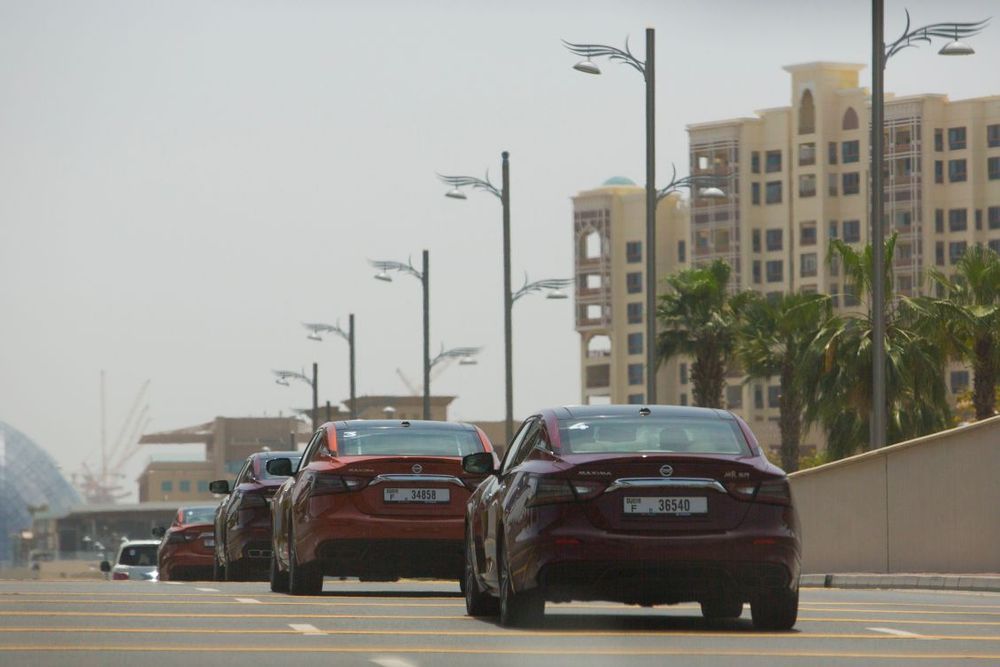 Personally, I like the Maxima. It’s built well, it’s comfortable, and I think it’s a good car. But perhaps it’s time for Nissan to wake up and treat the Maxima like the car it’s evolved into. The ‘sports car’ positioning it’s currently enforcing is inaccurate and fails to see the vehicle mature from its notorious youth. Today, the Maxima is a great all-rounder, a great family sedan and maybe it’s time to accept it.