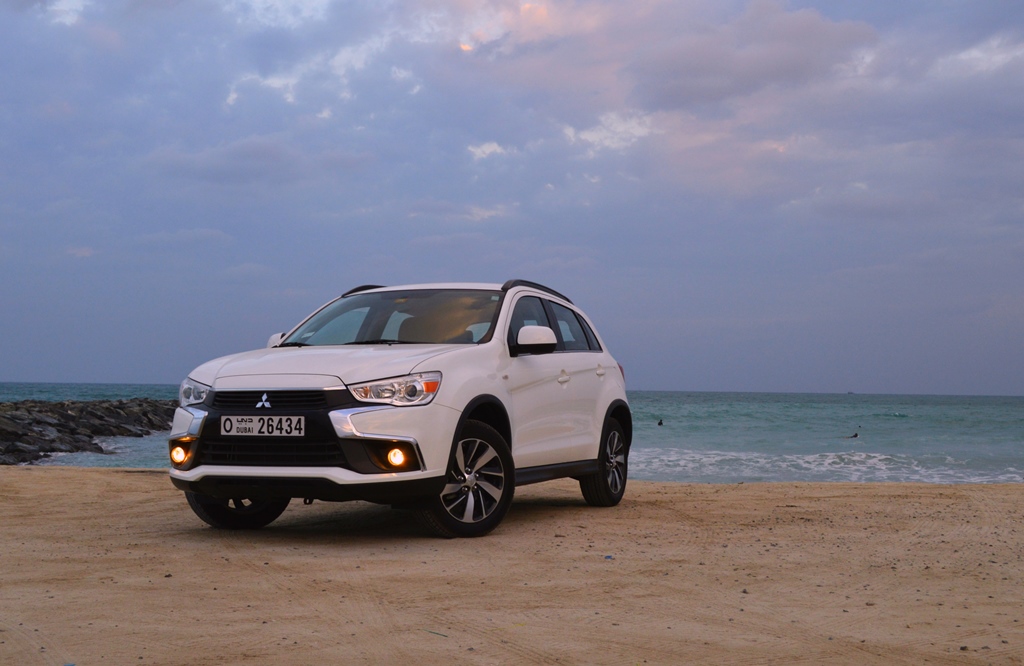 The ASX is a nameplate that has graced the Japanese brand’s line-up since the early 1990s – a time when bands such as Backstreet Boys and Spice Girls monopolized the air waves. Having sailed through the awkward years of puberty, the ASX emerged in 2010 having ridded itself of the odd MPV styling of its predecessors, to take on rivals such as the Hyundai Tucson, Kia Sportage, and Nissan X-Trail.

In its third-generation, the Mitsubishi ASX is catered towards individuals who are unwilling to sacrifice on space, practicality, and affordability. Aggressive in its appearance, the refreshed ASX features sleeker headlamps, a broader grille, and delicate use of chrome to exude a more commanding presence. 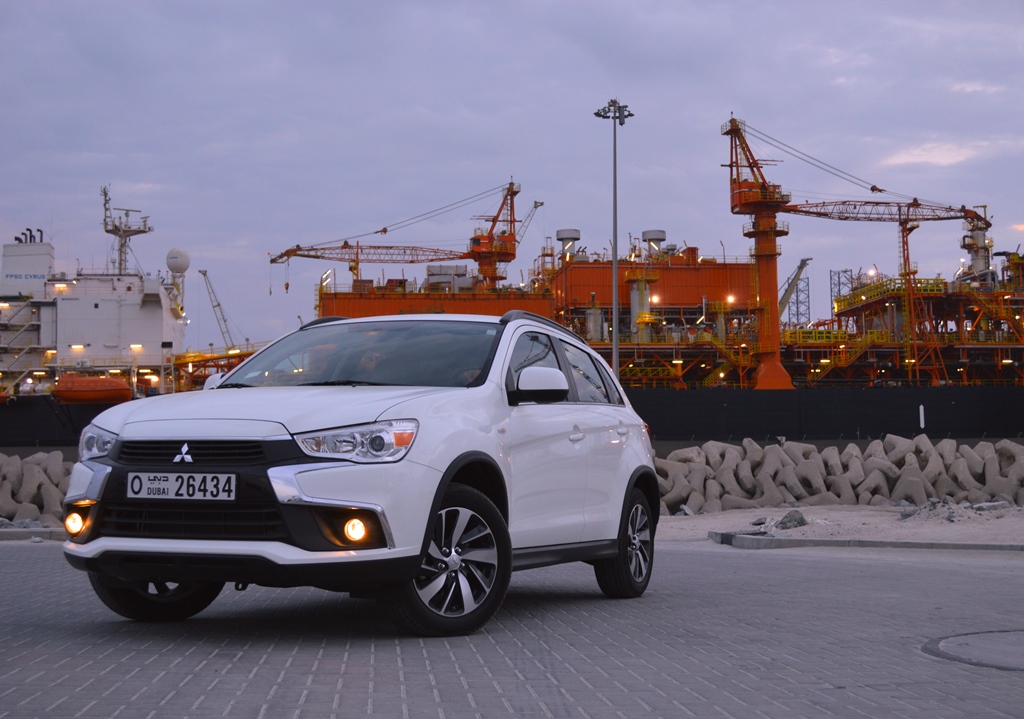 Embellishing the flared fender arches are a set of 17-inch alloys that don 215/60 Yokohama rubber and are proportionate to the overall height of the Japanese crossover. Lacking LED Daytime Running Lights, a standard feature across its rivals, the ASX’s always-on halogen fog lamps is a solution that is far from ideal.

Robust yet entirely built of hard plastics, the cabin of the Mitsubishi ASX 2017 is decorated with piano black and silver trim bits that are complemented by sleek chrome contours that dress the center console and steering controls. The monotony of dull plastics within the interior, are broken with cloth inlays adorning the door panels and numerous rubberized rotary knobs to control the A/C and audio system. 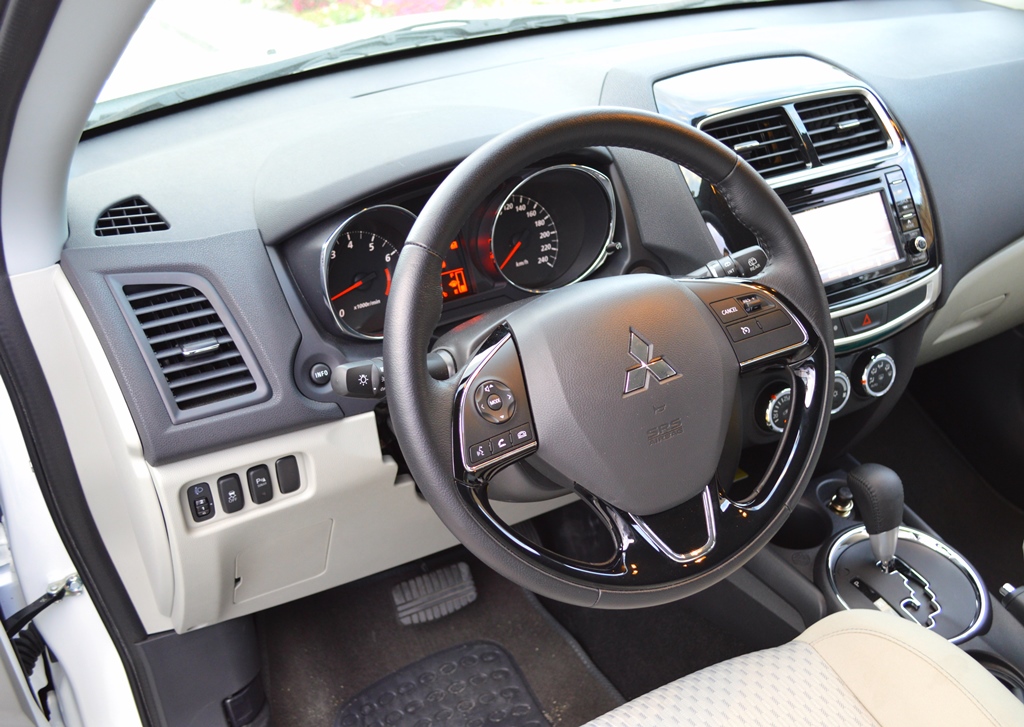 From a practicality standpoint, the ASX comes across a comfortable urban cruiser that offers ample amounts of head-and-leg-room for all occupants within the cabin. Slim A-pillars and large wing mirrors offer unhindered views of the outside world, while the elevated seating position enhances the view of the entire hood and the horizon that lay ahead of it.

Unable to keep up with contemporary rivals in the tech sphere, particularly the Hyundai Tucson and Kia Sportage, the Mitsubishi ASX’s 2WD mid-option offers Cruise Control, Bluetooth telephony, a reverse camera and an infotainment screen – the latter of which is extremely bland in its user interface. 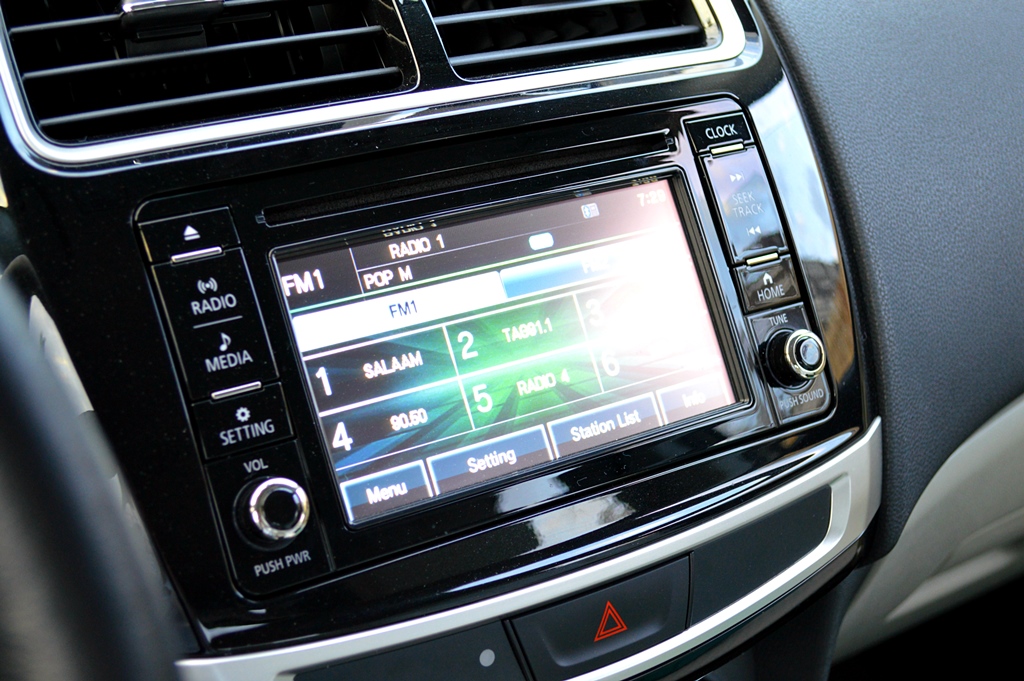 Residing under the sculpted hood of the ASX is a 2.0-liter 4-cylinder engine that packs a decent punch. Churning out 150 horsepower and 197 Nm of torque, it directs its grunt through a CVT transmission to the wheels up front. With six make-shift points imitating a six-speed automatic transmission, the drone of the CVT -although irritating- heightens the sensation of speed. 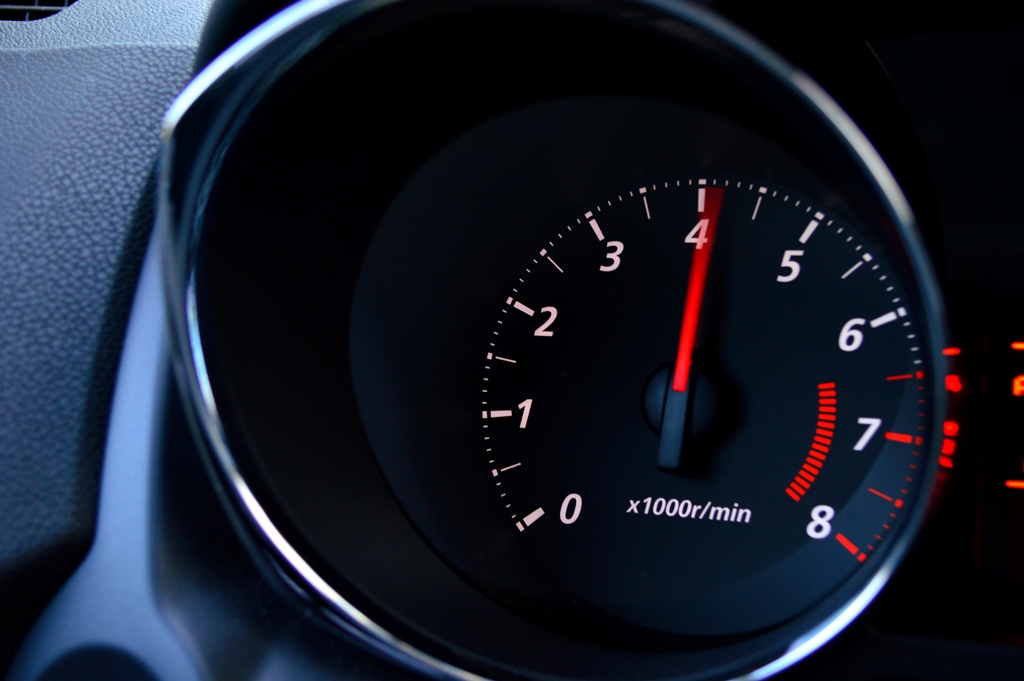 The light and direct steering is a good match to the Front-Wheel-Drive layout as the suspension offers a stable ride that is unfazed with sudden maneuvers. Turn into a corner faster than most mid-size crossovers would generally be comfortable with, and the ASX’s chassis and Yokohama tires begin to shine. Bearing a top speed of 190 km/h, the ASX faces no issues in offering an exciting drive or keeping up with its rivals.

The most affordable amongst its fellow Japanese and up-and-coming Korean rivals, the Mitsubishi ASX is the ideal city runner for those with small families and those who wish not to be intimidated by larger SUVs on the roads of the UAE. Although a little dated in the technology and engine department, the ASX’s price tag which is a whopping AED 24,100 lesser than that of the Nissan X-Trail, is worthy enough of forgiving its shortcomings. 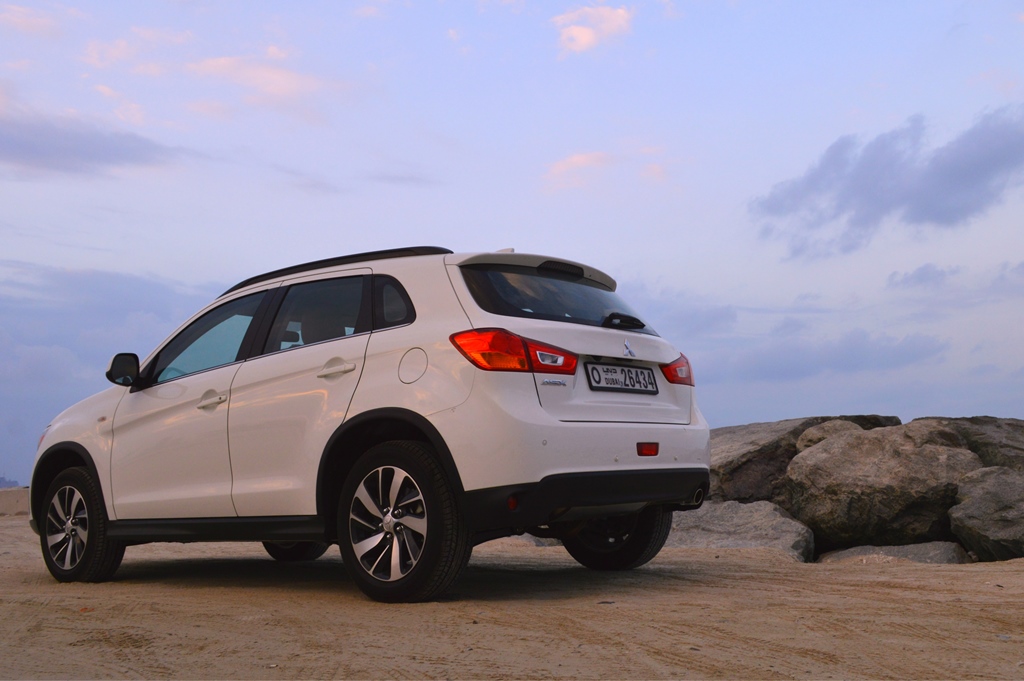 - Surprisingly powerful and engaging to drive

- Not as fuel-efficient as one would expect