Founded in 2007, the Corvette UAE Club is a members-only car club that explores parts of the country while promoting a safe and responsible attitude when out on the roads of the UAE. Managed by a close-knit group of members who have grown into a small family, the Corvette UAE Club’s camaraderie is evident from the very beginning.

Being the first official Corvette Club in the UAE to be certified by the Emirates Motor Sport Federation (EMSF), Corvette UAE Club (CUC) prohibits illegal street racing, speeding and burnouts. While it sounds unlikely for a club to take such a stance, it is the embodiment of its Driving For Good slogan.

Comprising of approximately 50 members at this point in time, plans to expand rapidly and celebrate the club’s tenth anniversary in 2017, are present. Standing strong for safe driving, the club views sports cars as more than mere speed machines; a responsibility in the hands of its owner. 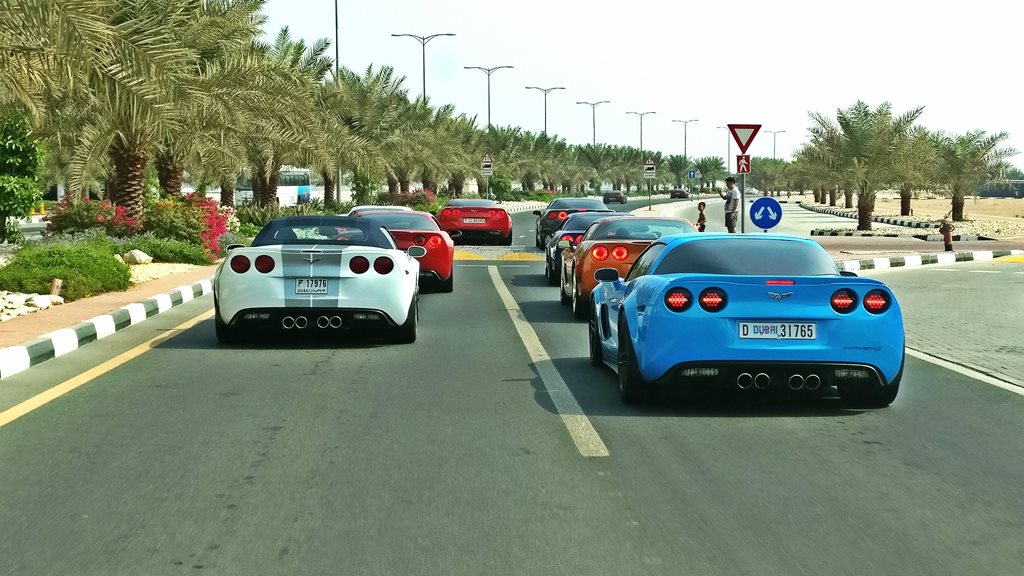 Covering 53.4 km, we set off from an Enoc petrol station on Sheikh Mohammed Bin Zayed Road (E311) to Marjan Island in Ras Al Khaimah – a scenic route that lent a picturesque backdrop to capture the American beauties.

Connecting with the community and learning more about owners and their passion for motoring, is what we long for. Once again, thank you Corvette UAE Club for a great day out!

Lynk & Co to reinvent the automobile