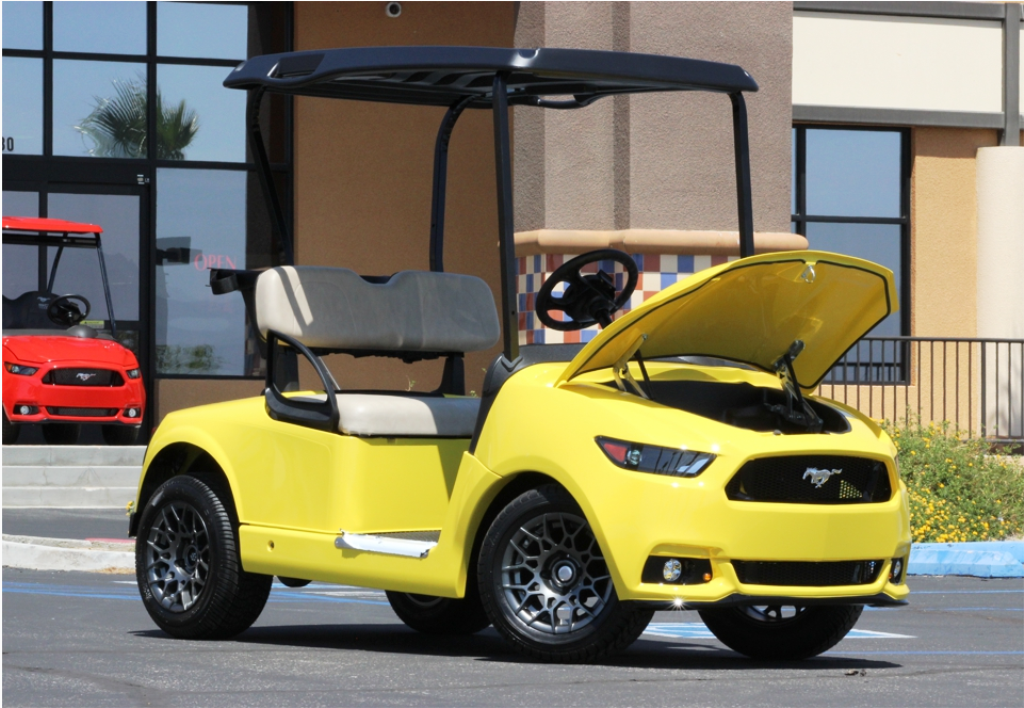 Golf, a game believed only to be played by the well-heeled, is an equal display of talent, prestige and wealth. Golf carts, though originally built to fulfill just one purpose of carrying golfers around a golf course, have in recent times become an opportunity for golfers to stand out just that little bit more.

Caddyshack Golf Cars, an American golf-cart manufacturer, is the official licensed producer for Ford Motor Company and Shelby American. The company’s aim is rather straightforward; it simply wishes to produce golf-carts that feature the most iconic brands in motorsports. 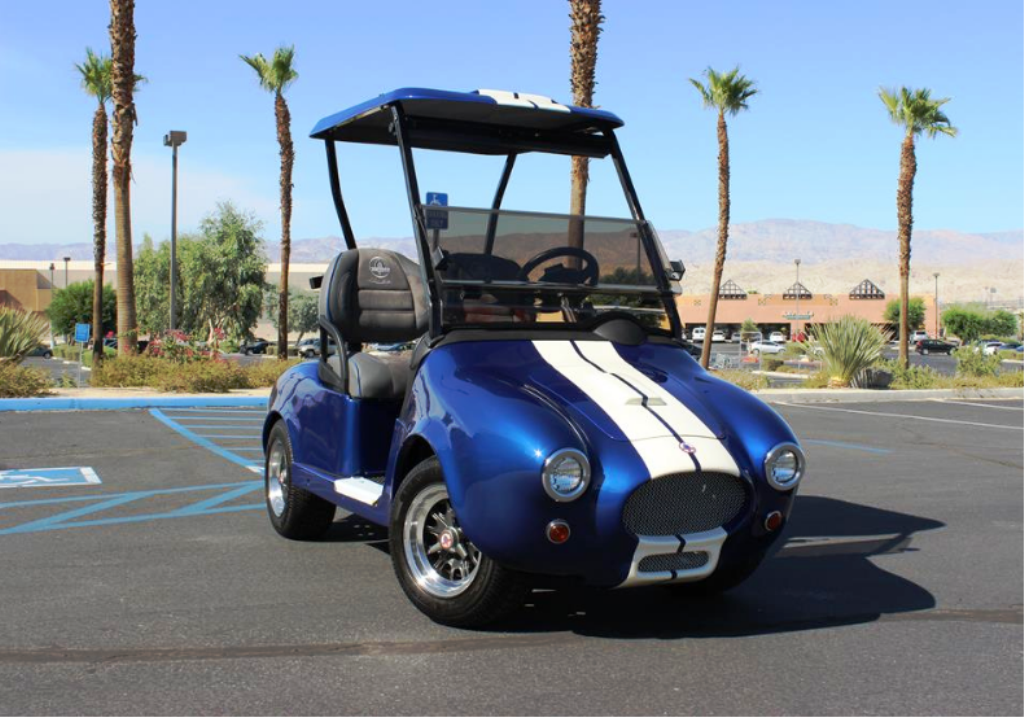 Its newest offering, a 2016 Ford Mustang Fastback golf-cart, bears a price tag upward of $10,995 (AED 40,390) and is equipped with a plethora of features. Speakers on the headliner, a carbon fiber dashboard, a custom set of 12-inch aluminum SVT wheels, headlights, tail lights, brake lights, and a horn, can all be expected. 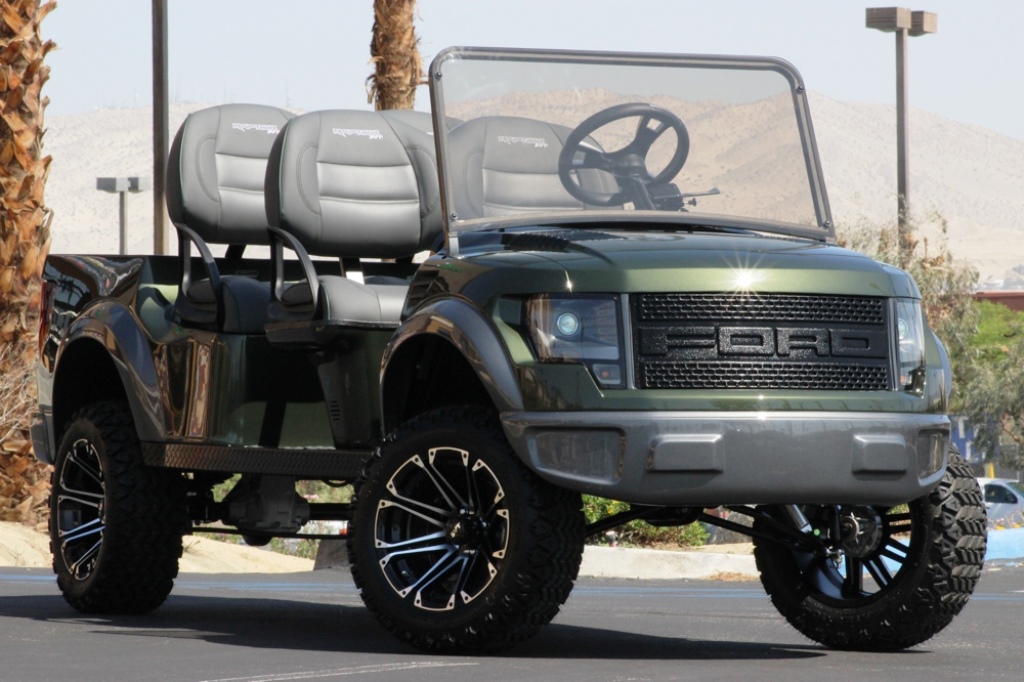 Available in gas and electric variants, the golf cart doesn’t benefit from the Mustang’s EcoBoost motor. Instead, it is equipped with a 3 Phase AC Induction, 4.4 horsepower continuous motor. Weighing just 425 kilograms, the two-seater Mustang golf-cart is able to hit speeds of up to 31 km/h on level ground.

Caddyshack’s 26,000 sq. ft. showroom, is also home to golf-carts dressed in Ford F-150 Raptor, Shelby Cobra, and Chevrolet Camaro garb, allowing buyers to truly stand out on the golf course. But Caddyshack isn’t alone, Mercedes-Benz, too, recently launched a golf-cart that it manufactured in conjunction with golf-cart designer Garcia. 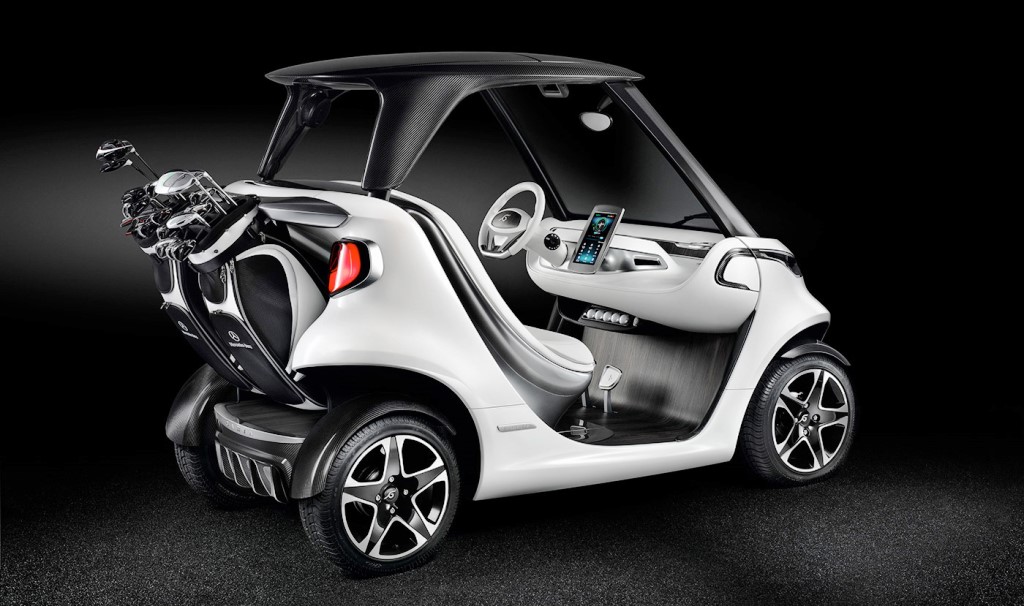 Mercedes’ golf-cart, however, is targeted at a completely different segment, for it features a 10.1-inch tablet that allows drivers to alter performance to Sport or Eco driving modes, and also comes with an A/C system and wipers. In addition, it also possesses the ability to display the vehicle’s position on a map of the golf course and allows access to various programs including weather apps. 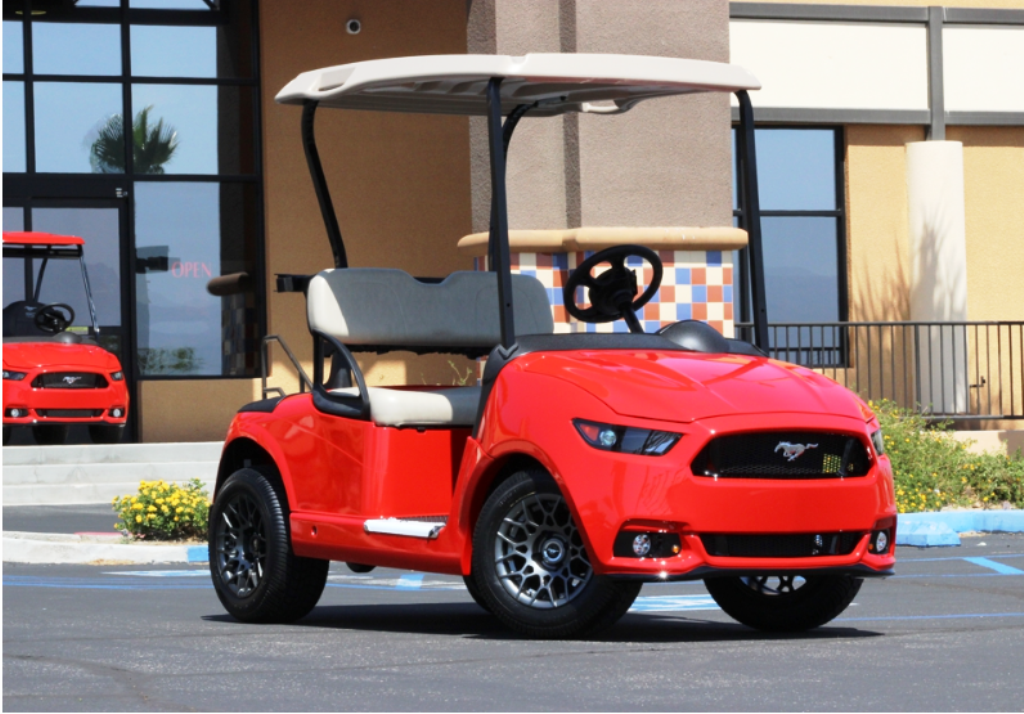