The car you see above is the Lamborghini Huracan Evo and if you think it’s loud, fast, and expensive, you’re absolutely right. Six years after its launch, the Huracan has undergone a mid-cycle refresh and emerged as the pinnacle of performance and technology. 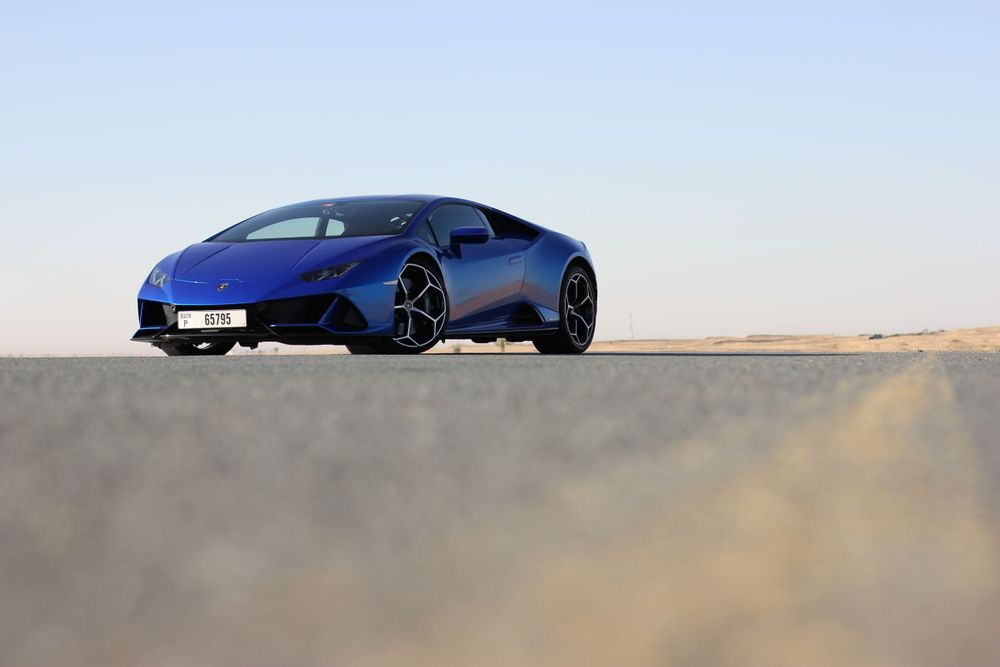 Tweaked both aesthetically and mechanically, the Huracan Evo sports a new bumper with the brand’s signature Y-shaped design. Part of the upgrades also include two design elements that are reminiscent of older Lamborghinis: bonnet lines inspired by the legendary Countach and side air ducts from the gorgeous Murcielago. With every air vent and duct being functional along the bodywork, the Huracan Evo challenges the laws of physics and does so while looking ultra-cool, with 20-inch alloy wheels and ventilated carbon ceramic brakes that come as standard on the Huracan Evo.

Equally intimidating at the rear, the Huracan Evo gets a new bumper with a significantly larger diffuser and center exit exhausts from the Huracan Performante. The spoiler not only adds aesthetic appeal but also performs three very important tasks: it generates five times more downforce than the older model, it pushes hot air coming from the exhausts away from the car, and it reduces air turbulence in the back for better grip. 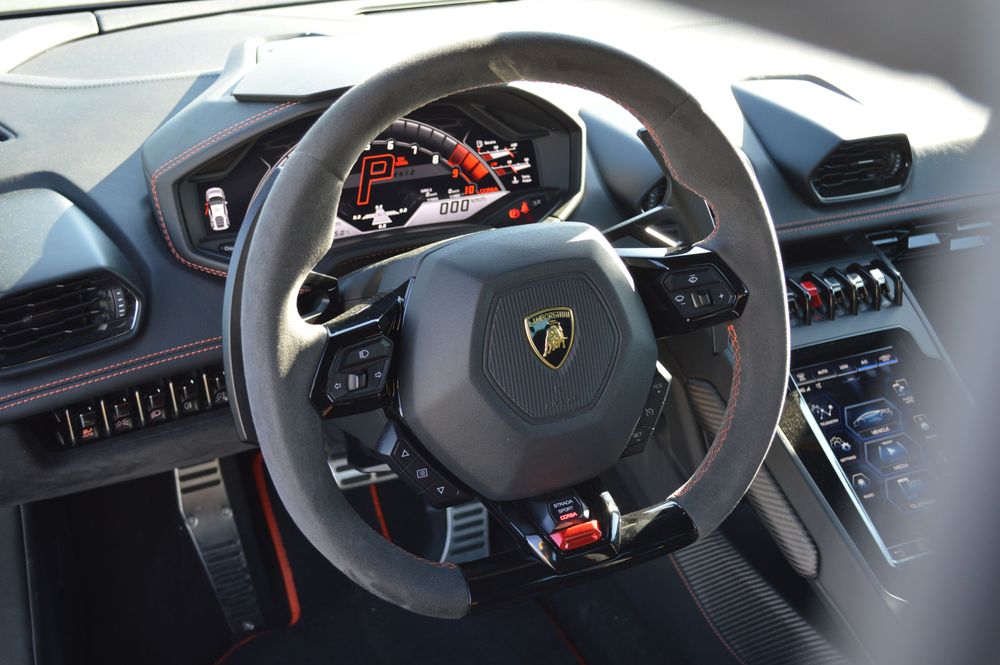 Much like any supercar, the interior of the Huracan Evo is…unique. Nothing is quite where you’d expect to find it, but that’s perhaps what adds to its character. For instance, the indicator and wiper controls, which are stalks behind the steering wheel in most other cars, are buttons on the steering wheel in the Evo. The window buttons also aren’t on the doors but instead part of the dashboard and the gear lever and starter button both look like they came out of a spaceship.

New to the Huracan Evo is an 8.4-inch touch infotainment screen that is exclusive to the brand, meaning no longer is the Huracan sharing any screens with Audi. And because it’s Italian, it does come with its quirks, one of which is that the GPS doesn’t work. At least on our test car, it loads, loads some more, crashes, loads some more, crashes, loads some more, you get the point. To make up for that, it does come with Apple CarPlay, Android Auto, and a 10-speaker Sensonum audio system, along with a huge digital instrument cluster display that changes layouts depending on the drive mode you’re in. 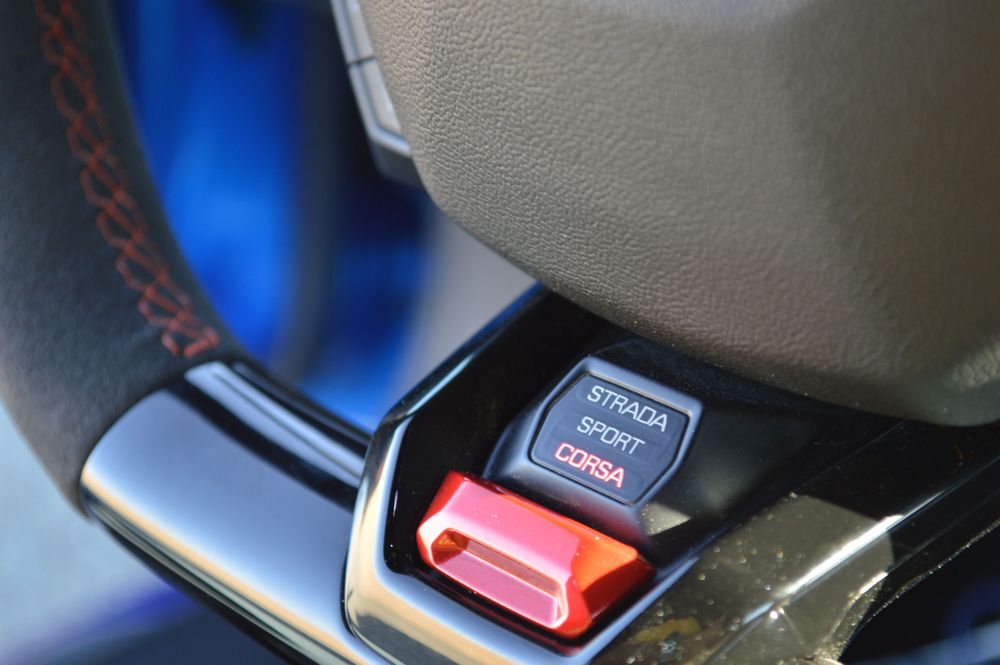 A thrilling ride in every sense, the Huracan Evo sprints from 0 to 100km/h in 2.9 seconds, 0 to 200 km/h in 9 secs, and with the pedal mashed to the floor it will keep going until it hits its top speed of 325 km/h. All of this is made possible by a naturally aspirated 5.2-liter V10 from the Huracan Performante. It produces 631 horsepower, 600 Nm of torque, and an Italian symphony from the exhaust pipes at any and all speeds.

Being naturally aspirated, you can really push the Huracan Evo high into the rev range, in fact, Lambo wants you to and that’s why peak torque is all the way up at 6,500 RPM and peak power is at a shrieking 8,000 RPM. To explain to you just how fast the Huracan Evo goes through those 8,000 RPMs, it does come fitted with a ridiculously quick 7-speed dual clutch transmission that requires your utmost concentration to shift at the perfect time with the paddles behind the steering wheel. 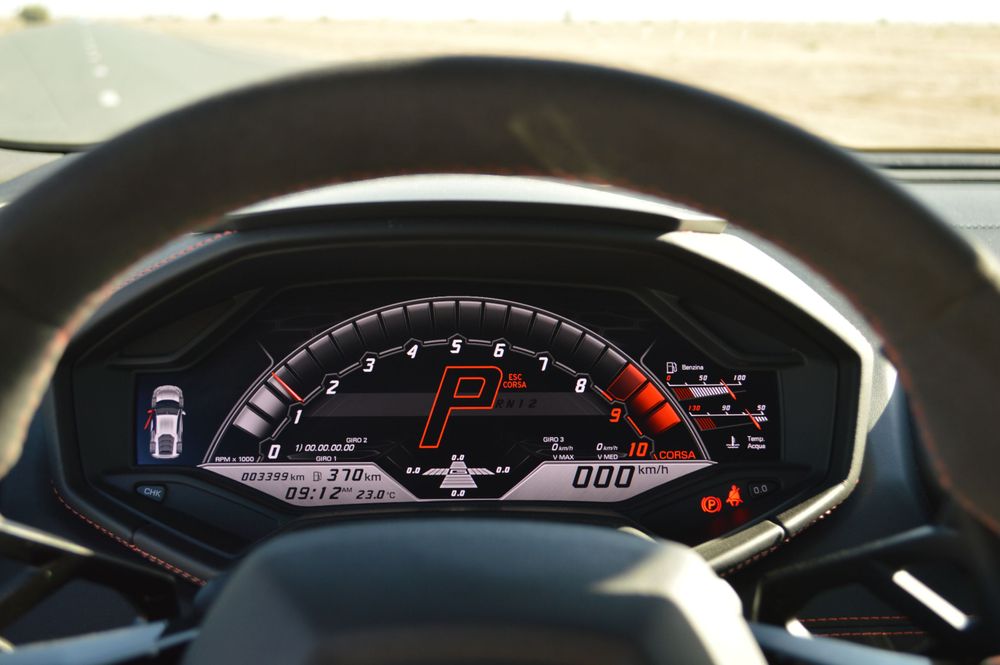 If you want the Huracan Evo to shift for you, you can always keep it in Strada (street mode) or Sport mode, but if you want to experience the car to the fullest, keep it in Corsa mode and perfect those shifts, it’s extremely satisfying. It’s also amazing how much the car changes character with each drive mode, transforming from a raging bull to a timid mouse with the simple press of a button.

Generally speaking, driving a supercar at its limits usually requires a lot of bravery, but what Lamborghini has done with the Huracan Evo is that they’ve pushed the limits so high that you can look like a professional racing driver with minimal effort. Being a supercar, there are plenty of systems trying to analyze what is going on at any given moment. 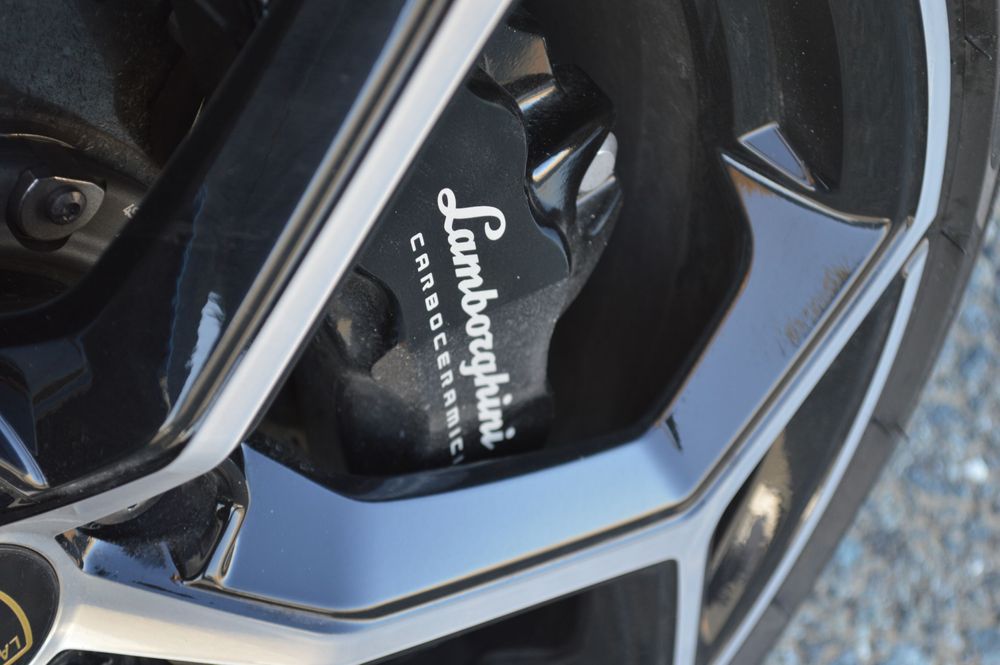 For starters, the Huracan Evo gets an All-Wheel-Drive system with torque vectoring that knows exactly how much torque to send to each wheel for maximum grip. Add to that an all-wheel steering system, which is a first for Lamborghini, that moves the rear wheels a few degrees to add to the maximum grip you can get around corners. It also gets Lamborghini’s dynamic steering with variable ratio and magnetic ride control as standard.

All those systems continuously communicate with each other to give the car a better understanding of what is going on, a process that is referred to as LDVI - Lamborghini Dynamica Veicolo Integrata. Essentially, it is a supercomputer that tells all these systems what to do to give you maximum performance instantly. And it truly is instantly because LDVI can react to any new input in just 20 milliseconds. It’s so fast that Lamborghini no longer calls it ‘feedback’ but instead ‘feed-forward’. 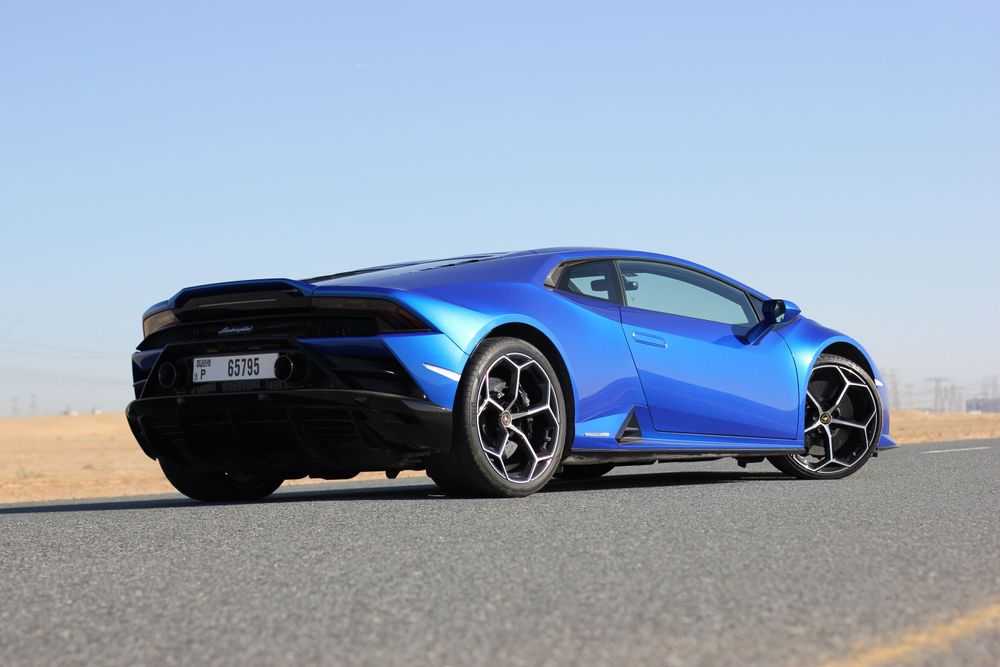 If you want speed and thrill, there are many fast cars out there, but not many have the same insanity and drama that the Huracan Evo offers. With a starting price of 1.3-Million Dirhams, it isn’t cheap. In fact, you can have six C8 Chevrolet Corvettes for the same amount of money; or three Porsche 911s, or two Nissan GT-R NISMOs. But do you know which one we’d have? The Lambo without a shadow of doubt.