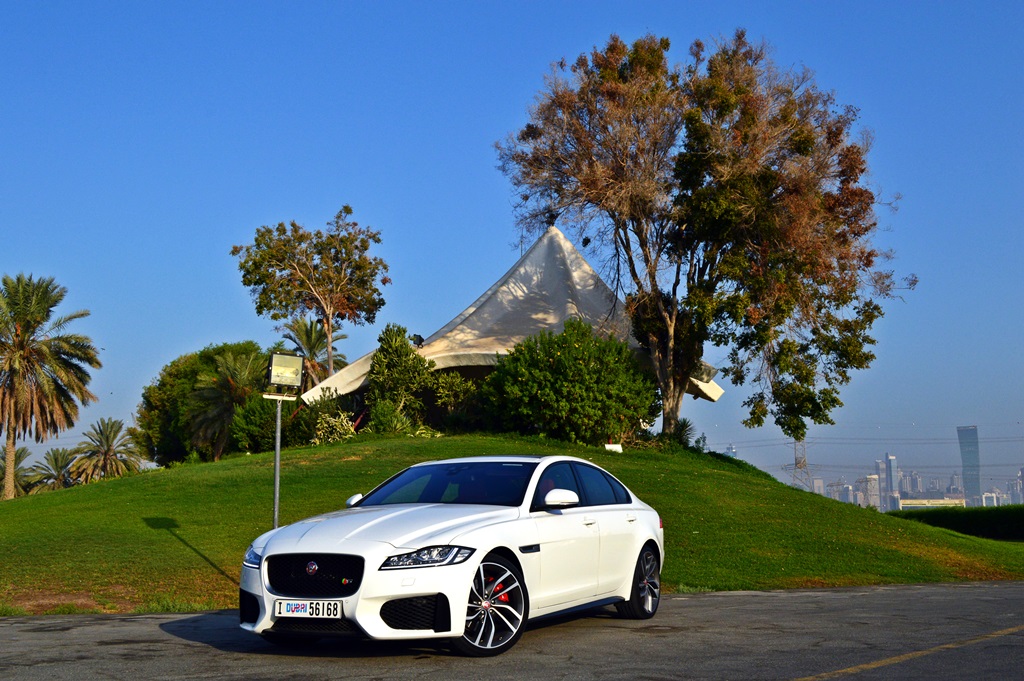 The Jaguar XF S is the British marque’s answer to the BMW 5-Series and the Mercedes-Benz E-Class. Partaking in an extremely competitive segment of the market, the XF S, which is now in its second-generation, is equipped with the right set of tools to challenge its rivals head on.

Beauty is in the eye of the beholder and even though Jaguar has been criticized for adopting the Russian doll philosophy of creating one master design and tweaking it across the entire line-up, the XF S’ beauty simply cannot be ignored. 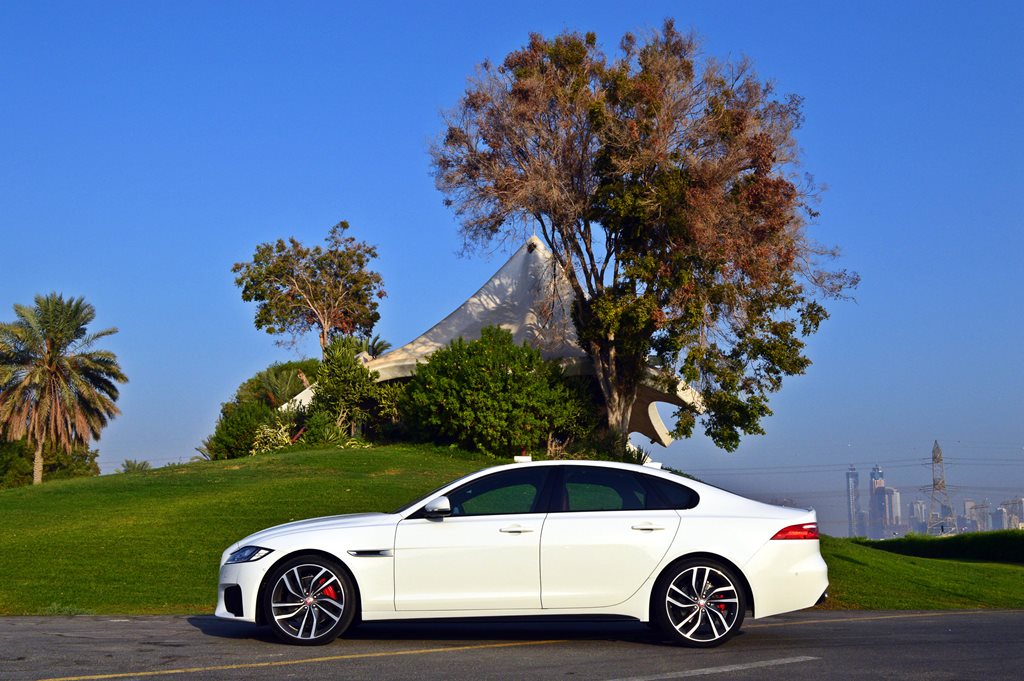 Intimidating with its sharp contours, the XF S makes its sporting pretentions known with gaping inlets in the front bumper, a prominent rear diffuser, red brake calipers, and a splattering of ‘S’ badges both inside and out.

Bedecked with a combination of piano black and wood trims, the cabin of the Jaguar XF S is dressed in crimson and black leather, and finished with red stitching along the dashboard and door panels.  Highlighting its kinship with the phenomenal F-Type, are bucket seats, aluminum pedals, and a rather familiar steering wheel. 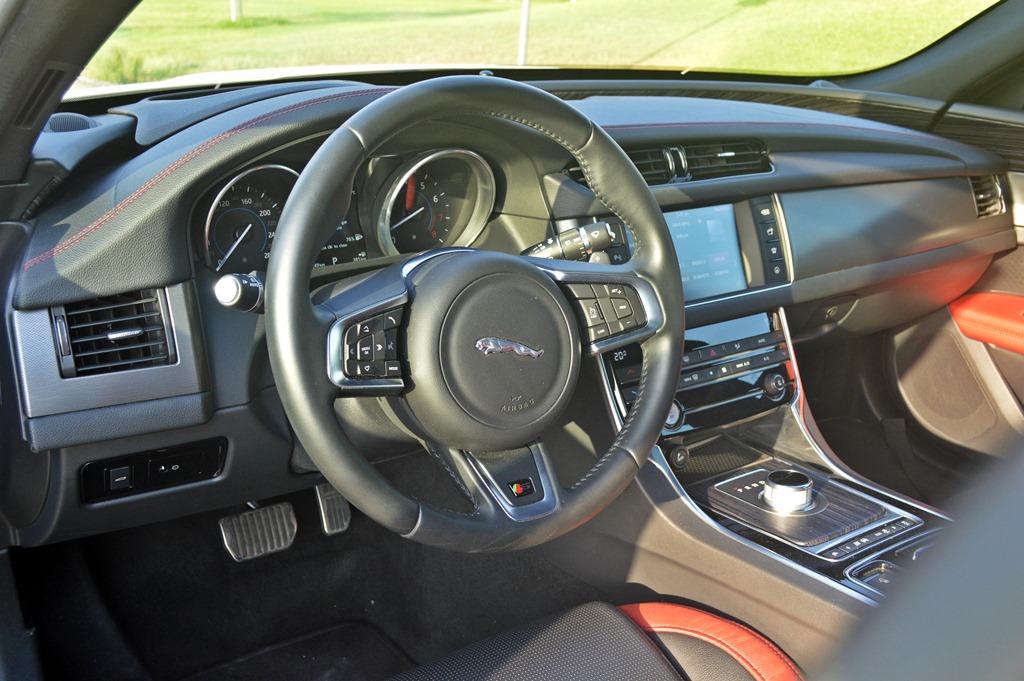 Solidly built and well laid out, the interior is pleasant to look at and be within. Ample amounts of head and leg room make getting around town a pleasing experience for all occupants, even if it isn’t as technologically advanced as its aforementioned rivals.

Scoring a 5-star Euro NCAP rating, the 2016 Jaguar XF S is one of the safest vehicles in its class. Equipped with autonomous braking, a lane departure warning alert, traffic sign recognition, and ASPC – a low speed cruise control system, it’s as safe as it is exhilarating. 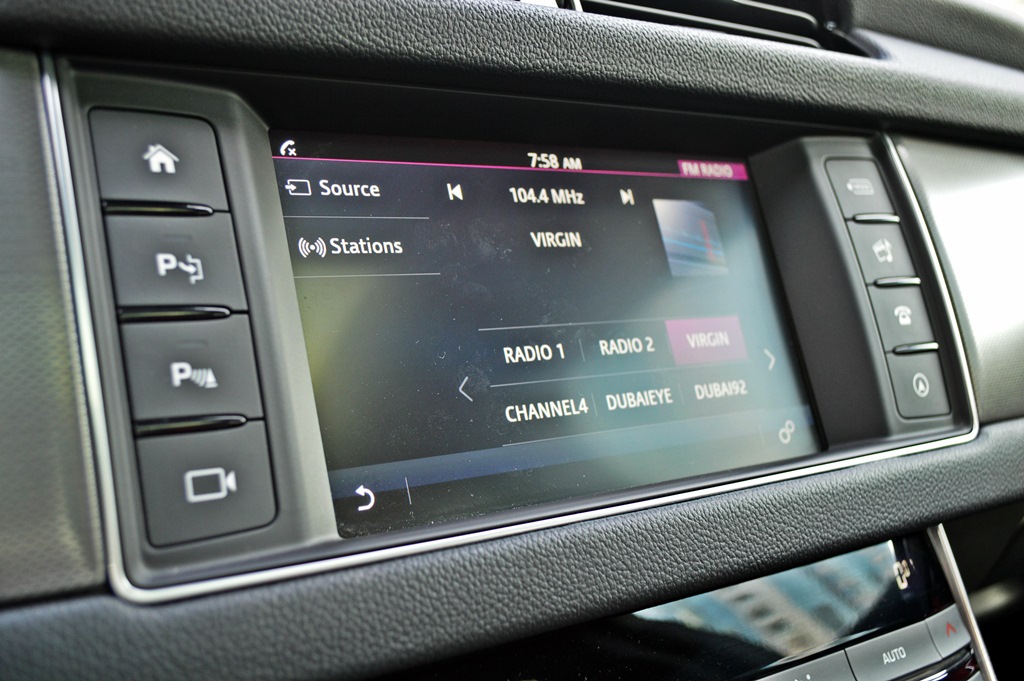 On the technological front, the Brit welcomes a wealth of features including but not limited to, a 380W 11-speaker Meridian sound system, an 8-inch infotainment screen with Apps capability, and in car Wi-Fi for up to eight devices – a technophile’s paradise.

Built on Jaguar’s Lightweight Aluminum Architecture, the second-generation XF flaunts a near perfect 50:50 balance and weighs 190 kg less than its predecessor – one of the lightest in its class. The results are remarkable handling characteristics and supreme fuel efficiency. 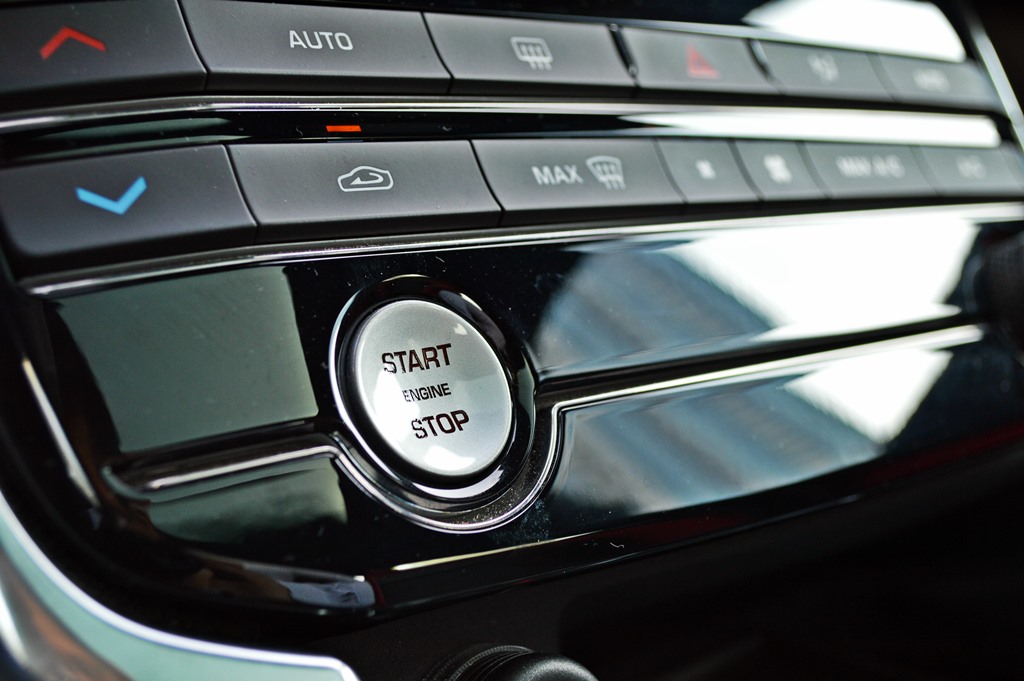 With 380 horsepower and 450 Nm of torque, the 3.0-liter Supercharged V6 packs in enough grunt to propel the 1,590kg sedan to 100 km/h in 5.3 seconds and on to a top speed of 250 km/h. An extremely direct and responsive steering is the byproduct of Torque Vectoring by Braking (TVbB) and Speed-Proportional Power Steering (EPAS). 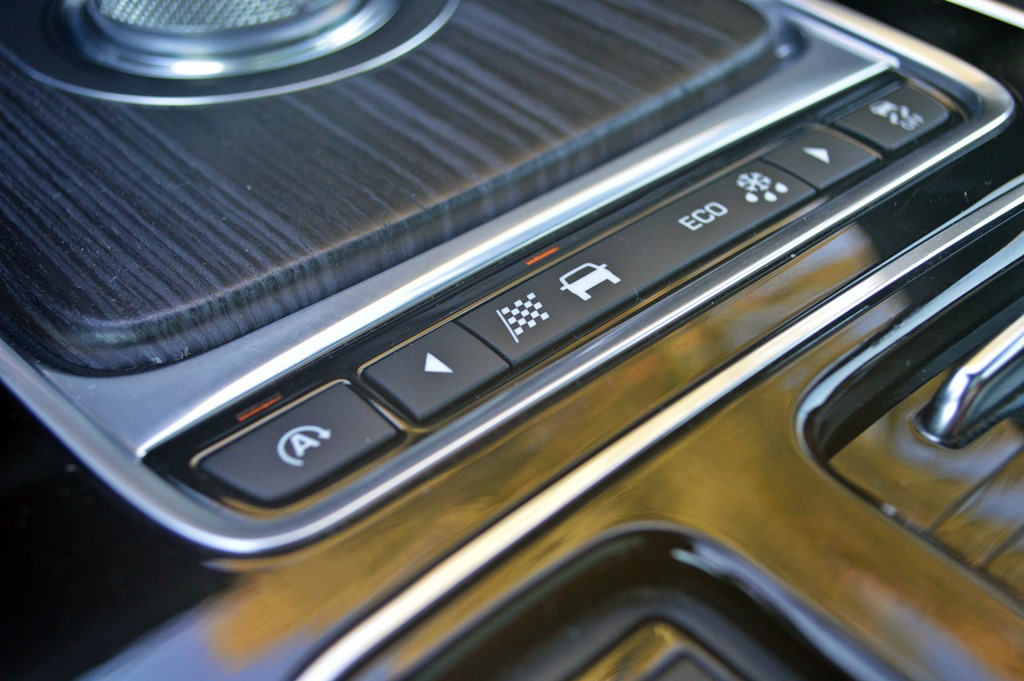 Mated to an 8-speed automatic transmission, it requires little effort to confirm that the Jaguar XF S is the most athletic of its rivals. Merging luxury and sportiness, it’s a beautiful marriage that is likely to win the hearts of many a buyer.

While the BMW 5-Series and Mercedes-Benz E-Class target a more sophisticated and slightly older audience, it is the Jaguar XF’s youthfulness and character that is likely to appeal to younger buyers. Offering significantly more than just a striking exterior, its AED 299,000 price tag is steep, but far from unjustified. 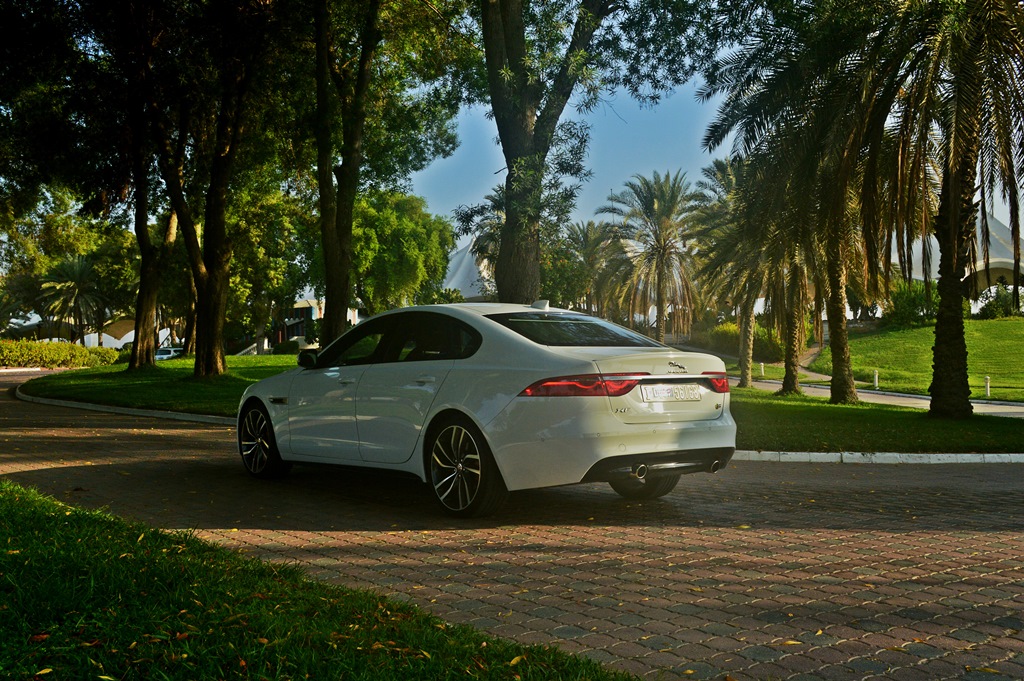