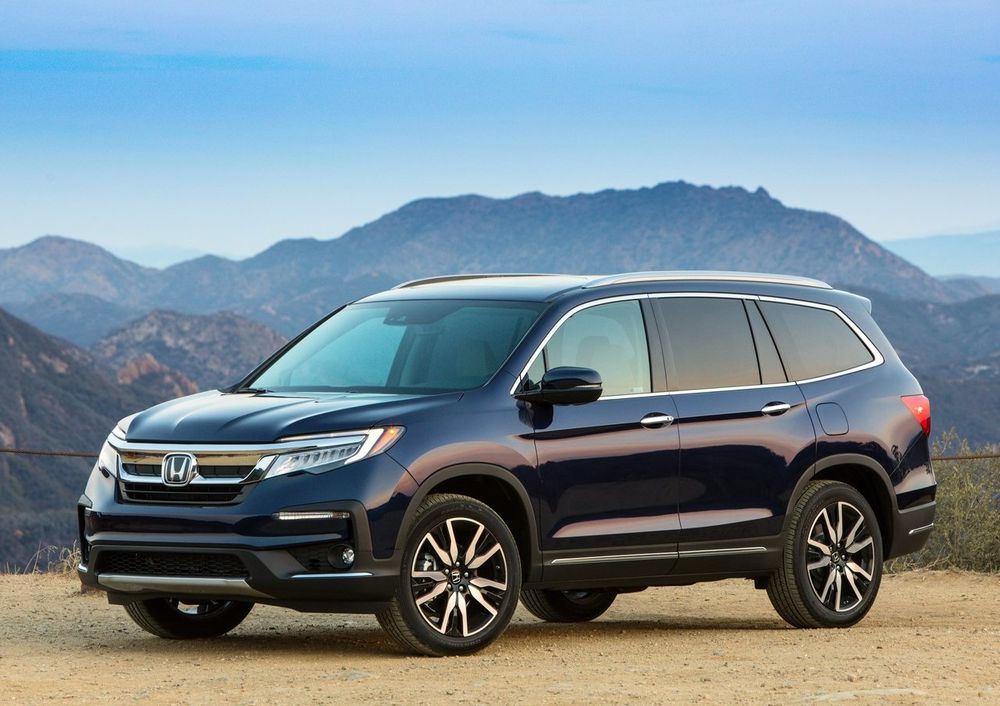 The mid-size crossover SUV segment is more complicated than launching a satellite into space; it’s one of the most crowded spaces in the automotive industry. However, this doesn’t really stop automakers from releasing more and more models in this genre. Back in the early 2000s, Honda was working on launching its flagship crossover SUV, which would sit at the top of the brand’s pecking order (at least as far as crossovers are concerned). This was the phase when the US car market was revving at full capacity, with medium to full-sized crossover family crossovers entering showrooms at an alarming rate. However, Honda already had established itself as an accomplished and successful automaker in the industry. So when it announced its plan to introduce a mid-size, three-row crossover SUV, it raised a lot of curious eyebrows.

Being a crossover SUV, the Honda Pilot shares its platform with other Honda products, such as the Accord sedan and Odyssey minivan. And as it was specifically built from scratch to accommodate seven people, Honda was well aware of its target audience -- small to medium-sized families -- something they nailed right from the get-go with the Pilot. Currently in its third generation, the outgoing Honda Pilot entered production somewhere in 2015. Being the Japanese auto giant’s largest offering in this segment, the Pilot isn’t exactly a midget when compared to some other crossovers. If you were to walk around the outside of the Honda Pilot with a measuring tape, the numbers would read something like this: overall length is 4.964 meters, width is 2.296 meters (including the wing mirrors), while height is 1.773 meters and the wheelbase stretches to 2.818 meters. As for the Pilot’s boot space, with all seats in place, you can store up to 589 liters of luggage.

On the inside, the 2019 Honda Pilot welcomes you with its spacious, well thought-out, practical and unflustered cabin. The modern, part-digital instrument gauges, smooth lines and soft contours and digitally-operated transmission controls look pretty cool. And when combined with the Pilot’s premium dual-tone interior, leather-clad surfaces, easy-to-operate switchgear and soft-touch padding, this is one of the best three-row crossovers in its class. Then there are the features that Honda provides with the Pilot. To begin with, there are the usual (even on the base variant) such as 18-inch alloy wheels, roof-mounted spoiler, LED DRLS and fog lights, all-around parking sensors, keyless entry with push-button start, cruise control, multifunction steering wheel and Bluetooth compatibility. Furthermore, there’s also tri-zone automatic climate control, Honda’s Active Noise Cancellation (ANC) & Multi Angle Rear Camera, full-LED headlights, 6-speaker sound system with subwoofer and AUX & USB support, and an 8-inch touchscreen infotainment head unit with Apple CarPlay among others.

Then there’s Honda’s CabinTalk in-car PA system, 10.2-inch rear entertainment displays with Bluetooth headphones, HDMI input for the upgraded premium 10-speaker audio system, drive selector with Normal/Snow/Sand/Mud modes etc. On the safety side of things, the 2019 Honda Pilot Touring adds the Honda Sensing Suite, Rear Cross Traffic Alert (RCTA), Blind Spot Information System (BSIS), and a Fill Assist along with the Tire Pressure Monitoring System (TPMS). Overall, one could definitely say that the 2019 Honda Pilot is a pretty good car. However, the fact that it’s in need of a complete overhaul is irrefutable.