Formerly known as the QX56, Infiniti rebranded its full-size SUV to the QX80 in early 2014 to match the brand’s new naming convention. Having recently undergone a facelift, the Infiniti QX80 2018 radiates confidence, and although its tech isn’t the most groundbreaking, it still possesses boundless potential on the roads of the UAE. 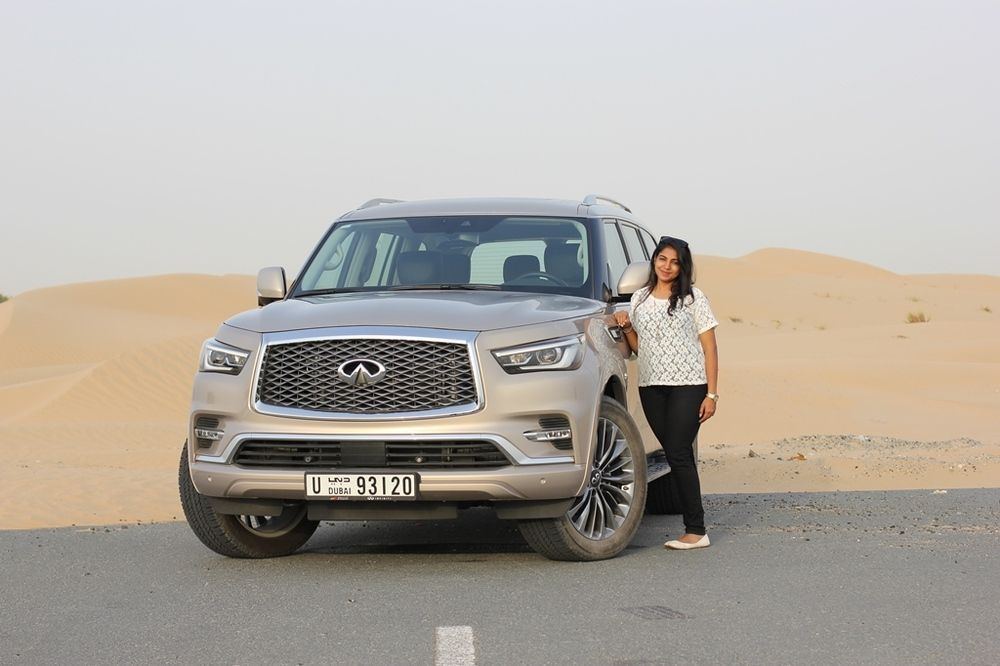 In my opinion, the pre-facelift second-generation model looked like a chubby, well fed Nissan Patrol. But unlike the model it replaces, the new QX80 is sleek and dons an aura of sophistication. Its stance is prestigious and commanding, its honeycomb snout is significantly wider, and its new LED headlamps are placed higher than ever before.

Along the length of the vehicle, the new model flaunts reworked chrome fender vents which aid it fit the bill of a high-end SUV. And although the rear end does resemble a Stormtrooper to a certain extent, it’s safe to say that the QX80 has outgrown its awkward puberty phase and grown into a handsome young man. 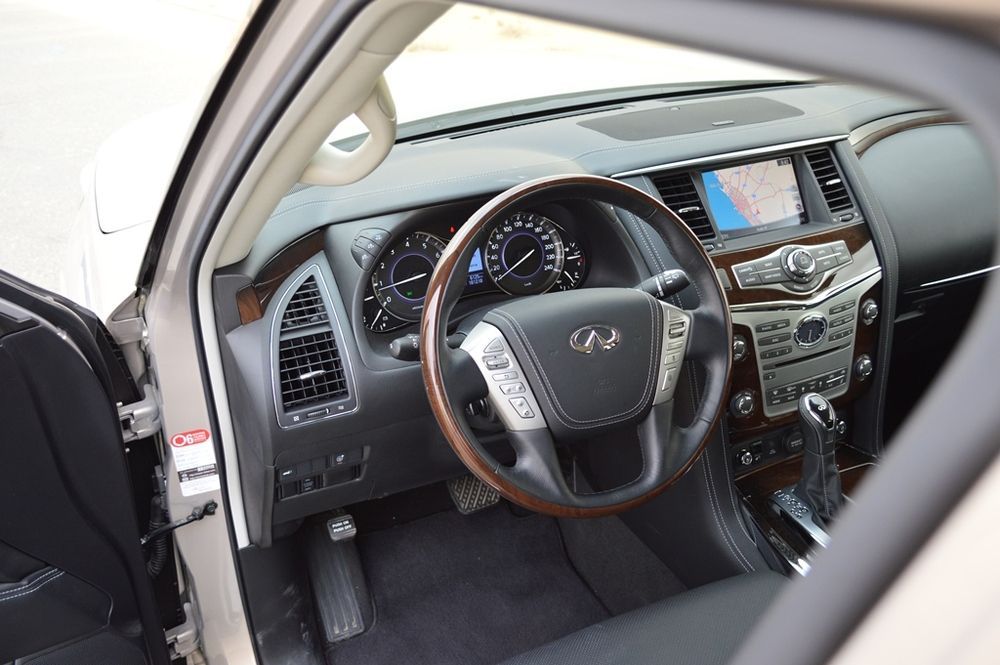 With a fine combination of supple leather and dark wood trim enveloping the cabin, the Infiniti QX80 2018 exudes luxury from every angle. Offering an abundance of space, the cabin houses room for 8 adults and all their belongings. Yes, it’s very, very spacious and could quite easily qualify as the ultimate road trip vehicle.

While the driver benefits with a memory seat that offers two set profiles, the front passengers as well as the second and third row seats are controlled electrically. Irrespective of whether its passenger or cargo, or a combination of the two that you wish to transport, the QX80 does it without breaking a sweat. 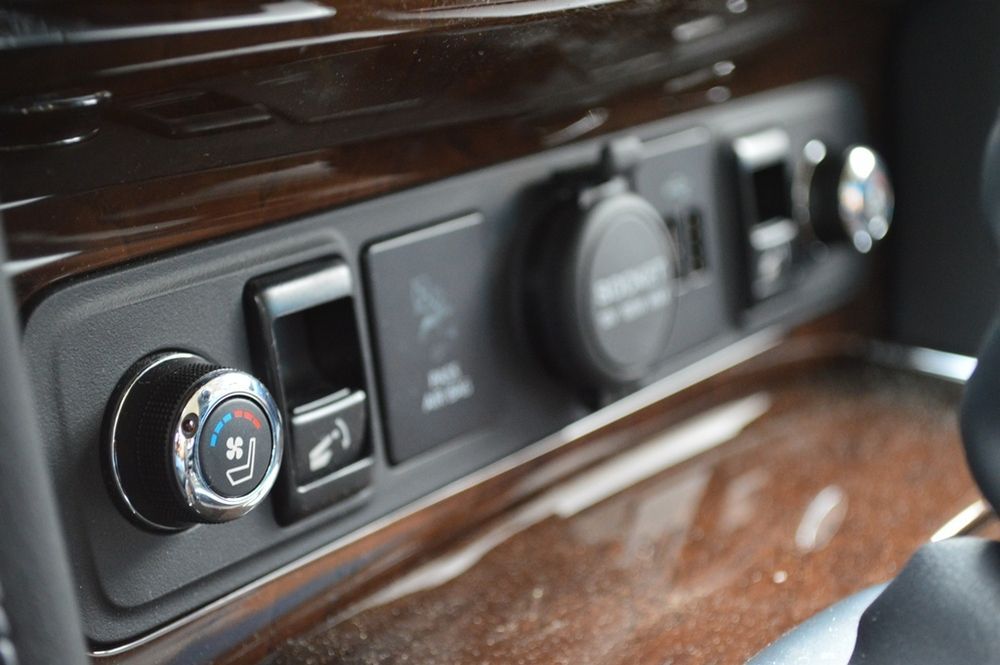 Populating the full-size SUV’s spec sheet is an 8-inch infotainment screen, a Bose surround sound system, tri-zone climate control, rear entertainment screens and much, much more. While USB ports were buried deep inside the storage compartment in previous models, the new QX80 proudly flaunts them along the center console, making them easier to see and reach.

Having said that, the technology on the whole is outdated and a little disappointing for the luxury the vehicle offers. The graphics and instrument cluster display are archaic. The adaptive cruise control and lane keeping system are still old versions of the technology with lesser priced rivals offering far superior functionality. 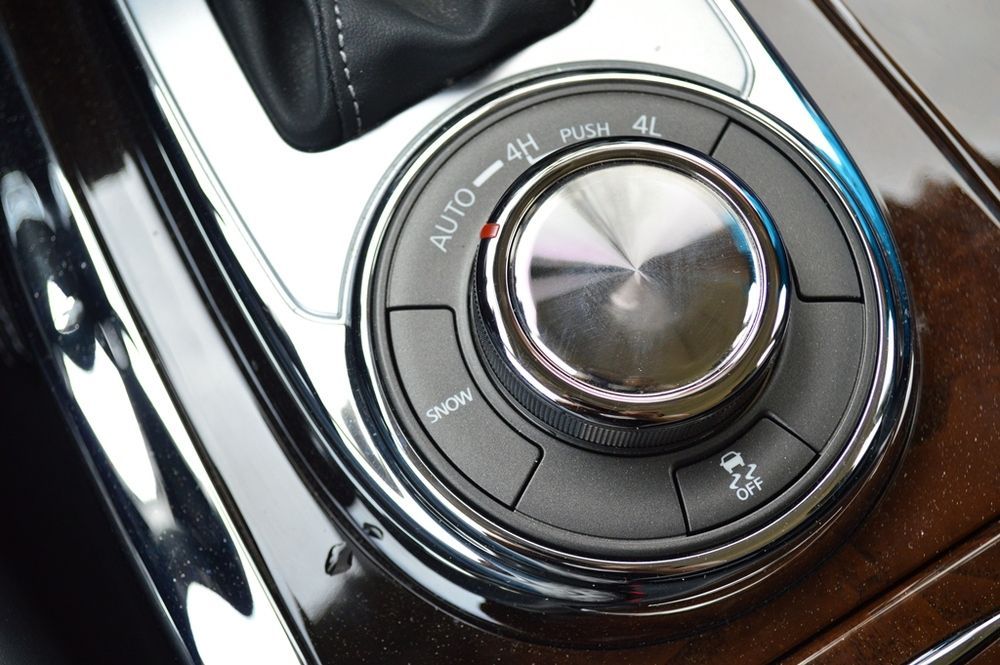 A press of the push button starter and the mighty 5.6-liter V8 comes to life. 400 horsepower and a whopping 560 Nm of torque is what the QX80 generates – a fair jump over its biggest rival, the Lexus LX570, with 362 horsepower and 530 Nm of torque. Pushed through a 7-speed transmission, it offers plenty of punch to zoom down highways and take on the tallest of dunes in sight.

Buttery smooth both on and off road, the QX80 sits in a class of its own. The Hydraulic Body Motion Control (HBMC) suspension, soaks up imperfections in the road and leaves occupants in absolute comfort. Worth noting, is also the urgency that the QX80 accelerates with. Although the Lexus LX570 is equipped with a bigger displacement V8 motor, the QX80 is by far quicker and more urgent in its movement. 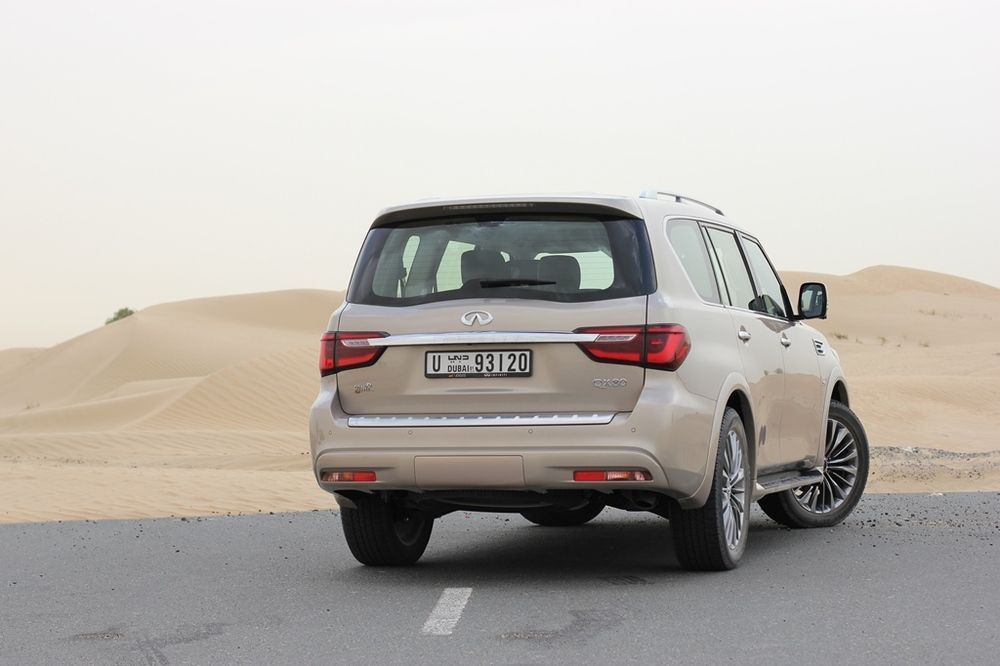 At AED 402,000 the Infiniti QX80 is a good car. Yes, it’s a little dated in the technological department but it is far more affordable than the Lexus LX and that’s its biggest selling point. Simply said, it’s more powerful than its rival and possibly better looking too. If you’re on the lookout for a full-size SUV that balances family duties and weekend fun beautifully, then you won’t be disappointed.

- Very smooth both on and off the road

Infiniti reveals all new QX50 in the UAE