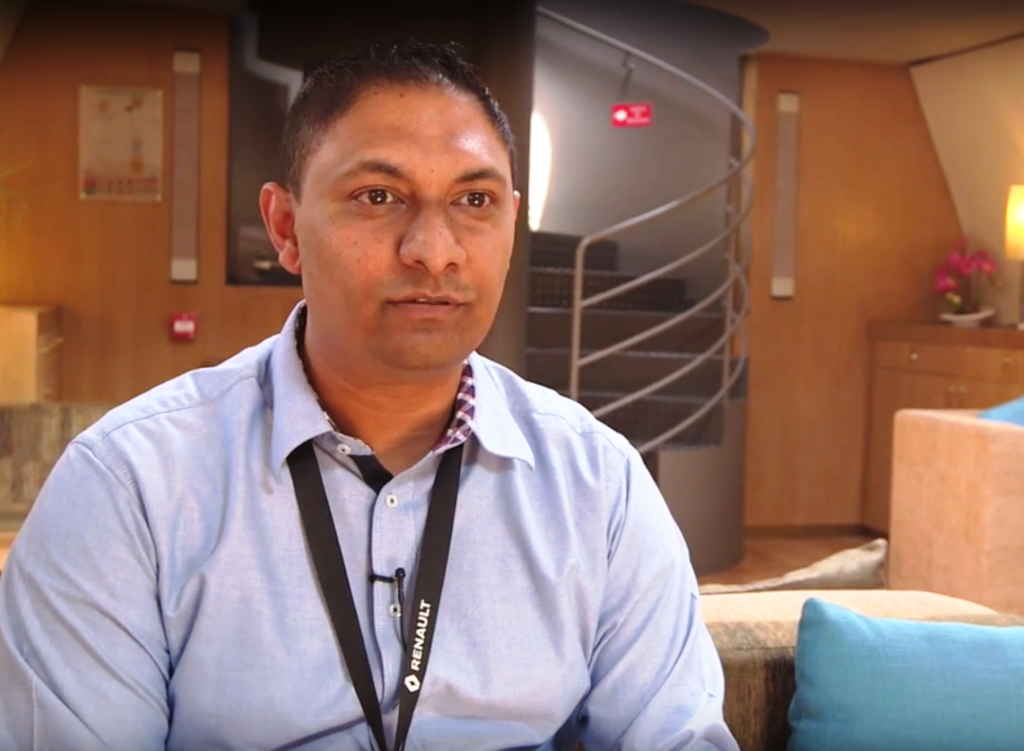 Leslie Ramsoomar, Deputy Managing Director at Renault Middle East, shared his insights on Renault’s performance in the Middle East, on our recent trip to Paris for the launch of the all-new Koleos and Talisman.

Q. Would you say Renault is facing a tough time competing with its Japanese rivals?

A. We continue to face the challenge of not being as well-known as Japanese and Korean brands in the GCC, but we’re putting a lot of effort into being more recognized and the launch of the Talisman and Koleos, will play a key role in how Renault makes itself visible in the market.

Q. Apart from the Talisman and Koleos, what other models can we expect?

A. While I’m unable to share too many details, I can say new models are expected and that they will be a part of the B-segment.

Q. Which is Renault’s best-selling model in the UAE?

A. The top two selling models in the UAE are the Renault Duster and the Renault Symbol. We’ve also recently introduced the Renault Dokker, and that is gaining traction and increasing volumes significantly.

Q. Has the Renault Captur been as successful as was initially anticipated?

A. I wouldn’t say it’s above our expectation, but we are definitely happy with the performance of the Captur. I can say a new engine is on its way.

Q. What are your views on electric vehicles in the GCC? Has the Twizy been a success for the brand?

A. At this point in time, we’re not formally commercialized with the Twizy and Zoe. We are working with Dubai Electricity and Water Authority (DEWA) to overcome one of the biggest challenges, the infrastructure for charging electric vehicles.

Q. What distinguishes Renault and why should an individual purchase one?

A. The Renault brand offers great value for money. While our competitors offer features for an additional charge, Renault aims at offering as much as possible, as standard in its cars. I would urge you to visit a showroom and test-drive any Renault of your choice, only then will you understand what makes a Renault, a Renault.