The Hyundai IONIQ (a combination of the words Ion and Unique) is a rather special vehicle in the Korean manufacturer’s line-up. Making its debut at the Geneva Motor Show and the New York International Auto Show, the IONIQ has already garnered international fame for being the only vehicle to be available with all three powertrains: a hybrid-electric model, an all-electric model and a plug-in hybrid model.

Following the official global sales launch in July, Hyundai plans to being deliveries of its IONIQ range in the Middle East before the end of the year, with added focus on the hybrid variant.

“There is now little doubt that alternative fuels will power the cars of the very near future, but the path from where we are now to where we need to be is still unclear,” said Mike Song, Head of Operations for Hyundai Africa and Middle East. “We expect the industry will progressively move towards electric power as the cleanest, most efficient option, with the biggest question now being how do we generate and store the energy for electric motors?” 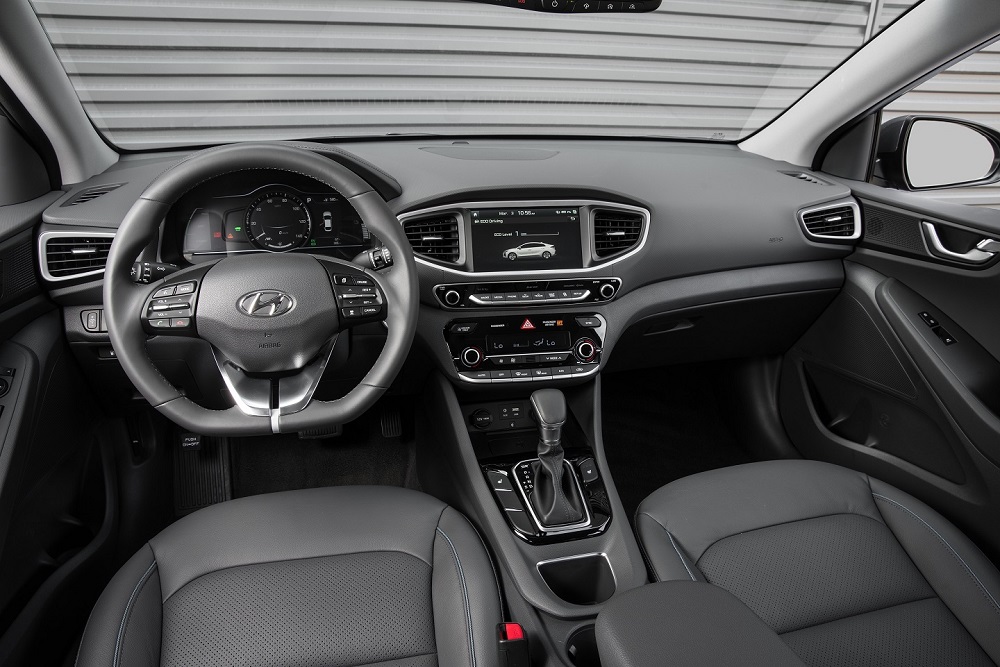 Both hybrid power plants feature a 1.6 litre GDI petrol engine which when combined with the 32 kW electric motor, deliver a combined output of 140 horsepower and 265 Nm of torque. The all-electric model on the other hand, only produces 118 horsepower but makes up for it with 295 Nm of torque.

The all-electric model offers a 29 kWh battery for an estimated driving range of 250km and can be recharged from a standard household socket. But to be even more practical, Hyundai has launched a fast charger that can top the battery up to about 80% in a matter of just 20 minutes.

“In the GCC in particular we are seeing high levels of official support for electric vehicles, which is part of a wider push in the region to use renewable energy,” said Mike Song. “Full electric vehicles can add value to investments being made in solar power, where recharging during daylight hours using renewable energy can create true zero-emissions motoring.”