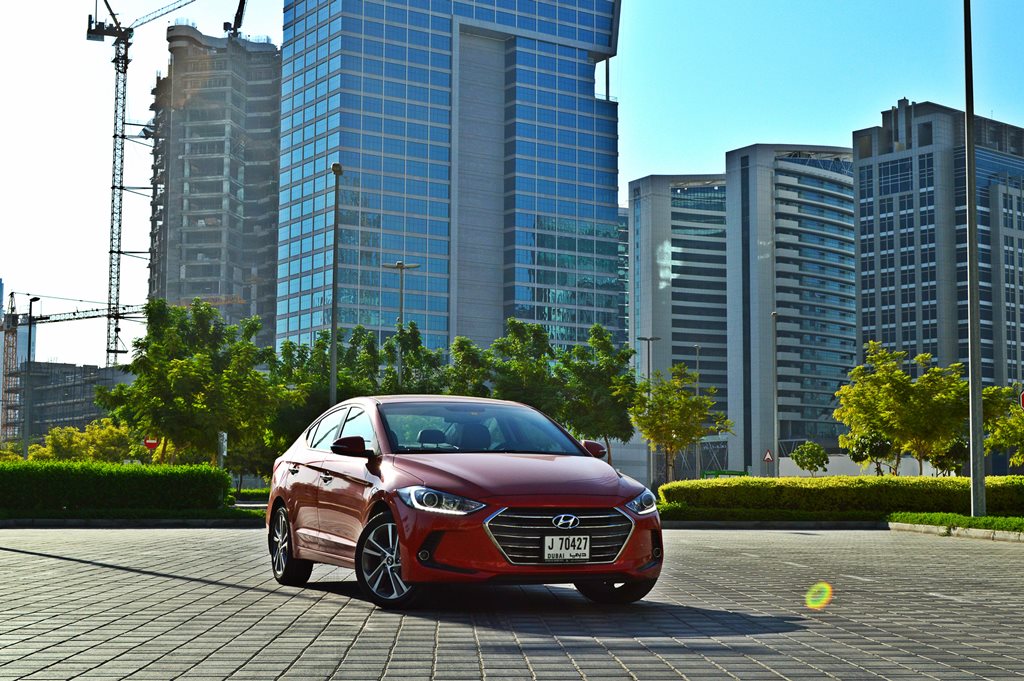 The Hyundai Elantra is an economical C-segment sedan that has graced the streets of the UAE since the early Nineties. Currently in its sixth generation, it is out to challenge preconceived notions and take its rivals by their horns. With practicality and affordability being its key differentiators, the Elantra faces competition from a few of Japan’s finest, the Honda Civic and Toyota Corolla. 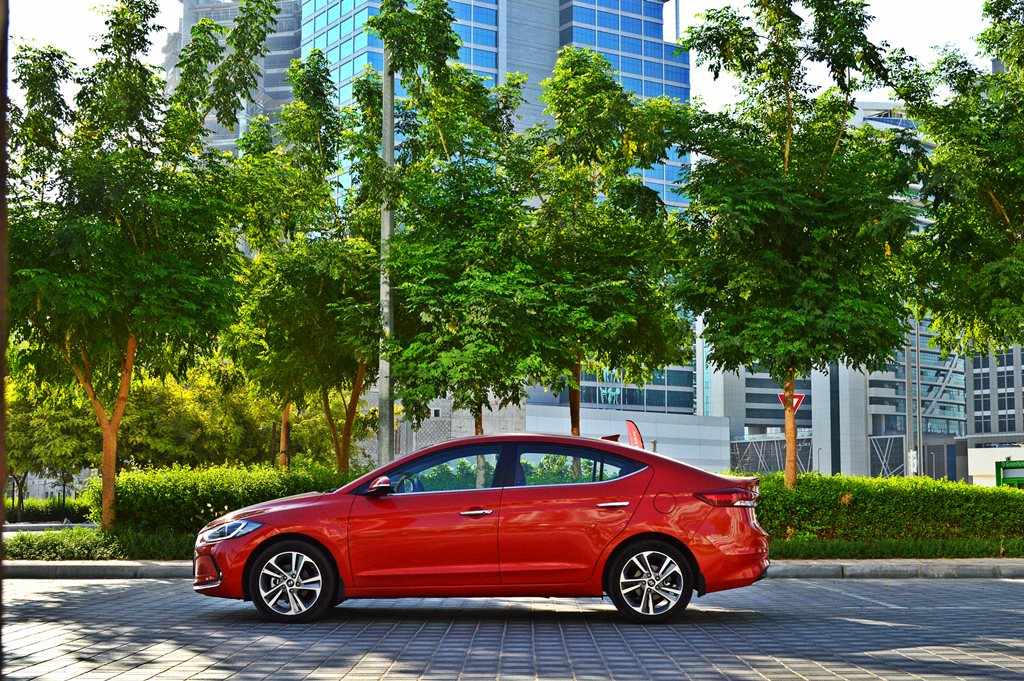 With a tasteful use of chrome, taut tail lamps and a darkened diffuser, the Korean sedan is a pleasant and aesthetically pleasing sight – a statement that can’t be made with the same vigor when referring to its rivals.

You might also be interested in: The Hyundai RN30 is the hot hatch you have been waiting for

Following the parallelogram-inspired design doctrine seen in other models of the manufacturer’s line-up, the 2017 Elantra further blurs the line that separates it from the pricier Sonata. Although composed majorly of hard plastic and leatherette, the cabin is far from dull. Hues in shades of amber, silver and black, embellish the cabin and add a dose of flamboyance to the design. 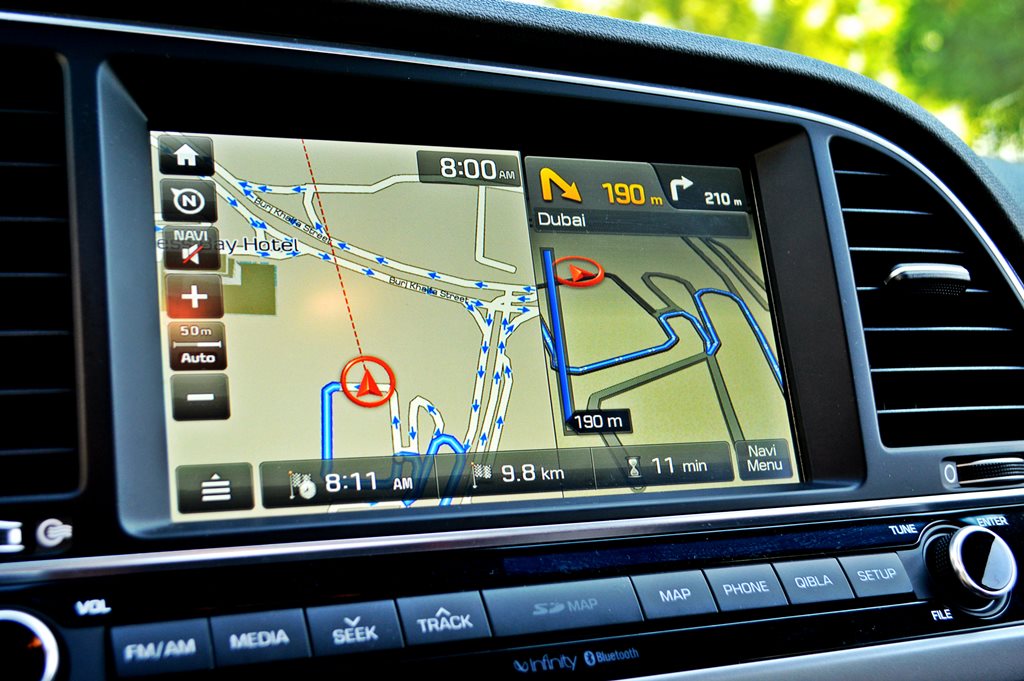 Offering great amounts of head and leg room for both front and rear seat occupants, in addition to rear A/C vents, the Elantra is a practical sedan that can seat up to five individuals comfortably. Working as a double-edged sword, however, the roomy cabin eats into the Korean sedan’s cargo space. Measuring in at 407 liters, the Elantra’s boot space is the least when compared to the Civic at 427 liters and the Corolla at 470 liters.

Staying true to the Korean mantra of offering technologically-laden offerings, the 2017 Elantra is filled to the brim with features such as automatic air conditioning, memory / ventilated seats, an Infinity sound system, and cruise control. Worth mentioning, is the phenomenally straightforward GPS system that doesn’t require you to have a PhD in electrical engineering to operate it. 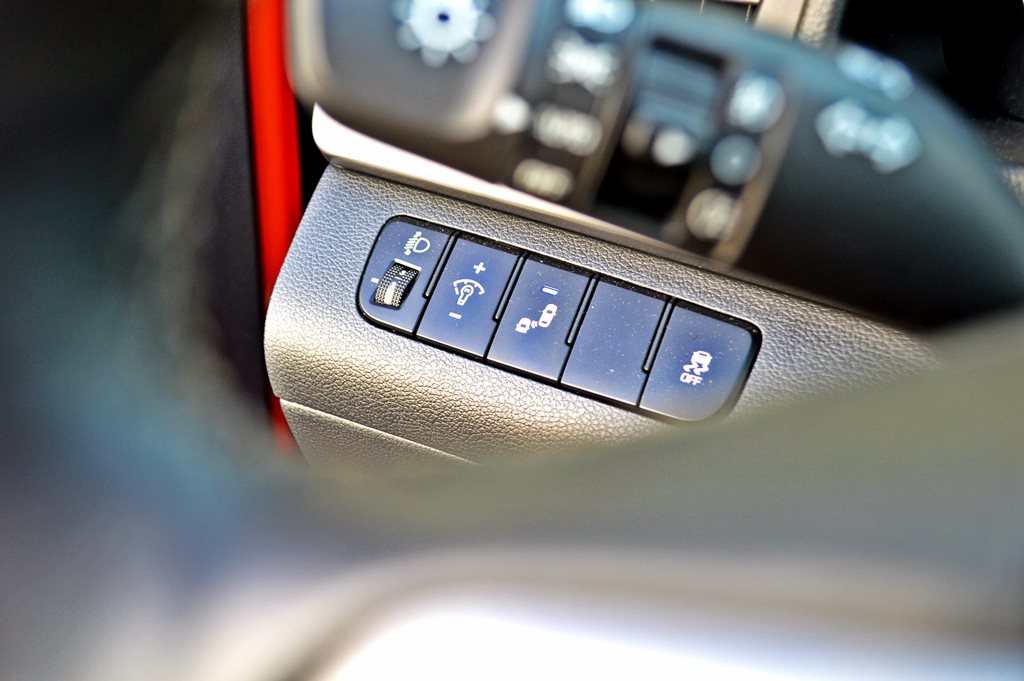 On the safety side of things, the Elantra flaunts the highest rating available from the Insurance Institute for Highway Safety (IIHS). Not much a surprise when it’s equipped with seven airbags, parking sensors, blind spot detection, electronic stability control, and traction control – features that are far, far superior to competing offerings in the same price range.

Flanked by the RPM gauge on one side and the speedometer on the other, sits a highly customizable digital display within the instrument cluster that offers drivers a wealth of information pertaining to, the navigation system, the audio system, and the vehicle itself. 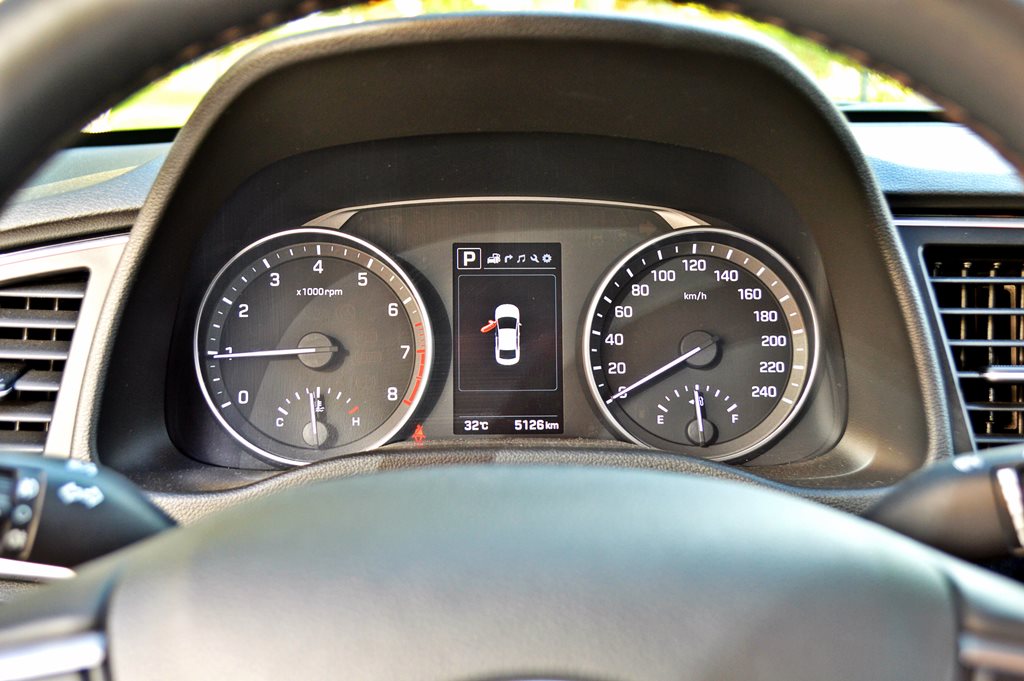 Mated to a six-speed automatic transmission, the 2.0-liter engine residing beneath the sculpted hood of the Elantra, channels 156 eager horses and 195 Nm of torque to the front wheels. Although figures prove the Elantra is 3 horsepower short of the Civic, it possesses a clear torque advantage over its Japanese rivals. 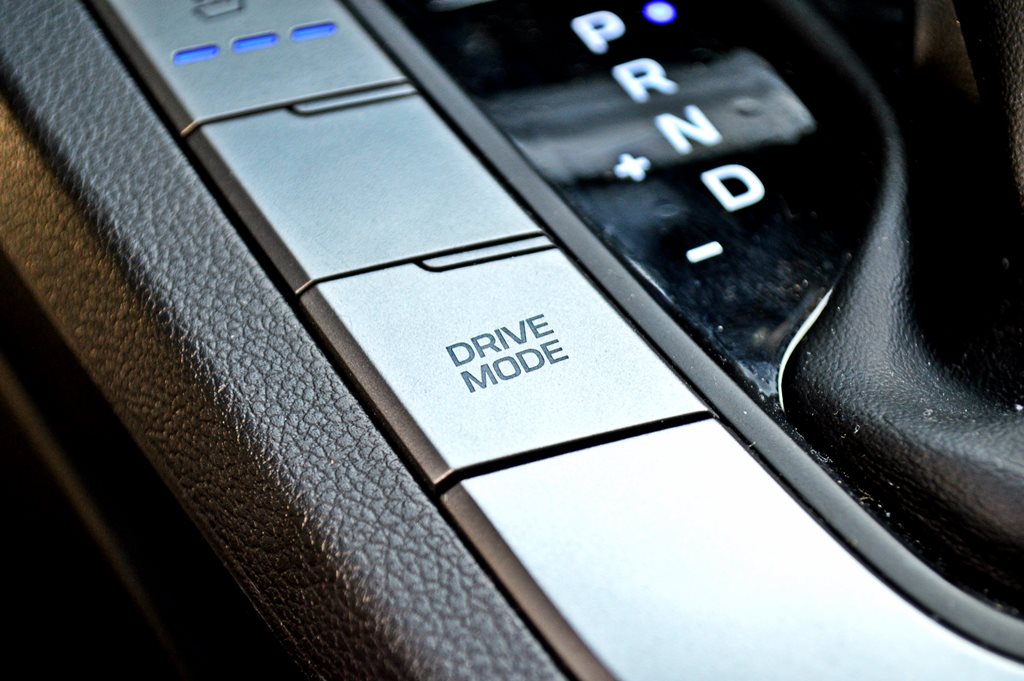 Equipped with a Drive Mode selector that offers three modes to choose from (Regular, Sport, Eco) the Elantra caters to different needs, all while returning a very respectable average fuel consumption figure of 8.8 liters / 100 kilometers. Due to a suspension set-up that falls on the stiffer side of the spectrum, the Hyundai Elantra offers good grip and is an astonishing amount of fun to drive once up to speed.

With a starting price of AED 59,900 for the 2.0-liter variant, the Hyundai Elantra 2017 is a shocking AED 9,000 less than the Toyota Corolla and a whopping AED 13,000 more affordable than the Honda Civic. Complimented by a seemingly endless list of features and a punchy engine, it’s a value proposition that is just too good to ignore. 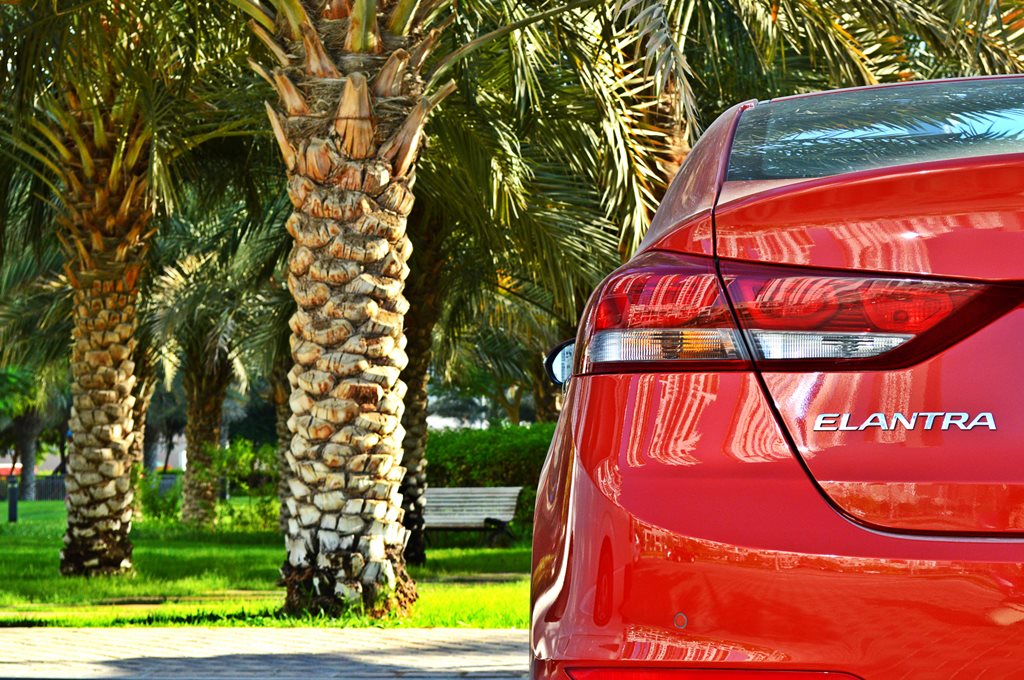 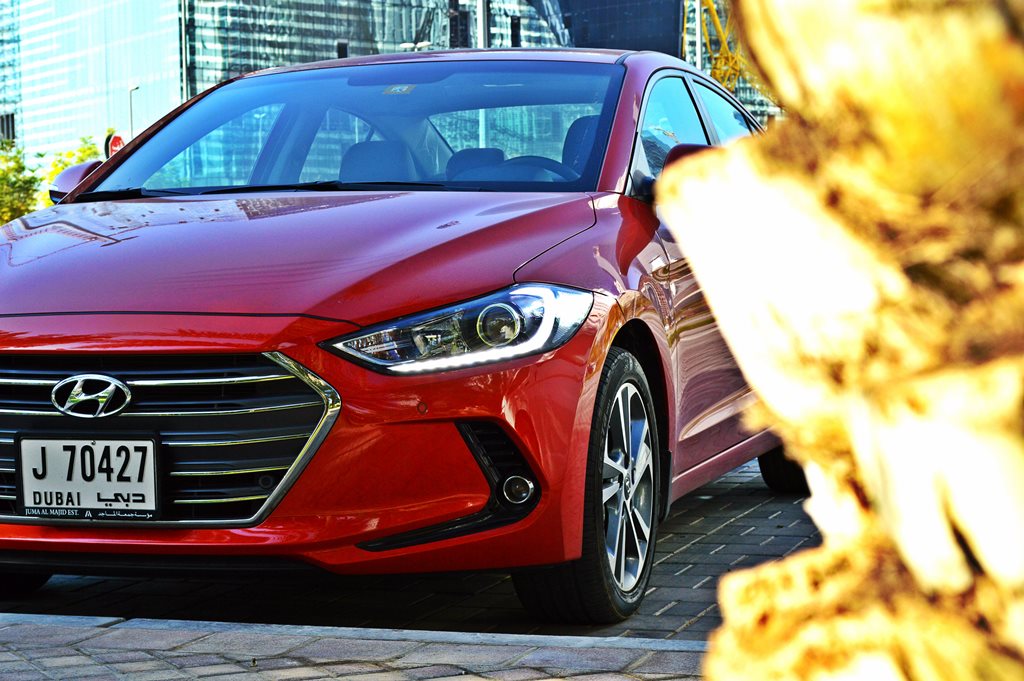